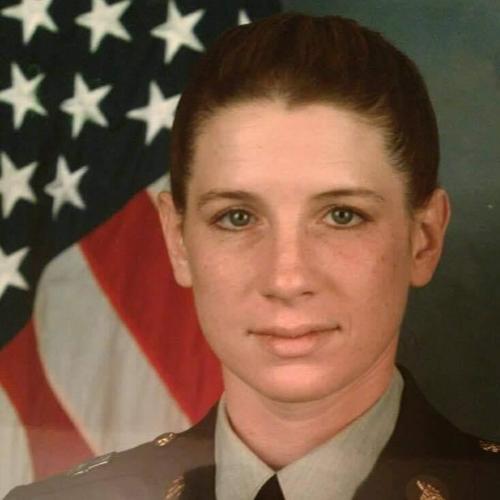 Stephanie Cameron served six years in the U.S. Army, including a stint at Fort Hood. 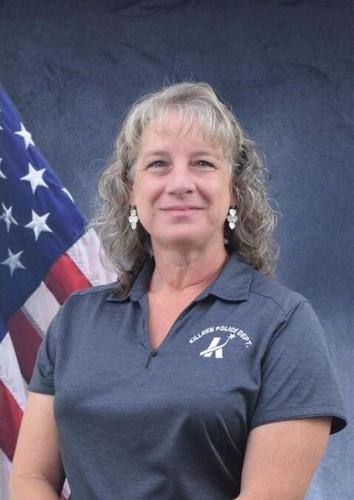 Stephanie Cameron served six years in the U.S. Army, including a stint at Fort Hood.

KILLEEN — Before she became a soldier, former Fort Hood Spc. (E-4) Stephanie Cameron had her sights set on a career as a physical therapist, but life took a detour after high school and she found herself one day at a recruiter’s office signing up for a six-year hitch in the U.S. Army.

Growing up in Bartlesville, Okla., about 45 miles north of Tulsa, Cameron participated in the usual lineup of sports — volleyball, basketball, softball, track, cross-country — and developed an interest in physical therapy as a volunteer for several years at camps for children with disabilities.

After graduation in 1990, however, her plans for the future changed.

“I kinda got sidetracked,” said Cameron, a longtime Killeen resident. “I ended up starting a family. Got married and we had two girls. Things were a bit challenged, and so I thought, ‘What other options do I have in my current situation?’

“The big industry in Bartlesville has always been Phillips 66. My mom worked for them, my granddad worked for them, and my dad was a teacher. So, if you weren’t kind of in those two professions, you didn’t have a whole lot of options.

“I decided to join the military when I was 21. I don’t know if I had just passed by the recruiting office or whatever, but I just thought, ‘You know what? Let me just see.’ It kind of went from there.

“It wasn’t an easy decision, but I had two children that I needed to do better for, so that’s what I did. Unfortunately, he (her husband) was not going to be the one to make the adult decision,” she said, laughing. “When I told him maybe joining the military was an option for me, he was, like, ‘Yeah, right. You’re not going to do that.’

“It was challenged accepted, at that moment.”

A few months later, Cameron was off to basic training at Fort Leonard Wood, Mo. Along with the usual rigors of boot camp, one other memory from those first weeks in a military uniform stands out.

“It was freezing,” she said. “I was there from the middle of November to mid- to late January. It was stinkin’ cold.”

“Physically, I wasn’t ready for it. I lost quite a bit of weight after I had my girls and so when I got there, they were telling me, ‘Oh, we’re gonna put meat on your bones.’ It was definitely challenging, but it also helped me kind of find my footing. Even though it was hard, it gave me that inner strength that I was looking for. It showed me who I was because I was able to push through all of that. I was able to withstand the challenges and grow as a person.”

After boot camp, it was on to AIT (Advanced Individual Training) as a biomedical equipment technician at Aurora, Colo. She had hoped to find a niche as a medic or maybe a nurse but was happy to wind up as part of the medical field.

When her nine months of training was completed, it was off to her first assignment in Dexheim, Germany. It was a pretty exciting time for a kid from northeast Oklahoma.

“It was cool to go overseas; to be able to see stuff and train and learn,” Cameron said. “But that’s … for me, I still enjoy getting the chance to go someplace new and see what it’s all about. I love it.

“My second year in Germany was not in Germany – it was actually in Bosnia. I got to Germany in January ’95, and I went to Bosnia in January ’96. I was there for a year and then went back to Germany for one more year before coming back to the States.”

After her time in Europe, Cameron served at Fort Hood until her contract was up. She reenlisted but, again, things changed and she decided to go ahead and get out.

“At that point, I was divorced and had custody of my kids. My parents were on my Family Care Plan, and then when my now-husband and I got married, he also had two kids. The possibility of both of us being gone at the same time was too huge, and that would be a whole lot to ask of anybody — to take on four children — and so we just decided since he had more time in service already, I went ahead and got out.

“Shortly after we married, he got a hardship tour to Korea, and so he was there for a year. Then, shortly after he got back from Korea, Iraq broke out and he was over there three times before he retired. It was good that someone was home with the kids, because that would have been a lot to ask of anybody.”

After the military, Cameron was a stay-at-home mom for a while, and then she decided to go back to school.

“I went to CTC (Central Texas College in Killeen) and did their phlebotomy course. But then when I was looking at the hourly rate for that (work), I would have been putting everything into daycare. So, I opted out of going into that, but I went ahead and got my Associate and Bachelor’s degree (Business Administration Human Resources Management).

“While I was still going to school, I worked at Shoemaker (High School) for a little over a year. I was in their student activities office, where all the kids come to order their caps and gowns, get their I.D. cards (and) different stuff. It was interesting, but it wasn’t quite where I needed to be.”

She landed a temporary one-year job with the City of Killeen Streets Department, and then was hired in September 2010 as a secretary for the Police Department’s Chief of Staff. A year later, she became KPD’s training administrator and has held that position ever since.

“I like what I do,” Cameron said. “It really fits — in my opinion — the way my brain works. It keeps me busy and makes me feel like I’m doing something that matters. That’s always important to me.

“I get to take care of a lot of things and a lot of people. I have a lot of autonomy … personal discretion. There are things that aren’t mine to decide, and I have to make sure I keep my lines clear. But that’s any job, right?”

Looking back at her decision to join the military, the 49-year-old mother of four says it was definitely a good move.

“Yes, it was. I was just having this conversation the other day. I feel like I found more of me in doing that. It took me away from my comfort zone.

“I’m actually going through that with some of my grown children. They have left the area and I’m like, OK, sometimes that’s what you’ve got to do to find yourself; to figure out how to make your life work. I feel like that’s a lot of what (joining the Army) did for me. It took me out of my comfort zone and made me come out of that fog I was in and really helped grow me up and make better decisions going forward.

“Then, too, I got the opportunity to see different parts of the world, even though sometimes it was not the most fun. I definitely have seen things that other people will never see.

“I definitely think it was the right decision for me (and) for my children … it helped to really make me who I am today, in a lot of ways.”

Cameron has been married now for 22 years to a retired Army vet and she says that although their busy schedules seem to get in the way too often, they both enjoy spending time doing pretty much anything outdoors.

“We just love being outside,” she said. “I would love to be outside gardening right now. We love to fish. We love traveling. Just enjoying life.”

Ok, so how many other veterans are working for the city? (Pretty sure that plenty), how is this new?

Do you think it’s a good idea for the entire Killeen City Council and mayor to attend the national AUSA conference in Washington?