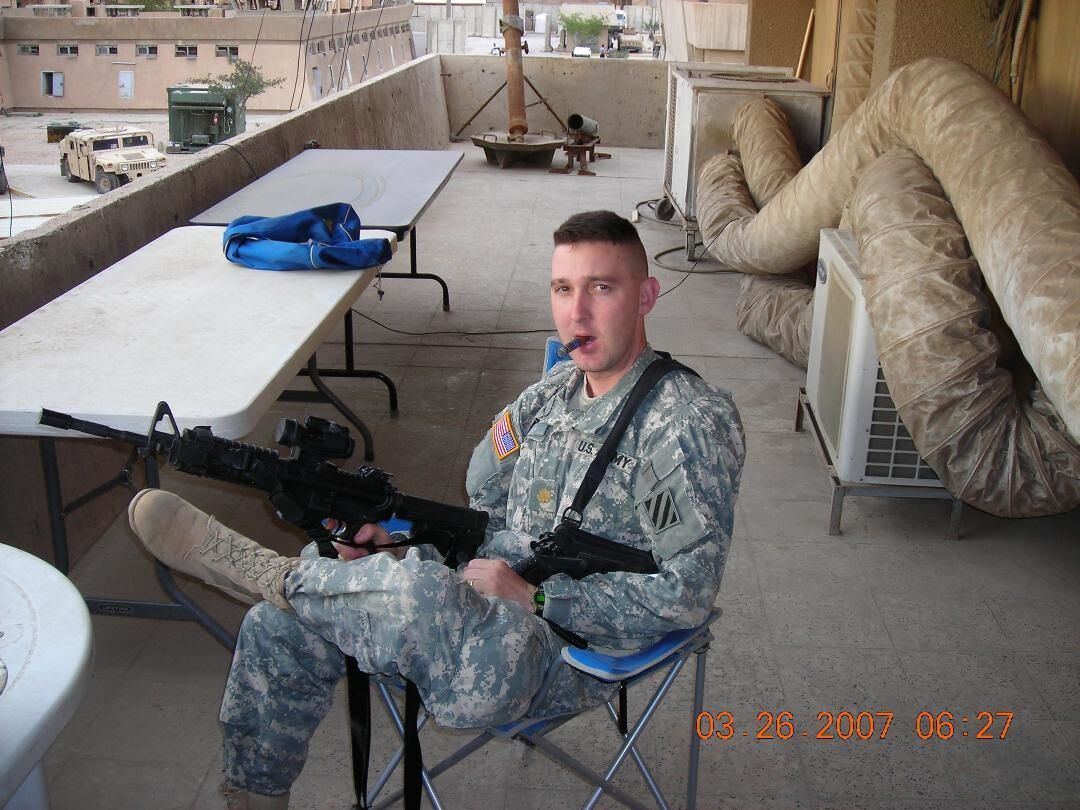 Courtesy Retired Lt. Col. Chuck Reed is pictured in March 2007 while on duty in Baghdad, Iraq. 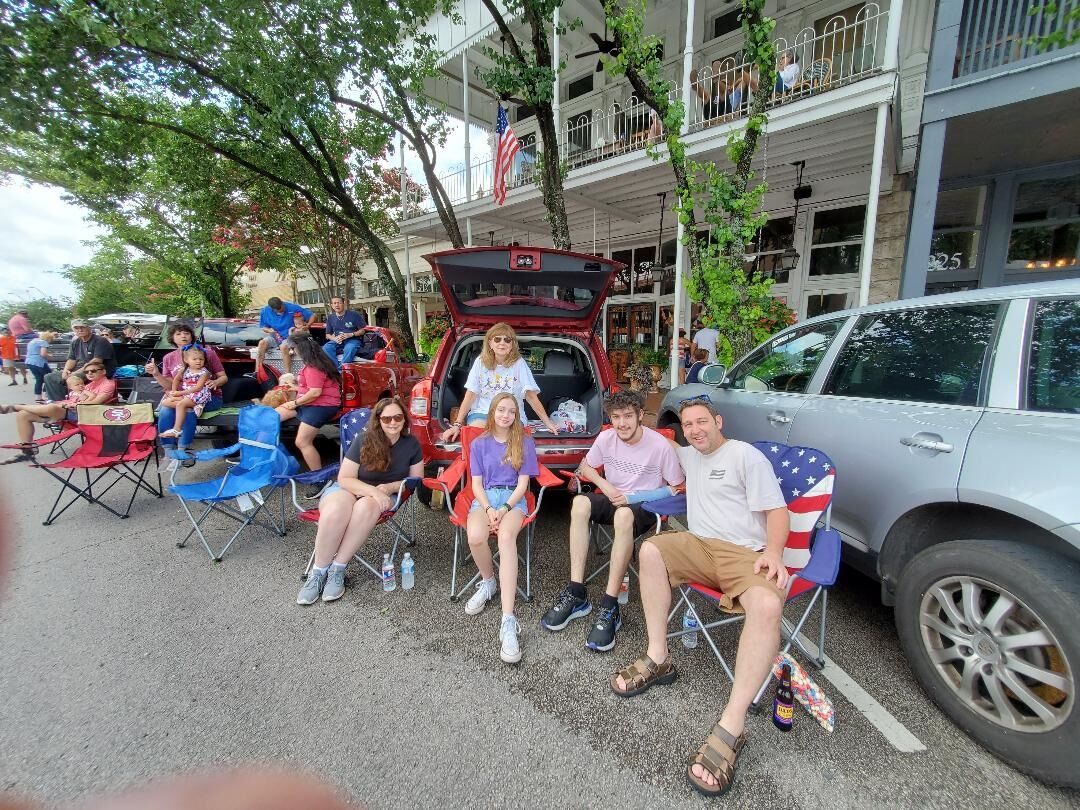 Courtesy Retired Lt. Col. Chuck Reed is pictured in March 2007 while on duty in Baghdad, Iraq.

COPPERAS COVE — Retired U.S. Army Lt. Col. Chuck Reed always wanted to be a soldier, and when it began to look like his unit would be sent to war in the Middle East, he and his fellow troops were ready and excited to go.

“Not as egotistical as the Marines, but when you train your whole career to fight, you get a chip on your shoulder. And when you wear your body armor and you qualify on your weapon; when you go to Ranger school; when that’s your career and you’re a professional soldier, by the time you get there (combat zone), it’s the Super Bowl.

“When the war kicked off in 2003, we couldn’t wait to go. That’s our chance to fight for our country; that’s why we joined. Some people get nervous about going to war — we wanted to go so bad.”

Reed was born and raised in Fort Worth, two hours north of Killeen-Fort Hood, and graduated from MacArthur High School in Irving in 1990. He spent the next two years in the Early Commissioning Program at Kemper Military College in Missouri, then headed to Texas A&M University as a second lieutenant in branch field artillery. He graduated from A&M with a bachelor’s degree in political science in 1994.

He was assigned to Fort Benning, Ga., he got married to Katherine Johnson in 1997 and attended the Field Artillery Advanced Course at Fort Sill, Okla., and combined arms staff services school at Fort Leavenworth, Kan.

Reed spent a year as battalion fire support officer at Camp Casey in South Korea, then came back and was stationed at Fort Hood. He became father to a boy and a girl before heading back to Fort Leavenworth, earning a master’s degree in military art and science before heading back to Fort Benning, where he served as brigade fire support officer, battalion operations officer and battalion executive officer for the 3rd Infantry Division.

His first combat deployment was March 2007 to June 2008, when he was awarded a Bronze Star for meritorious service. After being promoted to lieutenant colonel, Reed was named commandant of the Joint Firepower Course at Nellis Air Force Base in Las Vegas, Nev., where he trained more than 10,000 soldiers, Marines, airmen and sailors “in the use of joint fires and deconfliction of airspace.”

In 2011, he deployed overseas again, this time with the 1st Cavalry Division as an advisor to the Iraqi mayor and police chief in the city of Diwaniyah, Iraq, and received a second Bronze Star for that duty.

His second deployment was fairly uneventful with zero casualties recorded, but the first time in combat was a different story.

“We would look for ammunition caches and keep the town safe. Looking for IEDs (improvised explosive devices); going into houses; talking to people and finding out where bad guys are doing things. Our commander was real big on the more you do stuff, the less likely they (the enemy) are to do actions. So we were out so much that we had very little enemy activity. From 8 in the morning until 10 at night, we were constantly out on patrols.

“I can remember two times when we actually had to fight someone. One time, a sniper was shooting at us. The other time was an IED, but there was pretty minimal damage.

“It was the middle of the surge in 2007, and we lost 39 people out of our brigade. We had memorial services every couple of weeks. Our battalion only lost one guy toward the end of our tour. My second deployment, we didn’t lose anybody. Zero casualties. That was a good tour.”

Asked to describe the feeling of running towards bombs and bullets, having someone trying to kill you, Reed said this:

“Like I said, we had a chip on our shoulder. You dare them to fight — and they’re really bad shots.

“Their IEDs are a little intimidating, but I specifically remember some articles as we read their papers — we tracked them on Facebook; we did some things I can’t even talk about — and we knew what they were up to. Yeah, we lost some guys, but when we read their papers, they were saying, ‘What magical pills are the United States Army taking to be able to survive in 130 degrees running around in Humvees?’

“Bullets were bouncing off of our body armor, but it was the IEDs that got us. We studied war at Fort Leavenworth and there’s always some chink in the armor. The IEDs was that chink, unfortunately.

“I felt pretty confident going outside the wire. Our brigade commander said at one point, ‘You know, there’s leaders out there who say don’t salute me because the enemy will know who the leaders are. I want you to salute me because that’s how we’ll find the bad guys.’”

Reed retired from the military in 2014 with 24 years’ service. He says he “twiddled his thumbs” for a while, took a job with Child Protective Services, worked as a substitute school teacher, then landed a civilian job on Fort Hood “doing exactly what I did in the Army.”

In his spare time, Reed enjoys running to stay in shape and spending time with his family. He looks back fondly on his military service and says he is proud of being a soldier, despite sometimes having questions about some of the things he was ordered to do.

“We all kind of knew in 2007 that we were going to Iraq without cause,” he said. “The whole weapons of mass destruction thing …

“I remember at Fort Leavenworth, we had some awesome guest speakers come in there and Newt Gingrich (former speaker of the House) was one of them. I stood up one time and asked him, ‘Hey, sir, we went to Vietnam over the Gulf of Tonkin, which ended up being false. We went to Iraq over weapons of mass destruction, which is proving to be false. Do you think this is setting a dangerous precedent — going to war for no reason?’

“He got a little nervous and started tap dancing. My professor was like, ‘You shouldn’t ask questions like that.’

“We were servant leaders; we served our soldiers. That was my proudest moment — just taking care of the troops so that we could do what we’re asked to do. We don’t ask questions; we don’t ask why we’re going. We just do what we’re told.

“I am proud of my service, (but) I couldn’t wait for the 20-year mark (to retire). That was a mark on the wall. A lot of guys do 30 years, (but) I don’t know how they do it. The deployments take a toll. Fifteen months is a long time.”