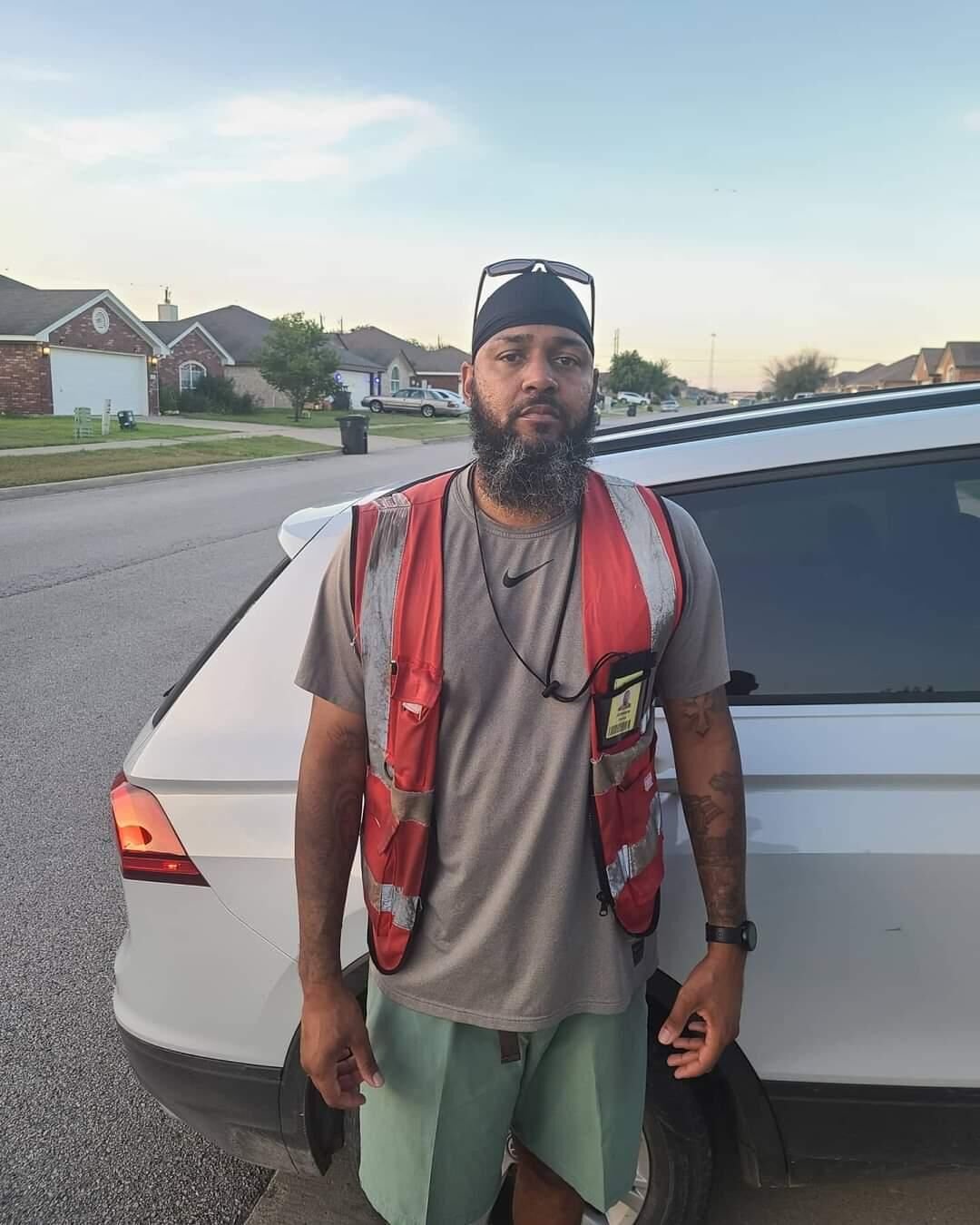 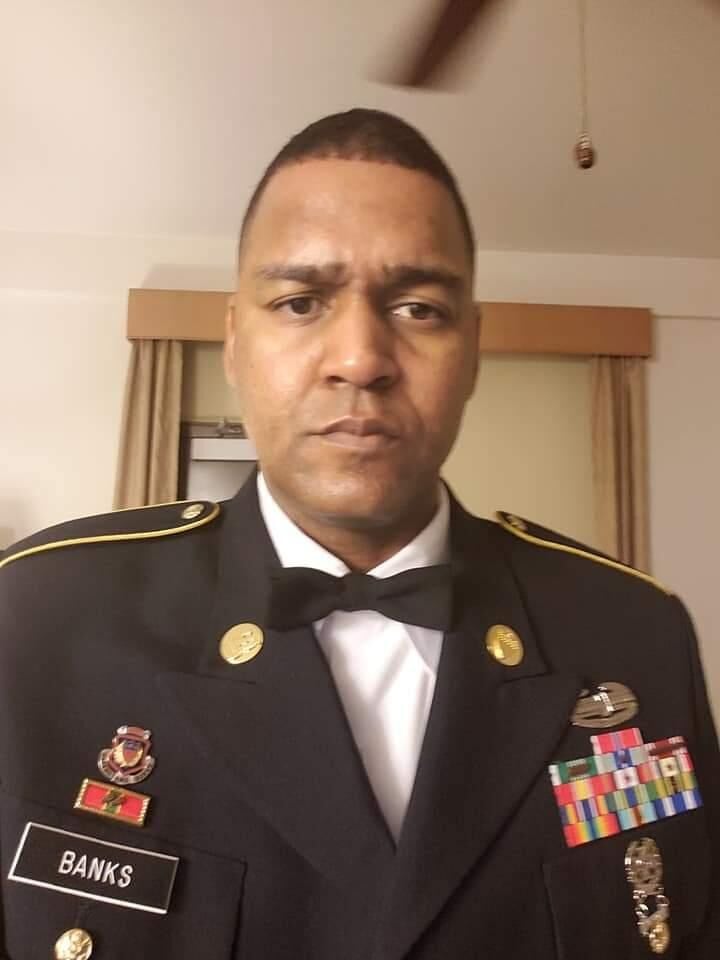 COPPERAS COVE — After retiring from the U.S. Army, Sgt. 1st Class Johnnie Banks tried his hand at selling cars, but soon found that while his years as a recruiter helped refine his salesmanship skills, the life of a used car peddler did not suit him.

“I retired in 2019,” the 42-year-old Copperas Cove resident said. “I kind of hung out for two weeks, then got bored. I applied for numerous jobs (and) the first one that called me was Automax, so I was a car salesman for two months. It was pretty easy. If you can sell the Army, you can sell a car. But Army values were instilled in me (and) Fort Hood is right there.

“I couldn’t get behind the fact that they were pushing people to try to take privates — who don’t have much money in their pockets — for a ride just so you can line your pockets, and then brag about it first thing in the morning. Their values weren’t in line with mine. I’m an honest person. I can’t lie because my conscience won’t allow it.

“So that didn’t work out. My little brother owns a distribution service provider for Amazon. We have 40 Amazon Prime vans in our fleet. We are based out of the Amazon warehouse in Round Rock and I’m an operations manager for that.

Banks, a self-described Army brat, was born at Fort Bliss in El Paso, moved to Germany for five years, then to Missouri, on to Kansas and Virginia. When his father was sent to Korea, the family stayed behind, alternating between Virginia and New York. There was another four years in Germany, then a stint in California and over to Texas, where Banks graduated from Killeen’s Ellison High School in 1997.

He enlisted in the military between his junior and senior years of high school, with big plans to see the world.

“I joined the Army to never return to the Fort Hood area again, and I spent nine years of my military career here. I was stationed here twice,” Banks said.

“I grew up with two brothers and we all fell in love with Germany. Since I enjoyed it so much, I thought, ‘If I enlist, I get to experience Germany as an adult.’ As it turned out, I was stationed everywhere but (Germany).”

After basic training and AIT (advanced individual training) at Fort McClellan, Ala., he was assigned to his first duty station in Korea as a chemical, biological, radiological and nuclear specialist. It was not his dream destination, but he wound up thoroughly enjoying it.

“I was an 18-year-old chemical soldier, living in a foreign country, getting paid on the firstt and the 15th. I had a blast. From there, I came to Fort Hood, where I was in 2nd Chemical Battalion.

“Then, I kinda got sick. I was diagnosed with Crohn’s Disease (a chronic inflammation of the digestive tract) and was not worldwide deployable.”

His next set of orders was for Fort Wainwright, Ala., and the 2nd Infantry Brigade Combat Team. The unit was set for a deployment to Iraq and despite his non-deployable status, he wanted to go.

“Imagine training for a sport and then you sit on the bench watching other people do it — that’s what it kind of feels like,” Banks said. “I was trying to act as if I was not not-worldwide-deployable, because we were set to go to Iraq, but they stopped me.

“I went to a gastroenterologist on post, got my profile changed and off I went to Iraq for 16 months. Literally days before we got on the bird to come home, we got extended for another four months and then put in another battle space.

“Of course, I had my fears. I’m a non-combat guy and I was in an infantry unit. I’m thinking, ‘Well, damn, it’s time for me to kick in doors, shoot, throw grenades,’ but no. I volunteered for that, but I was not allowed to do so because I was the only chemical guy there.

“There’s only one slot for a staff sergeant/sergeant first class chemical soldier in an infantry unit at battalion or brigade level. If that guy is taken out, you’re going to have to get somebody maybe at a lower rank who does not have the same experience.

“I was S3 plans NCOIC (noncommissioned officer in charge), so it was my job to make sure I put out the fragmentary order for the day. I did MDMP (military decision-making process) with all the officers putting plans into place for different missions we were doing out there.

“I had my soldiers that worked within the TOC (tactical operations center). I worked right outside the TOC in the S3 plans office, basically making sure the officers did what they had to do and didn’t f— off all day.”

Back home after his deployment, Banks eventually wound up being assigned as a recruiter. A lifelong introvert, he was not crazy about the idea, but soon discovered a knack for talking with young men and women about military careers.

“It was probably the best thing that could have happened to me,” he said. “It brought me out of my shell.

“I did have to learn a different approach in recruiting. I had to cut some of the tone off of my tone, so I didn’t come off as so aggressive.

“The Army was different by that time — a totally different culture. When I went in, you were kind of allowed to be (more) aggressive. Nowadays, soldiers can get away with pretty much anything, which is kind of unfortunate.

“A lot of discipline and the way we enforced standards is now considered not the way things are done. You really can’t hold soldiers accountable for their actions without them trying to … get you in trouble, let’s say. It’s definitely a different Army.

“I couldn’t be who I was then in the Army today. I would be in a world of trouble.”

He worked as a recruiter for four years at Pembrooke Pines/Hollywood recruiting station in Florida. When he was transferred to the tri-cities area in Washington State — Pasco, Richland and Kennewick — things changed.

“I was absolutely a fish out of water. I was the only person that looked like me over there. I did OK, but it was pretty rough … (due to) the color of my skin. I finished my 22 years over there. I always told myself I was going to stay in the Army until they kicked me out, but at the conclusion of that tour, it was time.”

He retired in December 2019 with 22 years’ service and two Middle East deployments, returning to Copperas Cove and the house he bought here in 2010.

Looking back, Banks says he has no regrets whatsoever over joining the military straight out of high school, and he would gladly do it all over again.

The married father of one says, however, that it is “heartbreaking” to see what is occurring now in Afghanistan following the U.S. troop pullout.

“When I was in Afghanistan, we were an NCO-led TOC (tactical operations center). Instead of the traditional captain in the battle captain’s slot, I was in that slot because I went to what is called battle staff (course).

“I’m pretty sure you’ve seen war movies, where you have the tent with all the maps, people on the radio … I was that guy.

“As a non-combat MOS, I was in a cav scout unit in the Big Red One (1st Infantry Division). My battle NCO was an E-5. Radio operators were privates. I had intel guys; artillery guys. I was intrinsically involved in every (enemy) contact that took place from 8 in the morning until 8 at night. So when anything happened on the ground over there, I was the first one to get that call. I’ve heard friends screaming for medivacs; artillery support …

“To hear that Afghanistan fell, it doesn’t feel good. I lost friends while I was there. There’s no way around the emotion that’s tied to that. I think that emotion is tied to any soldier who spent any amount of time there.

“When I was in Iraq, I played basketball one day and made plans with a young man to play some basketball when we got back (home) because he was a pretty cool dude — the next day he was gone.

“It’s never easy. Some people can get through it easier than others. Some just can’t get past it.”