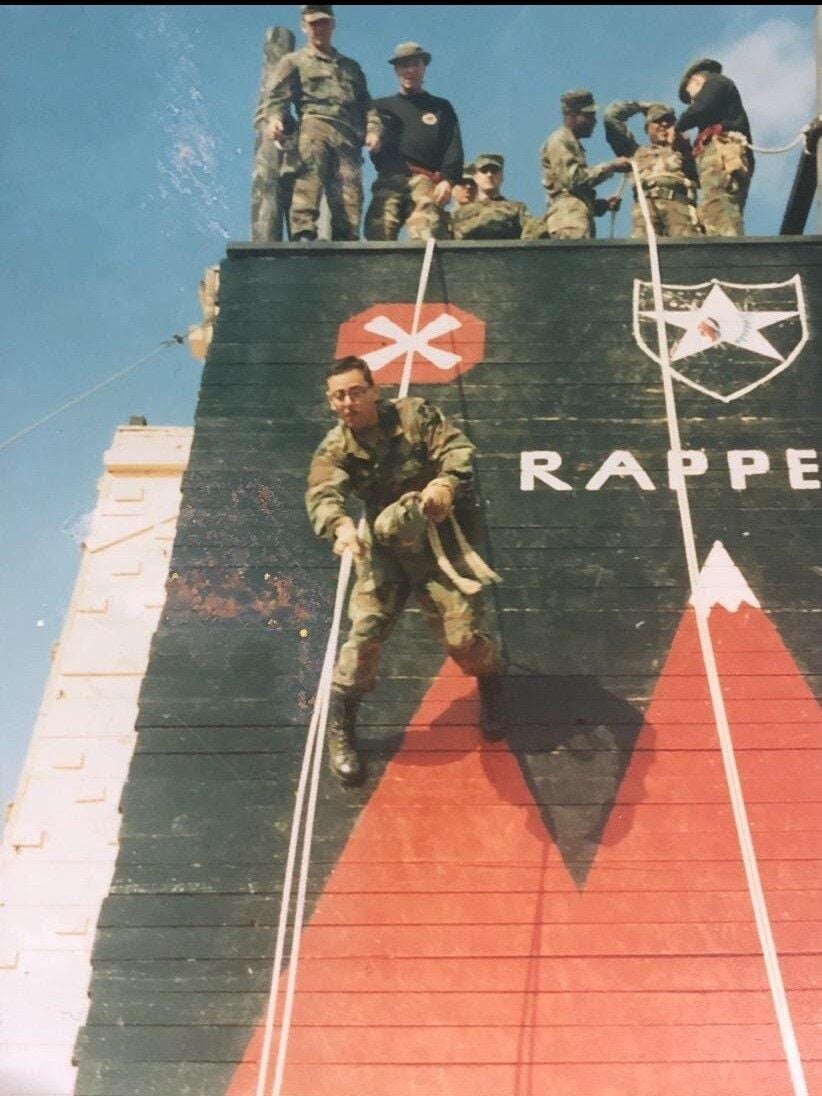 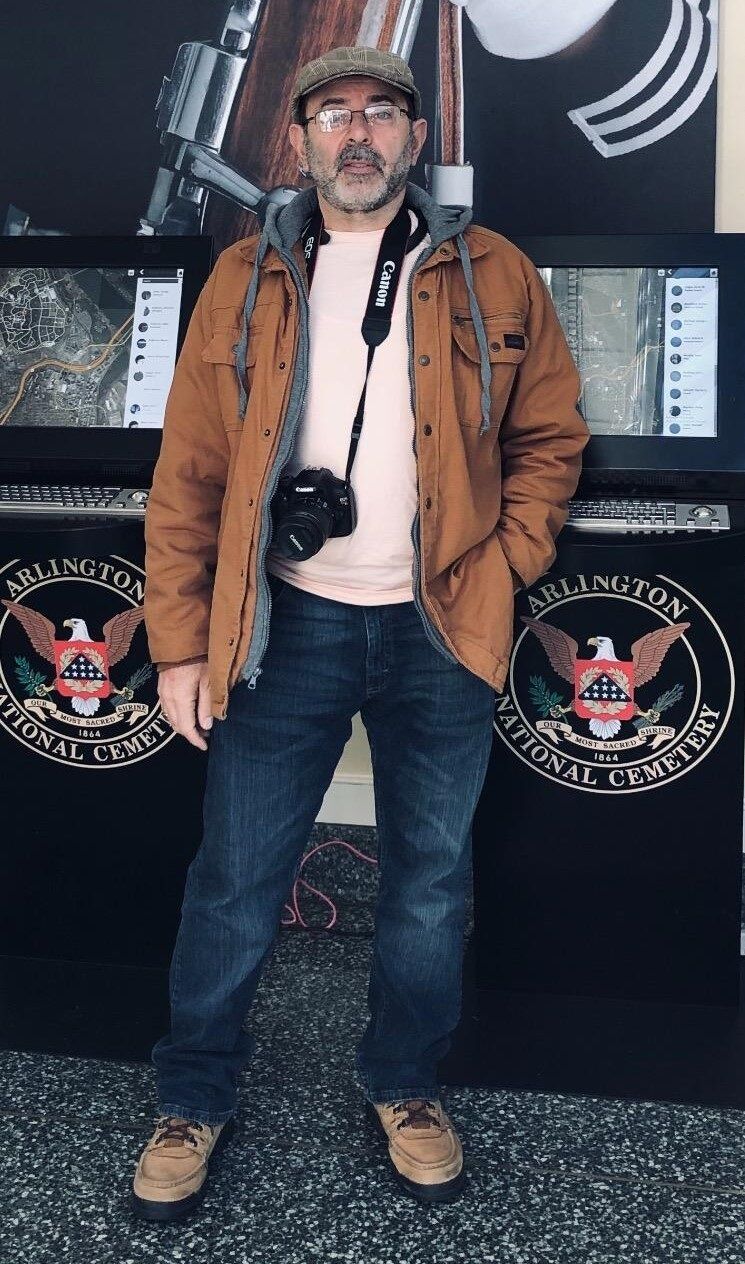 COPPERAS COVE — Retired U.S. Army Sgt. 1st Class Nabeel Sakhnini came to the United States from Israel when he was 17 with plans to attend college, then go to medical school and become a doctor.

He graduated from Gardner-Webb University in North Carolina with a degree in science and a minor in math in 1978, when he was 20 years old. Unfortunately, going to medical school proved out of his reach financially, and three years later, Sakhnini decided to join the military.

“It was too expensive. I just did not have the money to pursue my dream, if you will,” the 63-year-old Copperas Cove resident said. “I’ve always been fond of the military, since I was a child. I heard about the benefits for those who enlist, so I decided to give it a try. I worked for a couple of years after college, then I enlisted in 1981 and fell in love with it.”

Born and raised in Nazareth, birthplace of Jesus Christ, Sakhnini grew up with two brothers in a Baptist family. Most Israelis are Jewish, but he is a devout Christian who holds dual citizenship for the U.S. and his home country.

“First, I’m a Christian, and I’m an Israeli-Arab. I am not Jewish. This is where a lot of people get confused, because once you tell somebody you’re from Israel, they automatically assume that you’re Jewish.”

After graduating from high school in Nazareth, Sakhnini came to the U.S., earned his degree from Gardner-Webb, and wound up in the U.S. Army.

He attended boot camp and AIT (advanced individual training) at Fort McClellan, Ala. His strict upbringing back in Israel prepared him somewhat for the rigors of his new Army life, but it still took some getting used to.

“Of course,” Sakhnini said, laughing. “I had a head full of hair and a beard … all that was gone in a split-second.

“I was already structured because my parents raised me in a godly way. They raised my siblings and I to have good manners (and) respect for authority, so basic was tough, but it wasn’t too bad.”

Trained as an NBC (nuclear, biological and chemical) specialist, Sakhnini served four years with Fort Hood’s 1st Cavalry Division in the late 1980s. He spent time in Germany and Korea, as well, and finished his 20-year career at Fort Dix, N.J.

“I had 17 years’ active-duty and three years’ inactive. My last duty assignment was Fort Dix, N.J. I transitioned out of Fort Hood, but I retired out of Fort Dix. Most of my paperwork was completed at Fort Hood, even though I wasn’t assigned there at the time. I was able to transition from Fort Hood because I lived in Copperas Cove.”

His four years in Germany were probably the best of the time he spent in uniform, Sakhnini said, because it allowed him to get home more often to visit his family.

“Since I was close to Israel, I could fly there and see my parents and my relatives. Spend some quality time with them.

“My parents were very proud. One trip — it had to be in the mid-80s — I took my Class As and they were just beyond themselves when they saw me in the uniform. Some of my relatives started saluting me and all that … we had a good time.”

After retiring from the service, Sakhnini worked for a while with a brother who owned Bill’s Muffler Shop in Copperas Cove. The job was enjoyable and paid fairly well, but was not satisfying, so he wound up deciding to get his teaching credentials and become a math teacher.

“I was making pretty decent money, but I knew that was not what God called me to do. This is where I began to pray, and the Lord revealed to me that he wanted me to become an educator, so that’s what I did.”

Sakhnini, whose friends call him “Bill,” spent 22 years as a math teacher in Copperas Cove before retiring last school year. Now, he is able to spend a lot more time with his church and his family. He recently returned from a trip back home to Israel to visit his aging parents and hopes to spend more time with them in the coming years, as well.

He looks back on his military service with pride and satisfaction. He used to think about how his life might be different had his plans to become a doctor panned out, but firmly believes it was just not meant to be.

“Years ago, it would cross my mind, but then I learned to close that chapter for good and just deal with what God has blessed me with,” said the father of five who has been married to wife, Angela, for 29 years. One of his daughters served eight years in the Army, including a tour in Iraq, and a son is a master sergeant in the U.S. Air Force.

“I really enjoyed the military, and I continue to enjoy the benefits that I reaped from being a soldier. I still miss it sometimes, but God had other plans for me. I miss the exercising on a daily basis, and certain other aspects of it. The deployments and being overseas — not so much.

“Of course, today’s Army is nothing like the old Army, but I encourage everyone who is considering it to give it a try. It turns kids into men. The military will teach a person so many things about life. It will help them become more resilient; relentless. Teaches a person to become a hard worker; not to take any shortcuts and so on.

“So I highly encourage anyone who is thinking about making that decision to go for it. You won’t regret it.

“One thing I’d like to mention is that when I started teaching in 1999 … the state of Texas is really good to its veterans, so I was able to buy five years of military service credit. At that time, I think I paid maybe $8,500 — now, of course, it’s much more than that — so I retired with 22 years of teaching, but towards my (teacher) retirement and pension, I have credit for 27 years of teaching.

“Sadly, a lot of veterans don’t know about this, so every chance I get when I’m talking to a veteran teacher, I ask that question. A lot of them, if not all of them, are pretty surprised when I tell them about it.

“I enjoyed teaching. I believe that is something God intended for me to do. Now, I want to be more involved in my church; more with my family. I want to be able to travel more and get some projects done around the house. That’s my plan.”

Excellent story John! I met Bill many years ago and like his late brother they are/were as we say "Good People". Thank you for sharing his story.