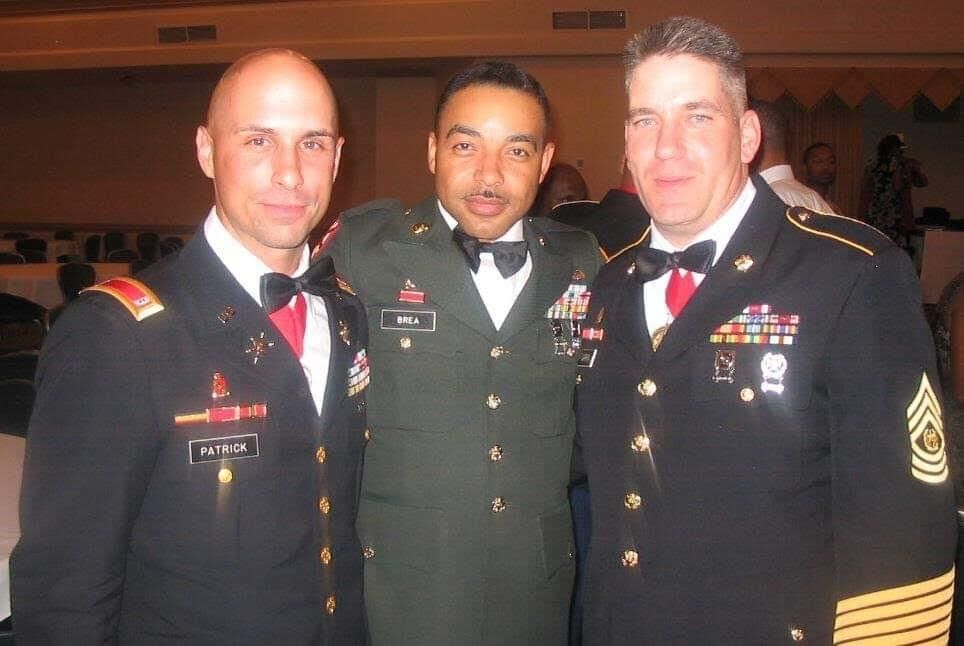 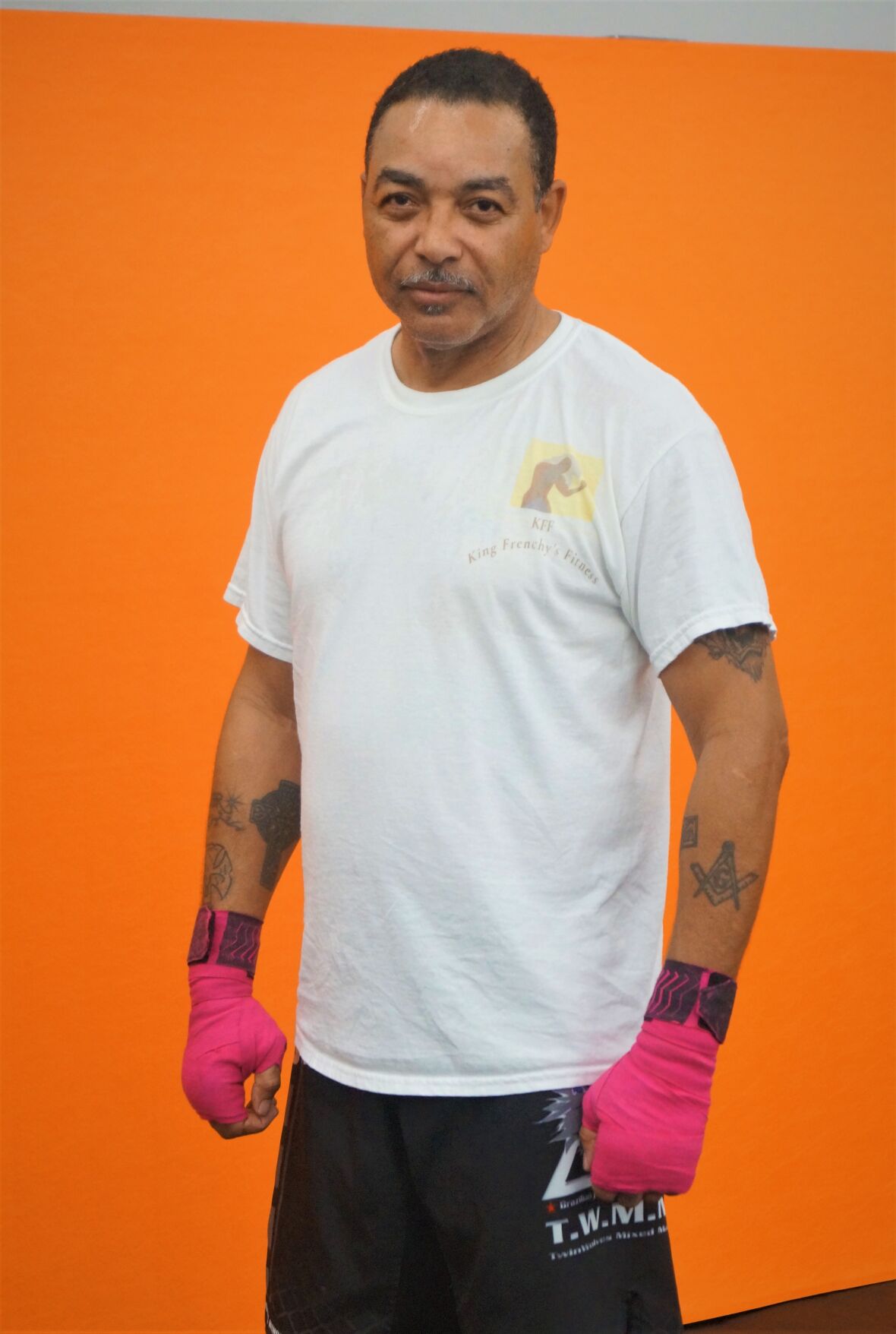 KILLEEN — Retired U.S. Army Sgt. 1st Class Roboam “Frenchy” Brea was born in Haiti and lived there during the reign of dictator Francois (Papa Doc) Duvalier before his family fled to the U.S. when he was 7.

Now 58 years old and working as a boxing coach, strength coach and personal trainer at Twin Wolves MMA in Harker Heights, Brea says he gets both saddened and angry when he hears people complain about the United States.

“All these whiners these days — these millennials — piss me off,” the Killeen resident and father of four said. “It bothers me so bad that I want them to come here and take one 30-minute training session with my guys. They won’t be able to hang. They’re gonna start crying, ‘I want my panic room,’ or whatever it’s called.

“Sure, we have problems, and I understand that. But, to me, this is the greatest country in the world. Where I came from, they would pull you out of your house and shoot you.

“Here, I know what it’s like to live in a country where I can walk free and talk s***. Freedom of speech? Try that where I’m from. There is no such thing. You’ve got freedom of getting your tongue cut off, depending on who you say something to.”

By the time he graduated from high school in Chicago in 1982, Brea was headed for serious trouble. He had gotten heavily involved in gangs three years before and began to see that his life was heading nowhere fast.

“I was into some serious stuff,” Brea said. “The people I gang-banged with … we used to talk about it: ‘Man, this can’t be what we do for the rest of our lives.’

“We had some older O.G.s (original gangsters) who would say, ‘You don’t want to live my life,’ and I listened to them. They’d tell me stories, and I’d see the bullet holes and knife holes in their bodies. I’m thinking, ‘Yeah, you’re right.’

“Then, one day I saw my mother crying. She was saying, ‘Son, you’ve got to do better.’ I had some friends who died and stuff like that. I always wanted to be in the military since I was a little kid, so I decided it was time for me to get out of that life.”

Not long after finishing school, Brea enlisted and soon headed off to basic training at Fort Dix, New Jersey, where he also attended advanced individual training (AIT) to become a mechanic.

After spending several years looking for trouble on the streets of Chicago, he needed a little attitude adjustment when he got off the bus with the other recruits.

“I got into some confrontations. I had to throw some blows a time or two. People were from different hoods somewhere and they looked at me and saw this little, small, light-skinned guy. I looked at them, like, ‘Hey, you don’t know my background, brother. Don’t do that s*** to me.’”

His first duty station was Fort Campbell, Kentucky, as a member of the famed 101st Airborne Division. After three years there, he was assigned to Germany, then back stateside to Fort Hood. He also served missions in Haiti and Korea, as well as several deployments to the Middle East before retiring in 2008 after 23 years and seven months’ service.

Some of the things he saw in Iraq and Afghanistan still haunt him to this day.

“Oh, yeah, I saw some s*** over there. I was point man on one mission, going through this village, and we hit this corner and there was nothing but dead bodies in the street. People with their heads cut off; blood everywhere. You could smell that copper smell.

“The majority of them were kids, and no one we talked to (to try and get information) would tell us anything. They were scared. They knew somebody would come after them if they spoke, so … that sticks with me to this day. It still hurts.”

After he left the military, Brea headed back to Afghanistan for a year to do some contract work, then came back home to central Texas and found a job he loves at the gym owned by his friend, Hector Ruiz.

“If you look at it, we — soldiers, veterans, first-responders, even civilians who might be going through some bad PTSD stuff — need something to get our mind off of certain things. This is a safe place where we can take out our aggression on the punching bags, build our bodies, lose weight. It’s a great stress reliever.

“I’m very glad I joined and got to serve my country. I wasn’t born here, but I still consider this my country.

“Two things made me who I am — my exploits in Chicago and my military career.

“I just decided I had served my time. The way some of the things in the military were changing … when I came in, it was like, ‘Hey, you’re going to do what I tell you to do.’ There was no pulling out a stress card. It was time for me to go.”

Last year, he wrote and published a book of poetry now available on Amazon. The book is titled, “I introduce you to, Pain,” and he is currently working on another.

“It’s about things I went through,” said Brea (whose first name is pronounced Ro-bahm). “I know other people are going through the same things, but they can’t put it into words, so I decided to do it for them.”

“I am all that is dark and lonely,

“I am all that is proud and defiant.

“I am all that is ever watchful.

“I am all that is strong and weak.

“I am all that is beautiful and unseen.

“I am all that is kind but vengeful.

“Vengeance for those that hurt you.

“Am I love or despair?

“Am I love or conceit?

“Am I loving or selfish?

“Am I love or greed?

“Confused sometimes I am, for without you, all I have is nothing.”