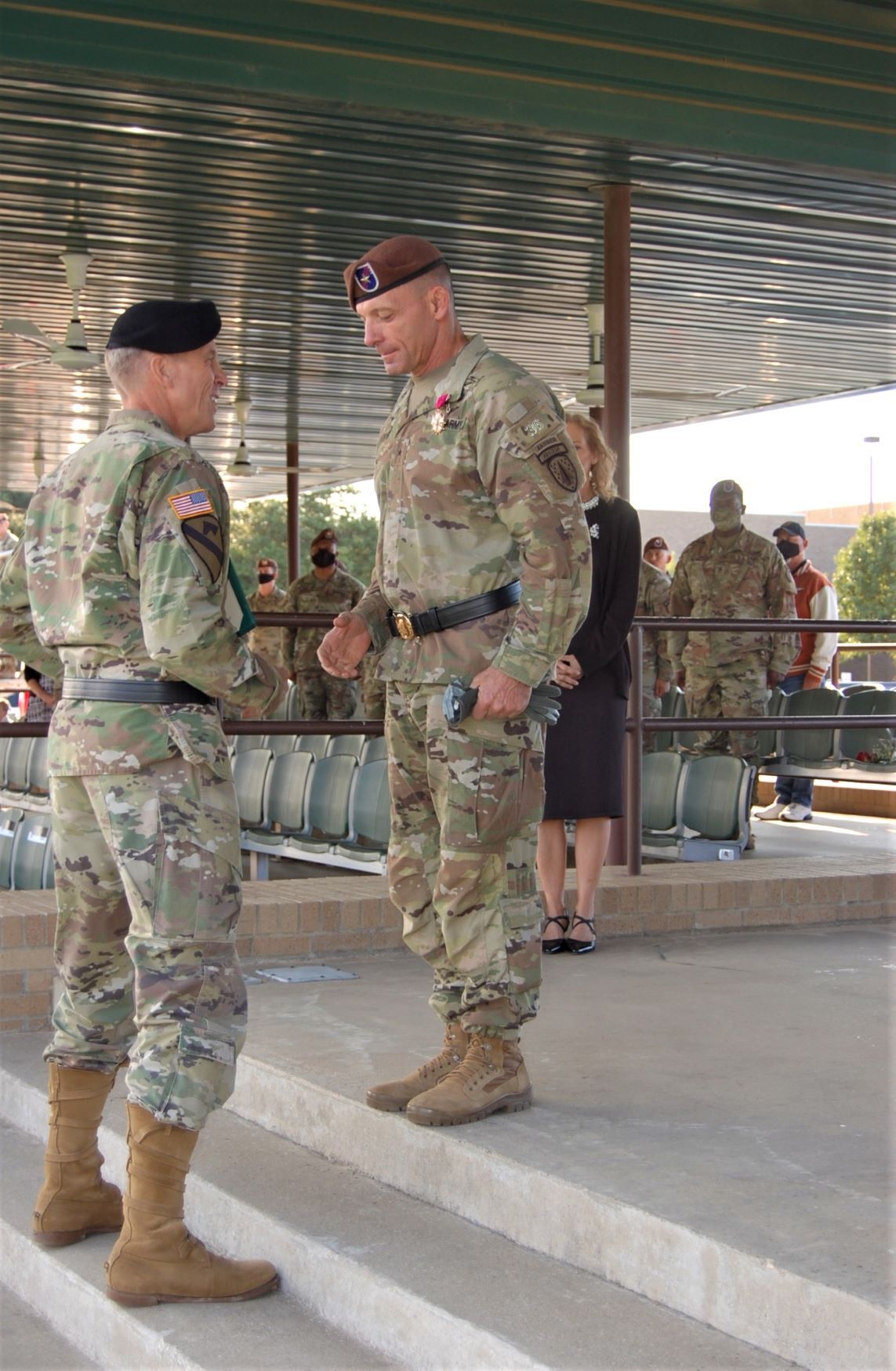 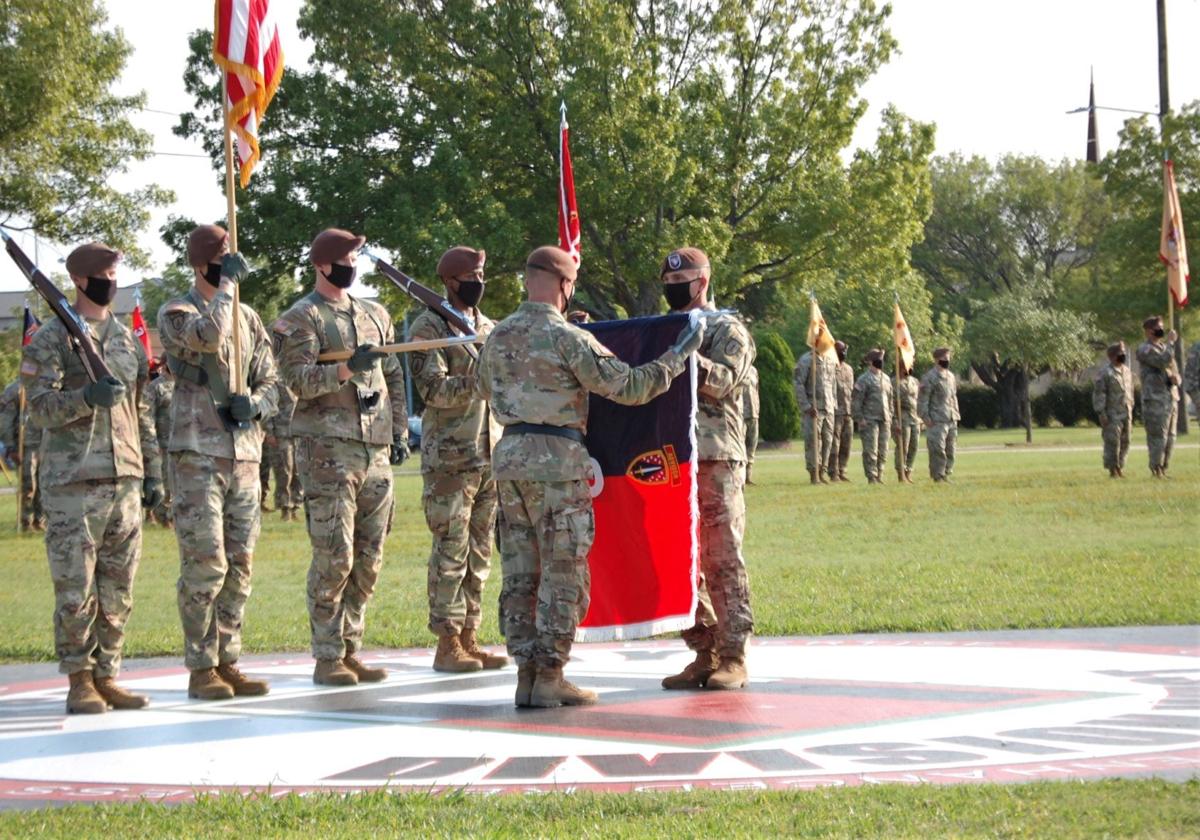 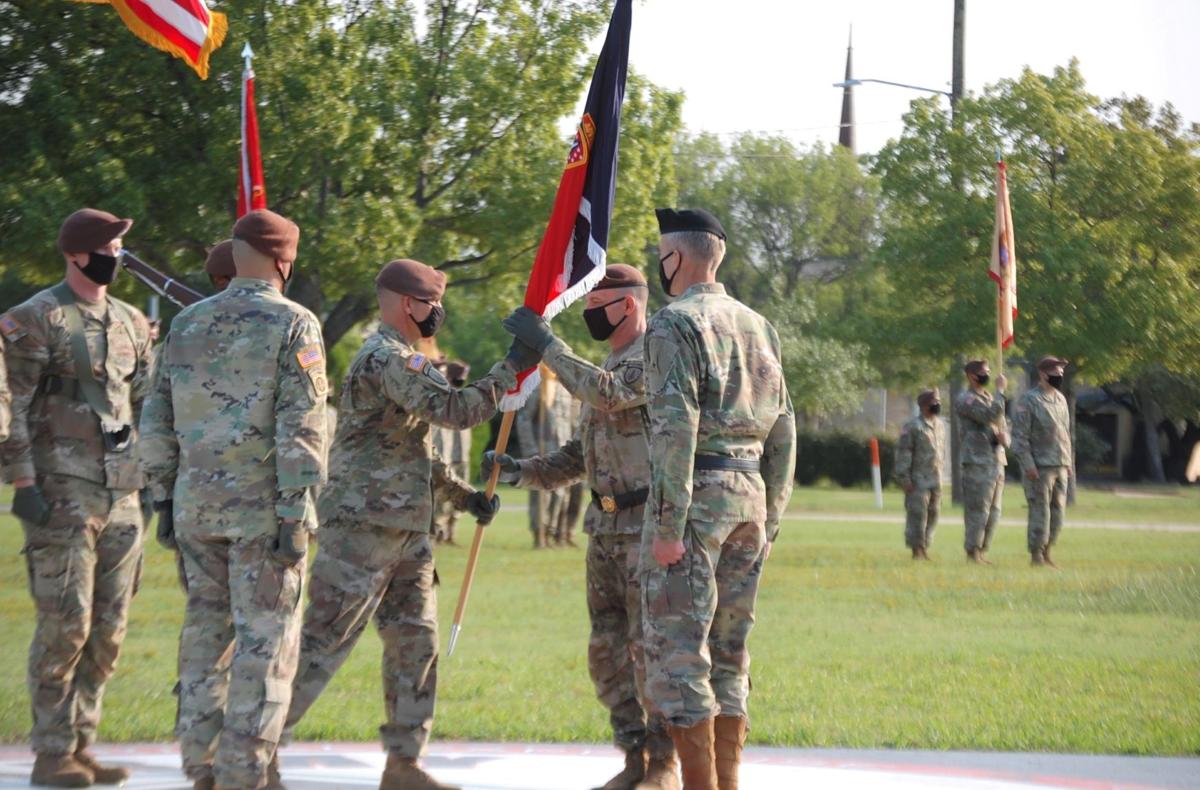 The 3rd Security Force Assistance Brigade’s return from Afghanistan was celebrated after supporting Operation Freedom’s Sentinel in Afghanistan, and Operation Inherent Resolve in Iraq, during an uncasing ceremony on the First Army Division West parade field on Thursday.

Maj. Gen. Scott Efflandt, the former deputy commander for operations for III Corps and Fort Hood, said the ceremony served as an important landmark for the two senior Army officers, and was also an opportunity to recognize the great accomplishments of the advisors and their families of the brigade.

“The senior leader of the Army knew that (Masaracchia) was fit for the job — in just 15 months, Mas and his team stood up the organization, trained and certified the team, and kicked some incredible tail at (Joint Readiness Training Center, Fort Polk, La.),” Efflandt said. “On schedule, they deployed to (Central Command), specifically Afghanistan, and this is no small feat, and one that few leaders have ever had a hand in orchestrating.”

Efflandt said Masaracchia’s tenacity was unmatched and his leadership was of the highest caliber, observable in the soldiers on the field during the ceremony.

Masaracchia said he had never been as proud of an organization for its accomplishments as he has of the brigade.

“The skills, professionalism, and maturity, you displayed during our first combat deployment made our foreign security partners institutionally viable, capable of defeating ISIS, and standing against the tyranny of the Taliban,” Masaracchia said. “Because of your efforts, hopefully we will see peace again for the people of Afghanistan.”

Masaracchia said the brigade accomplished what most individuals said would fail because of the brigade staff’s persistence in pursuing what right looked like, and was a testament to the organization’s success, and accomplishments during the deployment.

“We had Afghan presidential elections that were so successful, we not only got one president, but we got two presidents,” Masaracchia said. “We thought we would execute an election run-off and you planned and rehearsed with our partners to ensure what was expected to be more violently contested, would be executed without incident.”

Masaracchia discussed the brigade’s assistance to the Afghan forces in their battle against ISIS and Taliban resurgent forces.

“We then defeated ISIS in southern Nangarhar and then in Kunar with our Afghan partners, and then saw the resurgence of the Taliban in the northern part of the country applying pressure to Field Marshal Dostum’s forces,” Masaracchia explained.

Masaracchia spoke of how the brigade dealt with the coronavirus pandemic that occurred during the unit’s deployment.

“COVID hit and we went from face-to-face, flying-to-advise, and driving-to-advise with our partners, to what we now know as virtual advising, teaching us that effective advising is built off of mutual trust, and the importance of building trust with our counterparts when we have the opportunity to be shoulder-to-shoulder with them,” Masaracchia explained.

Masaracchia said the soldiers advised their foreign security force partners through the increased violence resulting from U.S. and Taliban peace negotiations, Taliban prisoner releases, flooding, onset of the U.S. forces drawdown, base closures, and the continuous reallocation of combat power throughout the country.

“Our organization had a multitude of accomplishments during our deployment and were able to persevere through an ever-changing environment while dealing with a global pandemic, Masaracchia said. “Your advice, mentorship and training empowered our partners, making them more professional and more capable of dealing with the challenges that lay ahead. Your efforts were not lost on them as we saw our Provincial Governors selected for Ministerial-level cabinet positions, Corps Commanders chosen to lead recruiting efforts for the Afghan military, and National Directorate of Security Chiefs selected for national level positions.”

Masaracchia said the advising efforts were recognized by the President of Afghanistan, which resulted in the awarding of the Afghanistan Government Medal for Outstanding Military Service, for the unit’s hard work with Afghan partners in the fight against Da-eash and the Taliban.

“We would not have received these honors without the tireless efforts of your teams in establishing these lasting relationships,” Masaracchia said.

Staff Sgt. Alex Lafont, a combat medical specialist with the brigade, served as a primary medical advisor and personnel management for his team during the deployment .

“During the deployment, I was tasked with the Afghan brigade’s personnel management team, so I was advising them on how to keep track of personnel, increase recruitment, track their pay, and help them improve their system,” Lafont said.

Despite nearly 20 years of U.S. and NATO forces operating in Afghanistan, Lafont believes this brigade’s efforts in Afghanistan are still yielding positive results.

“I do think so because primarily this deployment has been very different from my past deployments where every mission was kind of combat-focused, so you didn’t really get to see the direct impact that your team had, “Lafont explained. “Whereas with this deployment, as you work with individuals, you can see a shift in the things they (foreign security partners) believe in, so on a personal level yes, I felt as those we made positive changes.”

Masaracchia officially handed command of the brigade to Col. Michael J. Trotter at the end of the uncasing ceremony. Trotter’s previous assignment was as the commander of the 1st Armored Brigade Combat Team, 1st Armored Division, at Fort Bliss.

“I am truly humbled and honored to join your ranks, I cannot tell you how much pride we have in joining this rank for an organization that has volunteered twice, to join this United States Army, and to volunteer again to serve in this unique and distinct organization,” Trotter said. “You truly represent all that is great in our Army, and in our nation, and I am humbled to join the ranks of the 3rd SFAB.”

“We conducted hundreds of advising missions and enabled operations with our Afghan partners, Grimes said. “Advised units conducted a multitude of missions to provide security for the Afghan people while working to eliminate terrorist safe havens.”

Grimes said the 3rd SFAB’s leadership and advisors helped successfully validate the security forces advisory brigade concept by developing on the successes of the 1st and 2nd SFAB deployments to Afghanistan.