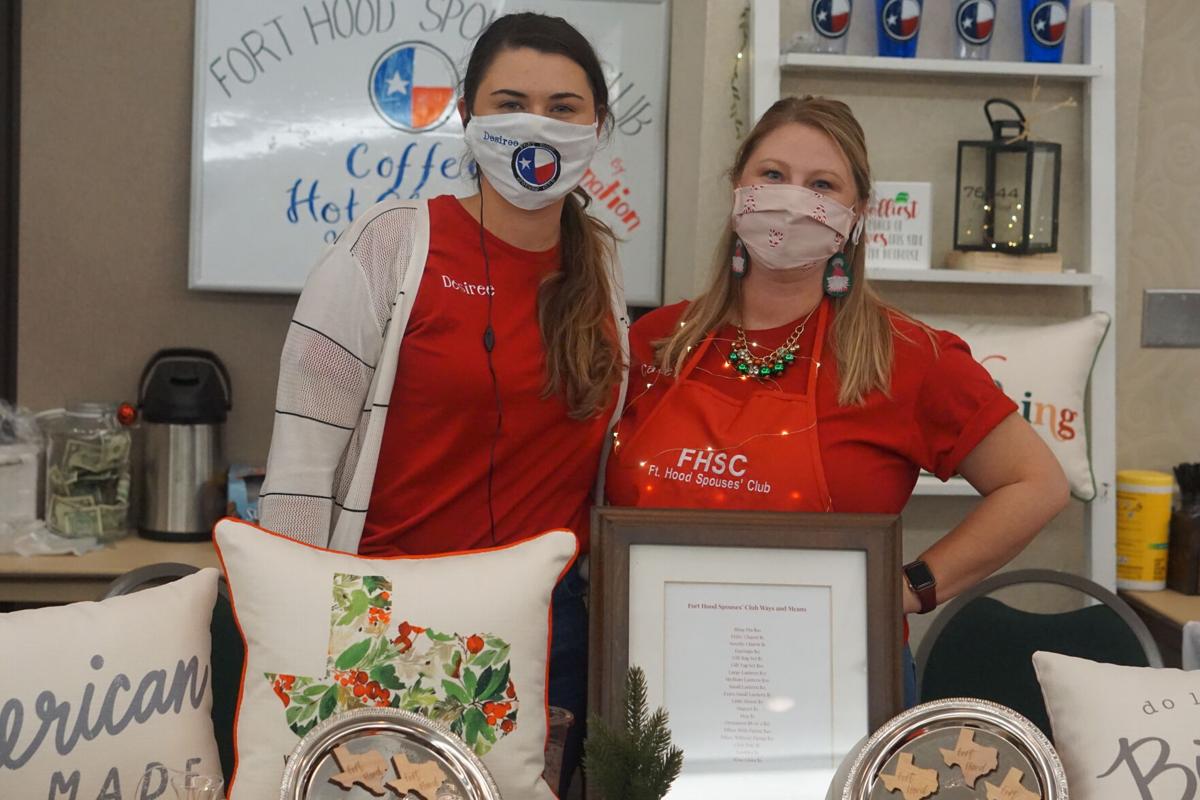 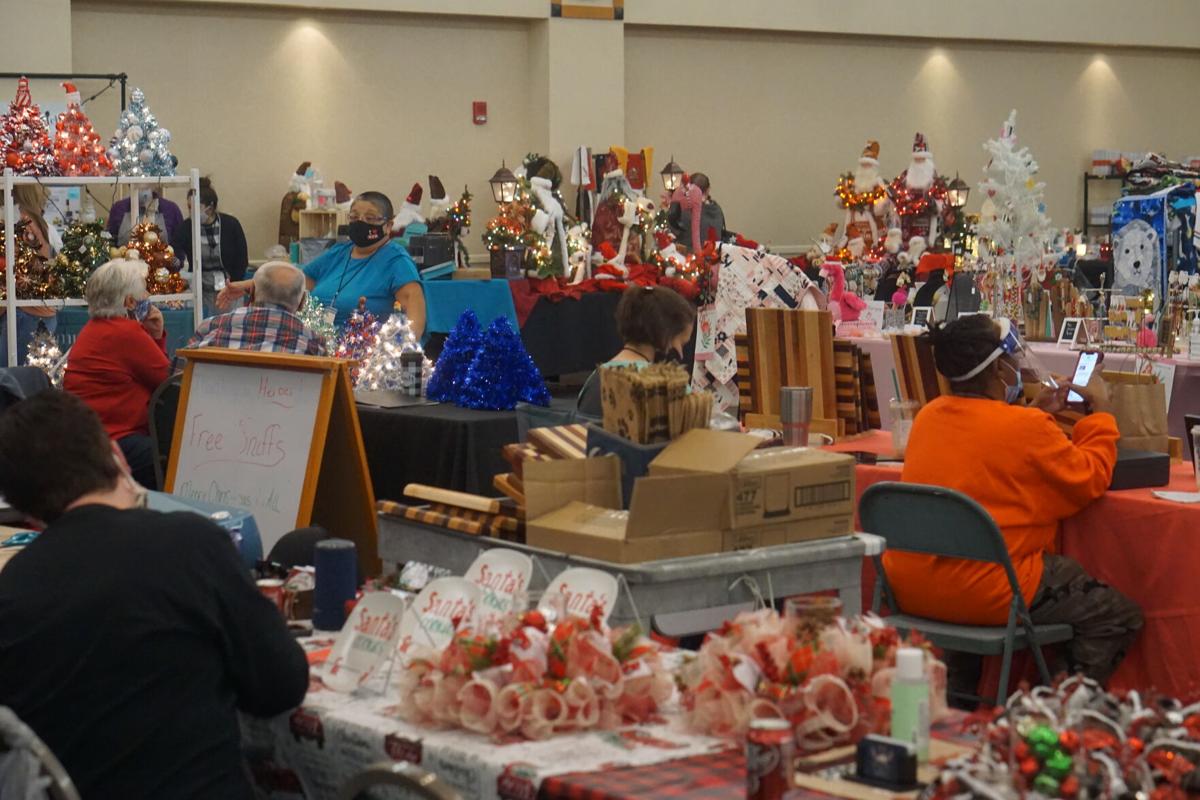 The Fort Hood Spouses’ Club hosted its 39th annual Holiday Bazaar on Saturday and Sunday at the Killeen Civic and Conference Center. The bazaar offered a variety of goods and Christmas themed items.

The Fort Hood Spouses’ Club hosted its 39th annual Holiday Bazaar on Saturday and Sunday at the Killeen Civic and Conference Center. The bazaar offered a variety of goods and Christmas themed items.

“The Holiday Bazaar is our biggest fundraiser,” said Brooke Worden, Holiday Bazaar chair. “We do three fundraisers a year; this one last year contributed over $40,000 to the community. We do that in the form of grants and our Sweetheart Bingo for our 55 and older crowd.”

Worden said the turnout on Saturday was decent but were not like last year’s numbers.

“I don’t think we were expecting that because of the current situation,” she said. “We donate to a mix of military as well as community grants.”

On Saturday, the Bazaar raised over $7,000 just from ticket sales and donations to the Spouses’ Club, according to treasurer Desiree Groen.

The Fort Hood Spouses’ Club donates to organizations like Families In Crisis and the Military Child Education Coalition.

“We are a large sponsor of the Fort Hood Scholarship Fund,” Worden said. “On our website we have an application that local individuals can fill out and submit to us. They submit what they need and we give back what we can and we anticipate the need for grants to be more this year.”

Worden said most of the vendors had made more money on Saturday than they ever had in previous year.

“We probably had around 800 or 900 people on Saturday as compared to the 2,000 we usually get in previous years,” she said. “The number of people showing up may be down, but they are really embracing the shopping experience.”

Martha Simmons of Martha’s Quilting & Embroidery was one of the vendors at the bazaar.

“We are based out of Gatesville,” she said. “Our main source of income are our quilts. When we come to a show like this we will have greeting pillows, and another thing which is kinda crazy is embroidery toilet paper. I am a private business and take appointments only for items when I am not at shows.”

Simmons said when she makes the embroidered toilet paper she takes sheets off of the roll and uses a machine to embroider them.

“You can take it up and put your money, lottery tickets and IOU’s in there,” she said. “It is just a fun gift you can have. I guess in a crisis you can use them as actually toilet paper.”

Javier Zuniga, owner of Rustic Thingz, was selling a variety of things such as flags, plaques and home decor.

“I retired from the military in 2017 after serving 20 years and I started this business just after retirement,” he said. “We have been going on for about three years. We specialize in customized military plaques, flags, memorabilia. Our thing is we don’t just make flags we make your flag.”

“This is our fourth year doing this bazaar,” he said. “Believe it or not we had great success on Saturday and a lot of people came to buy. We had almost all of our cups go on Saturday.”

Zuniga said by being part of the bazaar is like helping your own.

“Not only are we giving back to each other but we are also taking care of our own,” he said. “It is kind of nice to know that your brothers and sisters are working together and being a veteran-owned business is nice to know that they are buying from us.

Chris Leclerc, a Fort Hood resident said she came out to support the Spouses’ Club.

“We know that this is a big charity event,” she said. “We have been a part of the military community for 24 years and I know how much good they do with the grants and the scholarships. Anytime I can give back I try to, and I know some of the people involved and it is a Herculean effort.”

Leclerc said she enjoys the fact that she can talk to the vendors who made the products at the bazaar.

“It is kind of nice to get shopping started that is not just Amazon,” she said. “I like Amazon, but the fact that I can get to know the person is nice.”