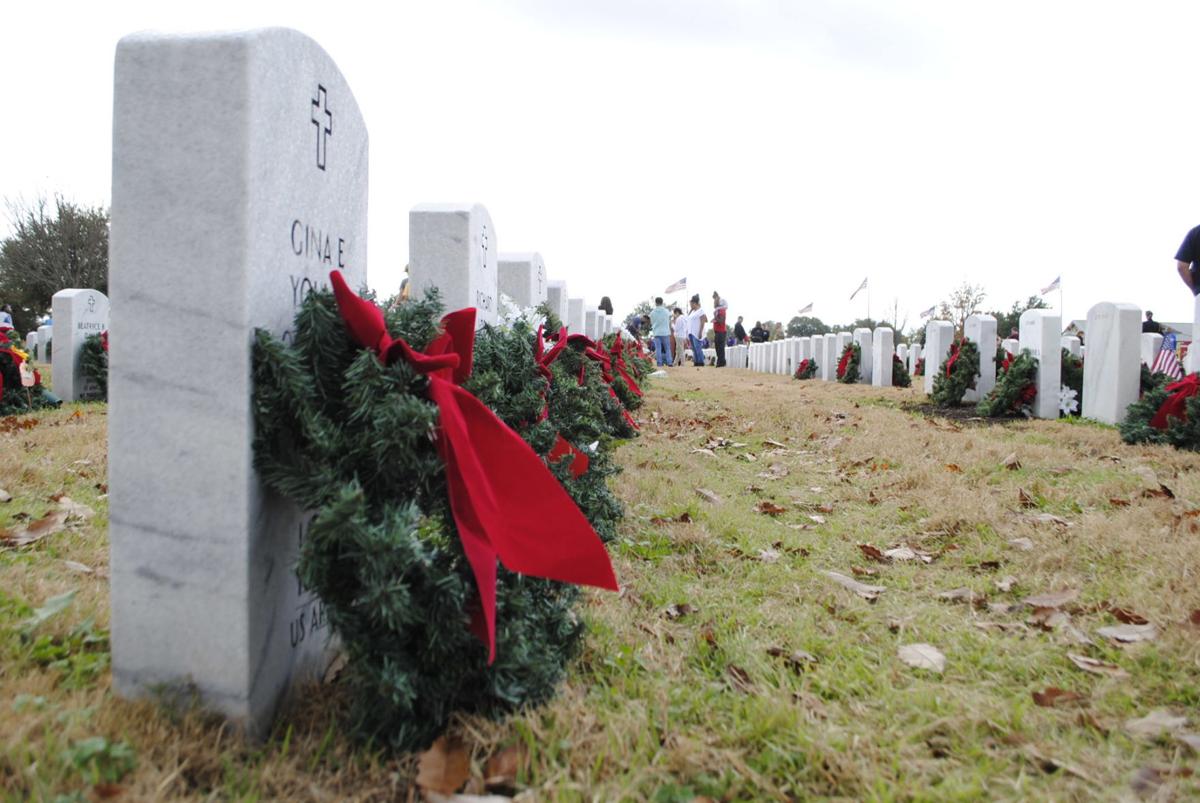 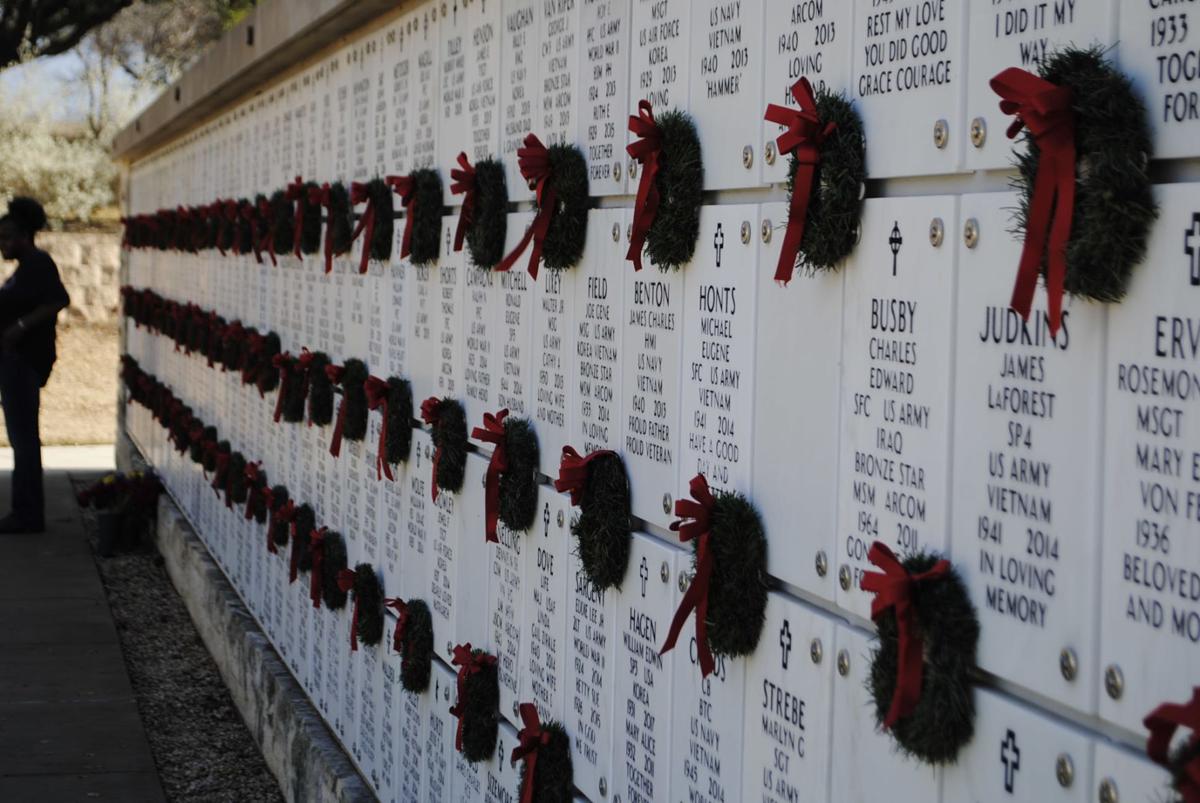 KILLEEN — More than 100 people stood in line at Texas A&M University-Central Texas waiting to be shuttled to the Central Texas State Veterans Cemetery to help place a wreath on every grave — nearly 10,000.

Among those waiting were Maj. Everett Zachary, a family life chaplain stationed in California, and Sgt. Miguel Diaz.

For both Zachary and Diaz, this was their first time laying a wreath on a grave.

“(It was) the school’s encouragement to get the kids involved,” Zachary said, who was there with his two children that attend school in Copperas Cove.

“These are military kids ... really, I think this gives a broader perspective of the community at large,” he said of why it is important to get the kids involved.

Diaz was there with the car club he is part of, Firme Tiempo Lowrider Club.

“This is the starting of a tradition for us,” Diaz said of the club, which had about 14 present, including children.

“We wanted to help out the community (by) honoring the fallen during the holidays,” he said.

Members of Firme Tiempo helped out at the wreath preparation on Nov. 23.

As the ceremony began, a silence fell over the cemetery. After taps and an opening prayer, Maj. Gen. Scott Efflandt, deputy commander of III Corps, delivered the opening remarks.

“There’s no need for me to comment on what commitment means,” he said. “You’ve demonstrated that by your presence here today.”

Jean Shine, president of Friends of the Central Texas State Veterans Cemetery, was pleased with the amount of people who came out for the 14th annual event.

“To have this many show up, and the weather ... it was totally amazing,” she said.

Rick Aragon, who had multiple family members buried at the cemetery, appreciated the turnout.

“It means a whole lot to us to come out here and see all the people,” he said.

Tina Williams, whose husband Patrick is in the Army, said she and her family have made the event an annual tradition.

“We try to do this every year since we’ve been here,” Tina Williams said.

“It’s just an honor to be out here ... just to show our appreciation,” she said.

The moment was also emotional for Shannon McFarland, who drove all the way from Grand Prairie to lay a wreath at his father’s grave.

This was McFarland’s first time laying a wreath, but he makes the trip a few times per year to visit the cemetery.

“No matter how much time goes by, you still miss them,” he said as tears fell from his eyes. “It feels just like yesterday that he was here.”

All of the wreaths will remain in place until Jan. 11. Shine and Cemetery Director Shane Hernandez ensure that those who are buried between now and Jan. 11 will also receive a wreath.

“All new interments will get a wreath placed at their grave site,” Hernandez said.

Shine also encouraged residents to go out to the cemetery throughout the month of December to fix those that may have fallen over or just pay their respects.

Volunteers are needed for the retrieval at 10 a.m. Jan. 11. Parking will be at Texas A&M University-Central Texas with shuttles running from 8:30 a.m. to noon.