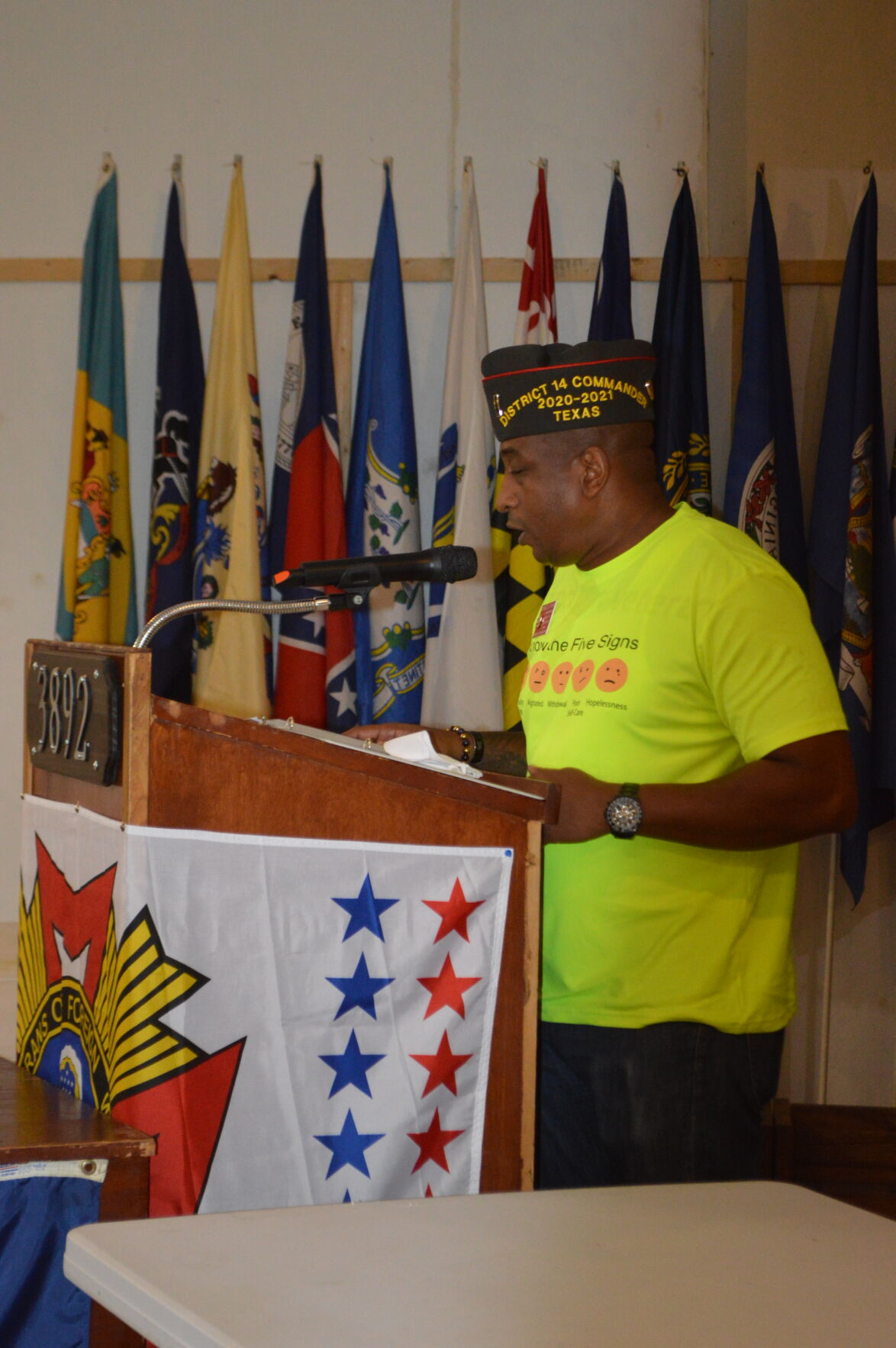 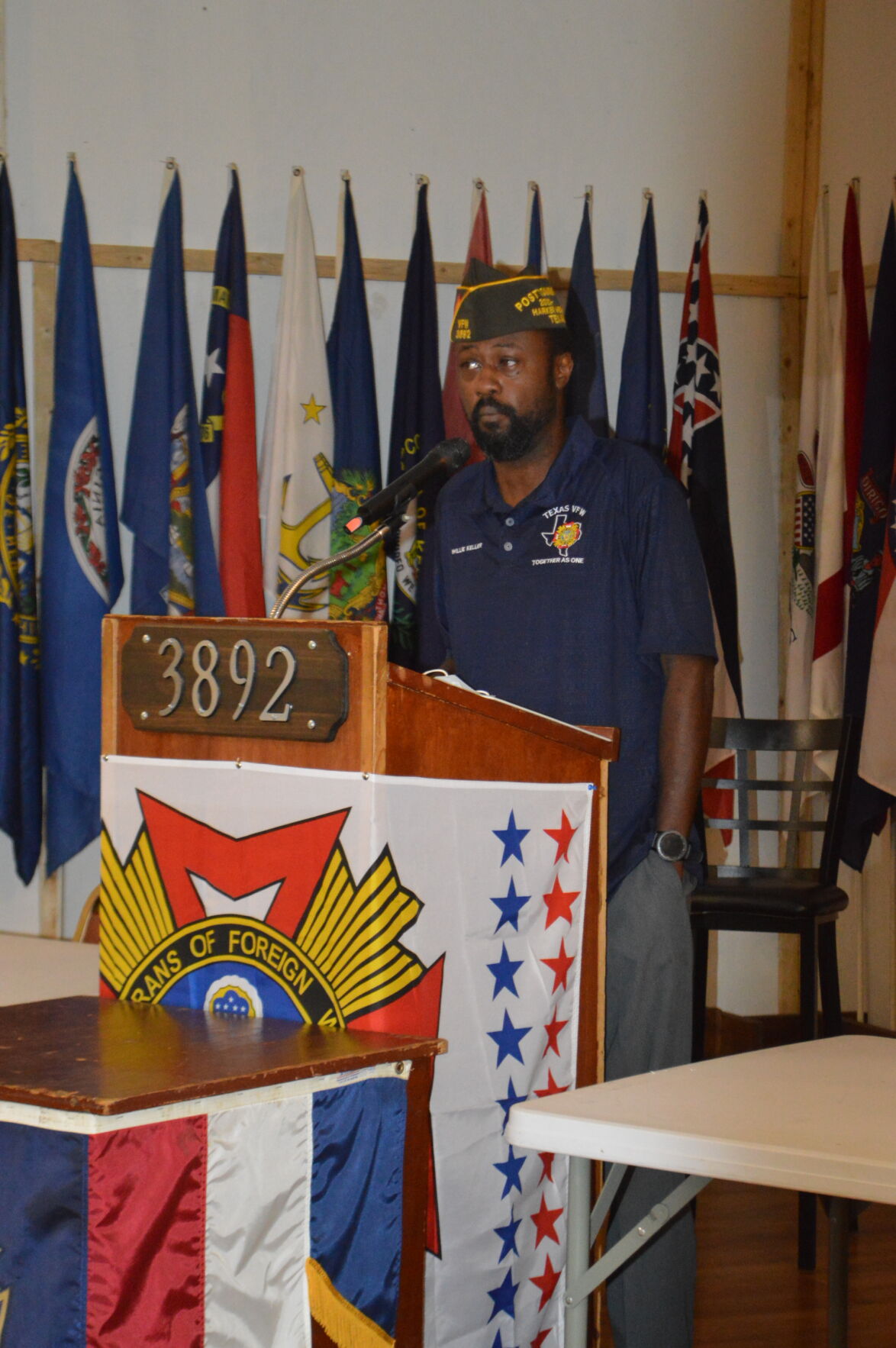 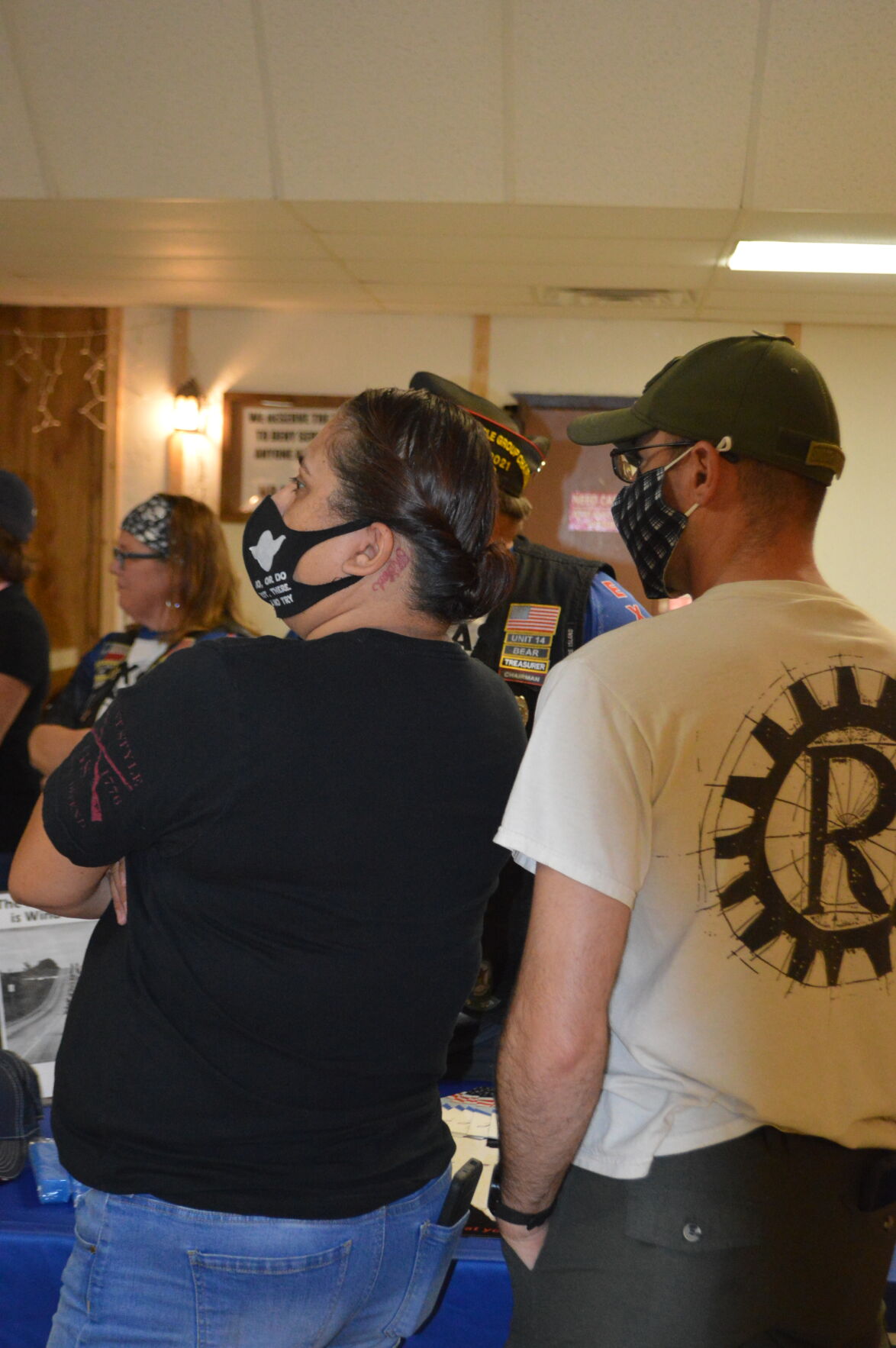 Wendy Pint, left, an Army veteran, and her husband Tyler Pint look on as a representative from an organization speaks about the services it offers Saturday at a mental health awareness fair at VFW Post 3892 in Harker Heights.

Wendy Pint, left, an Army veteran, and her husband Tyler Pint look on as a representative from an organization speaks about the services it offers Saturday at a mental health awareness fair at VFW Post 3892 in Harker Heights.

HARKER HEIGHTS — The Veterans of Foreign Wars focused its attention on suicide prevention Saturday during a mental health awareness fair.

VFW Post 3892 in Harker Heights hosted the event that was organized by District 14, which has posts from Temple to Marble Falls.

Carlo Davis, commander of VFW District 14, said the event was important because of the rising rates of suicide among veterans and service members.

“The COVID-19 pandemic has taken a toll on our veterans,” he said Saturday. “Suicide rates have increased since the COVID pandemic, and the governor’s new executive order has not done us any justice at all, as well.”

The newest executive order from Gov. Greg Abbott shuttered organizations and businesses that make a majority of income from alcohol sales, as opposed to food sales.

It has threatened the permanent closure of VFWs in Texas.

“All of our VFW posts are financially hurting right now,” Carlo Davis said.

On Friday, VFW Post 3393 in Kempner held a fundraiser with a goal of $20,000 in an attempt to raise money not only to help itself, but to help other posts, as well.

“We are petitioning to the governor that he view all VFW posts as essential services, because this is a home away from home for veterans and service members,” Carlo Davis said.

More than a half-dozen organizations gathered in the VFW post 3892 with one goal in mind: raising awareness of mental health issues facing veterans, family members and service members, especially suicide.

That fact rang true with one veteran and her husband who were at the event Saturday.

Wendy Pint, a military police veteran of the Army, fought back tears when she said that she has attempted suicide four times in the past six years.

“Being able to reach out to the VFW, or being able to come here and hear other people’s stories and see there’s other people like me, it’s a big help,” she said of the event.

Wendy Pint said other veterans assistance programs have referred her to a social worker as opposed to a psychologist or psychiatrist.

Her husband, Tyler Pint, an active duty field artillery soldier, said the effort by the VFW to put on the event was “outstanding.”

“There’s always someone you can reach out to; people know that,” he said. “You know that because they’ve came here and they’re offering their services for free.”

Tyler Pint said he accompanied his wife to the event to support her.

Lee Anna Davis, chairwoman for mental health awareness of VFW District 14, said if the organizations helped only one person Saturday, the event would be considered a success.

Lee Anna Davis said the pandemic has had a negative and positive impact on veterans.

“I would say negative, because a lot of veterans feel isolated at this time, because they can’t go out to places such as the VFW to reach out to their comrades and be around like-minded minds,” she said. “However, it has been positive in a way, because a lot of our veterans are seeking and finding agencies within our communities that provide services for them, other than the VA.”

Lee Anna Davis will be one of the keynote speakers about suicide awareness.

The meeting is open to all veterans, family members and service members. Attendees are not required to be members of the VFW.