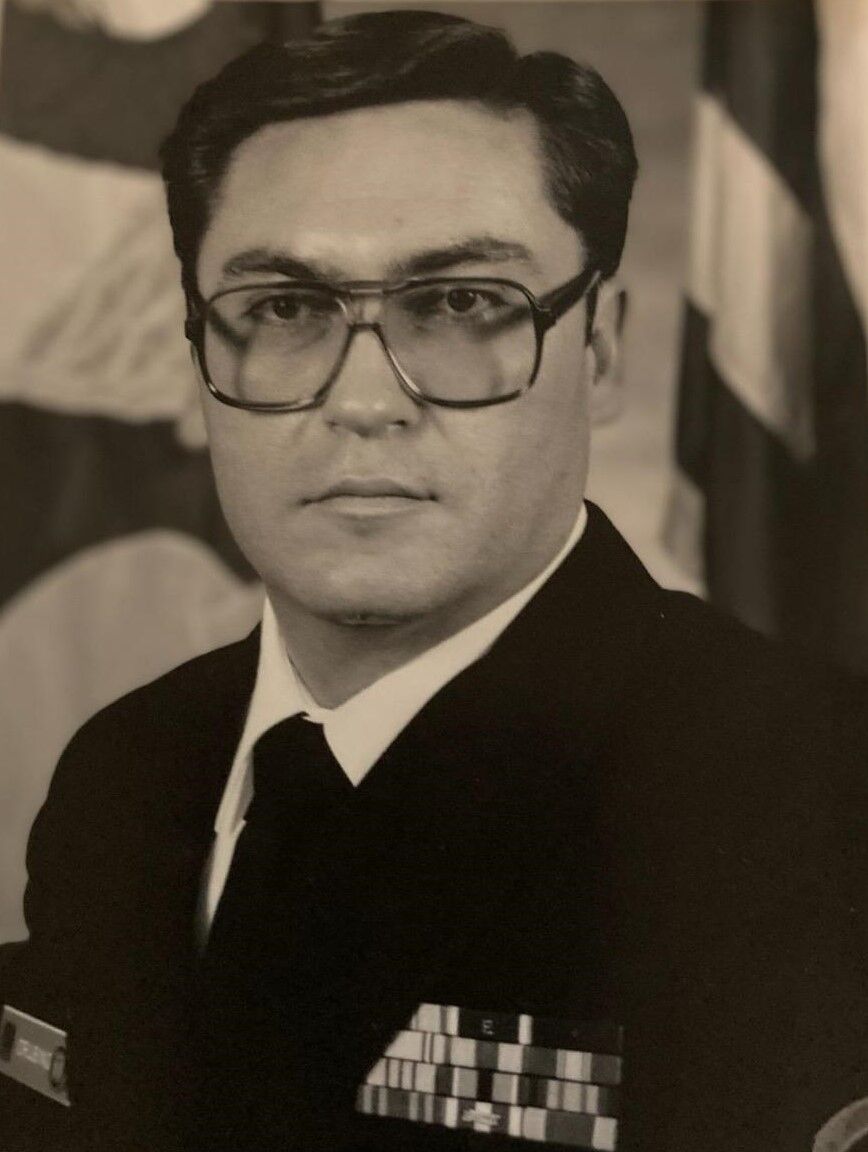 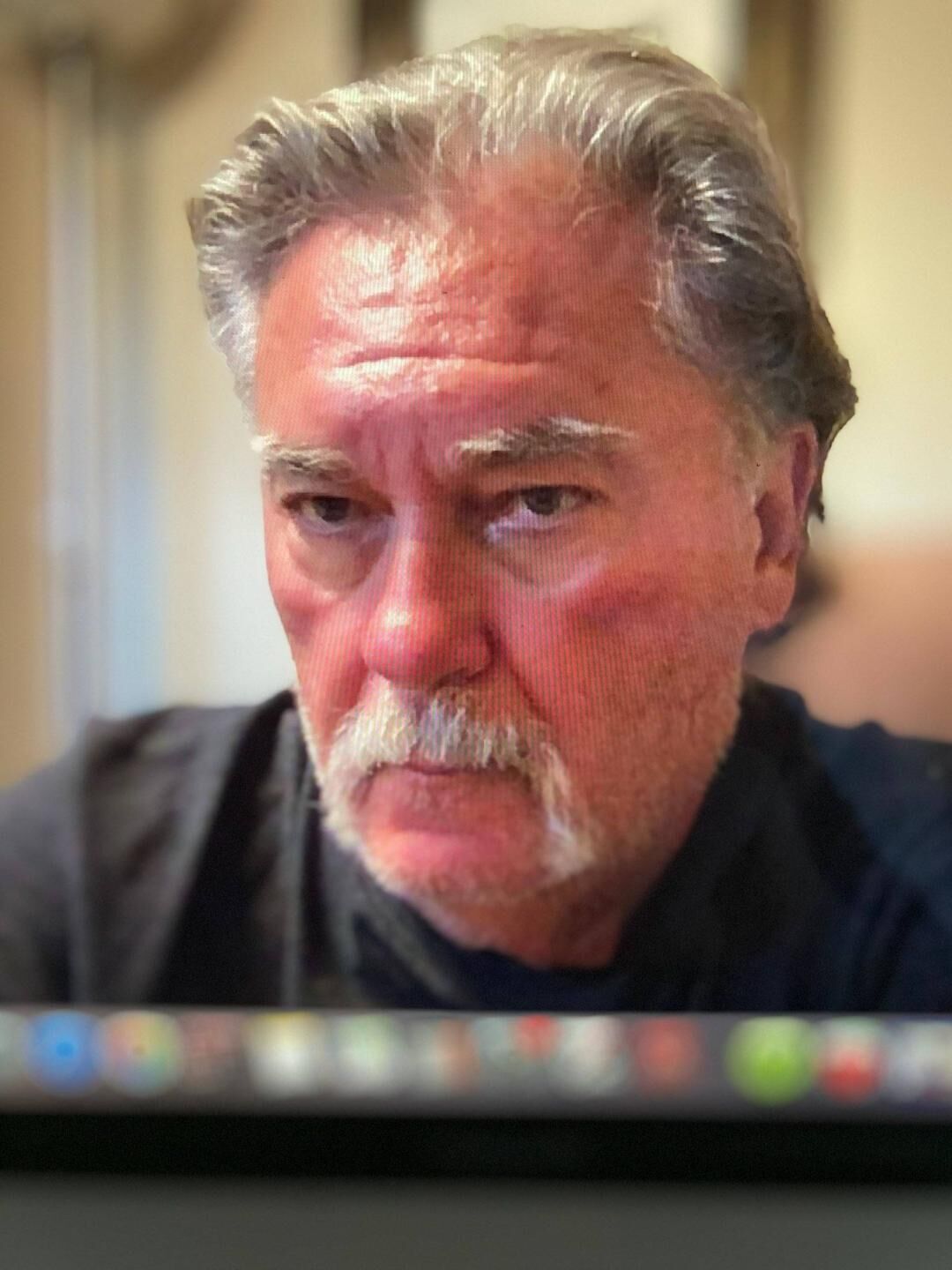 LAMPASAS COUNTY — Retired U.S. Navy Master Chief Robert Crusing was never on the front lines during his tour in Vietnam, but an incident late one night in Saigon apparently left lasting emotional scars that are still painful today.

A Chicago-area native who lives now between Kempner and Lampasas, Crusing graduated in 1966 from St. Charles High School in Illinois — at the height of the Vietnam War — and then went to Western Illinois University, before Uncle Sam came calling.

“They decided not to invite me back for a second year of college,” Crusing said. “The dormitory I lived in was about a quarter-mile walk to my first class, and halfway between was the gym. So, you know …

“This was when they had (draft) numbers, and I had a low number. I didn’t want to be a ground-pounder, so I went ahead and joined the Air Force. I was in the Air Force for four years, including a year in Vietnam (Saigon).

“Then I got out and went back to college. This time, I was able to pass. I did two years in junior college before transferring to the University of Illinois at Chicago Circle Campus. I had an ‘A’ average when I went there, but they were a little tougher than junior college. I took a third-year chemistry class and there was a hundred and four people in the class. I’m going, ‘Oh, my God. How am I going to do this?’

“I passed, but I had like a ‘C’ average, and I was afraid that was going to ruin any possibilities of getting a scholarship for grad school so I looked around and tried to get back into the Air Force. They said, ‘Oh, sorry.’ If I wanted to come back in, I’d have to start all over from day one. I didn’t understand that since I was an E-5 when I got out, so I passed.

“Right across the hall there was this Navy guy going, ‘Hey, do I have a deal for you.’ So, I ended up joining the Navy. They said I was going to start as an E-4. Well, they lied, and I started as an E-3, but I didn’t have to go through basic training again. That was a good thing.

“It all worked out. Eighteen years later, I retired as an E-9 with 24 years of service overall.”

It was during his Oct. 1969-70 tour as an intelligence specialist with the Air Force in Vietnam that Crusing suffered what doctors later determined was some sort of emotional trauma that affected him throughout the rest of his military career and beyond.

He was relatively safe and sound living and working every day inside a newly constructed, air-conditioned, window-free, brick building on Tan Son Nhut Air Base in Saigon, reading and interpreting aerial photography and not out humping through the jungle, dodging bullets, bombs and landmines. But then alarms sounded one night and nearby explosions started rocking the compound.

“One night (zero-dark-thirty) we had incoming rockets. Sirens and alarms went off. My barracks had sandbags piled up four feet high around the building, and there was no place for me to go. So, I just pulled my flak jacket up over my head and went back to sleep.

“I didn’t think much about it. When the rockets were hitting, there was nothing else for me to do, no place else to go. The rockets were falling 60, 80 feet away. Where was I going to run to? So, I just pulled my flak jacket over my head and went to sleep. Later, I would learn (that) normal people don’t do that in that kind of situation. I didn’t know of anybody in the barracks that did anything differently.

“After I returned home, I started having some problems. I had some episodes where I couldn’t handle a lot of things that dealt with the passing of military (personnel). You know those missing man flyovers? I’d get all teared up over those. I was stationed in Pearl Harbor, Hawaii, and the stern of our ship was often positioned right across the harbor from the (USS) Arizona Memorial. I couldn’t even look at it. I would just get choked up. I was there three years and never went to the memorial.

“The Vietnam traveling wall came to my hometown and as I approached it, still about 30 feet away, I began to cry. I had to walk away. I thought, ‘You know, there’s got to be something wrong with me.’”

Eventually, Crusing saw a counselor who told him “normal people don’t respond that way” to something like what happened that night in Vietnam. He was diagnosed with clinical depression and prescribed medication to help. He retired from the military in January 1994 at age 46, and immediately went to work as a civilian fire control systems instructor – the same job he had when he left the service.

Now 72 years old, Crusing moved to central Texas three years ago to get away from the snow and frigid winters up north and to be near his daughter, who lives in Harker Heights. He has been married to wife, Linda, for 34 years and the couple has four children.

Crusing says he is doing well these days. He is proud of his military service and looks back on those years with pride and satisfaction.

“I think I was a positive influence on my younger petty officers and recruits. I tried to present a positive picture when I was teaching, even when I got out of the military. I enjoyed every minute I was in. I’ve been very fortunate.

“I have done a lot of things — and always ended up on dry land.”