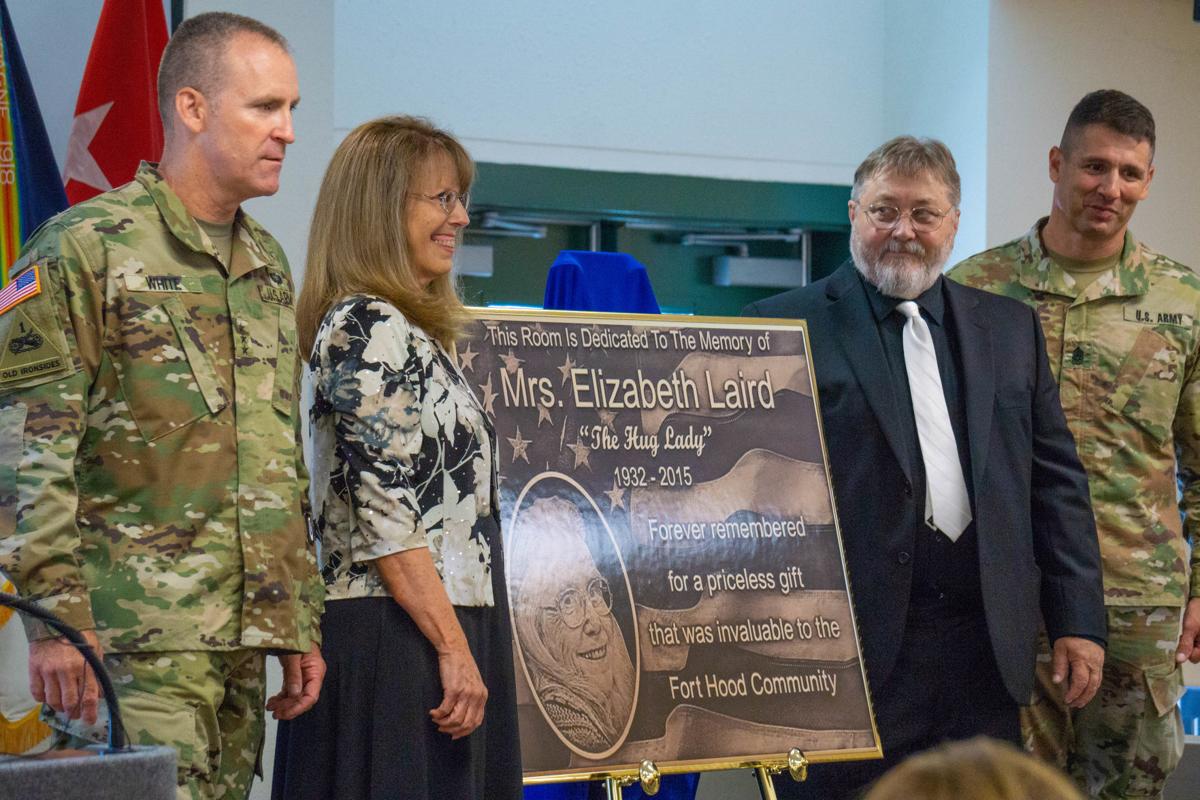 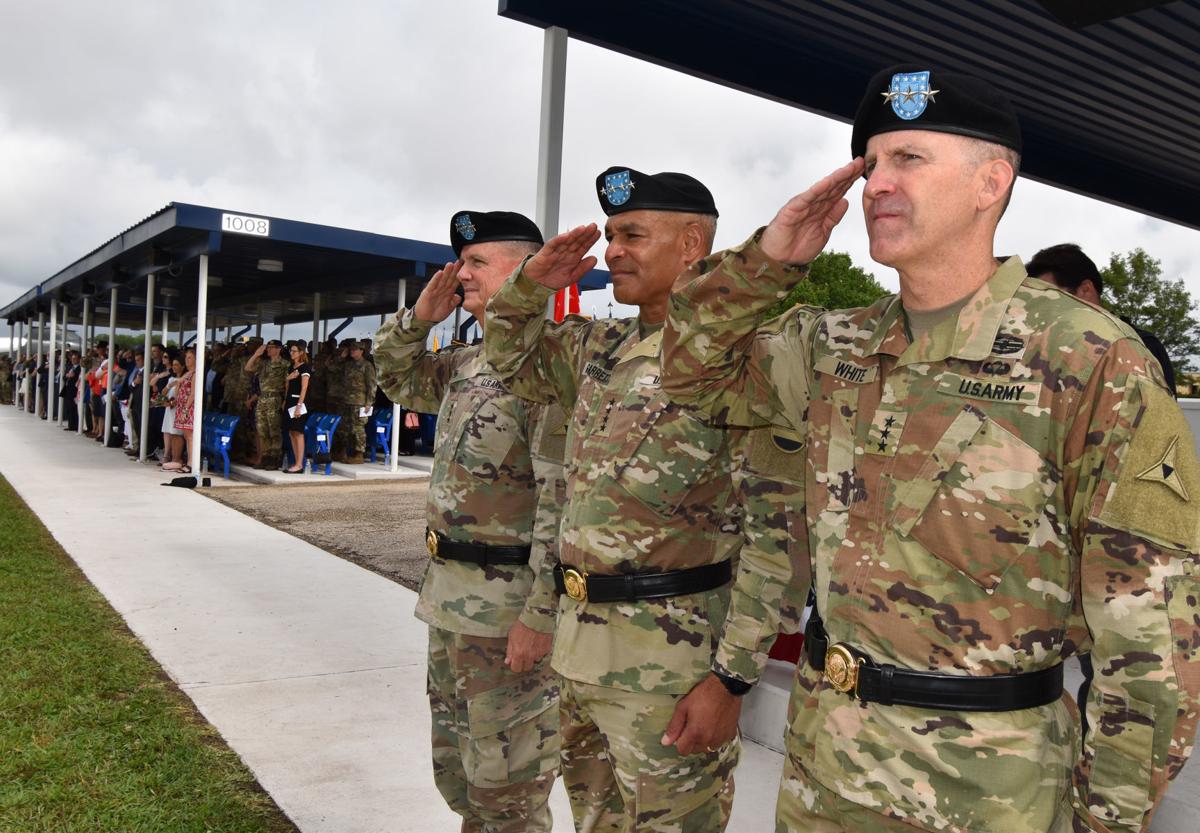 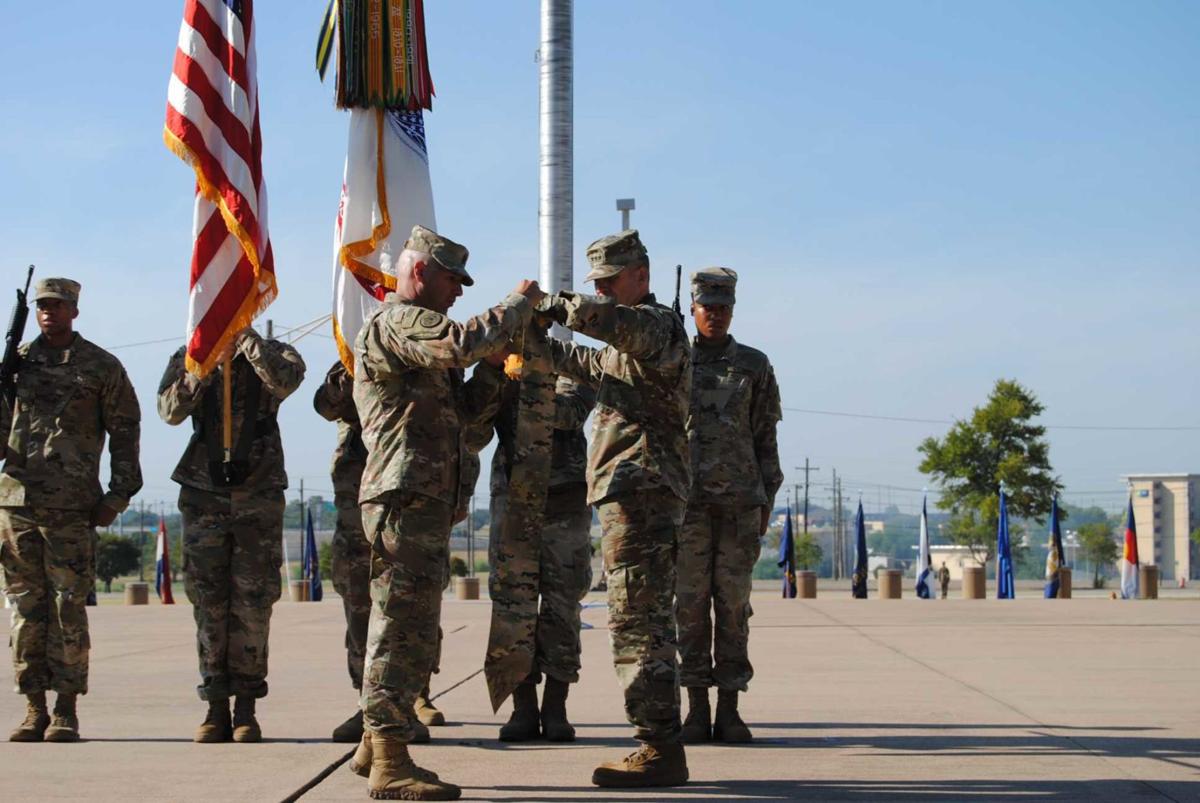 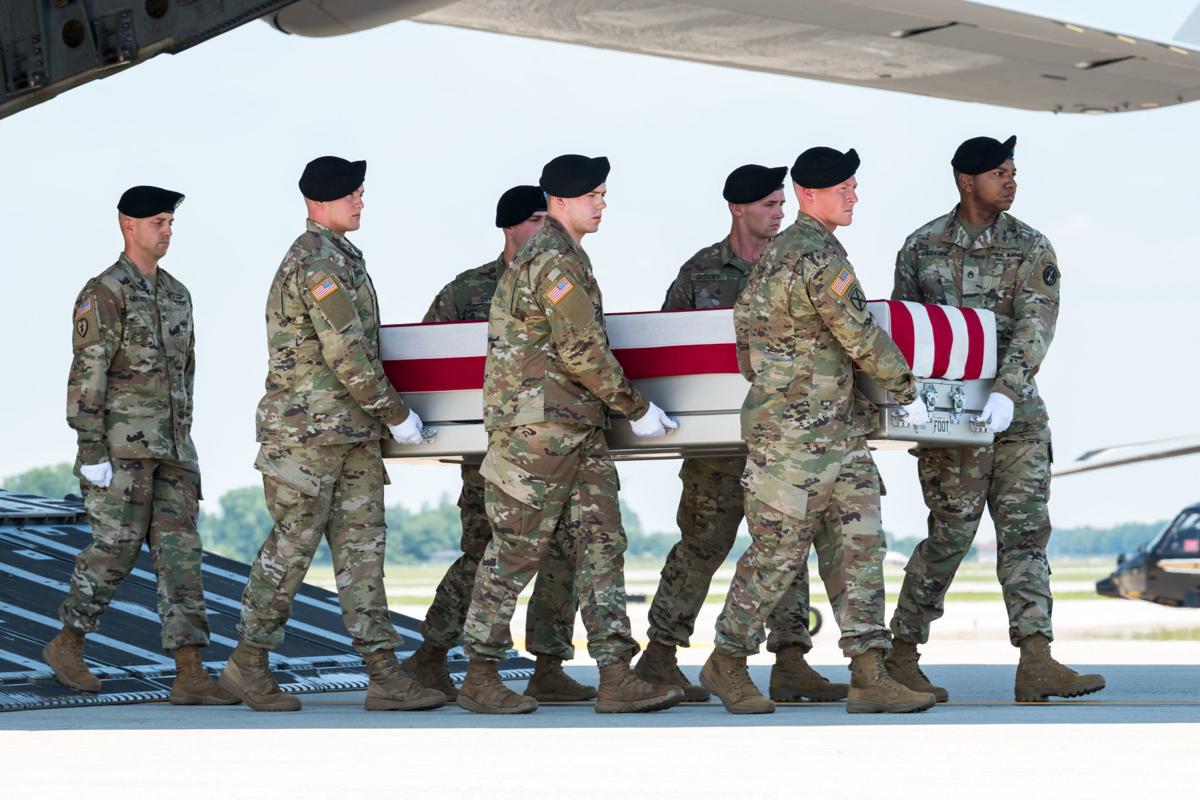 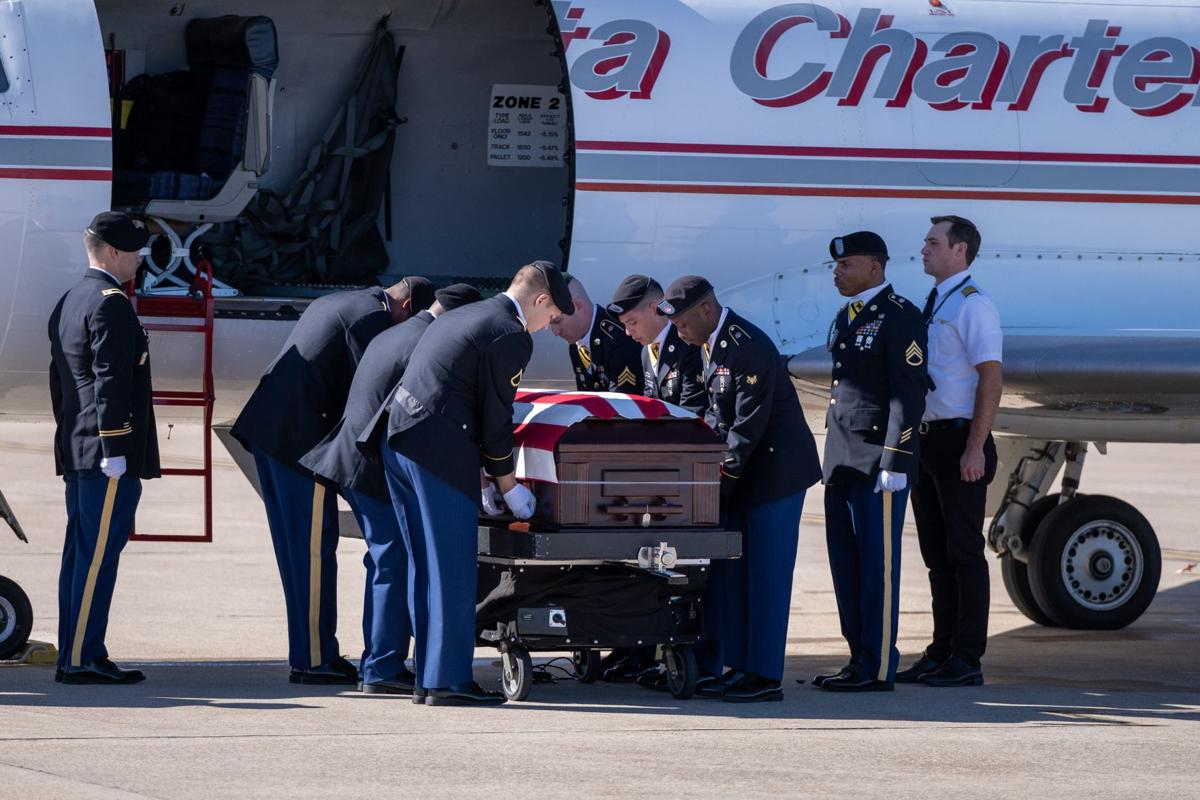 The past year was a busy one for Fort Hood. Deployments, redeployments, training and more filled calendar year 2019 for the troops stationed at “The Great Place,” along with many changes in unit leadership.

The vice president of the United States, along with other high-ranking government leaders, visited the post throughout the year. Fort Hood’s Robert Gray Army Air Field even hosted Air Force 2 during a presidential visit to Texas, the aircraft standing by in case the president needed to be diverted from Air Force 1 for any reason.

It was also a sorrowful year, with the loss of three Fort Hood soldiers who were deployed to Afghanistan. Other soldiers’ lives were also lost right at home, due to vehicle accidents, training or work accidents and to suicide.

The 1st Cavalry Division posted on its Facebook page Jan. 15 that a soldier deployed in support of Operation Atlantic Resolve was killed in an accident in the Grafenwoehr Training Area in Germany on Jan. 13.

Pfc. Cassandra Perez, 19, was killed by a drunk driver on Feb. 15 while headed to Donna, in the Rio Grande Valley of Texas, to visit her fiance. She was assigned to the 15th Brigade Support Battalion at Fort Hood.

Spc. Max Tyler Whitwell, 23, of Bronx, N.Y., was transported to Carl R. Darnall Army Medical Center after being found unresponsive, where he was pronounced dead on March 12. He was assigned to 2nd Armored Brigade Combat Team, 1st Cavalry Division.

Cpl. Tyler James Groves, 21, was killed in an accident May 11 when the car he was driving on the Interstate 14 service road in Nolanville left the roadway and ended up on the bank of Nolan Creek, according to a news release from the Nolanville Police Department. He was a member of G Troop, 1st Battalion, 12th Calvary Regiment, 3rd Armored Brigade Combat Team, 1st Cavalry Division and was scheduled to deploy with the brigade to South Korea.

Sgt. James G. Johnston, 24, a native Texan who was residing in Copperas Cove, died June 25 of injuries he received while engaged in small arms combat in Uruzgan Province, Afghanistan, according to a Department of Defense news release. He was assigned to the 79th Ordnance Battalion (Explosive Ordnance Disposal), the 71st Ordnance Group in Fort Hood.

Army officials in Korea told Army Times that Scalzo was found unresponsive in his barracks room at Camp Hovey near Dongducheon, South Korea. He was assigned to the 3rd Armored Brigade Combat Team, 1st Cavalry Division.

Fort Hood officials a few days later released the name of a soldier who was found dead in a pickup truck Oct. 22 at Killeen’s Long Branch Park.

Staff Sgt. Rodney Hagan, 32, whose home of record is listed as Victor, New York, entered the Army in July 2006 as a bridge crewmember, according to a press release sent from U.S. Army officials. Hagan was assigned to Fort Hood since August 2018.

Spc. Nicholas C. Panipinto, 20, of Bradenton, Florida, died Nov. 6 during a Bradley Fighting Vehicle rollover in South Korea. He was assigned to the 3rd Armored Brigade Combat Team, 1st Cavalry Division and on his first rotation to the Republic of Korea.

Both pilots were stationed at Fort Hood and lived in the Lake Pointe subdivision in Temple.

Vice President Mike Pence landed at Killeen-Fort Hood Regional Airport Oct. 28 ahead of a visit to Fort Hood on Oct. 29, part of a planned visit to Texas.

After landing in Killeen around 8:30 p.m., the vice president took an unscheduled trip into Killeen to the site of the Nov. 5, 2009 Fort Hood Memorial, where Pence paid his respects to those who lost their lives in the terrorist attack that killed 12 soldiers and a civilian employee.

On Oct. 29, the vice president spoke to the troops after viewing a live-fire exercise from M1 Abrams tanks and Bradley Fighting Vehicles from the 1st Armored Brigade Combat Team, 1st Cavalry Division. Following the exercise, Pence attended a closed Veterans Transition Roundtable to speak with veterans and active-duty troops about the challenges of transitioning into the workforce from the military.

Roughly 200 people gathered at the Nov. 5, 2009 Memorial on Nov. 5 to remember the 13 who were killed and 31 wounded 10 years ago by ex-Army Maj. Nidal Hasan. Friends and family of those killed were in attendance, as were survivors — to include the Department of the Army policeman who ended Hasan’s shooting spree — U.S. Congressmen, members of the community, and members of the committee who made the memorial possible.

Not all of the 12 soldiers and one civilian killed — who happened to be a retired soldier — had a family member available to speak on their behalf at the memorial, but each had either a family member, friend or memorial committee member read the inscriptions on their individual monument within the memorial.

On July 1, III Corps and Fort Hood leadership formally dedicated the room at the Staff Sgt. George Larkin Terminal at Robert Gray Army Airfield after Elizabeth Laird. It is the room where Laird, affectionately known as the “Hug Lady,” gave out an estimated 500,000 hugs to soldiers departing to and returning from combat tours in Iraq and Afghanistan between 2003 and the time of her death in 2015.

Elements of the 69th Air Defense Artillery Brigade from Fort Hood — two Patriot surface-to-air missile systems batteries — are a part of the additional 1,800 troops authorized by the Pentagon on Oct. 11 to increase the U.S. presence in the Saudi Arabia region to deter Iranian aggression.

Some of the major units from Fort Hood currently deployed are the III Corps Headquarters element, with about 250 soldiers deployed to Iraq as the command element for Combined Joint Task Force-Operation Inherent Resolve. The 1st Cavalry Division’s 2nd Armored Brigade Combat Team has 3,500 troops currently in Europe as part of Operation Atlantic Resolve and the division’s 3rd Armored Brigade Combat Team has roughly 4,000 soldiers on a rotation to South Korea.

The 3rd Security Force Assistance Brigade is in Afghanistan with 800 soldiers on a train, advise and assist mission.

Additional troops from other units on Fort Hood are deployed in smaller numbers around the world, bringing the number of Fort Hood deployed troops to around 10,000.

Several major commands changed hands during 2019, to include the highest command on post — III Corps.

On June 5, Lt. Gen. Paul E. Funk II, who served as the commanding general since March 2017, relinquished command to Lt. Gen. Robert “Pat” White. Funk was then given a fourth star to take command of U.S. Army Training and Doctrine Command.

Family housing safety at military installations run by civilian companies originally surfaced in February as a national issue by then-Secretary of the Army Mark Esper. He is now the Secretary of Defense. During subsequent town halls at Fort Hood, residents complained of problems involving mold, long response times for maintenance and other issues.

Esper ordered a full investigation into civilian owned and operated post housing at all Army installations on Feb. 15 and Fort Hood has been working and hosting town halls since then.

Since then, III Corps leaders conducted community town halls in February, June, August and November to hear from its residents. Brigade commanders also have conducted monthly town halls in each of Fort Hood’s 12 family housing areas and have increased involvement by the chain of command, including visits to all family housing homes.

The post has constructed 20 “Problem Resolution” signs in housing areas to better inform residents on how to get help with housing issues and established a 24/7 Housing hotline: 254-206-1157.

Fort Hood Directorate of Public Works has also hired seven additional staff to perform quality assurance inspections of all change of occupant maintenance, all emergency service orders and a random sample of all priority urgent and routine service orders.

The next Fort Hood town hall is scheduled for March 19, 2020, at Howze Theater.