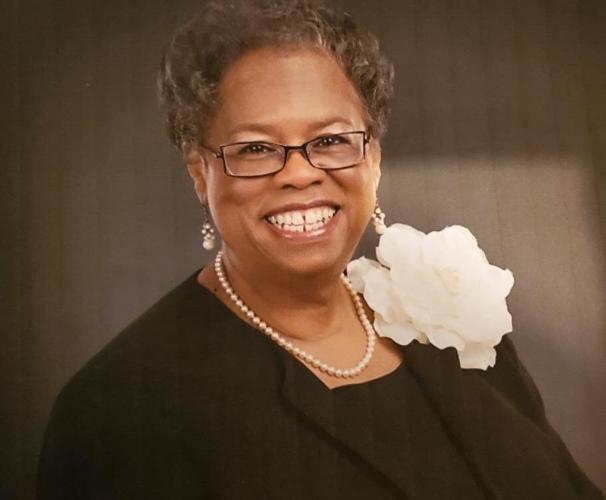 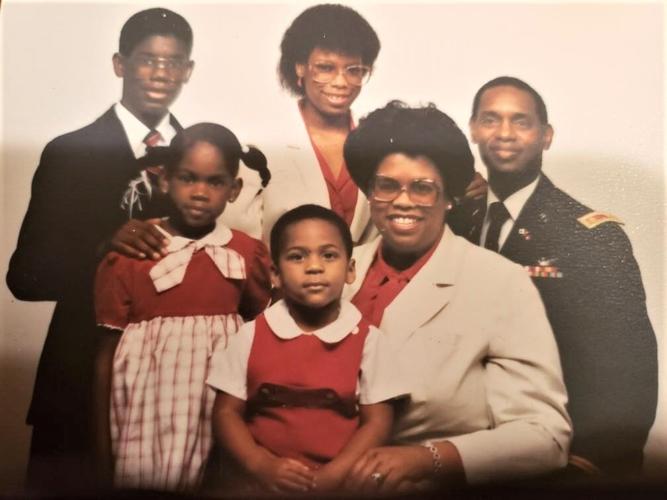 Linda and Johnny Roy Pelton at Fort Sill, Okla., in 1986 with children, Michael and Stephanie, back row, Stacey (with pigtails), and Matthew. 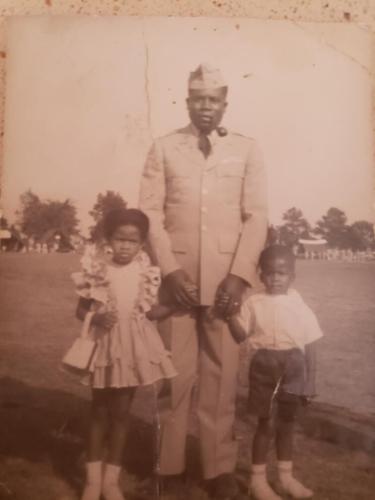 Linda and Johnny Roy Pelton at Fort Sill, Okla., in 1986 with children, Michael and Stephanie, back row, Stacey (with pigtails), and Matthew.

HARKER HEIGHTS — Former Killeen teacher and principal Linda Pelton grew up in a military family with a father who served in World War II, Korea and Vietnam. When Junious W. Smith was stationed at Fort Hood for three years in the early 1960s, she attended Killeen High School and was a member of the first class of Kangaroos to graduate from a brand-new campus on 38th Street.

“Daddy had just gone to Vietnam when I graduated (in 1965). We lived out in Patton Park. My mother worked for the school district. There is a learning center called the Jackson Professional Learning Center, (which) was Marlboro Elementary School, and mother worked there as secretary. My brothers were athletes at Rancier and Nolan (middle schools), and my sisters went to Marlboro Elementary and Meadows Elementary.”

Two years after she was born at her grandparents’ house in Caldwell, Pelton’s family moved to Fort Bragg, N.C. Her childhood was typical of Army brats, moving around from place to place.

After graduating from Killeen High, she headed south to her dad’s alum, Prairie View A&M University, near Houston, to study to become a teacher. It was there that she met her future husband, Johnny Roy Pelton, who was commissioned a U.S. Army second lieutenant in 1970, the same year they got married. The couple spent 22 years in the military, until Johnny Roy retired as a lieutenant colonel in 1992 at Fort Hood, which turned out to be both his first and last duty station. He served with Fort Hood’s III Corps and later became airfield manager at Hood Army Airfield.

Early in his career, Pelton served under legendary Gen. Colin Powell, the first African-American secretary of state who also served as U.S. national security advisor and chairman of the Joint Chiefs of Staff.

“One of his brigade commanders at Fort Campbell was Gen. Powell,” Linda said. “Our daughter went to middle school at Fort Leavenworth with one of their daughters, so we would see each other at different school events and things. Very nice people. Nice family. We ran into him again at Fort Leavenworth when John was at Command and (General) Staff College.

“John was Fort Leavenworth class of ’83, and several of his classmates became famous people. We lived next door to Russ Honoré (lieutenant general and one-time assistant division commander for Fort Hood’s 1st Cavalry Division, who became known for leading military relief efforts as commander of Joint Task Force Katrina in 2005). We see some of those folks every year when some of the class of ’83 gets together. We’re hosting a group here in Austin in April 2023.”

While she was at Prairie View, Linda earned a bachelor’s degree in education and spent a total of 30 years as a teacher and administrator, during and after Johnny Roy’s time in service. She taught school in Killeen for three years in the 1970s and then from 1988 until she retired in 2006.

Her first job with the Killeen district was teaching a special education class at the same school where her mother had worked as a secretary. A full scholarship her senior year at Prairie View earned her special ed credentials, which helped fulfill a dream that began back in eighth grade.

“We were in France and there was a girl in my class who was special needs,” Linda said. “The school was very small. I think there were 25 kids in seventh and eighth grades. We had a great teacher from Lubbock, Texas, and there was nothing for this girl. He took what time he could to help her, and then he would assign the rest of us to work with her, also.

“Her family’s goal was to have her stay in school until she was 16 and then she wouldn’t have to go to school anymore. She was three years older than the rest of us. I just thought that was too bad that there wasn’t more for her.”

Along with teaching school and raising kids, Pelton earned a master’s degree and became heavily involved in volunteer work, including Cub Scouts, Girl Scouts and other programs like the Military Child Education Coalition, a group designed to support children from military families.

“I took off about eight years, depending on where we were stationed,” she said. “I would work and then if we moved to a place where I wasn’t sure about daycare, then I wouldn’t work. My first priority was making sure the children were taken care of and had good people surrounding them. I was real fortunate while we were at Fort Campbell. A good friend of ours was a stay-at-home mom and she kept my two children for the three years we were at Fort Campbell.

“I volunteered in Cub Scouts when my oldest son was little, and I did a lot of volunteering with Girl Scouts. I became a girl scout in Germany when I was eight years old. My dad enrolled me in Girl Scouts, and I am still in Girl Scouts.

“When I was working at (KISD) central office, the CEO and board chair for Girls Scouts Bluebonnet Council came in to meet with Dr. (Charles) Patterson (longtime school superintendent) and he wasn’t available, so since I was the community (relations) person, they were brought down to my office and when they left, I was on the board for Girl Scouts of Central Texas. I was on the board for several years, then I became chair for the board of directors for Bluebonnet.

“I was extremely busy,” Linda said. “During that time, I was also my sorority chapter president. I was president of the Killeen area Prairie View alumni club. I was co-founder of the local affiliate of the Texas Alliance of Black School Educators.

“It sounds like a lot of stuff now, but I had a lot of support, and my kids and I really worked together. After the two oldest ones could drive, they would make sure the little ones got to their activities, and they even coached them in soccer. We got an award at Fort Sill. They had a program where they were recognizing families, and we weren’t the Fort Sill family of the year, but I think we were third or something. We got a certificate for that.”

Pelton’s last job as an educator was principal at Killeen’s Haynes Elementary School, where she spent nine years. These days, the 75-year-old mother of four, grandmother of five and great-grandmother of one is not quite as busy as she once was, but still leads a Bible study group at church, and is involved with her college sorority chapter and the Waco Central Texas Chapter of the Links service organization.

“It keeps my mind going,” she said.

Linda and Johnny Roy also spend time traveling back and forth between Harker Heights and properties they own in Caldwell and in Teague, where Johnny grew up.

“My husband now has transitioned to where he does cattle, so I do spend a good amount of time in a pickup truck,” she said, laughing. “We go down to Caldwell and to Teague, get the work done, then spend the night and come home.”

Looking back at her life, Linda says she is still amazed sometimes at all the things she has been able to accomplish, and all the places she has been. If it were not for a decision her father made long ago, she might have never had those opportunities.

“My dad graduated from Prairie View in 1943,” she said. “Because he was an agricultural teacher, he was draft-exempt, but after a while, he decided that all of his friends were going to World War II, he was not married, so he enlisted in the Army in 1944.

“He was commissioned (as an officer) in ’49 and was the highest-ranking black officer at Fort Hood when I was in high school. At the time he made major, there were 104 black officers in the Army, major or above. He retired in 1970 as a colonel.

“My husband grew up in a rural Texas community in Teague — his father was a World War II vet — and he is the first college graduate in his generation. He did a speech at church once in which he talked about plowing with a mule, and later in his lifetime, he was flying airplanes.

“The Army gave us opportunities … I remember we were in Germany, and our oldest son was lying there in bed, and he said, ‘What castle are we going to see tomorrow?’ Our children have been pretty much the opposite. They love to travel — one of them is moving to Europe to work for the Army — but none of them wanted a military career. It skips a generation … our granddaughter will graduate from West Point in May.

“I was so blessed to have all this fun and all these opportunities.

“Some of the things I never would have done if my dad had decided to continue being a vocational agriculture teacher in rural Texas. I never would have been exposed to what I’ve been exposed to … never had the opportunities to go from a part-time teacher when I could to being a principal, to start an organization to help kids, first board chair of a Girl Scouts council that serves thousands of girls. It’s been amazing.”

“We both have had an amazing life.”