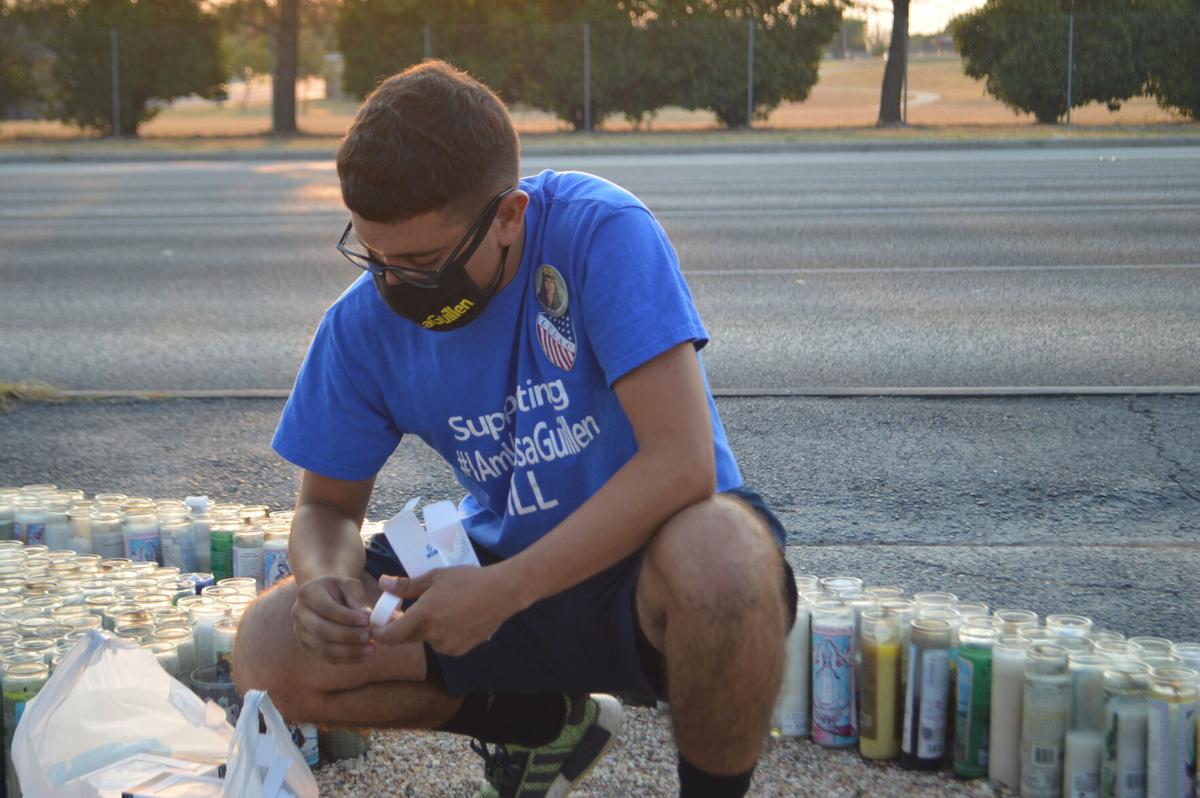 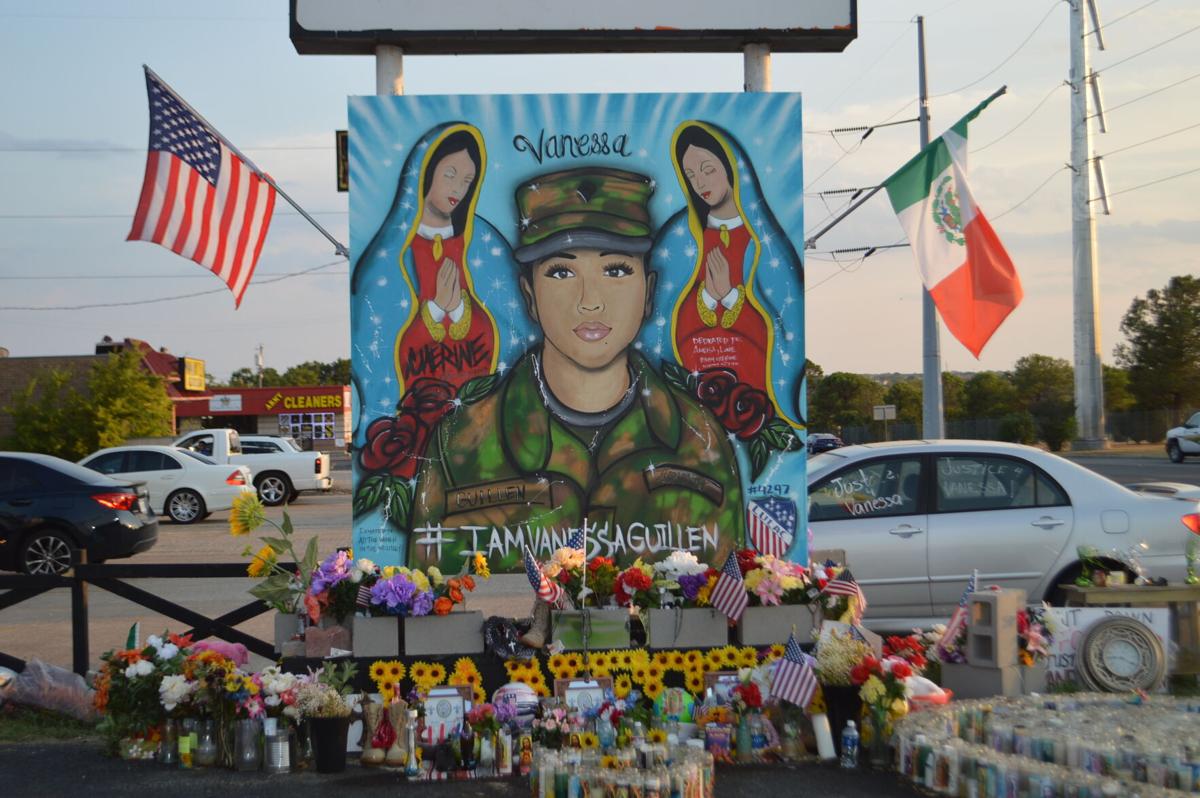 The mural for Spc. Vanessa Guillen is flanked by an American flag and a Mexican flag. There are also severl photos and candles in front of it. 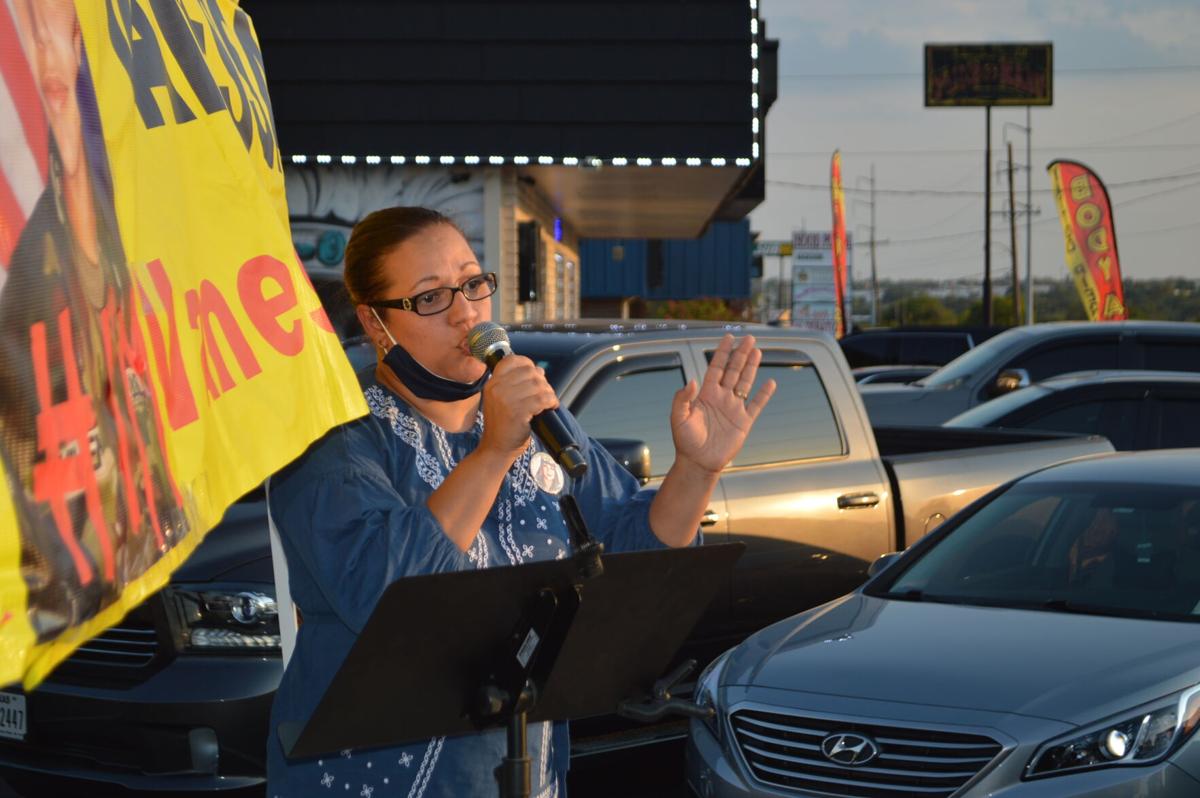 The mural for Spc. Vanessa Guillen is flanked by an American flag and a Mexican flag. There are also severl photos and candles in front of it.

“I park my truck out here and just play music for Vanessa,” said the 18-year-old private first class. “And I help out cleaning the candles and stuff.”

Cervantes, who is in a different unit than was Guillen, was placing battery-operated candles inside the candles that can no longer be lit.

Cervantes said he considered not coming out on Friday since soldiers in his unit have been making fun of him going to the mural honoring Guillen every evening.

He said he began to get angry, and he didn’t want to come to the mural mad.

Cervantes said he normally runs to let off steam, but his nightly ventures to the mural have made him overcome with emotion from time to time. He said sometimes he is moved to tears. Other times, he sits in his truck and yells.

With the late-summer sun setting over Fort Hood on Friday evening, dozens of members of the community gathered to honor the memory of Guillen, who went missing from Fort Hood on April 22 and was subsequently found dead.

Originally having been set for last week, a candlelight vigil was pushed to this Friday due to the memorial service and funeral in Houston.

AnaLuisa Tapia, district director of League of United Latin American Citizens, or LULAC, said this vigil was different from the one which was held July 3.

“The last one, we had scheduled it because they had found Vanessa,” Tapia said Friday over the phone.

Guillen’s body was found June 30 near the Leon River in Bell County. The first vigil was a few days before the Army announced the news many people had expected.

“We did not know it was going to take this long to get her back to the family,” Tapia said.

At the last vigil, the rosary prayer was recited, a longstanding Catholic tradition. It was not conducted at Friday’s vigil. However, there was a prayer/worship service conducted.

Tapia said the vigil was also for those who were unable to make it to Houston last week.

“This gives us an opportunity to gather together, and pray and strengthen each other,” she said.

Tapia said the weekly protests at the intersection of North Fort Hood Street and West Rancier Avenue to seek reform within the Army to stop sexual harassment and sexual assault will continue, but the time is now from 5 to 7 p.m.

Guillen’s family has said repeatedly that she complained to them that she was being sexually harassed. Her younger sister, Lupe Guillen, has also said she did not report it to her chain of command, because she feared retaliation.

Tapia said LULAC intends to do a day of action in the near future to encourage people to call or write their U.S. representatives to support the #IAmVanessaGuillen bill.

The proposed bill was announced July 30, shortly before Guillen’s family met with President Donald Trump. If passed in Congress, it will allow military members to report sexual harassment and assault to a third-party organization instead of their chain of command.