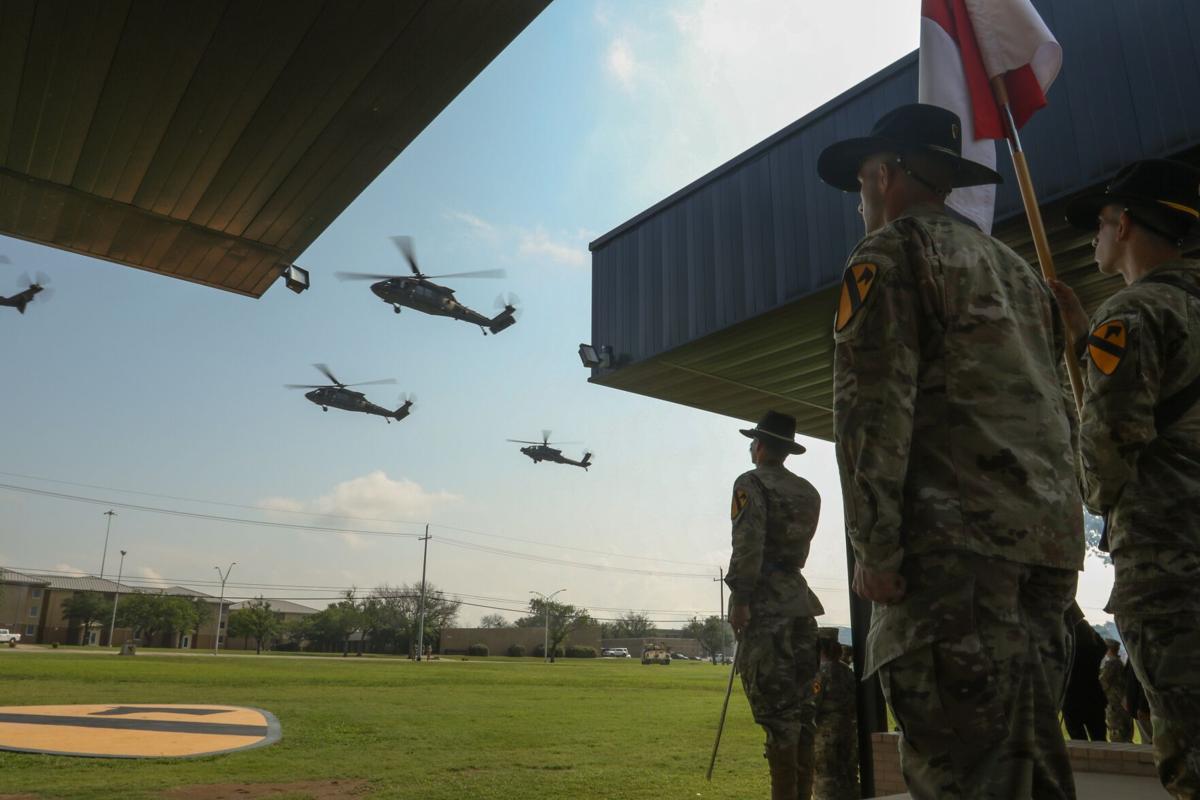 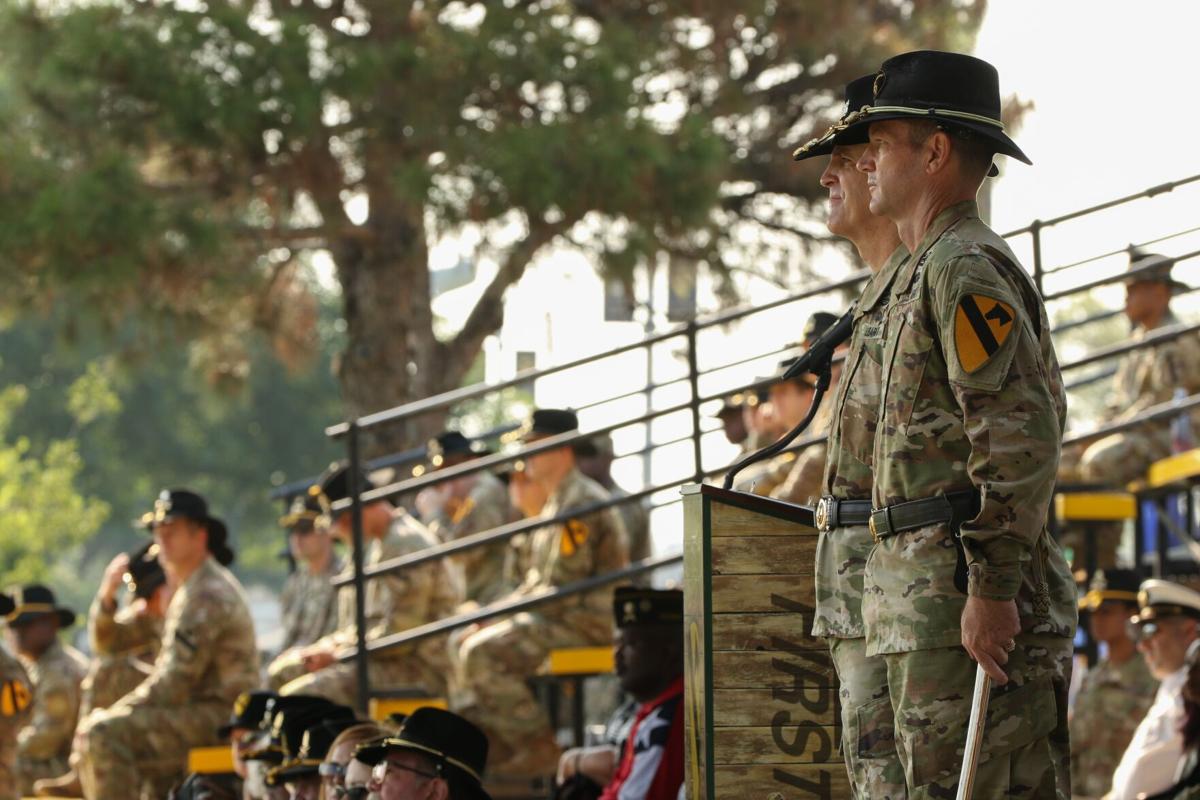 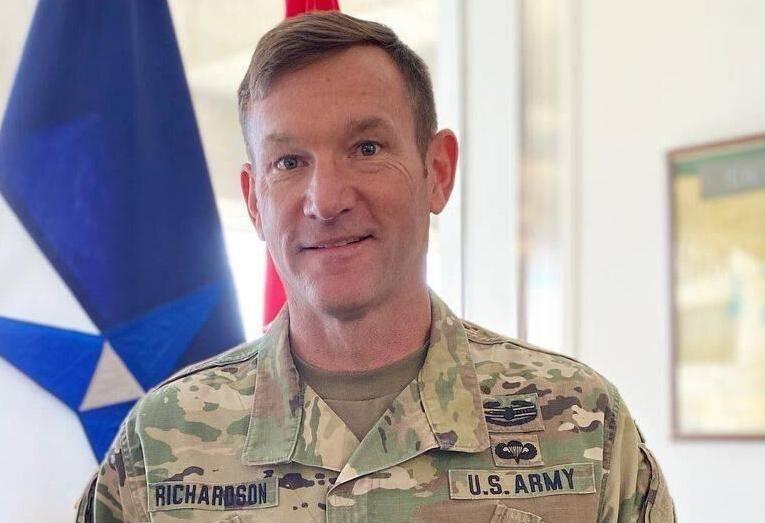 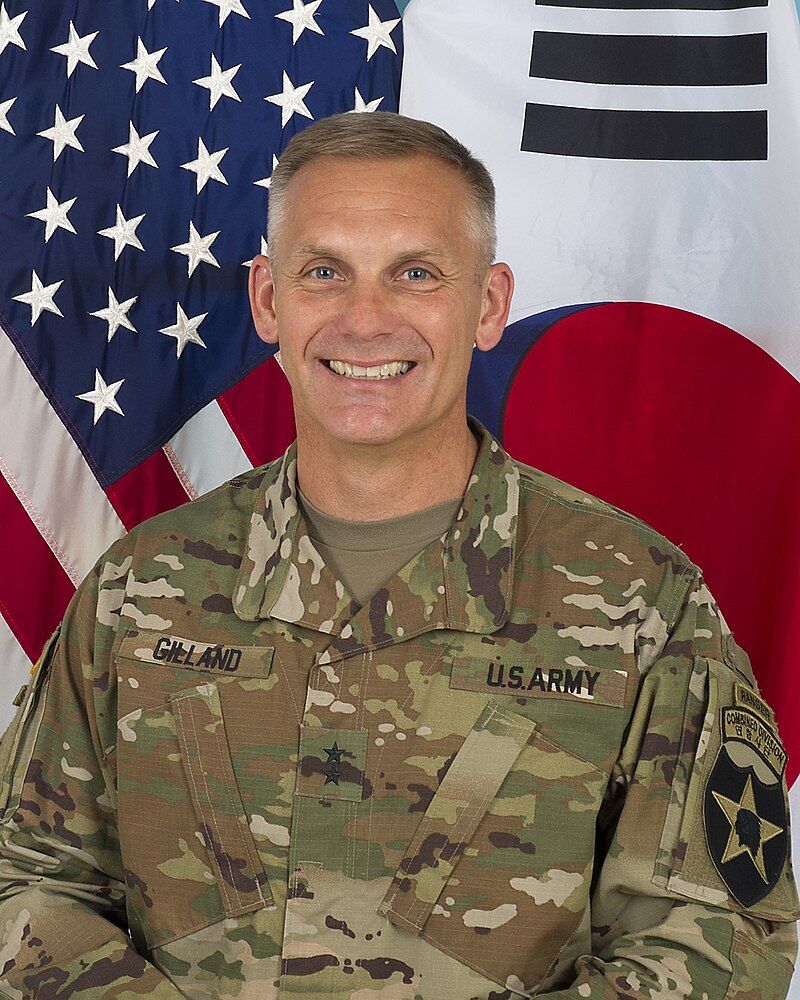 Fort Hood is welcoming new leadership for III Corps and the 1st Cavalry Division, two of the Army’s top units.

The 1st Cavalry Division held an assumption of command ceremony Wednesday morning on Cooper Field for Maj. Gen. John B. Richardson, according to a news release from Fort Hood.

At 4:30 p.m. Thursday, another ceremony at Fort Hood will be held for Maj. Gen. Steven Gilland, the new III Corps deputy commanding general for maneuver, the position previously held by Richardson.

Now in charge of the 1st Cavalry Division, Richardson takes command of more than 18,000 soldiers at Fort Hood.

In the past year, brigades from the 1st Cavalry Division have deployed to Europe, Korea and the Middle East.

At Fort Hood the 1st Cavalry Division has fielded the most modern tanks and other vehicles to improve its position as the most lethal and technologically-advanced armored division in the Army, according to the release.

The ceremony also included a special “Cavalry Charge” with a helicopter flyover.

Richardson stepped onto the historic yellow 1st Cavalry Division patch on Cooper Field, following the footsteps of First Team leaders from throughout the division’s 100 years, including those of his grandfather, who commanded in the division.

“If he was still with us today, he would tell us unequivocally that the highlight and greatest honor of his 28-year career was that he rode with the First Team. Yesterday, I took one of his patches that he wore in Korea and had them sewn onto my Army green service uniform,” Richardson told the audience. “And today, on my left sleeve, is one of his patches from occupied Japan. I draw strength and determination from those who came before us. We must draw strength and inspiration from our history from our veterans and from our legacy. That’s what it means to live the legend in the 1st Cavalry Division.”

Richardson said he plans to earn the trust of his Soldiers and their families, through his actions, his genuine care and his compassion. He then charged the Soldiers in formation with the same expectation.

“My expectation is that each of you do the same for each other and together we will build a cohesive team of teams, led by adaptive leaders,” Richardson told the formation. “It is with the utmost humility that I share with you today that I am honored to join your ranks and proud to ride with the First Team.”

Richardson is coming in after the suspension of Maj. Gen. Jeffrey Broadwater, the previous commander of the 1st Calvary Division. Broadwater was one of 14 Fort Hood leaders to be suspended or fired in December in the wake of Army investigations following the death of Spc. Vanessa Guillen.

Broadwater had written a farewell letter to the unit Tuesday before the change of command that was posted on the 1st Cavalry Division’s Facebook page.

“CSM Kenny and I would like to thank each of you and your family members for making the 1st Cavalry Division the most cohesive and lethal Division in the Army,” the letter read. “It has been our distinct honor and privilege to serve with each of you.”

Broadwater has been reassigned as the deputy commanding general of V Corps at Fort Knox, Kentucky.

Gilland’s previous assignment was as the 2nd Infantry Division commander in the Republic of Korea. He previously served at Fort Hood as the chief of staff for the 1st Cavalry Division from May 2014 to February 2015, and commander of the division’s 1st Brigade Combat Team from July 2012 to April 2014.

He has served multiple deployments to Afghanistan, Africa and Iraq.

Success and end modern day slavery and abuse at 215th BSB especially. That priority be given to the safety and well-being of the soldiers, not to the new mandatory spur-racing fraternity. If the politicians were bothered to see soldiers sitting waiting for an order, what would they think if they saw soldiers sleeping in extreme winter temperatures in plastic bags with frost and cold without heating, shelter or hot food just to qualify with their weapons? Another, 24 hours of work (there are cases of 48 or 3 shifts a month) without the right to sleep at all, or having sleep apnea, in the worst cases 6 soldiers in one place guarding a building. Also, waiting 13 hours for transportation to go to the nearest practice field for the broken vehicles and so they go to NTC. The leaders of each company are accumulating points above in friendship while the soldiers below juggle. They also need more computers for all the work they require. And that the addiction or misuse of the cell phone ends, the WhatsApp 24/7 with sending or demanding all kinds of personal and work information; Soldiers need quality sleep and family time. And here we have to talk about sexual harassment but also about flirtations, romances and infidelities, many for just getting privileges in the club of friends and select leaders above in the more than 11 hours of daily work. At the dance, I assure you that the excellent soldiers were not there, since disgust and reluctance is widespread. There they were the ones who work the least in the majority and they dared to complain about what they received without shame. The Covid 19 thing is poorly managed as so many cases of soldiers who reached legal problems due to irreposability of the same leaders above not to make firm or disciplinary decisions on time, they are not attending their work in the majority. They need courses in leadership, organization and time control. As you can see, everything happens, if I continue I won't finish.