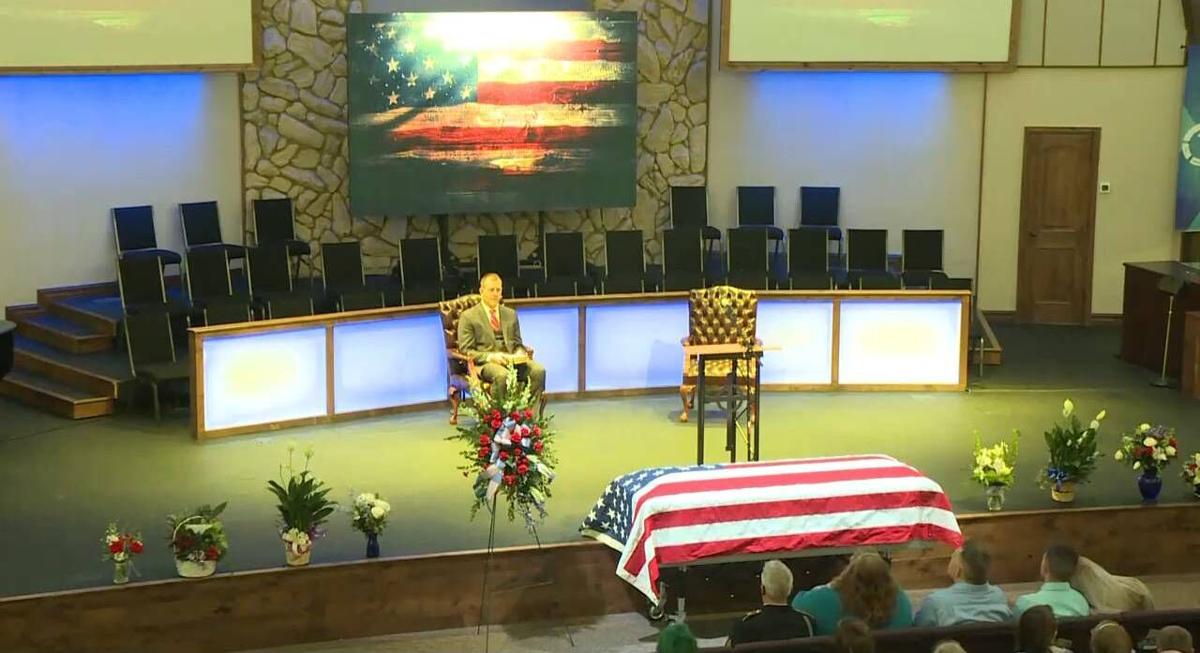 Family and the church's pastor, Smokey Hurst, sit as they listen to music during the funeral for Pvt. Gregory Wedel-Morales in Oklahoma on Thursday. 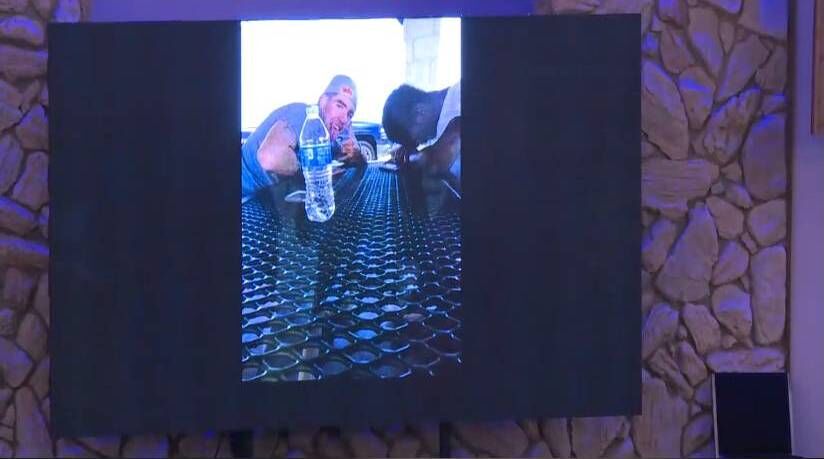 A photo of Pvt. Gregory Wedel-Morales was shown during a slideshow at his funeral in Oklahoma on Thursday.

Family and the church's pastor, Smokey Hurst, sit as they listen to music during the funeral for Pvt. Gregory Wedel-Morales in Oklahoma on Thursday.

A photo of Pvt. Gregory Wedel-Morales was shown during a slideshow at his funeral in Oklahoma on Thursday.

The funeral service for Pvt. Gregory Wedel-Morales, a Fort Hood solider who was found dead in Killeen last month, was held Thursday morning at the First Baptist Church in Sapulpa, Oklahoma.

Smokey Hurst, the church’s senior pastor, spoke at the funeral.

Hurst said he lived next door to Wedel-Morales and the Wedel family.

He said that Wedel-Morales being a soldier was a little ironic in that he loved his country so much but in his service “spent so much time away from her shores.”

Wedel-Morales deployed Kuwait, according to the Army.

Nick Wedel, the brother of Wedel-Morales, also spoke during the funeral service.

“Greg was just a really funny guy, he was always quick to make jokes or make someone smile,” Wedel said. “He was the best big brother anyone could ask for, he gave his life for his country and I couldn’t be more proud to call him my big brother, not only that but my role model.”

Wedel-Morales will be taken to Fort Gibson National Cemetery in Oklahoma for burial.

Wedel-Morales was entitled to be buried with full military honors after a recent change in status by the U.S. Army. After going missing in August 2019, Fort Hood officials declared him AWOL. His status was updated last week to “active duty” at the time of his death after his remains were discovered in a field in the 3200 block of Florence Road in Killeen on June 19. He was removed from the Army’s deserter list earlier this month.

Killeen police are still investigating his death, and foul play is suspected. No arrests have been announced.