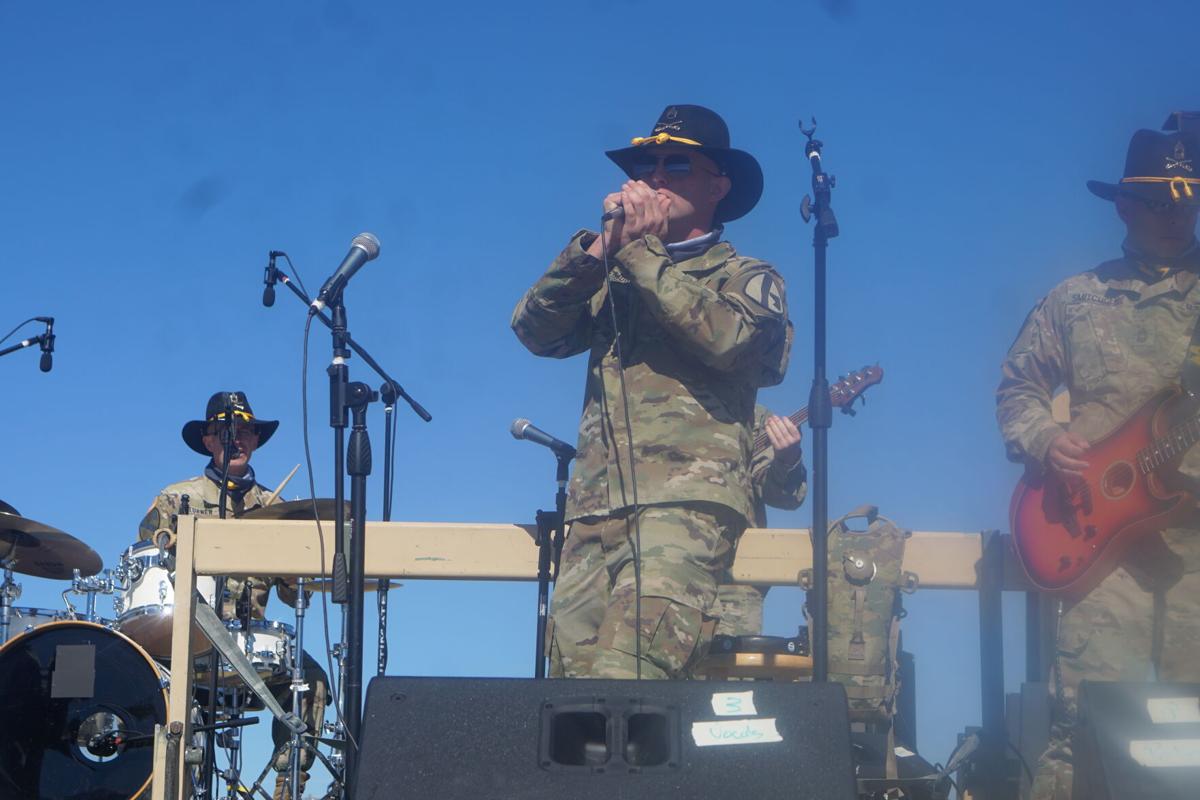 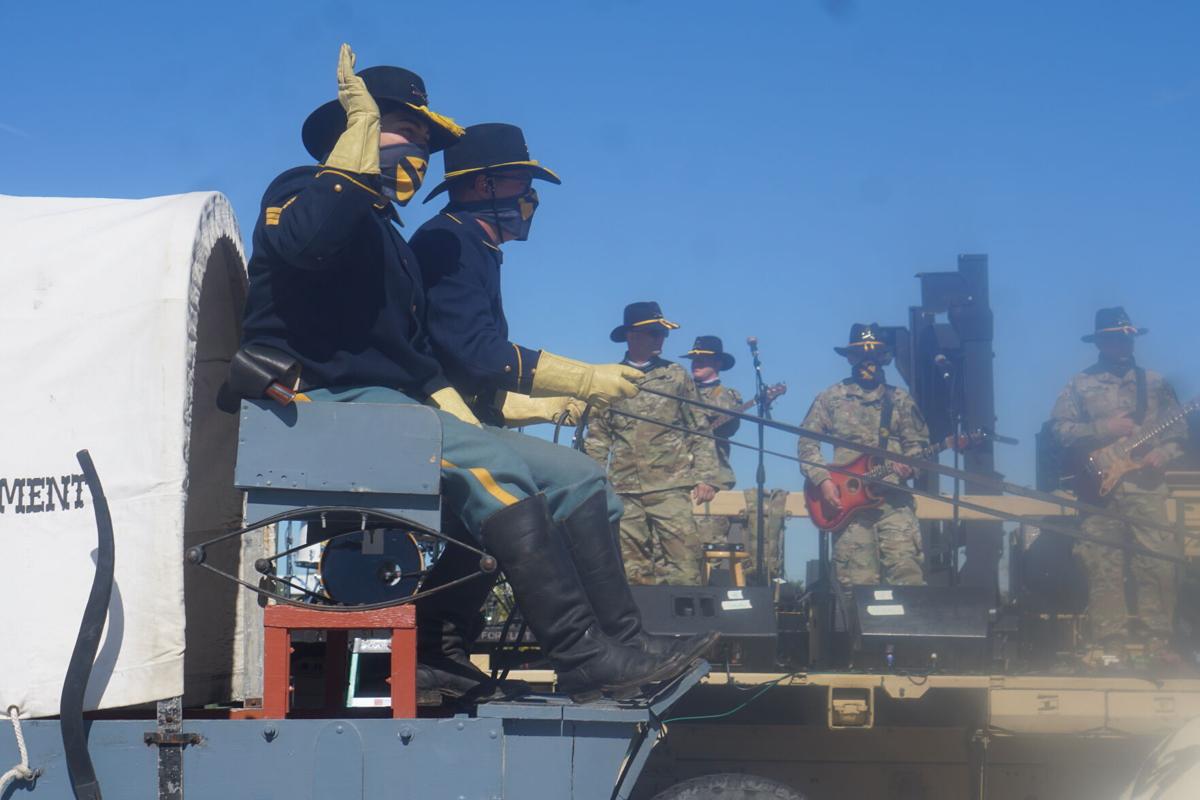 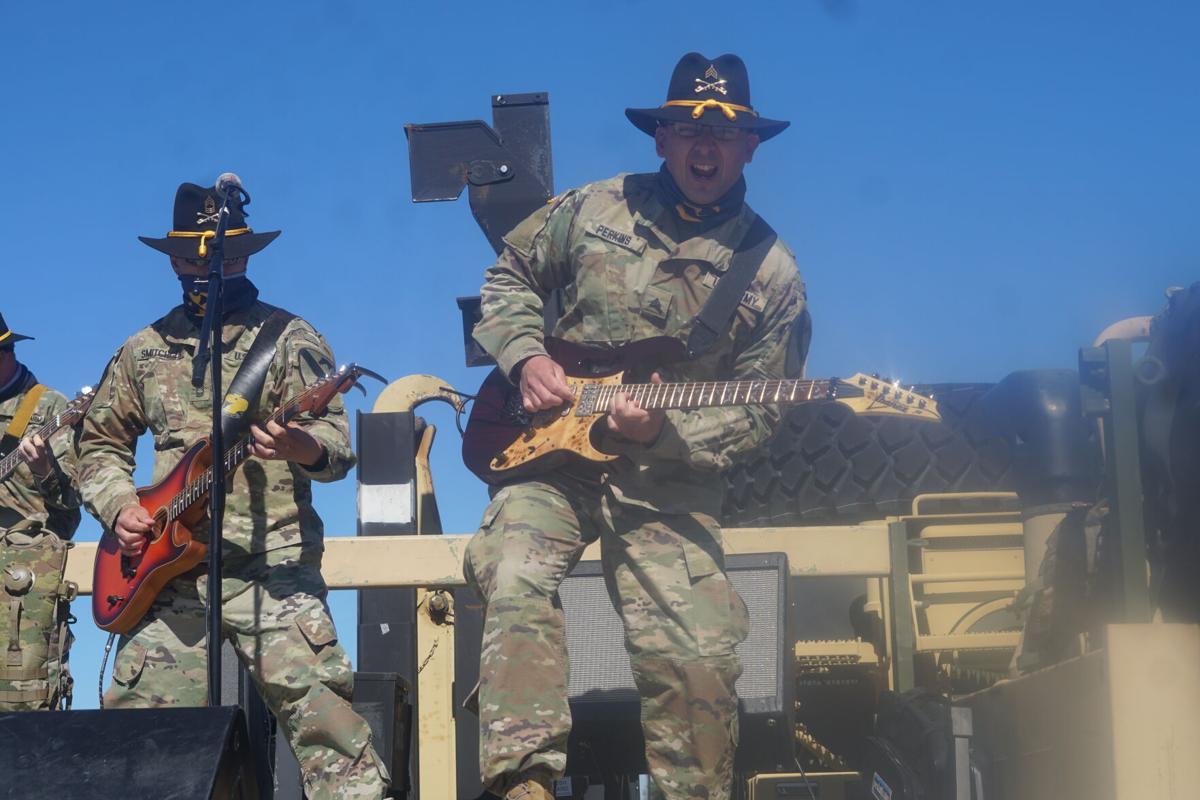 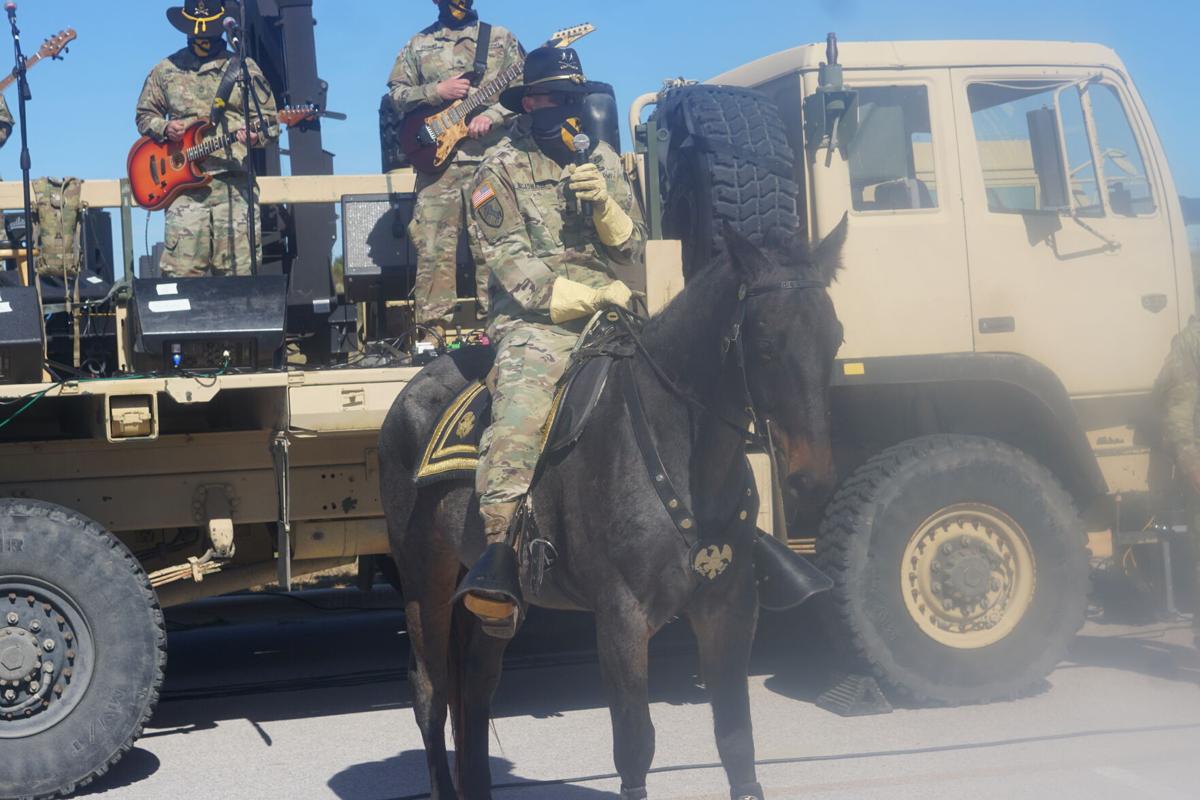 Maj. Gen. Jeffery Broadwater, commander of the 1st Cavalry Division speaks to the crowd during The 1st Cavalry Rock Band's Halloween"Spooktacular" a drive-in-style rock concert in the parking lot of Fort Hood Stadium on Saturday afternoon. 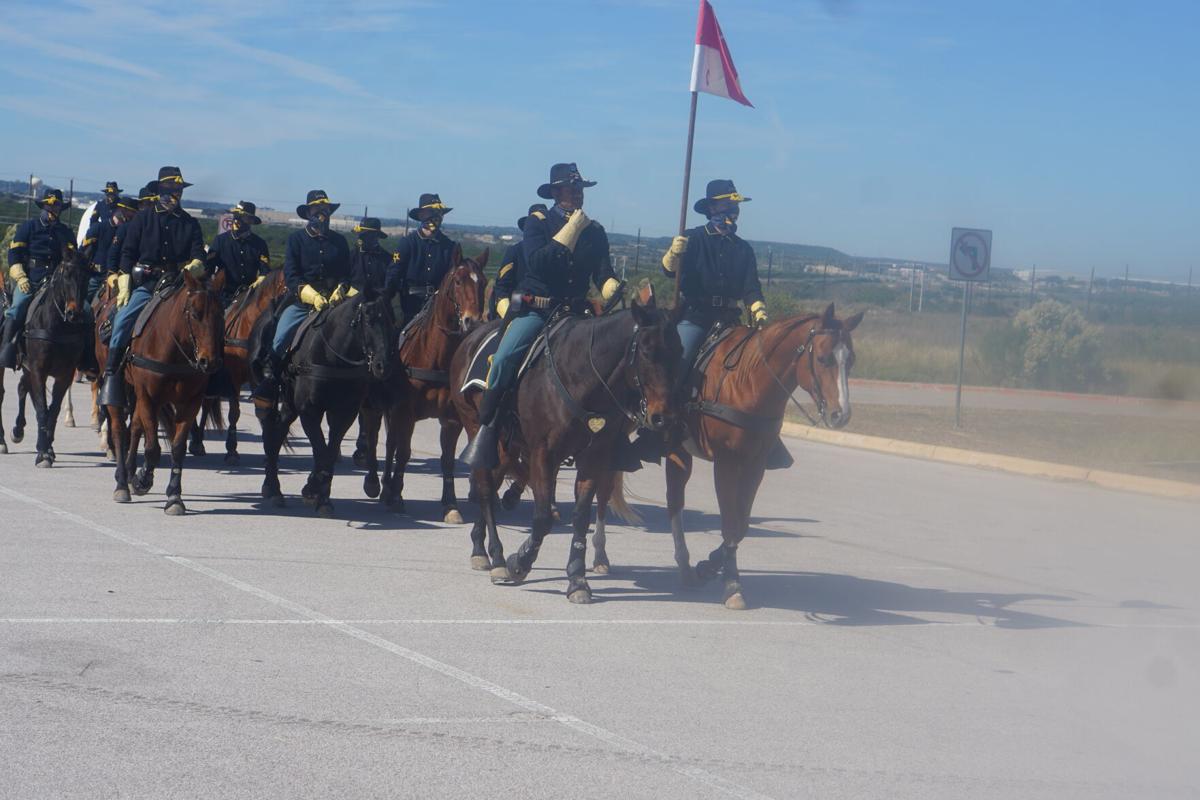 Maj. Gen. Jeffery Broadwater, commander of the 1st Cavalry Division speaks to the crowd during The 1st Cavalry Rock Band's Halloween"Spooktacular" a drive-in-style rock concert in the parking lot of Fort Hood Stadium on Saturday afternoon.

Over 150 people attended the concert that featured the 1st Cavalry Division Rock Band and the Division’s Horse Cavalry Detachment and showcased a wide variety of music from artists such as Bill Withers and ZZ Top.

The Fort Hood USO handed out pre-packaged candy to vehicles as they entered the parking lot.

“Our folks were itching to do a concert and the community were itching to see a concert,” said Capt. Taylor Criswell, commander of the 1st Cavalry Division Band. “We tried to program a show that anybody can sit back and enjoy. Obviously we wanted to make sure the quality was high. We tried to keep the songs as close to the original.”

The band played also songs from The Beatles, Drake, Evanescence and the Foo Fighters.

“We had bass guitar, guitars, a drum set and keyboards,” Criswell said. “We had a horn section too and several different vocalists.”

Staff Sgt. Jacob Carlisle, MPT leader of the 1st Cavalry Division Rock Band, said it took some work to get ready for the concert.

“We put together this collection of music for four or five months and put it into a format for a show for two or three months,” he said. “It is never a smooth process, rehearsing and making music in the Army is always difficult because we have all of these obligations that are pulling us together in every direction. We have 10 people on stage and to get them together in the same room to rehearse takes a lot of work.”

Solomua Tiliaia-Comstock, a first sergeant in the 1st Cavalry Division Sustainment Brigade, said she came out because she likes listening to the band.

“I needed the kids to be out and about for some entertainment,” she said. “All the events on base have been COVID friendly.”

Keisha Walton, a local resident, said that she saw the event on Facebook and thought it was a good idea to bring her children out.

“It is on base so I feel safe knowing that this event is family friendly,” she added.