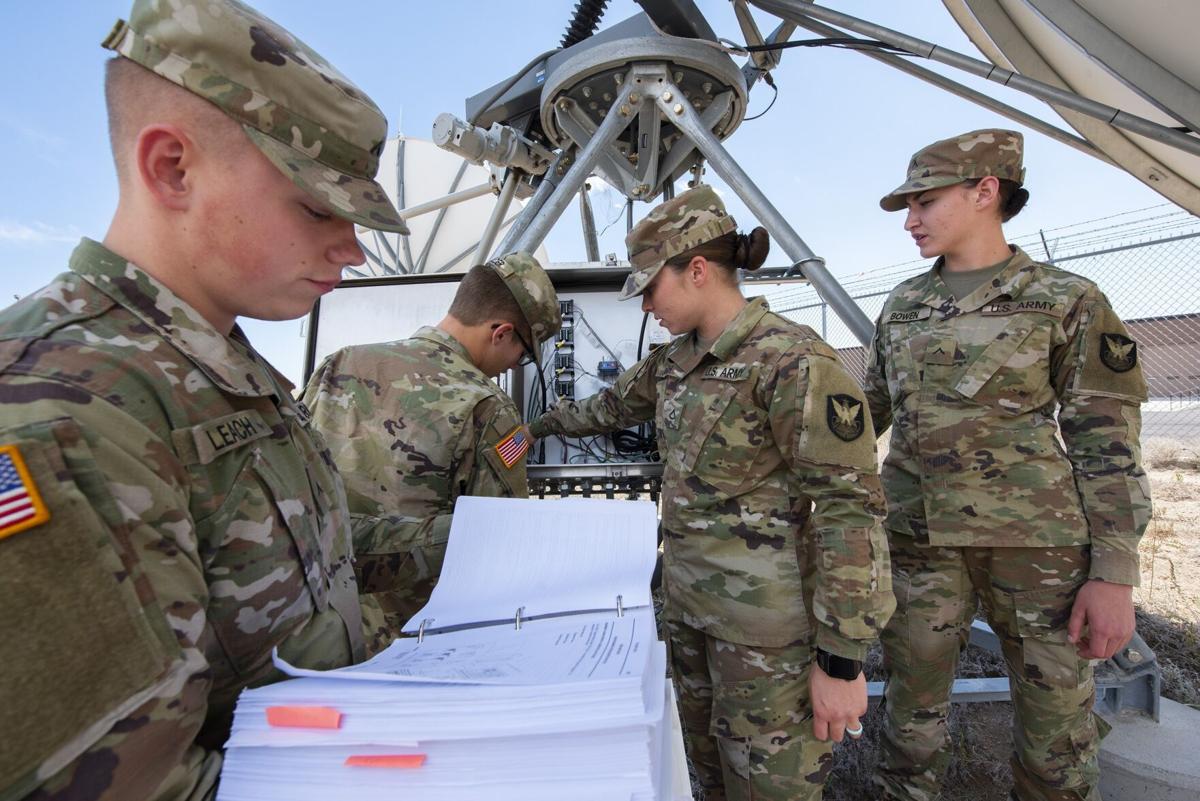 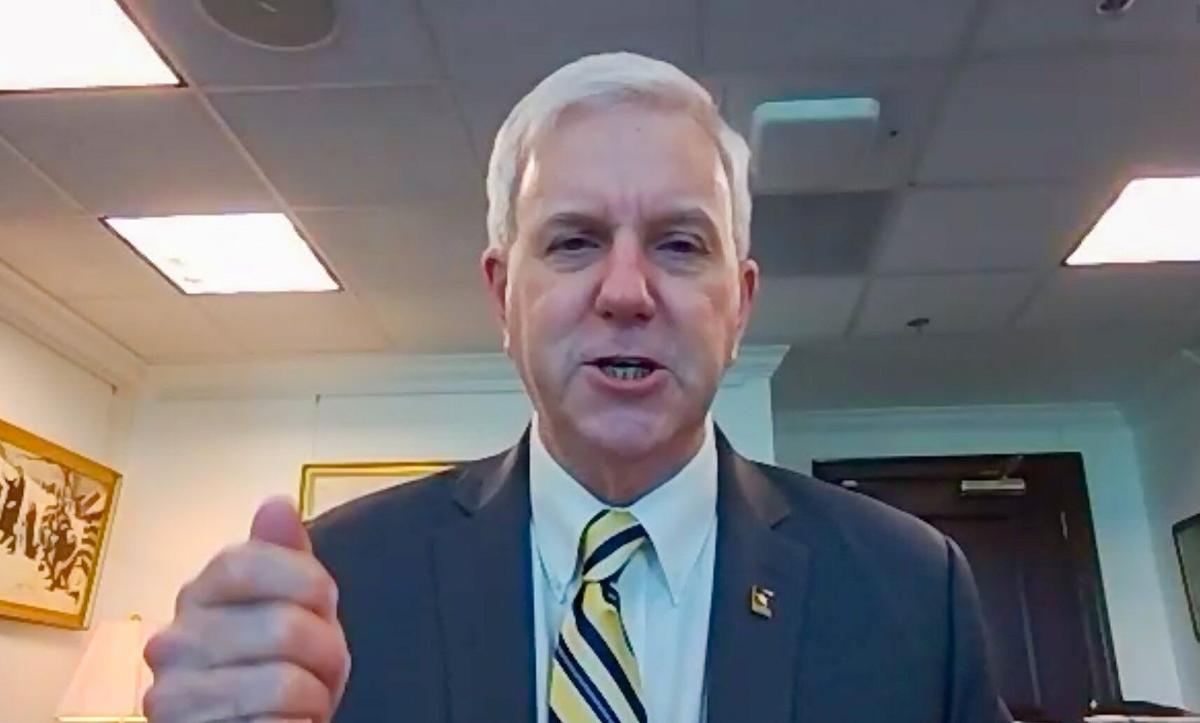 Undersecretary of the Army James E. McPherson discusses how the Army Signal Corps. and U.S. Army Cyber Command are preparing for multi-domain operations on the future battlefield during AFCEA’s Army Signal Conference July 14, 2020. 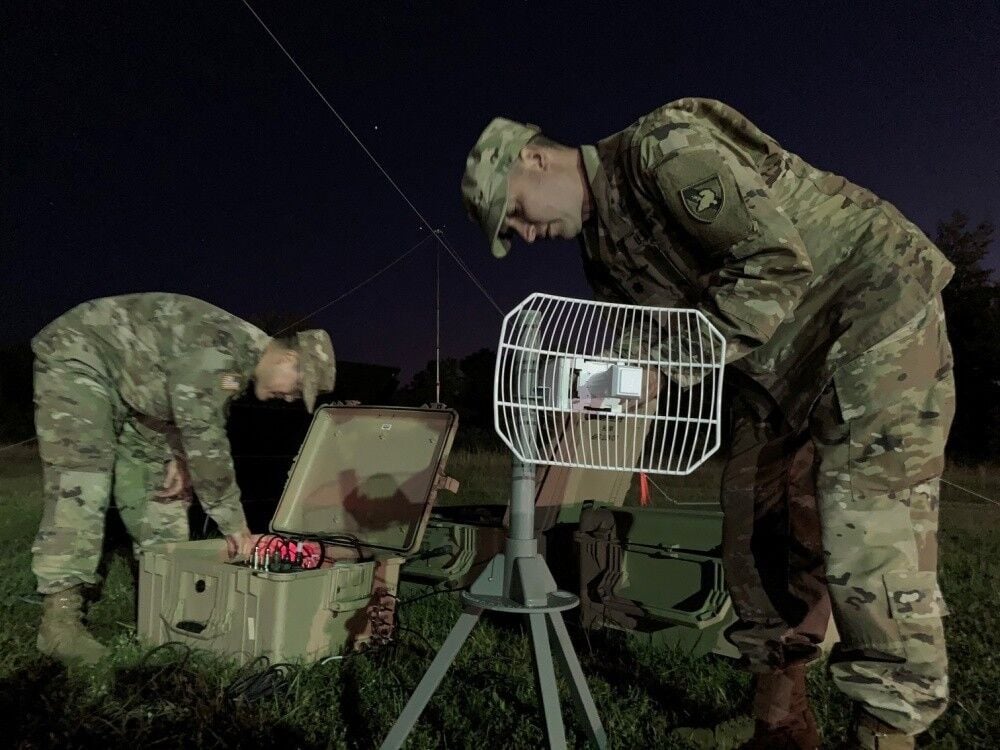 Members of the Army Cyber Institute demonstrate the capabilities of their high frequency technology and equipment during Cyber Blitz, an experimentation campaign designed to synchronize science and technology prototypes, technology concepts and investment strategies.

Undersecretary of the Army James E. McPherson discusses how the Army Signal Corps. and U.S. Army Cyber Command are preparing for multi-domain operations on the future battlefield during AFCEA’s Army Signal Conference July 14, 2020.

Members of the Army Cyber Institute demonstrate the capabilities of their high frequency technology and equipment during Cyber Blitz, an experimentation campaign designed to synchronize science and technology prototypes, technology concepts and investment strategies.

WASHINGTON — Every service member and platform will serve as a network sensor in future combat to expand what the Army undersecretary calls a “joint kill web” to support rapid decision making.

James E. McPherson and other Army leaders discussed last week the role of “enabled joint overmatch” that describes how soldiers will work alongside airmen, sailors and Marines to increase lethality across multiple domains.

“(The multi-domain force) has to be expeditionary and responsive at scale, bringing the right capabilities in the right place at the right time,” McPherson told a virtual audience during the Armed Forces Communications and Electronics Association’s Army Signal Conference.

By enabling overmatch, the Army can quickly achieve lethality through all sensors, with the best shooter in the right command and control node, he added.

The undersecretary said the Army’s network, communication and cloud capabilities must provide quick delivery of data to augment the effort in preparation for the future battlefield that will be contested in all domains.

“What we build now must be survivable in that fight,” McPherson said. “It must be mobile, it must support, see on the move and … it must be tailorable.”

Protecting data will be critical, he added, as it will be the ammunition used for success on the battlefield. The Army’s information and intelligence assets will provide an advantage over adversaries, and therefore must be protected by migrating data to hybrid and multiple cloud ecosystems and bolstering the service’s network.

He noted that the Army’s other modernization priorities depend upon its network, which is one of the six priorities, to operate successfully.

Using simplified training that is accessible to each military branch will increase readiness and lethality, he added, while delivering mission-ready troops capable of fighting in the multi-domain environment.

“Data, the ammunition of the future fight, is a strategic asset of the Army,” McPherson said. “Our data provides us a competitive advantage over adversaries. As with any strategic asset, we must manage and protect our data.”

Lt. Gen. Bruce Crawford, the Army’s chief information officer and G-6, said that he and Lt. Gen. Stephen Fogarty, head of Army Cyber Command, have partnered to posture the Army’s network to enable communications centers worldwide to gain a firmer grasp on data.

“It goes back to this idea that data is the ammunition in the future fight for any shooter or weapons platform, in any command and control node, in near real time, in order to create a joint kill chain,” Crawford said.

Real-time access will provide critical convergence that will help win below the level of armed conflict.

The Army will take its next steps in strengthening its networks and protecting its data to Fort Gordon, Georgia, where ARCYBER plans to move into its new headquarters this month. The move will better connect the three-star command with the U.S. Army Cyber Center of Excellence.

As of June 1, the Army Network Enterprise Technology Command, or NETCOM, now has full operational control of the Army’s five regional cyber centers as well as responsibility of the Army’s network.

The Army also recently announced to reassign its chief information officer role into two positions: CIO and G-6 deputy chief of staff. The change will be implemented by Aug. 31 to meet the demands of advancing technology and artificial intelligence.

Operating under pandemic conditions has also forced the Army to adapt how it does business. Crawford estimated about 2% of the Army accessed the virtual space to telework from home. That number jumped to about 90% during the pandemic.

Crawford said up to 400,000 soldiers and Army civilians have signed up for the Microsoft Teams workplace platform and that number continues to grow.