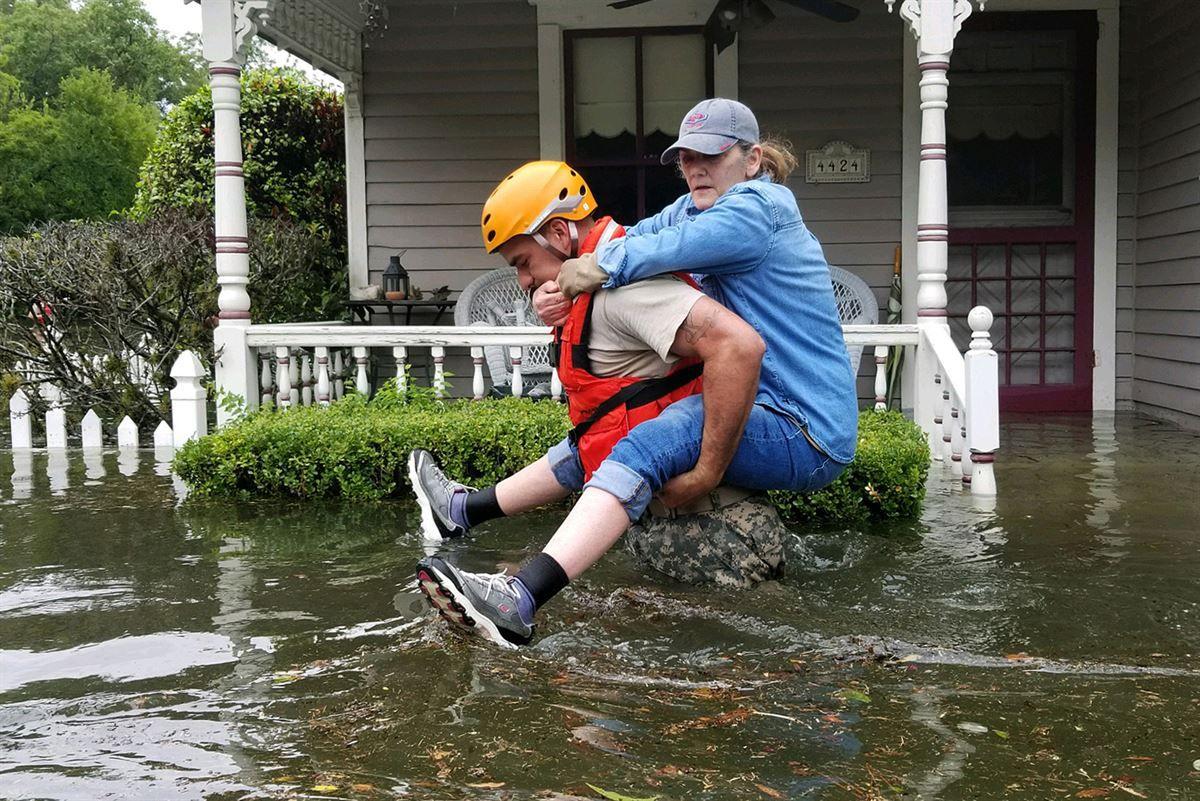 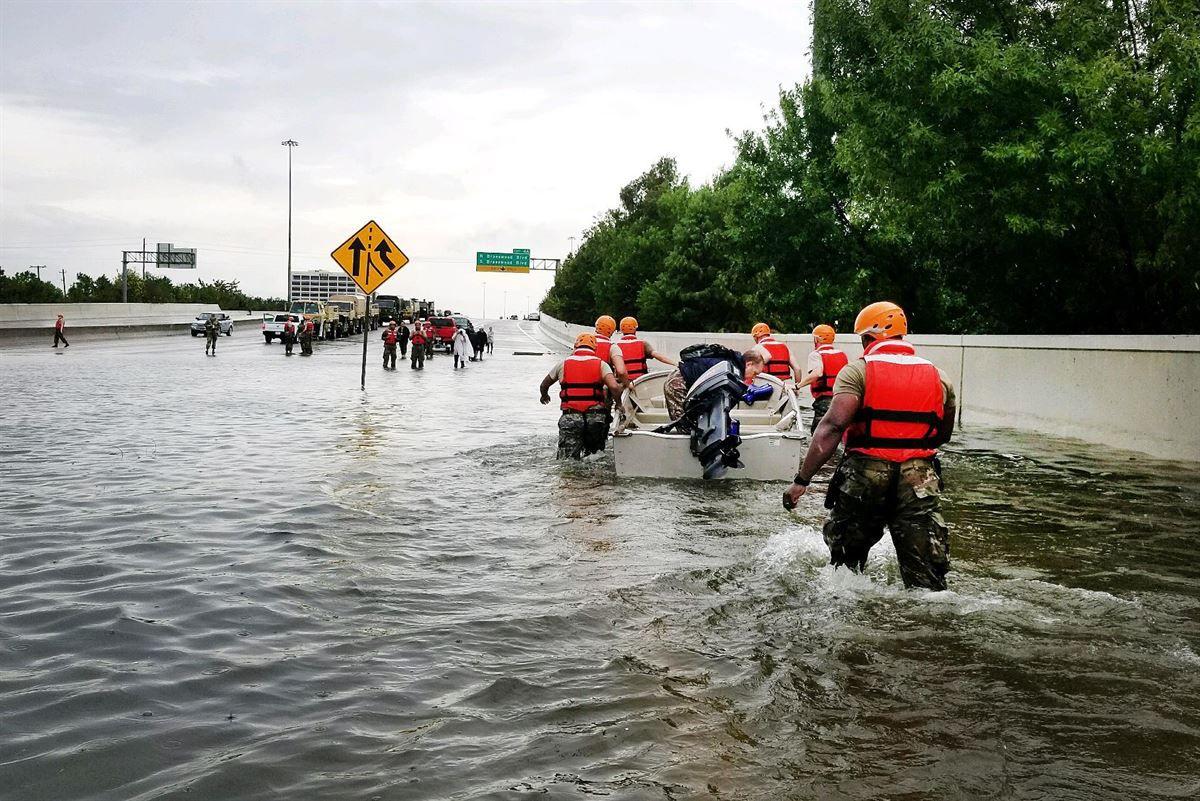 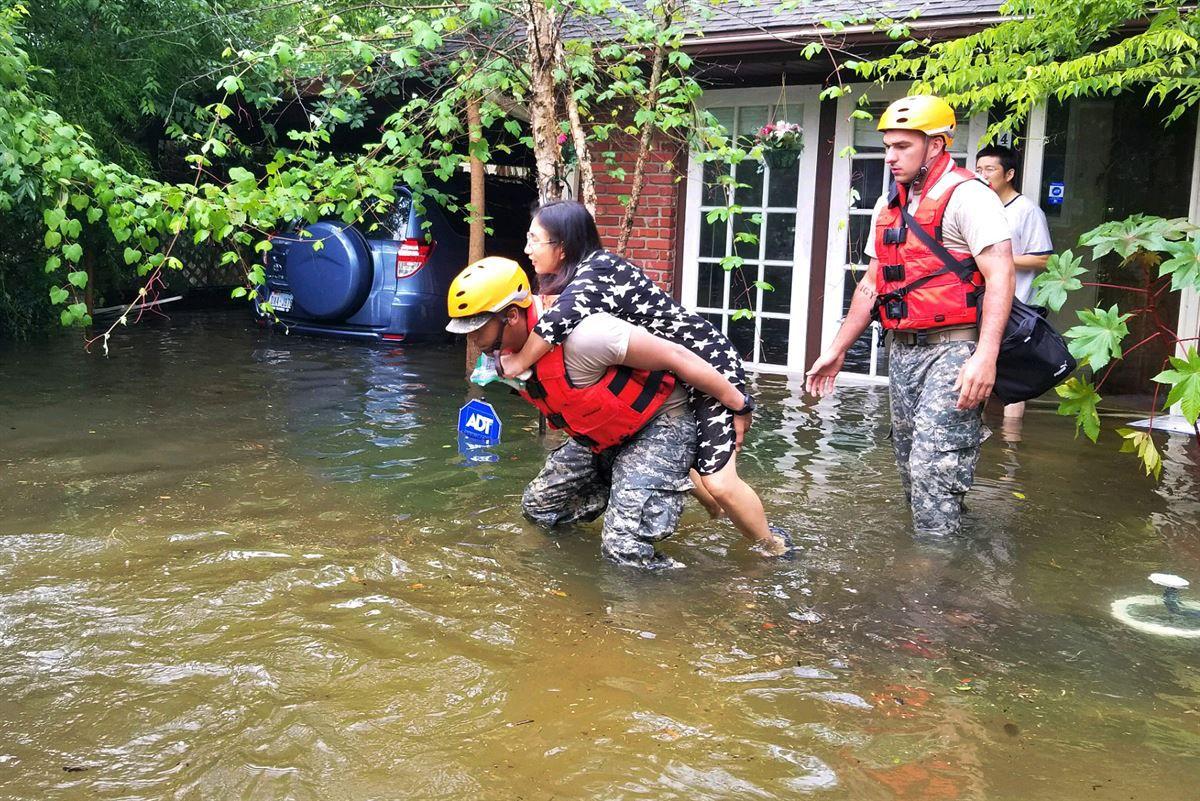 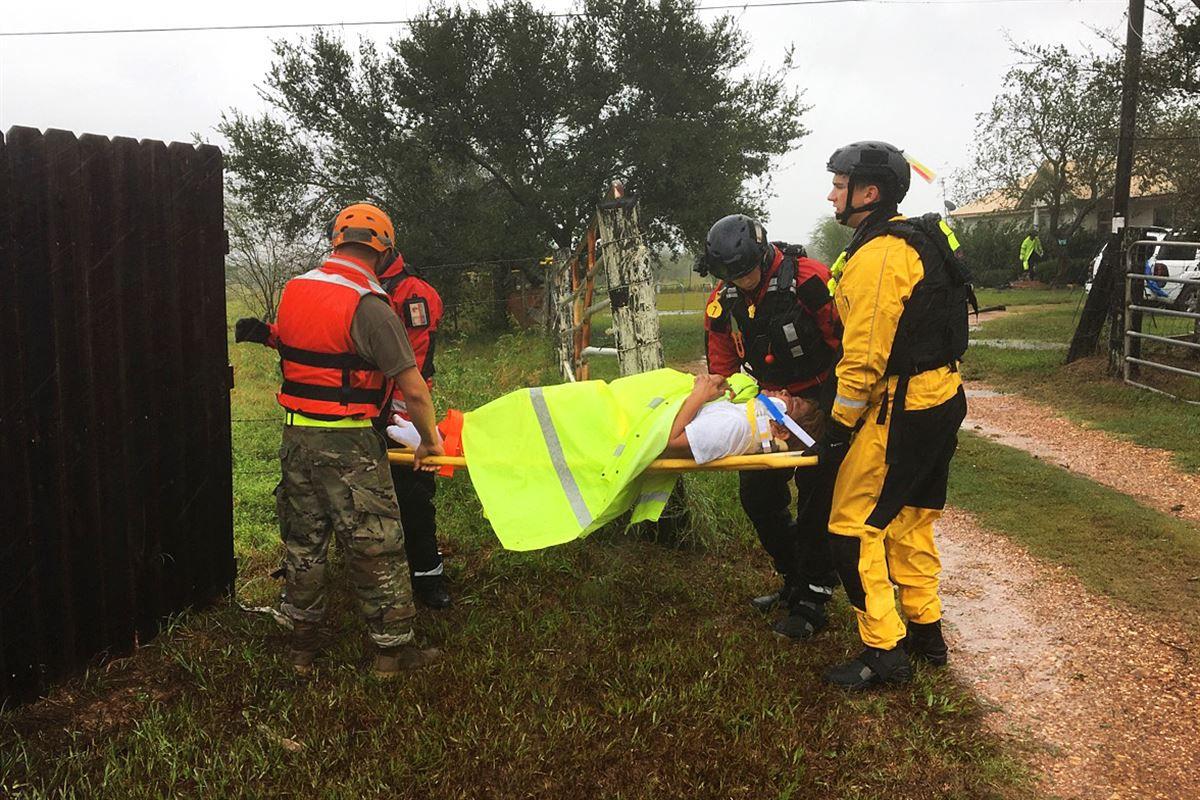 Texas National Guardsmen work with emergency responders by evacuating a resident affected by Hurrican Harvey on a stretcher during search and rescue operations near Victoria on Sunday. (Photo Credit: National Guard photo by Lt. Zachary West 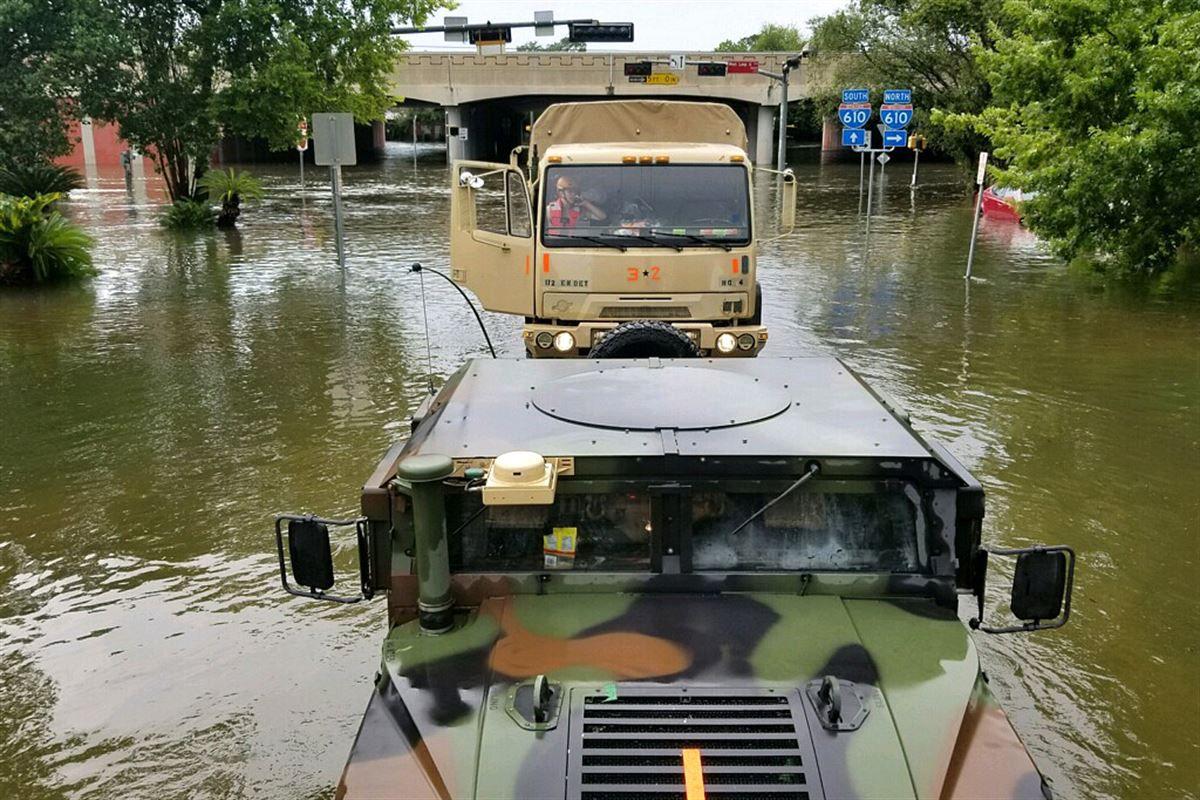 Texas National Guardsmen work with emergency responders by evacuating a resident affected by Hurrican Harvey on a stretcher during search and rescue operations near Victoria on Sunday. (Photo Credit: National Guard photo by Lt. Zachary West

HOUSTON — Weather forecasters report that the remnants of Hurricane Harvey are causing “catastrophic flooding” in Southeastern Texas, as 3,000 Texas State Guard and Texas National Guardsmen have now been called up to help their fellow citizens, Texas Gov. Greg Abbott said during a news conference in Austin on Sunday.

The governor announced in a release Monday that the entirety of the Texas National Guard has been mobiized in response to Harvey, bringing the total number of deployed guardsman to roughly 12,000. The Guardsmen will assist in the ongoing search and rescue effort for any Texans in immediate danger, and will be heavily involved in the extensive recovery effort in the aftermath of the storm.

“It is imperative that we do everything possible to protect the lives and safety of people across the state of Texas as we continue to face the aftermath of this storm,” said Abbott. “The Texas National Guard is working closely with FEMA and federal troops to respond urgently to the growing needs of Texans who have fallen victim to Hurricane Harvey, and the activation of the entire Guard will assist in the efforts already underway. I would like to thank FEMA administrator Brock Long, as well as all our brave first responders, for their hard work in helping those impacted by this terrible storm.”

Harvey has been downgraded to a tropical storm, but the National Weather Service says the rain will continue.

“This is really going to be an event that is going to continue to worsen,” said Daniel Porter, of the National Oceanic and Atmospheric Administration.

Harvey is the strongest storm to hit Texas since 1961, Abbott said. The governor said the federal government has provided all the assets the state has asked for to combat the storm. The Federal Emergency Management Agency is the lead federal agency working with the state and local officials, as 19 counties in the region have been declared disaster areas.

During a National Incident Communication Conference Call on Hurricane Harvey on Saturday, FEMA requested the Defense Department to provide a search and rescue package to the area. This consists of two planners, nine helicopters, two fixed wing aircraft and refuelers, and pararescue teams to operate from Joint Reserve Air Force Base in Fort Worth. In addition, DoD was asked to provide 11 generators and 50,000 gallons of gas and 50,000 gallons diesel to Fort Hood.

Hurricane Harvey made landfall in Corpus Christi late Friday, bringing fierce winds and heavy rain. About 900 members of the Texas Army National Guard were positioned throughout the state ahead of the storm at Abbott’s request.

“The men and women of the Texas National Guard are working around the clock to support all relief efforts from Hurricane Harvey,” said Maj. Gen. John F. Nichols, Texas Adjutant General. “We will not rest until we have made every effort to rescue all those in harm’s way. We will remain here as long as we are needed. I want to thank Governor Abbott for his continued leadership and look forward to serving the great people of Texas.”

According to the governor’s release, the Texas Guard currently has approximately 3,000 personnel activated and mobilized for operations relating to Hurricane Harvey rescue and recovery. This new mobilization sends those who are physically able, not currently deployed, preparing to deploy or in a combat preparation cycle to answer the call for help and assist their fellow Texans in need. All Texas Military Department personnel should report to their respective units for further instructions, the release stated.

The activation includes members of the Texas National Guard and the Texas State Guard with the Texas Military Forces, officials said.

UH-60 Black Hawk and UH-72 Lakota air crews remain in position and on standby in Austin and San Antonio to assist with emergency search and rescue, swift-water rescues and emergency evacuations.

“This is what we train for,” said Army Brig. Gen. Patrick M. Hamilton, commander of the Domestic Operations Task Force. “And we’re proud to stand beside our civilian partners, first responders and volunteers to serve the citizens of Texas.”

Herald military reporter David A. Bryant contributed to this report.