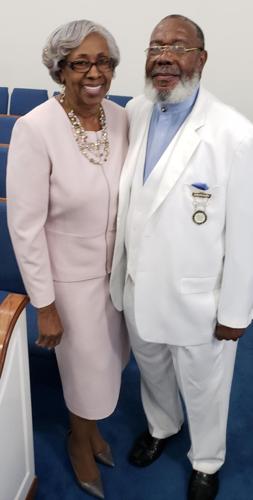 Clementine and Harold Lewis have been married 54 years. 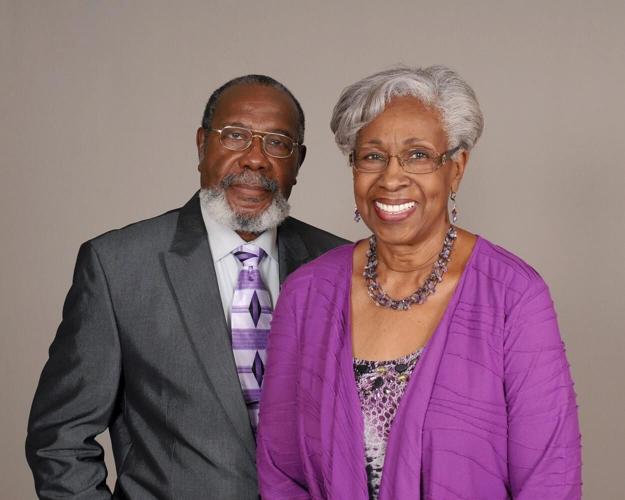 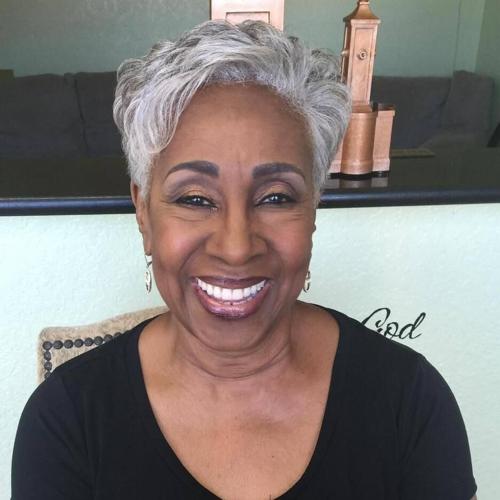 Clementine and Harold Lewis have been married 54 years.

KEMPNER — Clementine Lewis was not long out of high school when she started dating a young man from her hometown of Texarkana, who was five years older than her and worked different jobs for a while before joining the U.S. Army.

When he got orders to report for duty in Vietnam, the young couple got married in 1968 at a local justice of the peace office and Clementine stayed home to work at the nearby Lone Star Army Ammunition Plant. They reunited when Harold came back a year later, but not long after that, it was time to pack their bags and head east to Fort Bragg, N.C., where Harold was a cook and NCO for the famed 82nd Airborne Division.

It was the first time for Clementine to ever be away from her family, and she had to grow up quickly.

“I was crying because I had never been away from home before,” the 75-year-old Kempner resident said. “I was 18, 19 years old, and so it was kinda hard.

“It was really difficult at first. We stayed in a place in Fayetteville … it was a cul-de-sac. It seemed like everybody knew each other, and if one barbecued, everybody barbecued. You’d just get your food and take it over there.

“We played softball in the evening, and we had flower bed competitions. I remember the young man at the corner would bring a tomato down to the house and show me his tomato was bigger than mine.

“One lady, her husband was the mess sergeant, so my husband worked for him. I remember when it was time for me to have something (host a gathering), I said, ‘You all just go home; I’ll clean up tomorrow.’

“She said, ‘Oh, no. We’re getting this done tonight. You never go to bed before you clean up. You’ll regret it in the morning.’

“I learned a lot from her. When I was growing up, I didn’t really have to do anything at home. I had an older sister and my mom, and I played basketball and softball, so I never had to do anything like that. But I learned. There was a great little support system there. You had people of all ages — I think I was about the youngest in that little section — and I learned so much. I learned a lot at Fort Bragg.

“The only thing I didn’t like about Fort Bragg was that they stayed on alert a lot.”

During the Vietnam War era, writing letters was a primary form of communication between soldiers and their families back home. Clementine says she was never able to actually speak to Harold the way military family members do now — no phone calls — and she still has some of the letters he wrote.

The first time she laid eyes on him after his yearlong combat tour ended was when he showed up in Texarkana.

“I knew he was coming back (but) I didn’t know the exact date and time,” she said. “My mother loved him … because he loved to eat. She would fix him those big biscuits and breakfast and stuff.

“When he came back, we bought a new car. It was a yellow Dodge Charger. We stayed in Texarkana for a while and then, of course, we had to leave.”

It was on then to their first duty station together at Fort Bragg. Their next assignment was at Fort Polk, La., and then overseas to Germany.

She enjoyed their time at Fort Bragg — not so much at Fort Polk — but Germany was her favorite tour, and a bit of an eye-opener at first.

“They weren’t used to black folks. When we flew in, people were pointing at us. I told my daughter, ‘Get you a cup and hold it out. Maybe you’ll get a little money,’” Clementine said, laughing.

“They lost all our luggage. This mess sergeant Harold worked for, they took us in. We didn’t have our clothes; nothing to wear to bed that night or anything. All the coats we had bought before we left, they never found those.

Back then, the Army did not have organized support networks like the Soldier Family Readiness Groups that are in place now. It was up to the families to help each other out, and that is exactly what happened in Germany, Clementine says:

“When we first went there, they didn’t have anything. We got together and created a linen closet, where if people needed something, they could get it.

“I worked for the colonel there — the commander — as his secretary. I had to have a secret clearance, and I was so scared all the time,” she said. “When they gave me something to type that was secret, I took everything off my desk. They didn’t have to tell me once.

“We lived at a place where all the German and American families lived together. It wasn’t officers and enlisted; it was everybody together in a group. We all got along together. We got along with the Germany people … when we had parties, the Polizei (police) were right across from where we lived, and they would come over and be with us.

“It was just really nice.”

The Lewis’ came to Fort Hood in 1980, with Harold continuing his work as an award-winning Army cook and Clementine taking a job for a while at a new Walmart in Copperas Cove, and later moving to a military personnel slot at Fort Hood, followed by a job in civilian personnel at Darnall Army Community Hospital and then on to III Corps.

During that time, they lived in Copperas Cove, and one day in 1987 Harold came home and announced he was retiring from the military after 20 years’ service.

“We lived on Judy Lane then,” Clementine said. “He came home and he told me, ‘I retired.’

“Later on, he got bored and went back to work for the prison system in food service. He always loved cooking. He used to win a lot of (Army) competitions. When those guys came into his kitchen, they had to be dressed right. They had to be sharp to work for him.

“He said, ‘No one wants to come in and eat if you’re looking all raggedy.’”

Clementine got a taste of that attention to detail one day at home when she learned firsthand about a unique way some soldiers had of polishing their boots. This method involved putting a dab of polish on the toe and then lighting it on fire to liquify the paste and help improve the shine.

“At Fort Bragg, we had upstairs and downstairs,” Clementine said. “The first time I saw his boots on fire, I ran and got a blanket and put it over them. He said, ‘What are you doing?’

Harold, who retired from the Army as a sergeant first class, retired for good after a few years with the state prison system, and Clementine followed suit in 2012.

These days, the couple stays busy with church, bible study and spending time with their three children, five grandchildren and three great-grandchildren. They have lived in Kempner for 20 years now and have fond memories of their time in the service.

“I loved it,” Clementine said. “I think out of all (the assignments) we had, Germany and Fort Bragg were the best. Probably Germany first, and Fort Bragg a close second.

“We did so much in Germany. We would go to Denmark. My kids got to go skiing. I couldn’t go a lot of places because I was working for the colonel … but it was nice. On Wednesday night — I think it was Wednesday — the school would open up and show movies. We didn’t have American TV.

“We got to go to East Berlin twice. We went on a train. Our little church did that. They told us what to do and what not to do — we really listened to that.

“The Army has changed, so I don’t know if I would say the same thing now. It is totally different, but I loved it back then.”

Do you think the Killeen Independent School District should change to single-member districts for board representation?