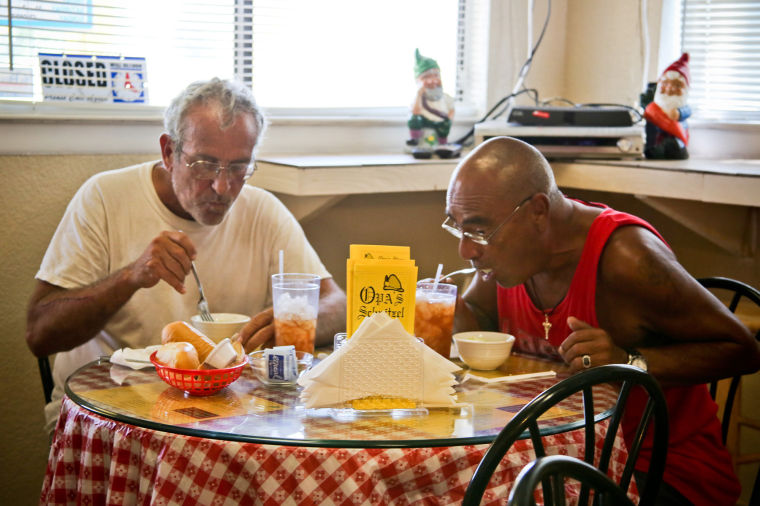 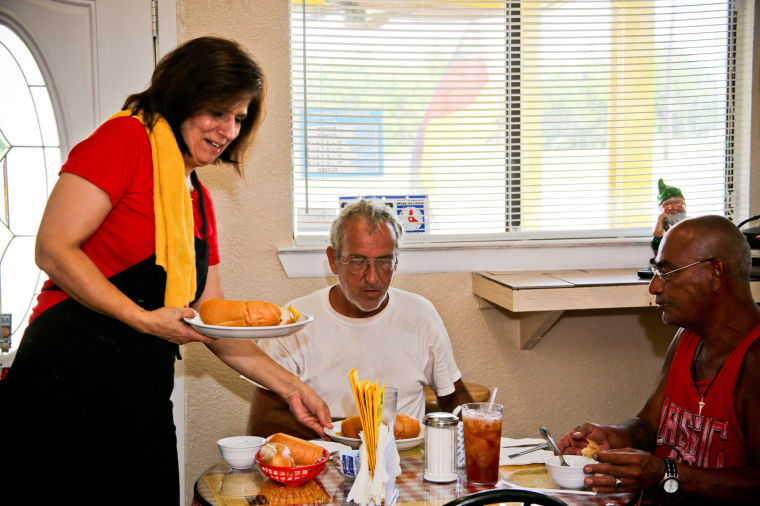 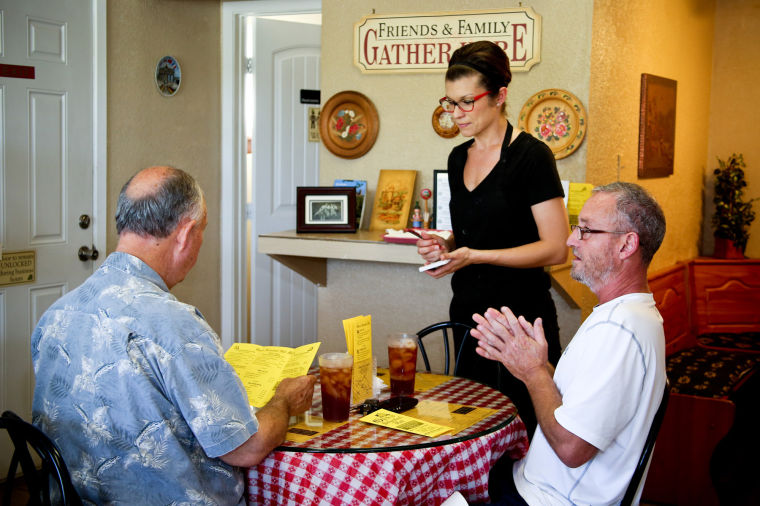 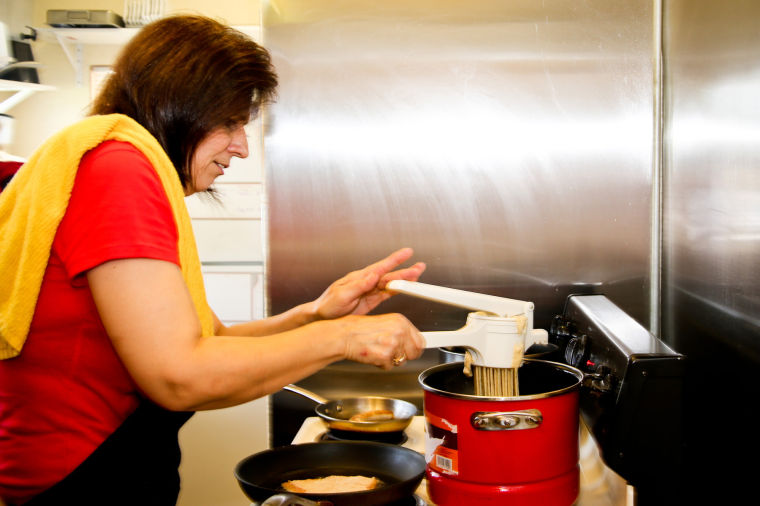 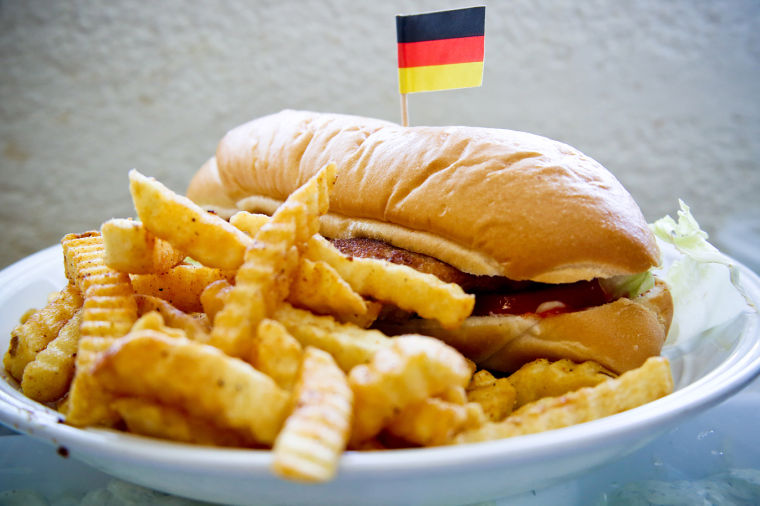 The Schnitzel Sandwich and fries is a popular item on the menu at Opa's Schnitzel Hut in Harker Heights. 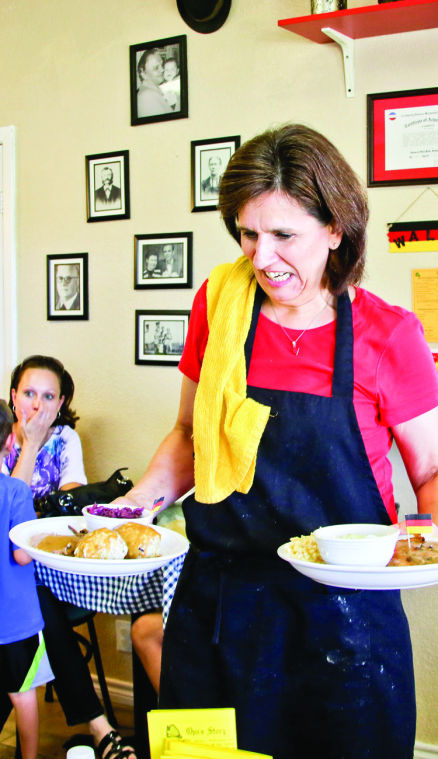 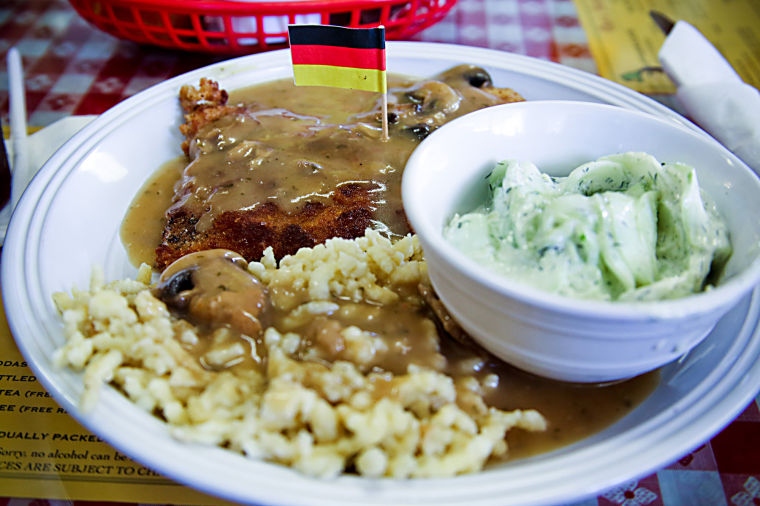 A plate of Jaegershnitzel, spatzle, and cucumber salad is prepared for a customer at Opa's Schnitzel Hut on Saturday afternoon. 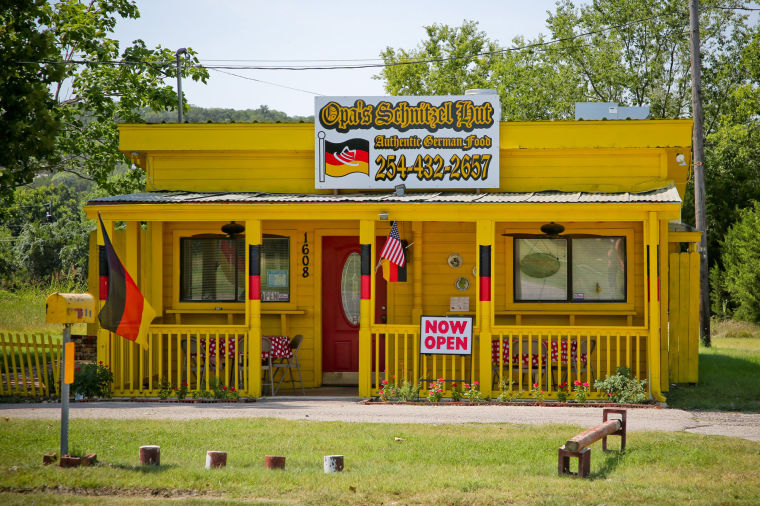 The Schnitzel Sandwich and fries is a popular item on the menu at Opa's Schnitzel Hut in Harker Heights.

A plate of Jaegershnitzel, spatzle, and cucumber salad is prepared for a customer at Opa's Schnitzel Hut on Saturday afternoon.

Little white ribbons of dough get dropped into a pot of simmering water in the kitchen of Opa’s Schnitzel Hut.

Owner and chef Wally RedElk stirred the Spätzle, traditional German noodles, and then quickly scooped them out.

“It’s easy to over-cook, so I keep my eye on it, so it comes out right,” RedElk said. “If it don’t taste good, I won’t serve it. But after a lifetime of cooking, it always tastes good.”

The lunch rush of hungry patrons already filled the tiny dining room of the recently opened German eatery. Located in a small yellow hut on Farm-to-Market 2410, the food is drawing rave reviews from diners.

“This is the best German food in town, and I don’t have to cook it,” said Sabina Garnov, one of RedElk’s long-time friends.

Alex Alderet had never eaten German food before, so he was surprised by the textures and flavors.

“It almost melts in your mouth, it’s that delicious,” Alderet said.

The menu consist of German favorites, such as wiener schnitzel, bratwurst, red cabbage and sauerkraut; all made fresh and authentic. Once a month, RedElk will feature a different Saturday special, and recently she made sauerbraten and semmelknödel, dumplings made with bread crumbs.

A resident of Killeen for more than 20 years, RedElk worked for Golden Chick for almost nine years.

“Cooking is in my blood and I would cook family meals for about 40 people,” she said.

Family and friends encouraged her to open a restaurant, but it wasn’t until this spring that she had the chance. The owner of the previous restaurant offered to sell it to her.

“This was meant to be and God laid this in my lap,” she said.

Opa’s Schnitzel Hut was named in honor of her father, Herbert Schreiber, a head chef.

In barely one month and with help from friends who cooked, mowed the grass and painted the walls, RedElk’s dream became a reality.

“It’s small and cozy, but we sing and have a lot of fun cooking,” Kristin Kragl said.

“This was perfect timing for me, and I’m doing what I love to do,” RedElk said.