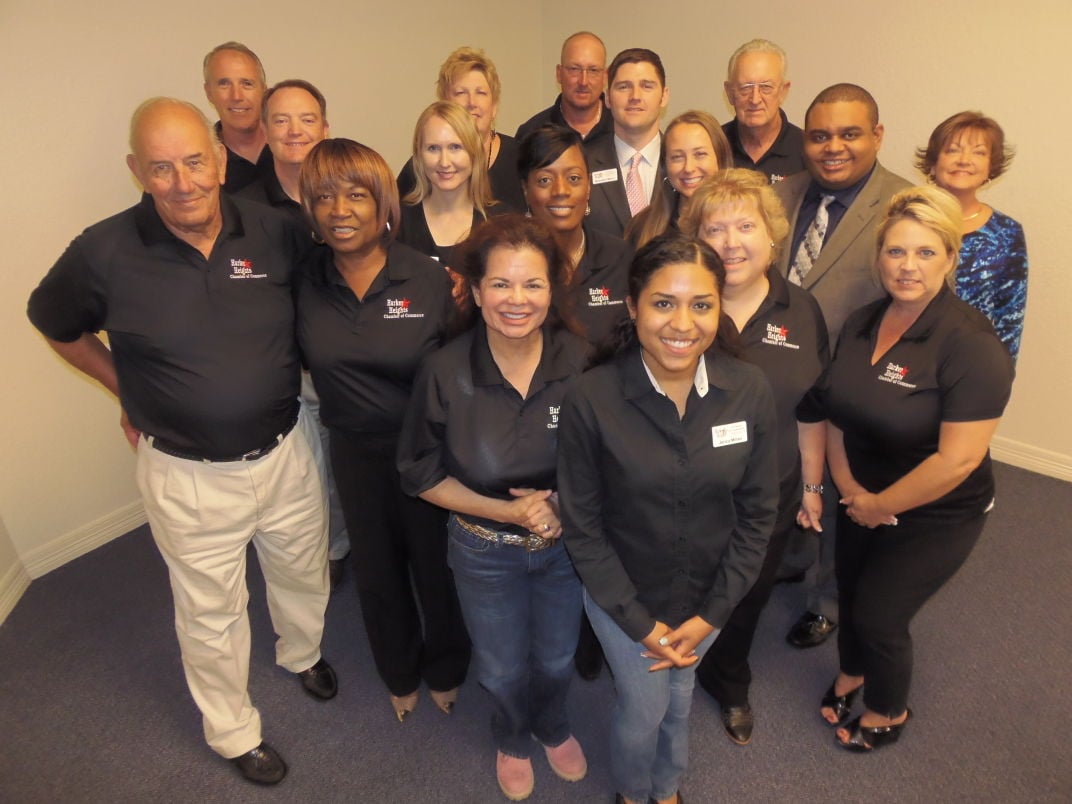 Several members of the Heights Vision XXI 2014 graduating class gather for a photo after the graduation Wednesday. 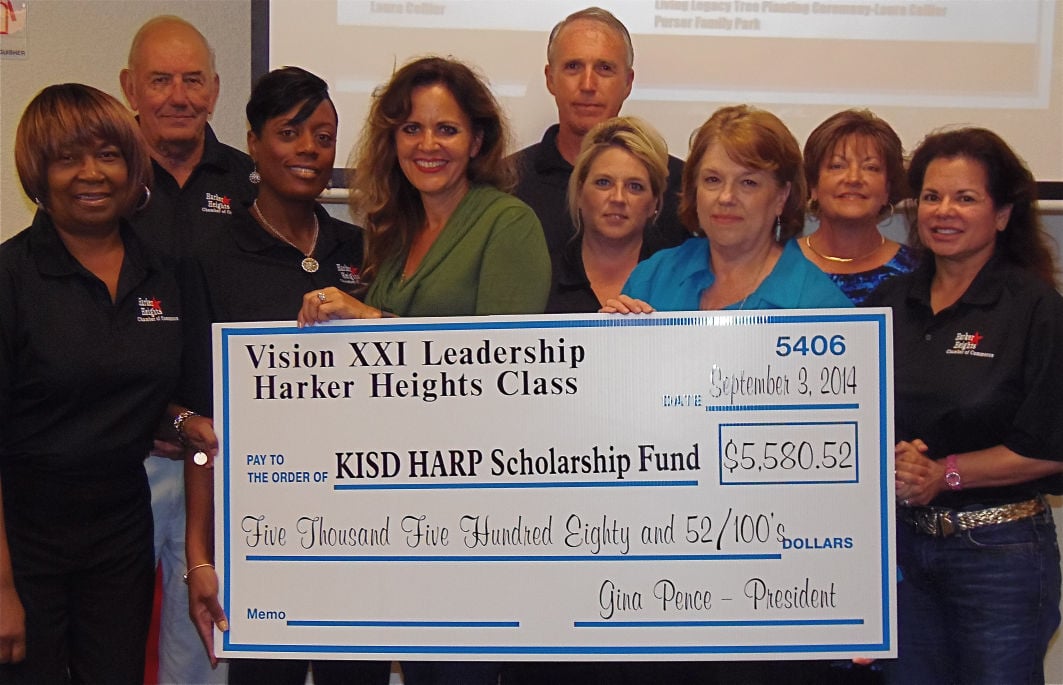 Several members of the Heights Vision XXI 2014 graduating class gather for a photo after the graduation Wednesday.

The class was an outgrowth of the chamber’s Quality of Life Committee.

“It’s name became Vision XXI and the group consisted of business leaders, community and non-community talent coming together to share with other people like those in this class,” Anderson said.

Vision XXI was all about seeking out people who would get a taste of the community behind the scenes and get enthused about it.

The class met once a month for eight months and in addition to taking field trips the class, was challenged to discuss creating a class project each time they met.

“The whole idea behind the class was service to others and the community,” said Gina Pence, executive director and CEO of the Harker Heights Chamber of Commerce.

Continuing service to the community is the goal of the class and for the graduates to stay active as leaders.

A great deal of that involvement is available through chamber volunteer committees.

Jerry Bark, director of Parks and Recreation, spoke to the group about volunteerism.

Tony Mino, director of the YMCA, talked about the need for more chamber ambassadors.

Randy Sutton, of First State Bank, told the group about the opportunities available through the Military Affairs Committee.

Part of the graduation ceremony was a celebration of the class project, a Life Enrichment Fair held in August that raised $5,580 for the Killeen Independent School District’s Homeless Awareness Response Program Scholarship Fund that will be used to assist homeless students who are graduating seniors this year at Harker Heights High School.

Jennifer Cobb was voted by her classmates as the Shining Star of the class.

She served as the chairwoman of the class project committee.

A tree will be planted in her honor at Purser Park.