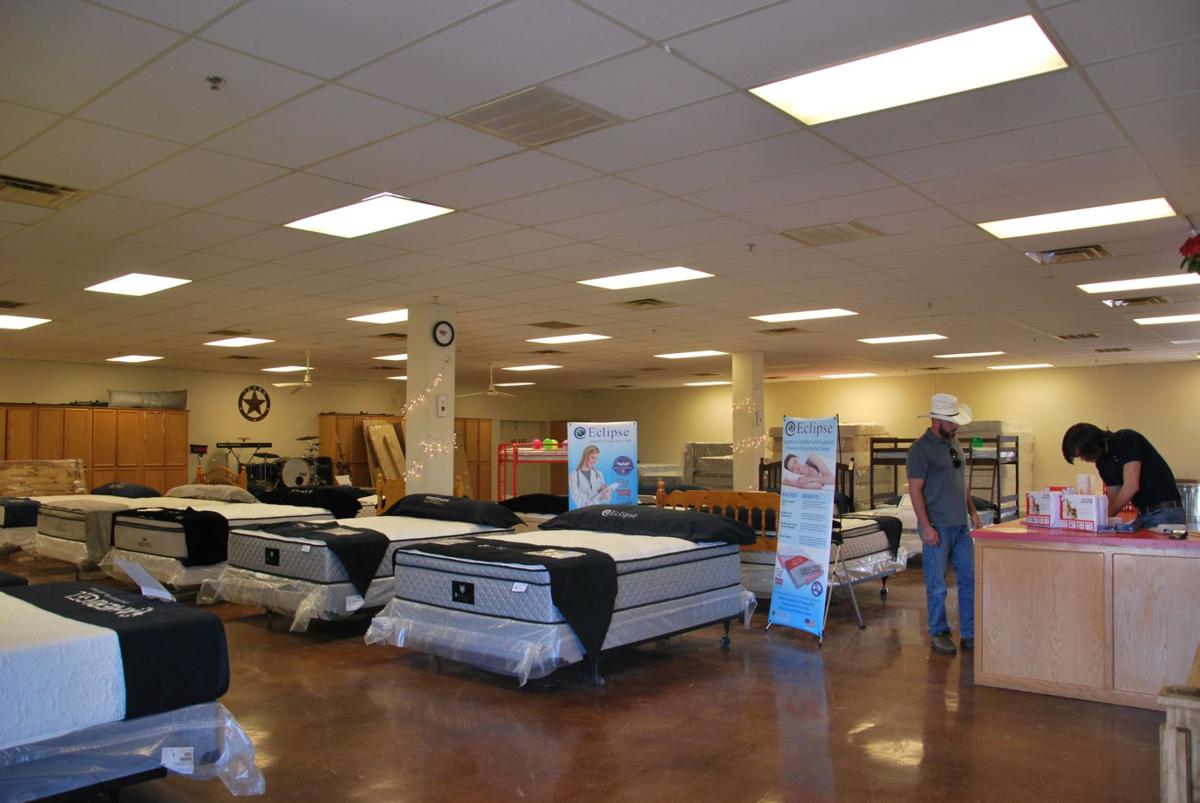 Patrick Warram assists a customer at Texas Mattress Plus Wednesday before the Harker Heights Chamber of Commerce ribbon cutting ceremony. See more photos of the new store with this story at harkerheightsherald.com. 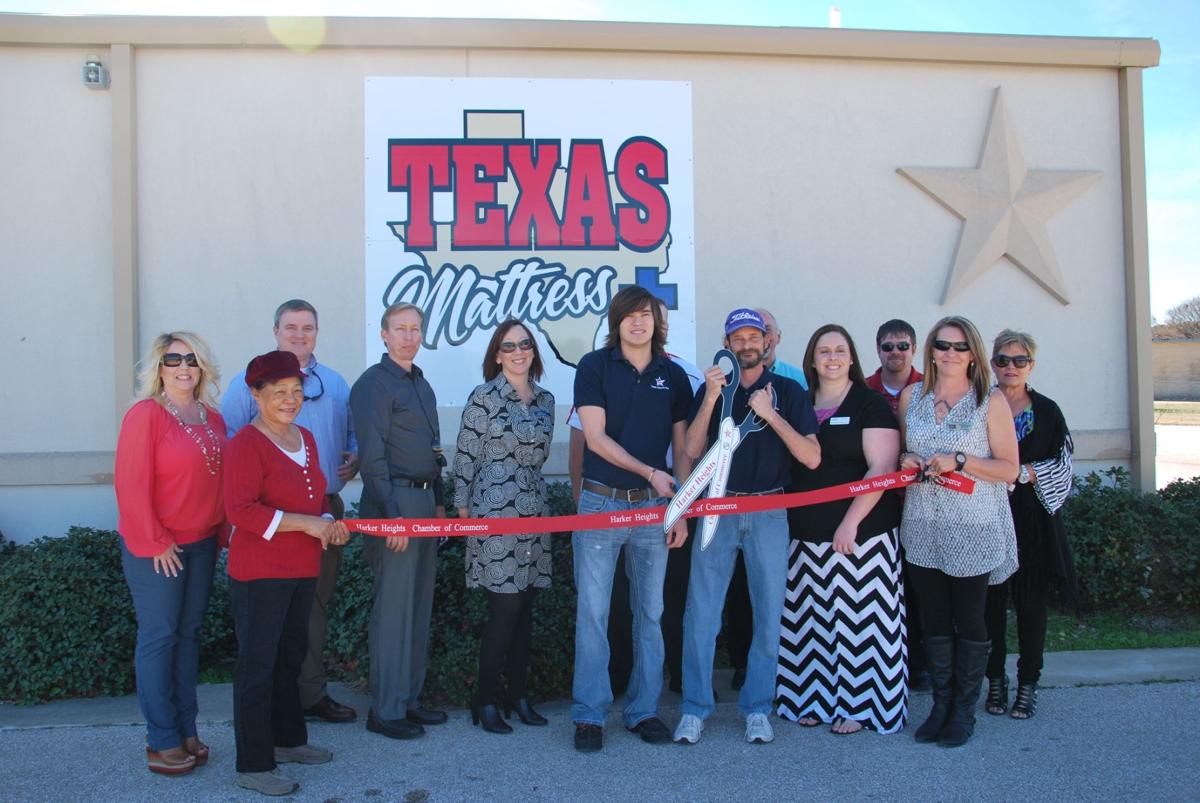 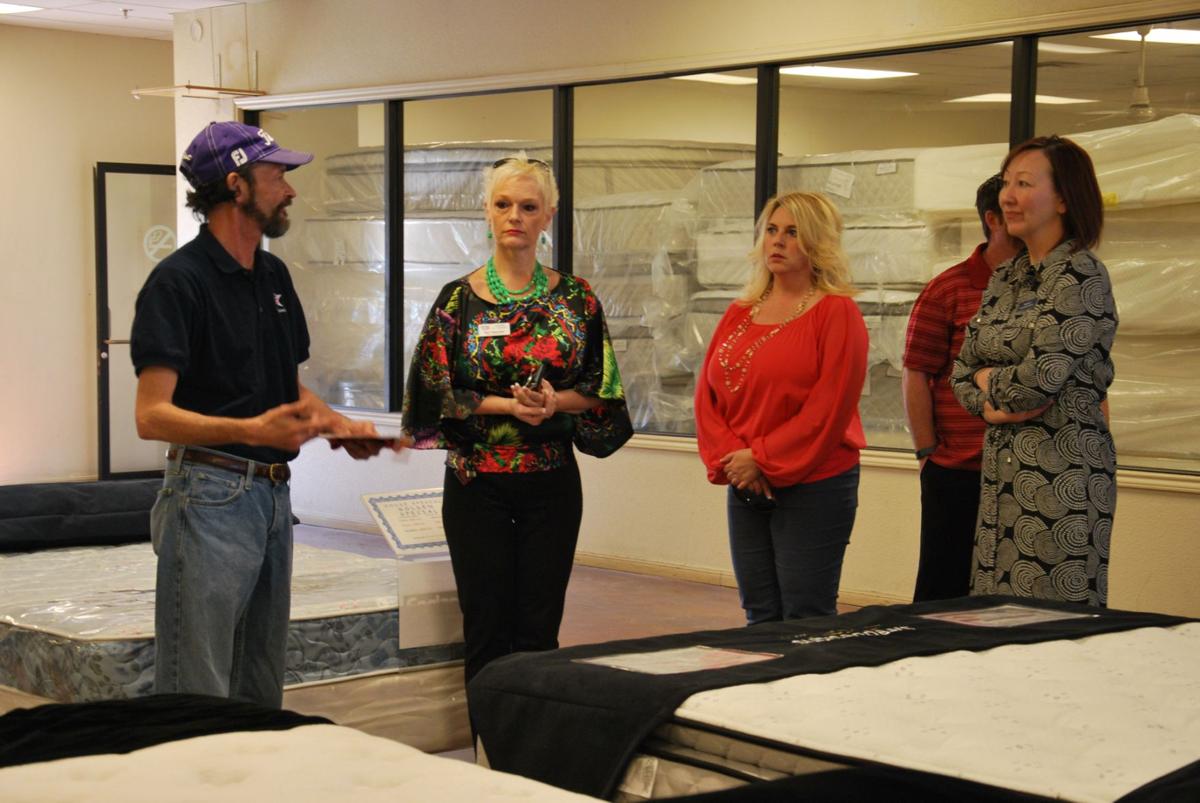 Patrick Warram assists a customer at Texas Mattress Plus Wednesday before the Harker Heights Chamber of Commerce ribbon cutting ceremony. See more photos of the new store with this story at harkerheightsherald.com.

After more than a decade in the mattress business, Mike Warram is excited to share his expertise with the public.

And this time around, he’s doing it with his own business.

Formerly the general manager of Mattress Liquidators, Warram said he plans on providing the same great customer service at his new family-owned business: Texas Mattress Plus in Harker Heights.

“We try to give customers the fairest prices,” he said.

All of Warram’s mattresses are made in Texas.

Warram said his mattresses are just as good as more recognized brands such as Serta Sealy or Simmons.

“We stay away from big-brand names to give (customers) a better value and a lot more for their money,” added Warram.

Texas Mattress Plus officially opened its doors for business in mid-December, offering a wide selection of mattresses and a dedication to customer service.

According to Warram, mattresses need to be replaced every 5 to 7 years. With tax season upon us, Warram hopes people will put their tax returns to good use with a new mattress.

Mattresses mattress oh! My mattresses I want your soft gentle cares. Everyone wants a comfortable sleep after a busy schedule. Humans need sleep along with food, water and oxygen for a healthy life and to survive. Sleep is the most important indicator of overall health and well-being. We generally spend up to one-third of our lives asleep, and the overall state of “sleep health" remains an essential question throughout our lifespan. https://www.bedandwood.com/ [beam]

Wow, Mike Warram of Harker Heights, TX really has it going on! He and his sons sell Texas made mattress and box springs sets. The prices look good and the location near I90 Texas Expressway works out great if you're in Killeen, Texas or near the Fort Hood area and find yourself needing bedroom furniture and some Mattresses. The folks I saw in the mattress store were all smiles and I'm sure they are sleeping well after meeting up with Mike Warram, Mike Warram Jr., Patrick Warram and Johnny Ross at Texas Mattress Plus! I recommend calling Mike's direct telephone line 254-213-2166 there at his Harker Heights bedding store it is a good way of getting your questions about local deals on bunkbed... bunk beds answered. Please re-post this and help me help Mike put everyone to sleep[beam]