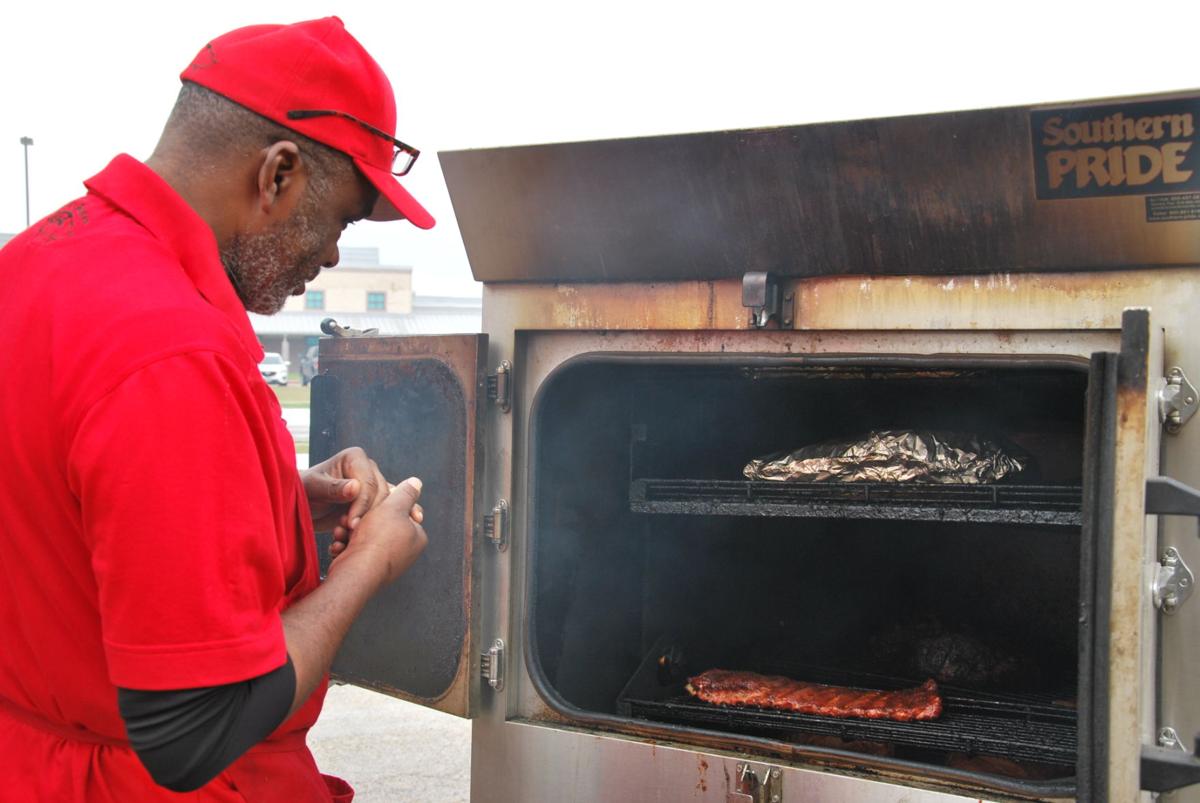 Alvin Whitehead checks on his pork ribs smoking in his Southern Pride smoker outside his new restaurant in Harker Heights at 1100 E FM 2410. 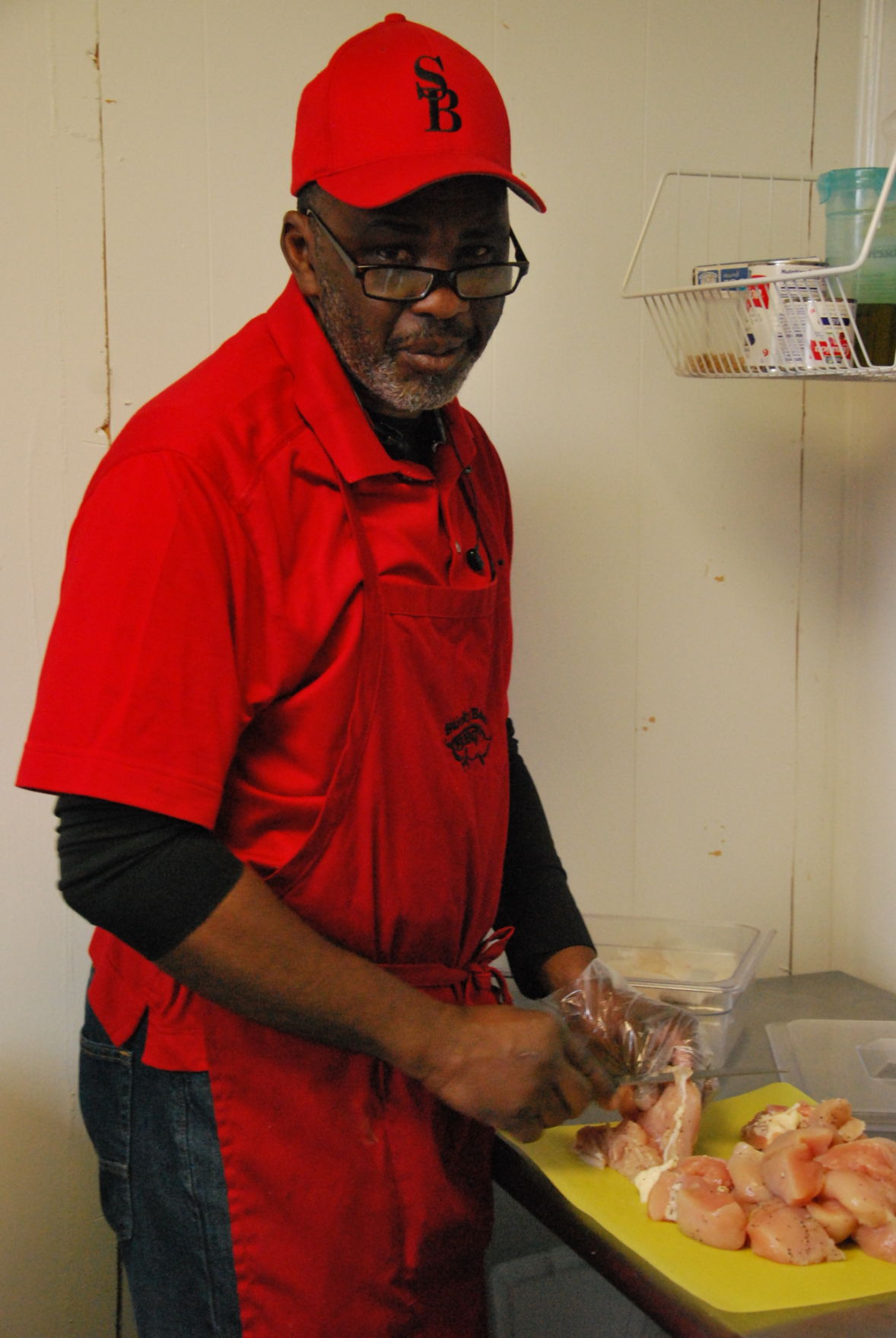 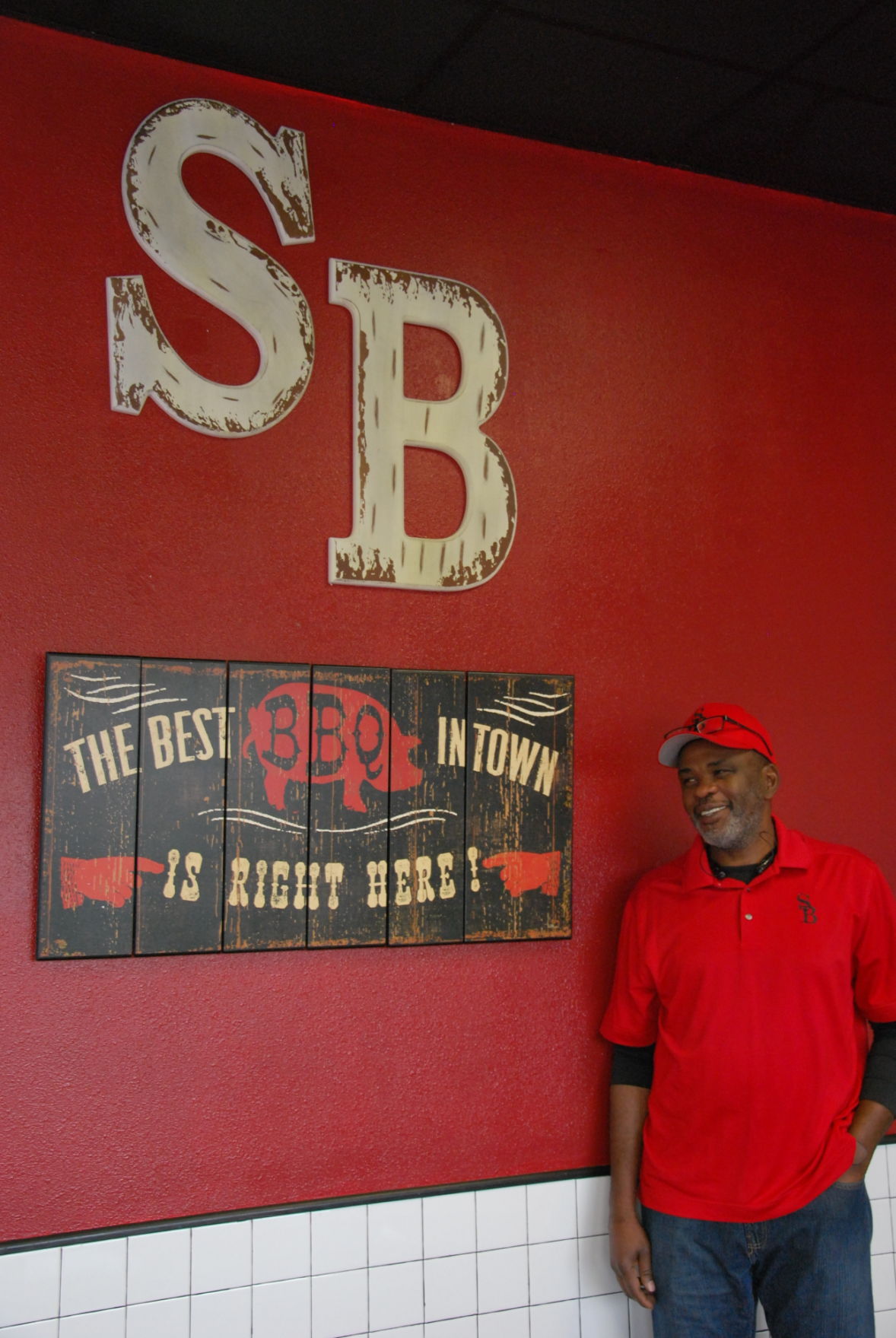 The interior decorations at Sticky Bones BBQ are a “labor of love from neighbors and friends,” owner Alvin Whitehead said. 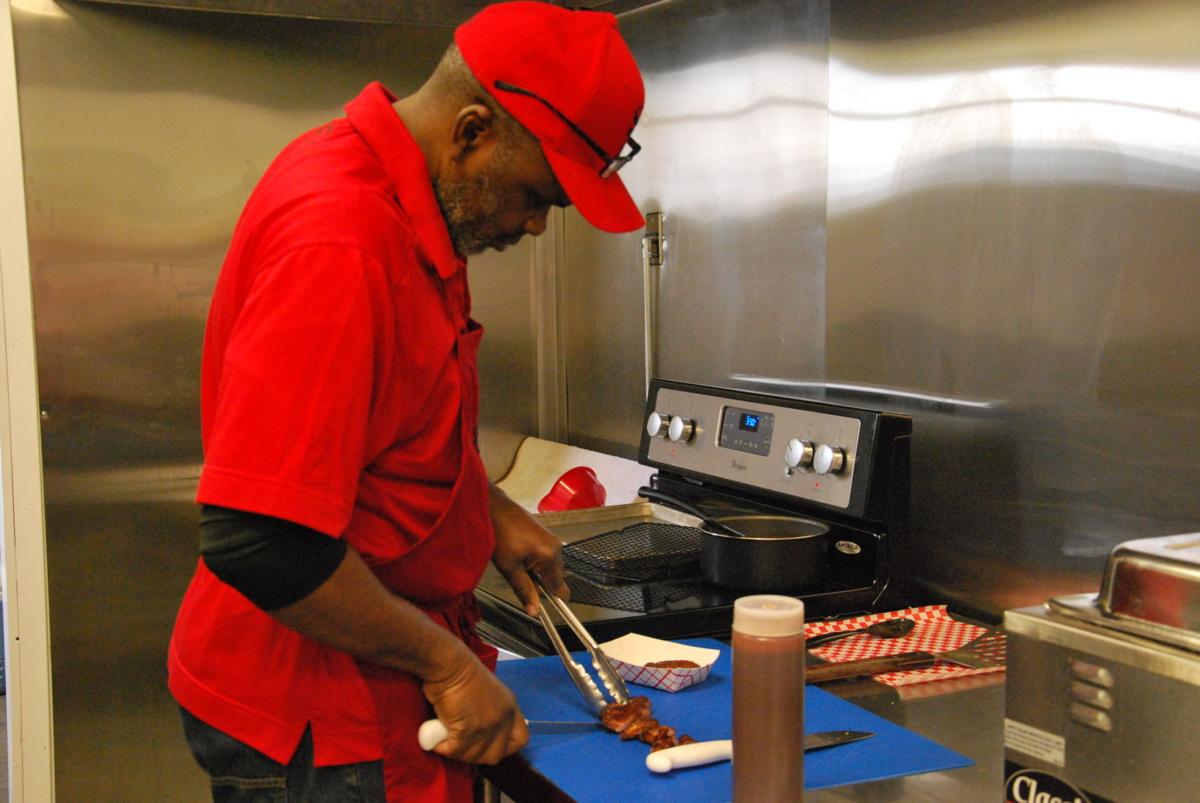 Alvin Whitehead checks on his pork ribs smoking in his Southern Pride smoker outside his new restaurant in Harker Heights at 1100 E FM 2410.

The interior decorations at Sticky Bones BBQ are a “labor of love from neighbors and friends,” owner Alvin Whitehead said.

After more than a year of solely serving food on Saturdays out of the Sticky Bones food truck, Whitehead is giving the brick-and-mortar restaurant a try.

Everything is made from scratch, from the barbecue sauce to the side dishes at Sticky Bones. The homemade sauce is described as “sweet, sticky and a little hot at the end, but not too spicy,” Alvin explained.

“We just love to feed people,” said his wife, Michele Whitehead. “It all started way back in the day in Germany.”

As a young couple in the 1980s while stationed in Germany, Michele and Alvin Whitehead would invite soldiers over for holiday feasts.

“Our house seemed to be the hub where everyone would meet and it’s also where Alvin began to perfect his craft,” said Michele Whitehead.

Alvin retired from the Army in 2007. After eight years with a private defense contractor, Alvin was ready for a change.

“I started doing barbecue part-time on the weekend and catering,” he said. “The food truck is how I gathered a following.”

Sticky Bones BBQ catering is available for weddings, corporate events, parties and more. The local barbecue shop already has multiple weddings booked as well as an upcoming bridal show in Temple. Arrangements can be made to rent the food truck as well in order to fit a variety of entertaining budgets.

One “Sticky” groupie, Sandra Thompson, was the first customer when she hired Sticky Bones BBQ to cater her daughter’s summer birthday party.

“I was their very first catering customer,” Thompson said, “They’ve done it every year since.”

Alvin Whitehead hopes this is only the beginning for Sticky Bones BBQ, dreaming one day his restaurant will be featured on the Food Network’s show “Diners, Drive-Ins and Dives.”

“This is the happiest I’ve seen this man in a very long time. He dances and sings all the time now,” Michele said.

To find out more about Sticky Bones BBQ, call 254-630-8647 or visit its website at www.stickybonesbbqtx.com.