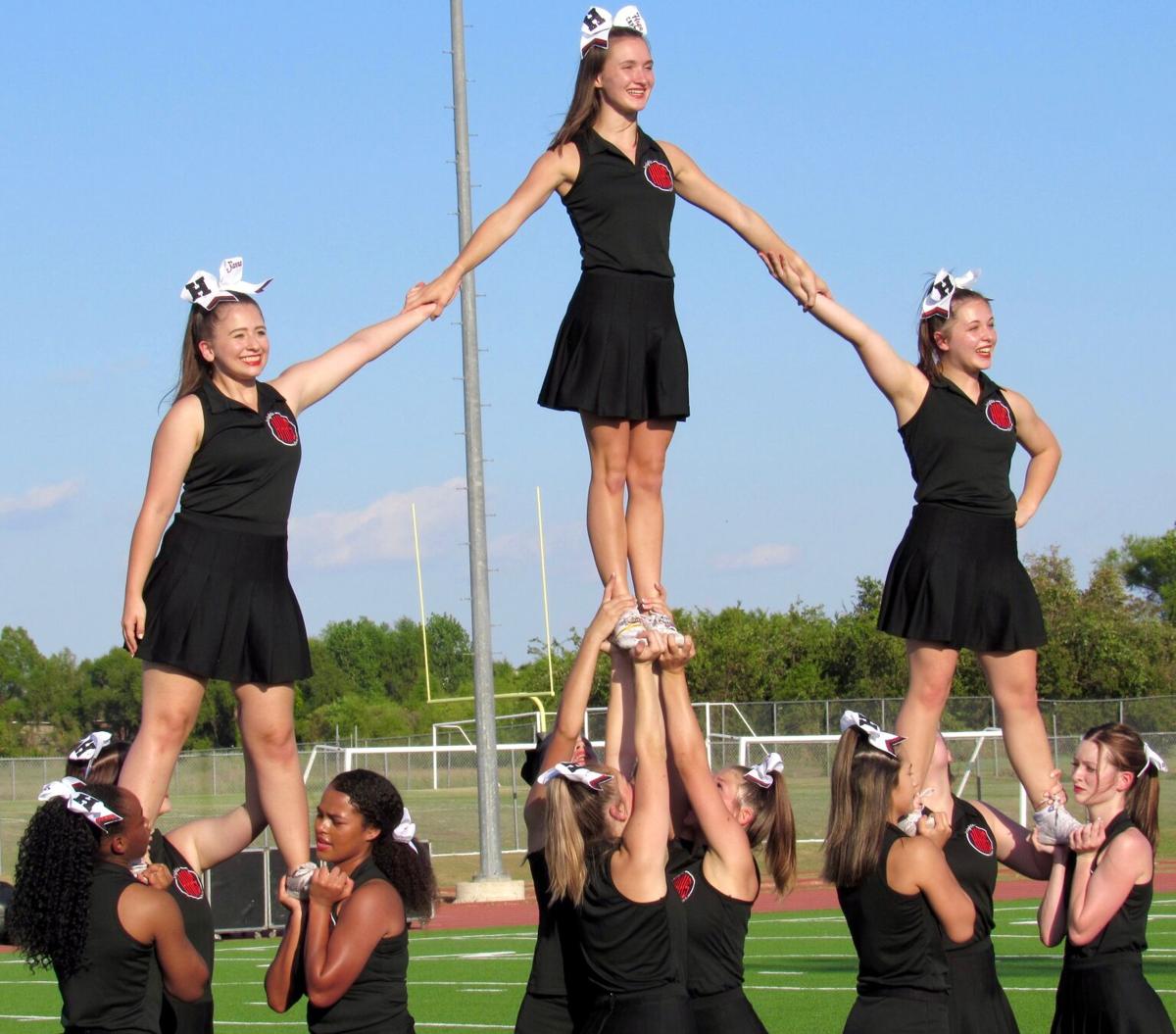 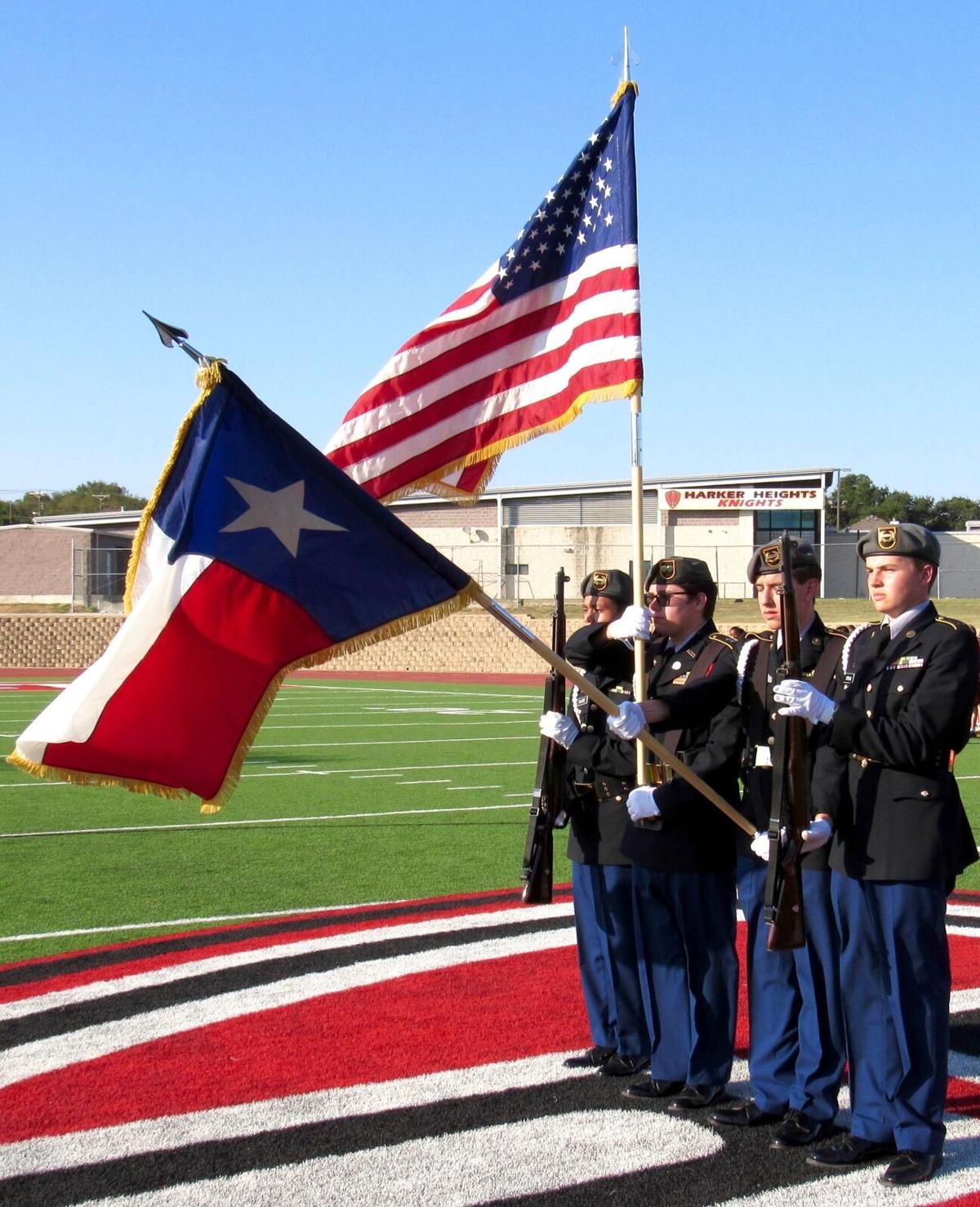 The JROTC Color Guard posts the colors during a rally Sept. 20 at Harker Heights High School. 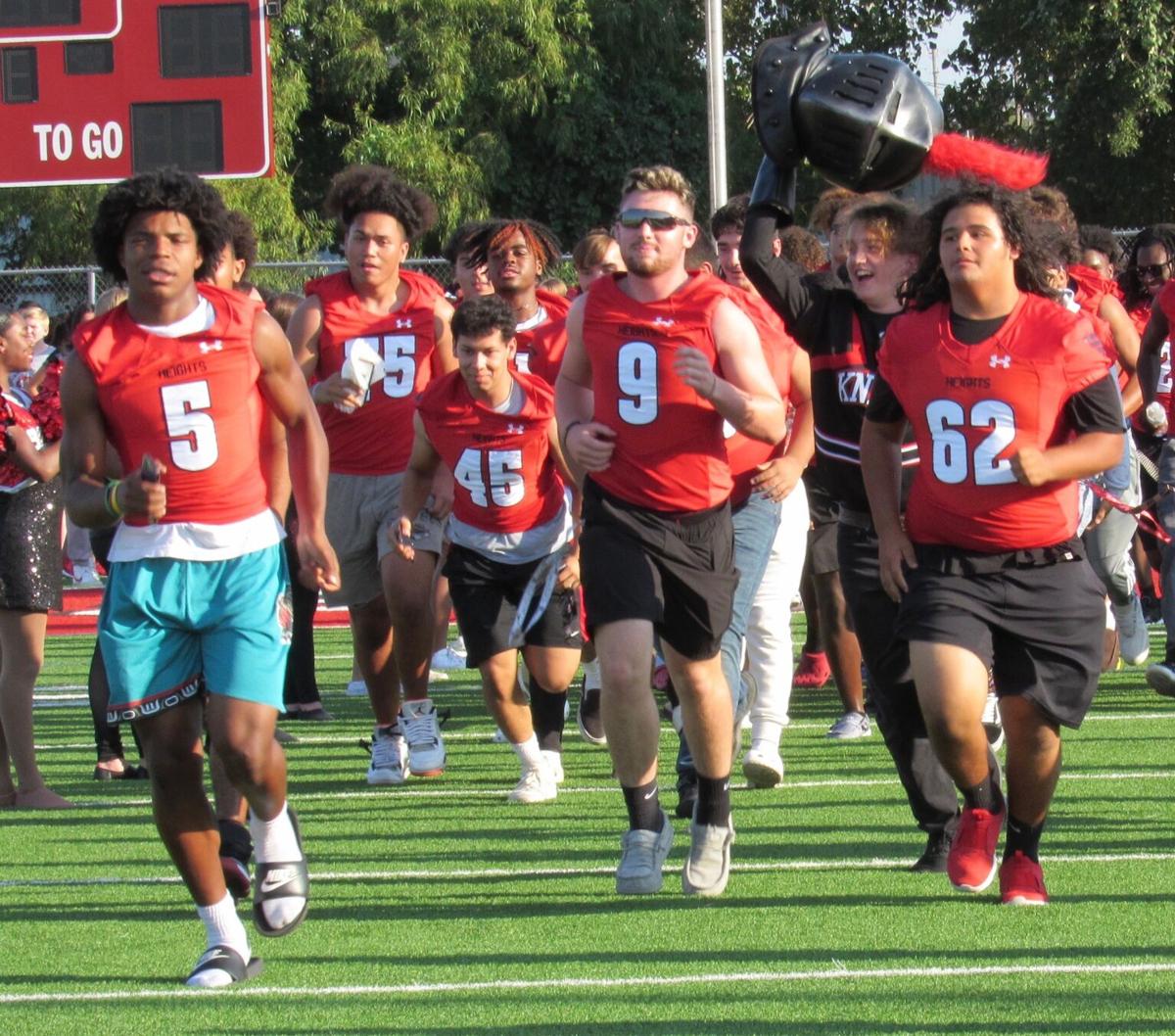 The Knights Football Team runs through the spirit line during a rally Sept. 20 at Harker Heights High School.

The JROTC Color Guard posts the colors during a rally Sept. 20 at Harker Heights High School.

The Knights Football Team runs through the spirit line during a rally Sept. 20 at Harker Heights High School.

COVID-19 either put on hold or canceled events last year, especially at school campuses. One of those events was a back to school rally that had been held at Harker Heights High School in prior years to fire up and recognize the hundreds of students in athletics, band, cheerleading, dance teams, parents and the entire community during homecoming week.

Hundreds of students and fans gathered in 100-degree heat on Sept. 20 at the Harker Heights School Track to celebrate during a Community Homecoming Rally that showcased all the students participating in football, band, volleyball, wrestling, baseball, cheerleading, dance, Crusaders and more.

The City Council was also in attendance.

Student Activities Director Nilda Rios told the Herald that the Knights are back.

Rios said, ”The rally is a way for everyone to not only see just the football team but to experience the performances of all groups and the pride the students have for the community that supports them.”

The Crimson Belles and Rosettes dance teams made their way to the field and formed a spirit line on the west side of the field for the teams to run through.

HHHS Principal Jorge Soldevila welcomed the crowd and at the end of the rally told the Herald, “After missing this last year, it was even more special today to have this great crowd on the campus.”

Kristina and Jimmy Salcedo were at the rally to cheer on their children who were in band and Crusaders.

The football team had been preparing for the homecoming game against Ellison on Thursday night. Coach Edwards, said, “We’ve been able to go 3-0 in non-district and we’re excited about starting the season.”

The band, Crimson Belles and Rosettes dance teams and cheerleaders performed for the crowd.

The rally concluded after the playing of the Alma Mater by the Red Brigade Band.