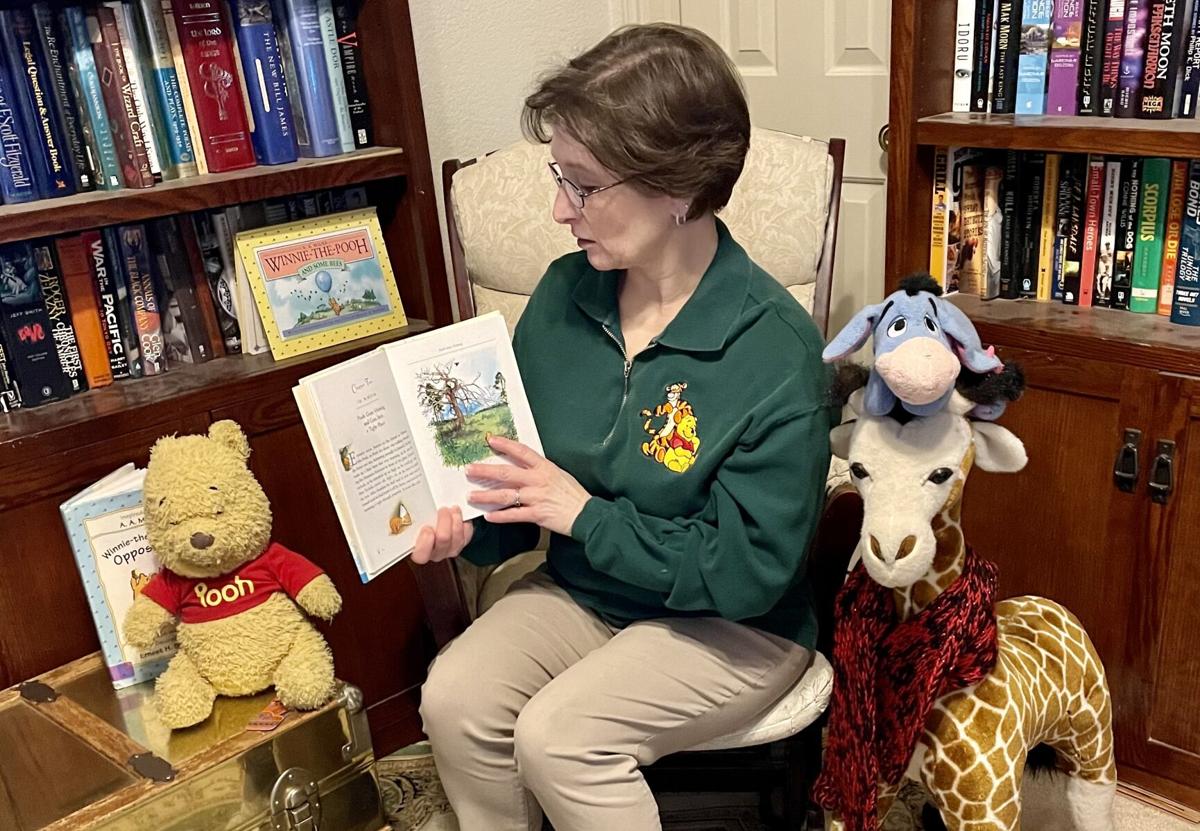 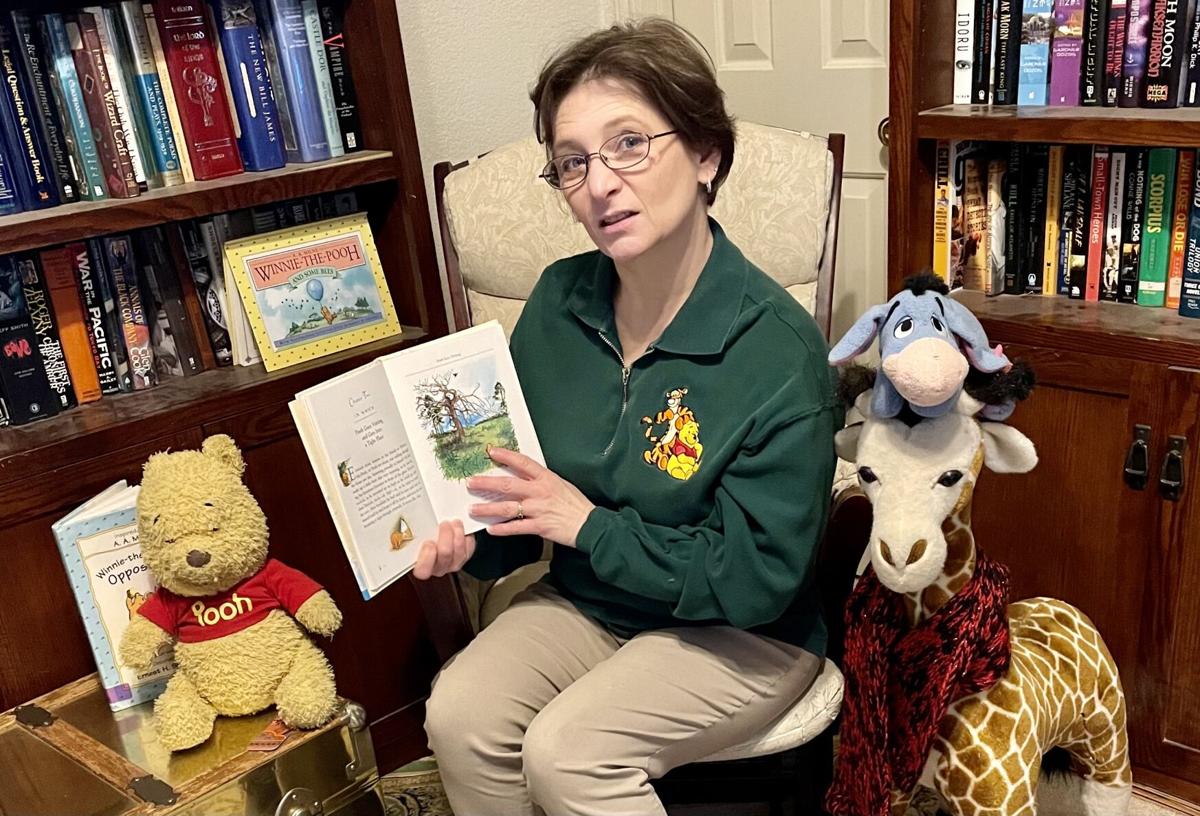 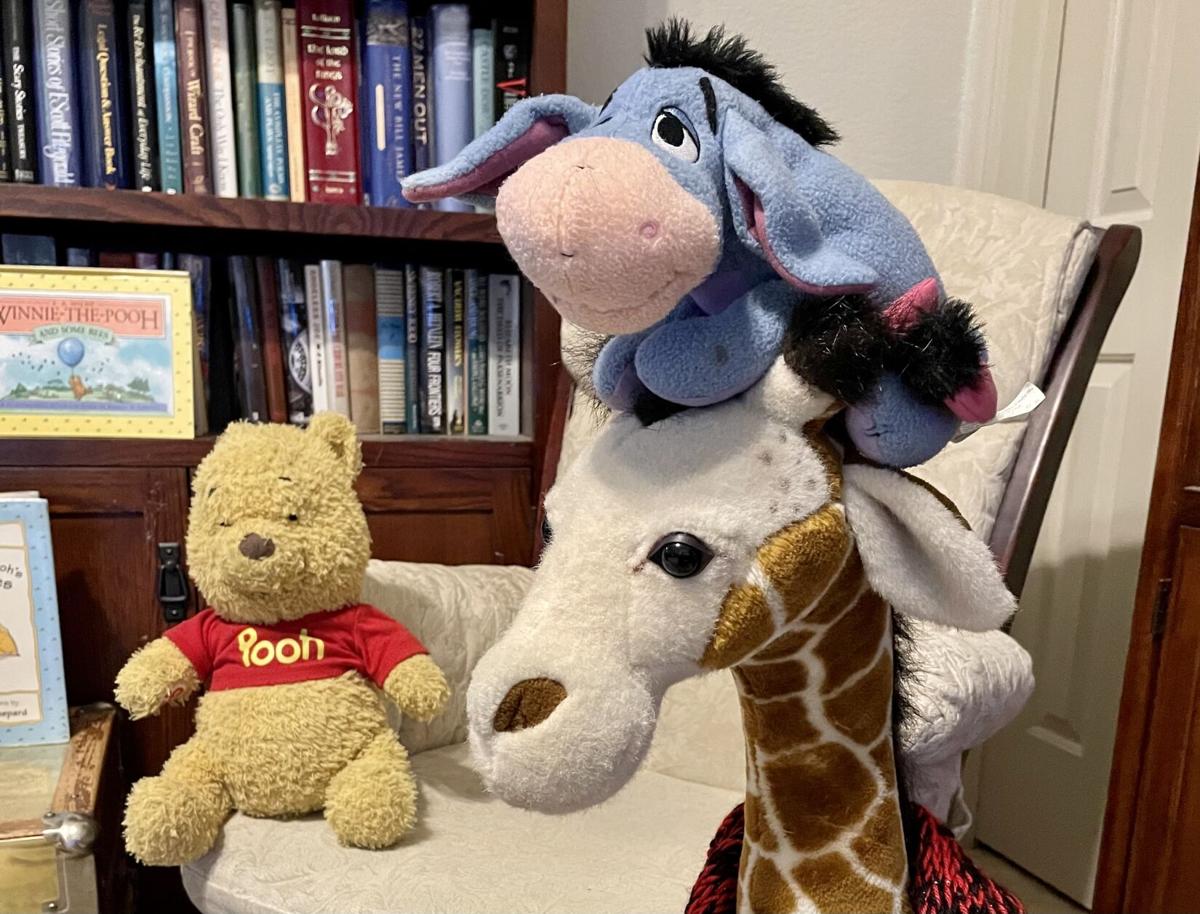 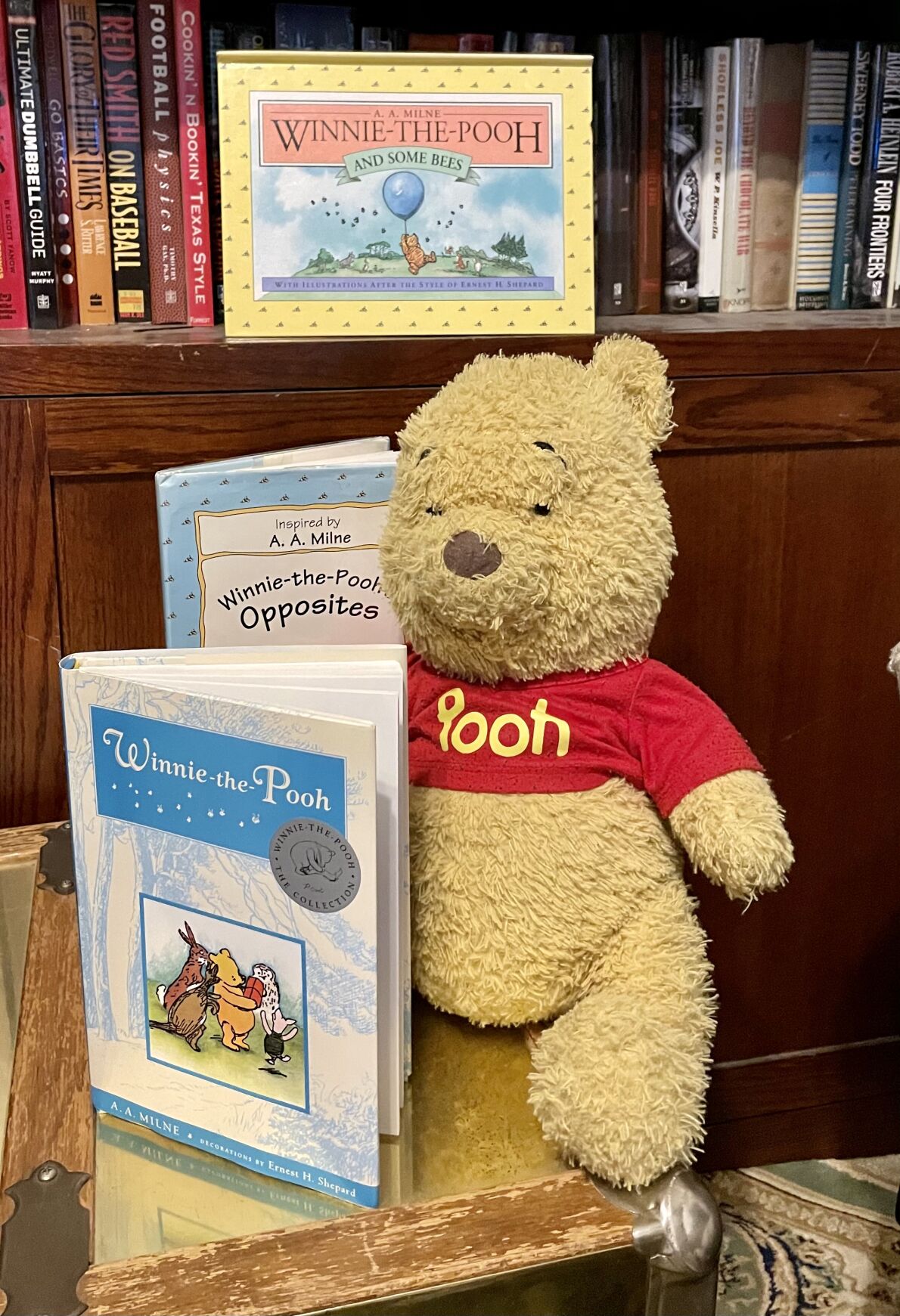 Winnie-the-Pooh is a classic character from a collection of stories written by author A.A. Milne, read and beloved by generations of children and adults alike.

Last Saturday, in honor of Milne’s birthday (which was on Monday, the same as Martin Luther King, Jr.), the Stewart C. Meyer Harker Heights Public Library paid homage to the author and the “tubby little cubby all stuffed with fluff” with two special virtual Saturday storytime programs.

One of those programs, held on Saturday morning, featured a live-only Facebook storytime with library director Lisa Youngblood, who wore a Pooh and Tigger shirt for the occasion. Surrounded by her collection of Pooh, Eeyore, and Tigger stuffed animals (along with Mr. Bennett, Youngblood’s giraffe), her program consisted of reading three books about Pooh.

“This is a great way to meet some of these characters,” Youngblood said.

Featuring all the characters of the classic Pooh books, it taught basic opposites such as up and down, dirty and clean, and awake and asleep (“He’s dreaming of Heffalumps and Woozles,” Youngblood narrated).

He uses a balloon to float up to the bees in an attempt to trick them. As Youngblood noted, “I don’t think those bees were deceived at all!”

The final story of the program was, as Youngblood noted, a bit longer as it was one she read from the original chapter book “Winnie-the-Pooh.”

This time, she read chapter two, titled, “In Which Pooh Goes Visiting and Gets into a Tight Place.” As Youngblood noted to viewers, it would be a longer story than those she previously told.

A familiar story to many, Pooh invites himself into Rabbit’s hole (in search of company, and also of food). Eating too much, Pooh gets stuck trying to get out of Rabbit’s hole, and, after fasting for a week, is finally pulled free by Christopher Robin, Rabbit, and a slew of Rabbit’s relatives.

Despite the story being slightly longer, and perhaps one that older children might enjoy more, Youngblood made the story enjoyable for everyone.

As she read, Youngblood employed many storytelling techniques, such as singing the ditties in the story and using different voices for the characters. She also explained some of the vocabulary that children might need to better follow the story.

As Youngblood closed out the storytime about that “Willy, nilly, silly old bear,” she let viewers know that those who liked these tales can visit the library for even more Pooh (and friends) adventures.