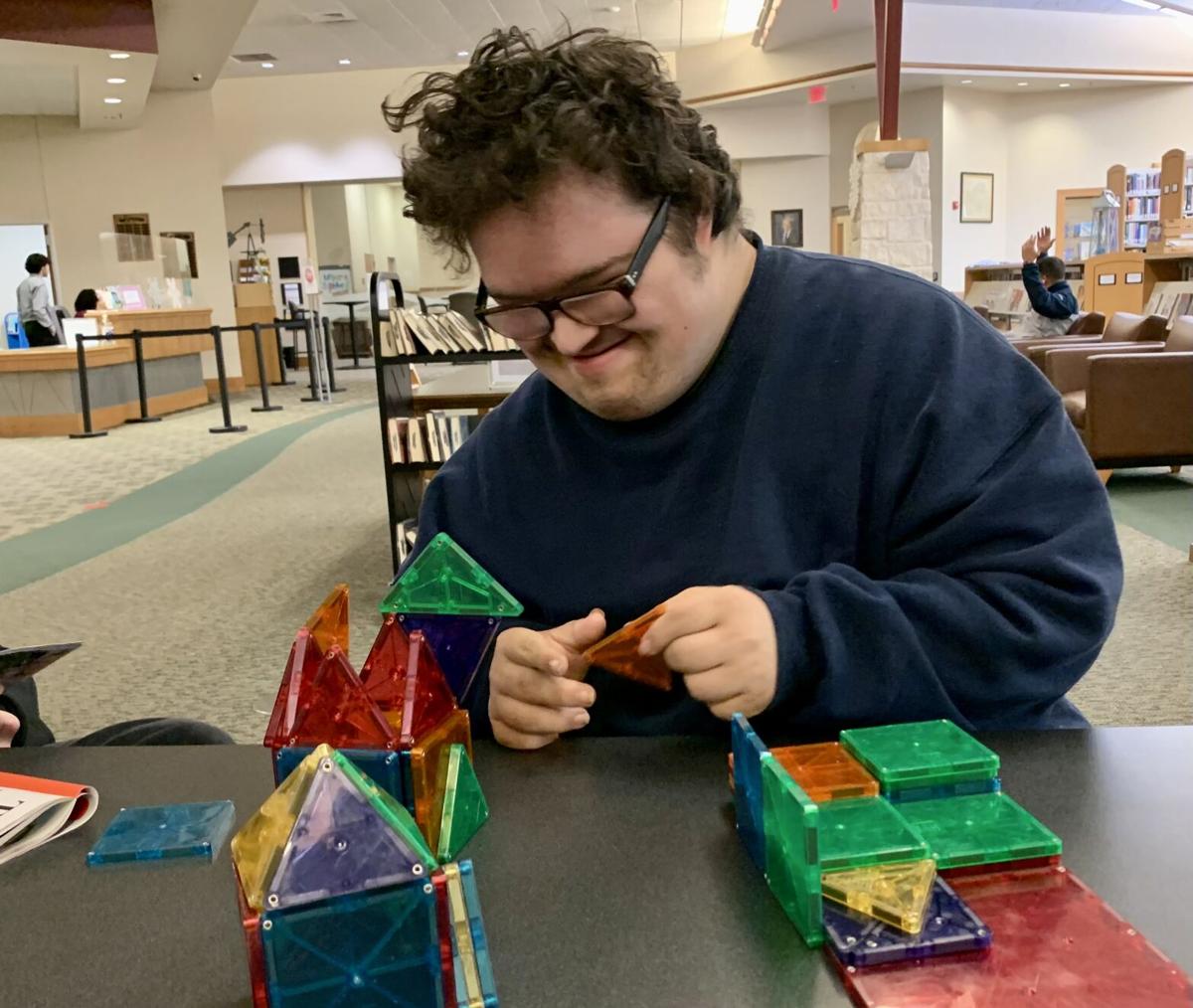 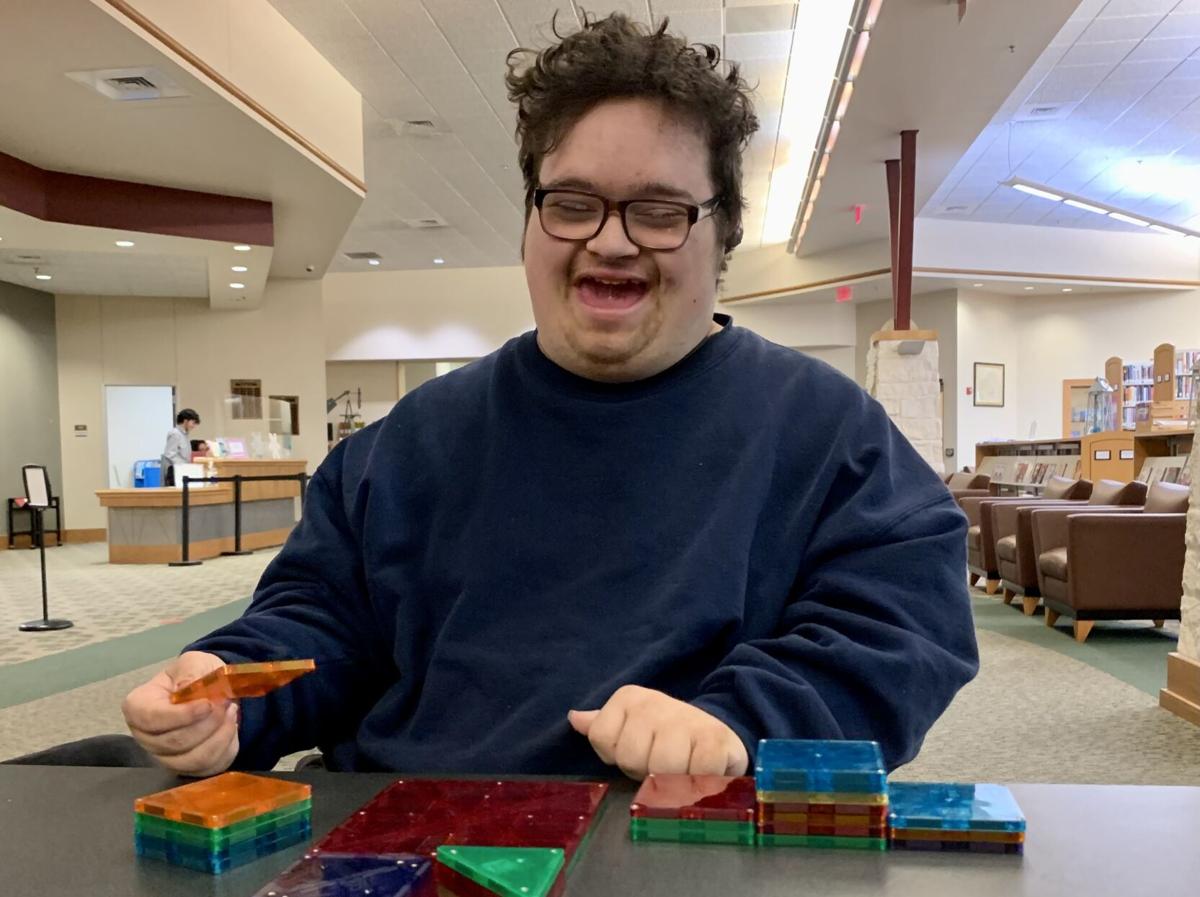 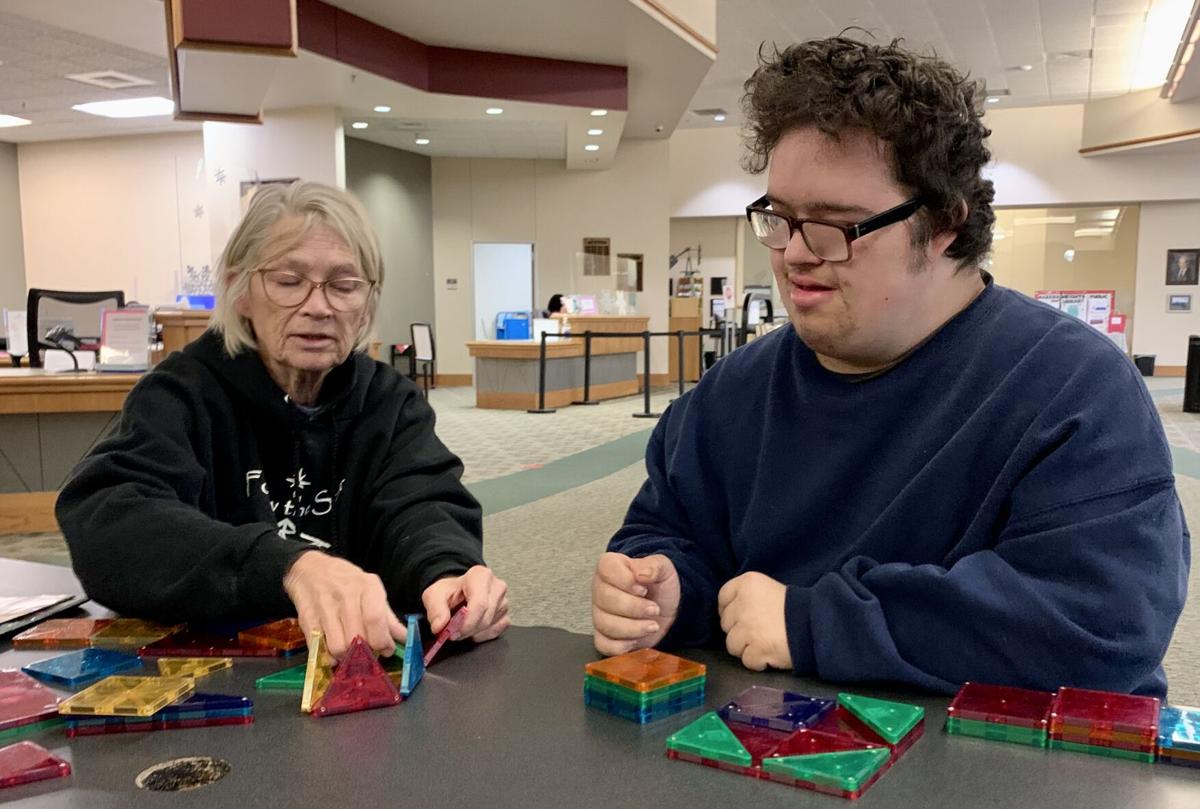 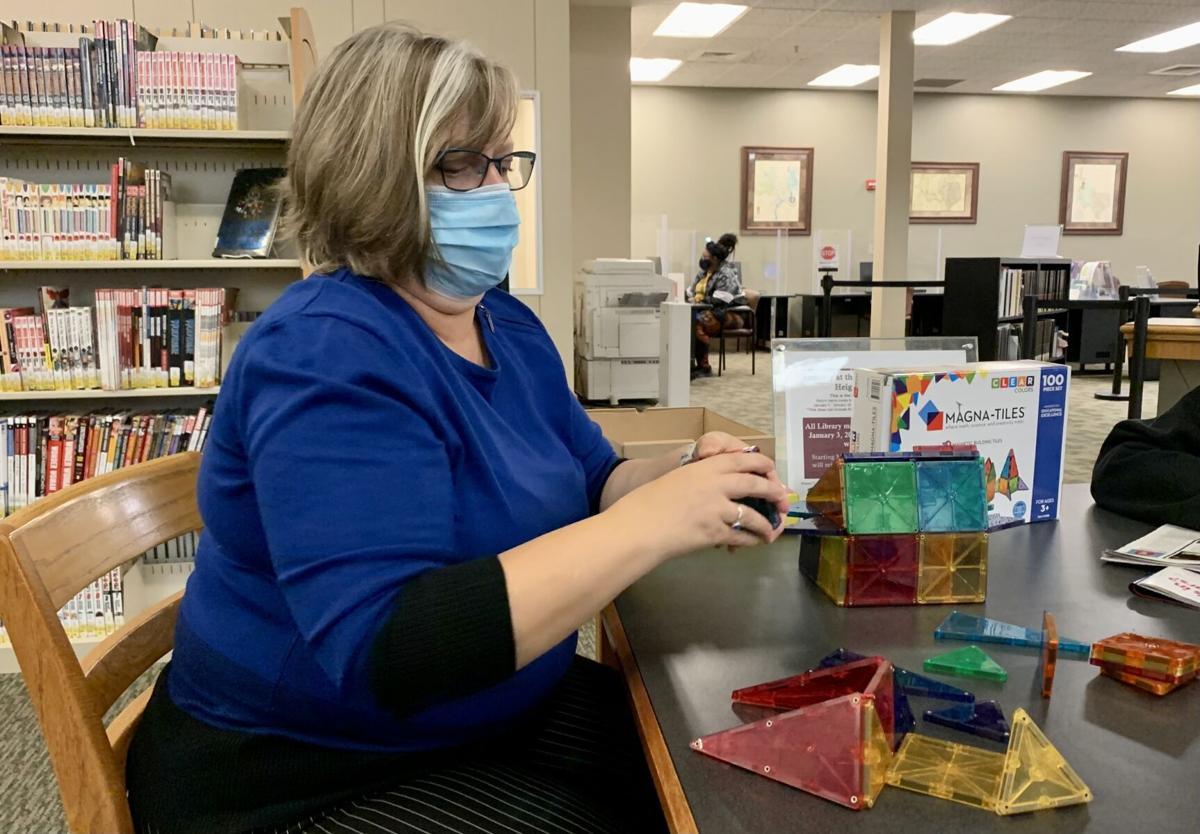 The Stewart C. Meyer Harker Heights Public Library’s A-List Club is one of the area’s best kept secrets. The Club, intended for teens and adults with special needs, meets once per month at the library and there is always some activity planned for the group.

Reference librarian Christina Link, who usually leads the program, has provided art projects, crafting, and games in the past, which are always met with enthusiasm by the small group. This week, however, library clerk Heather Heilman stepped in and had attendees playing with Magna-Tiles.

Magna-Tiles are construction toys that come in a variety of geometric shapes and sizes that fit together magnetically (think Legos, only bigger and magnetic). Made of plastic, users can construct a variety of structures, from houses to animals.

The club numbers were a bit smaller than usual due to Tuesday’s weather, but Heights resident Austin Palumbo and his mother, Kim, braved the elements to attend. Heilman told Austin when she introduces the tiles, “We are going to build things. … You can make 3-D structures, you can make a building.” And she proceeded to build a house right alongside Austin, who enjoyed her participation with him immensely.

As Heilman began to build a house, Austin at first followed her lead, saying he was building, “Something cool that I can live in.” He also spent some time building structures to house zombies. Heilman suggested having a little competition to see who could build the tallest structure,—though Heilman did create a little village surrounding her taller building, Austin’s building wasn’t just tall, it also expanded outward. Both were laughing so much throughout the contest that both emerged winners.

The Magna-Tiles provided an hour’s worth of fun, but they also worked on improving certain skills. In addition to honing the imagination and creativity, the tiles also worked on hand-eye coordination, fine motor skills, spatial awareness, attention and focus, and problem solving.

Austin said he had a lot of fun, but so did Heilman. “I am so glad everybody came today,” she said. “It was a hit!”

A-List Club meets at the library on the second Tuesday of every month at 6 p.m.