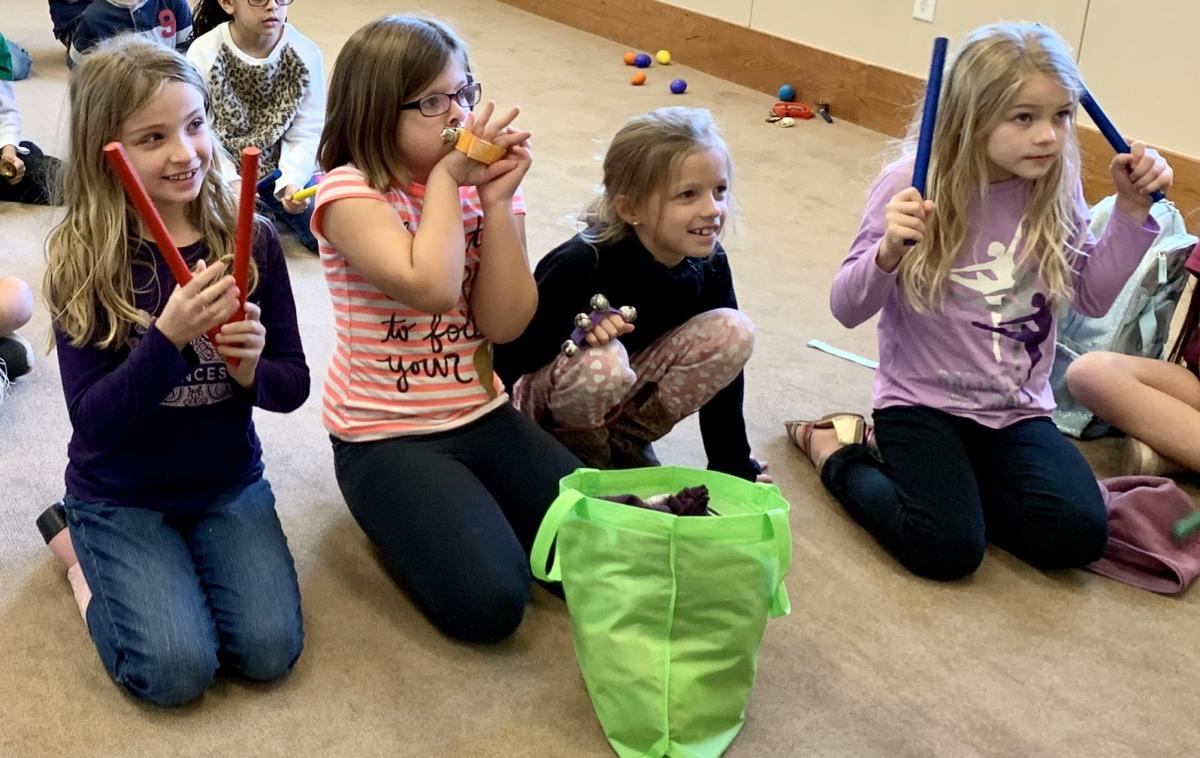 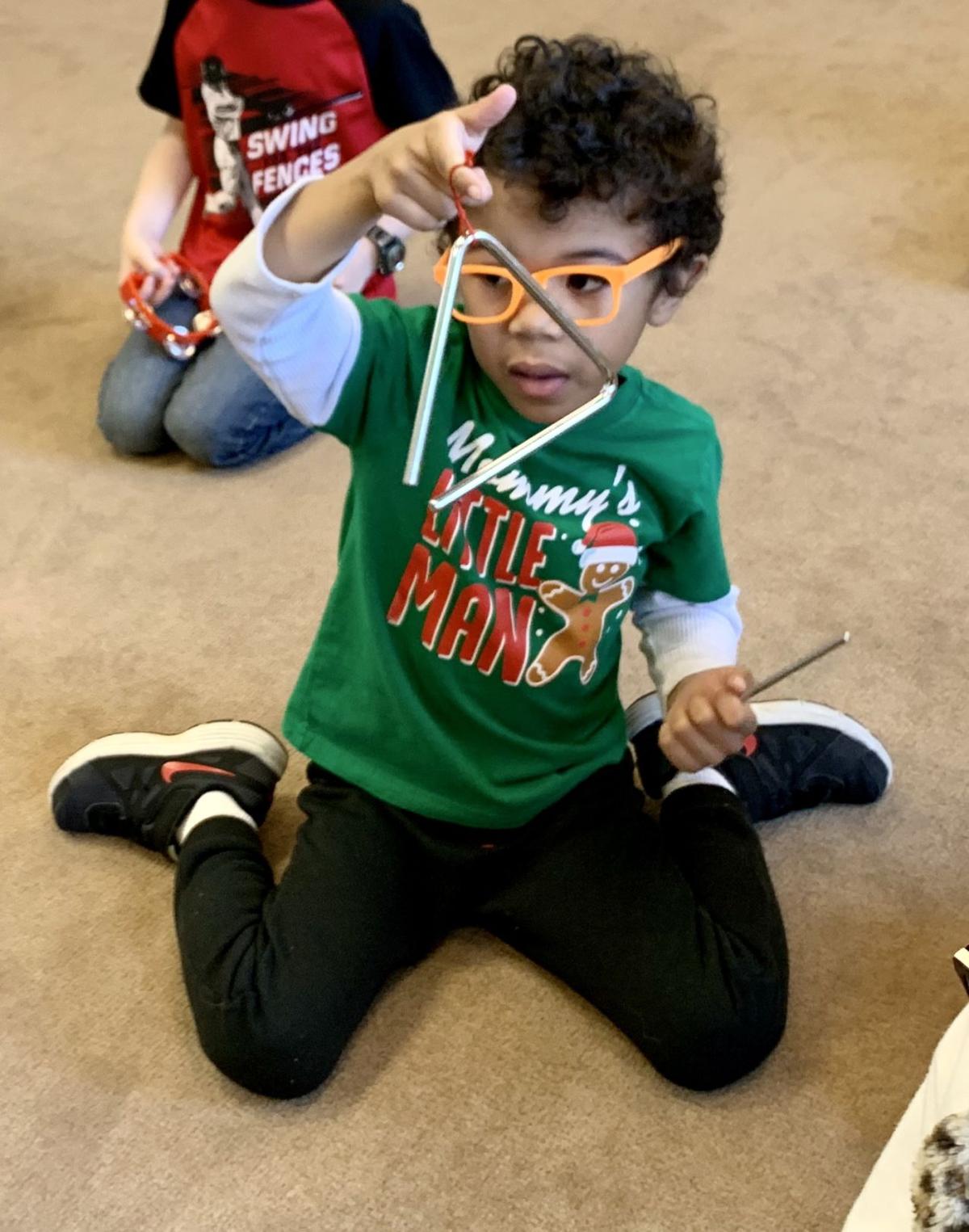 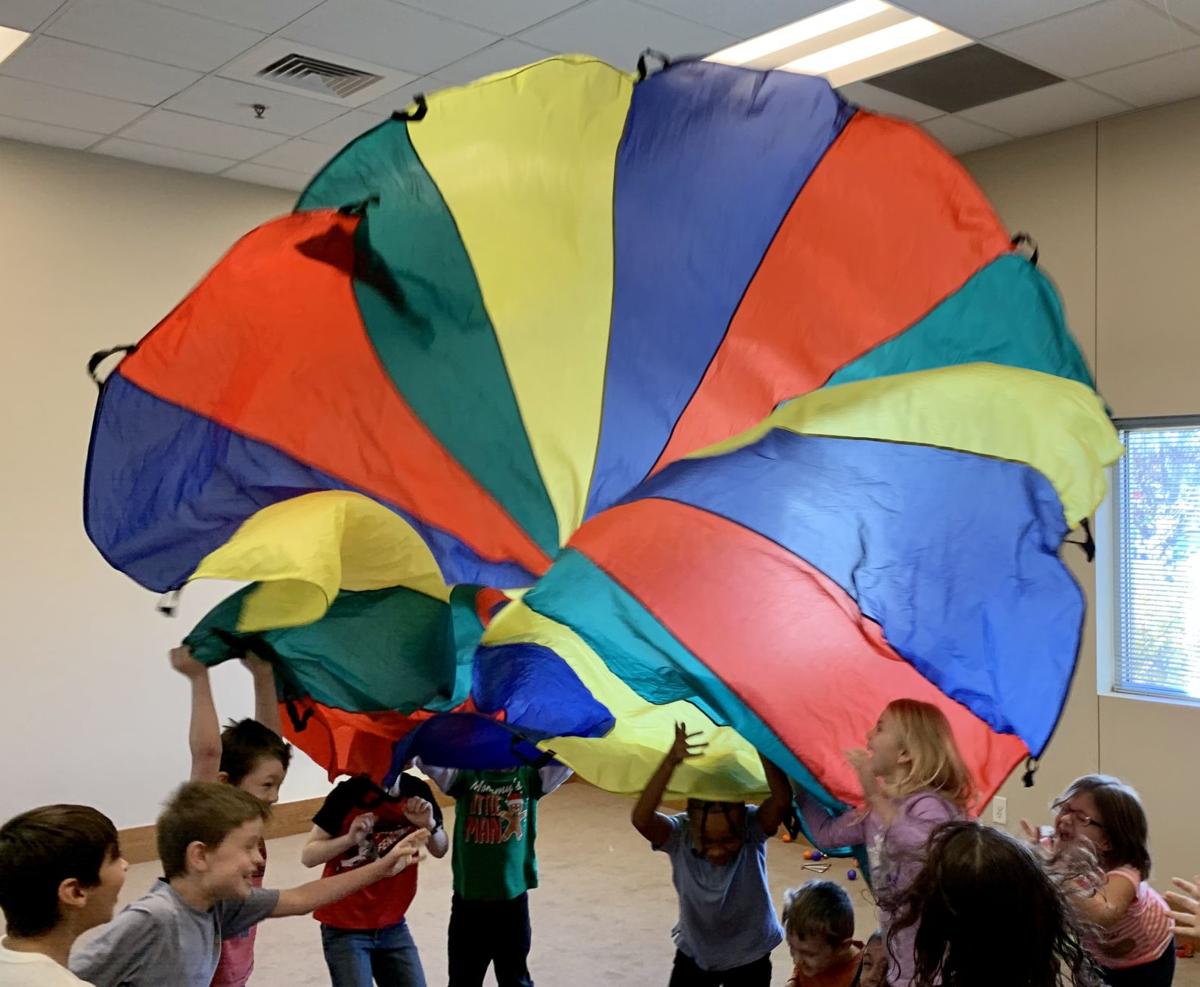 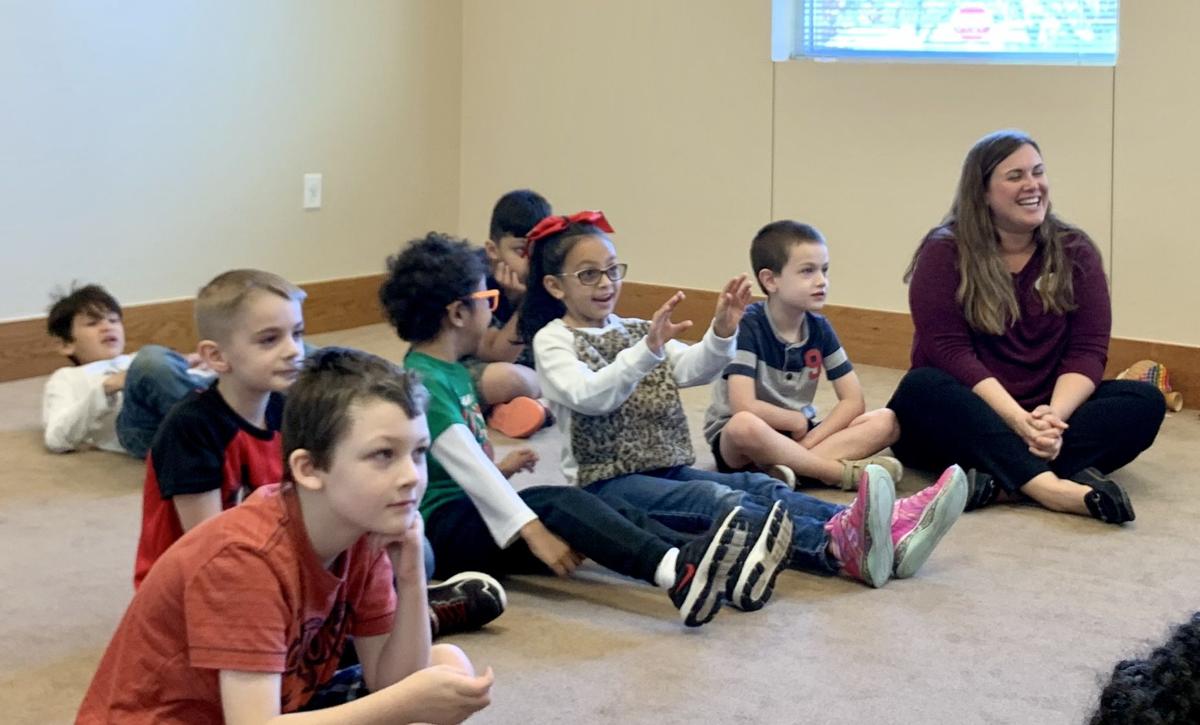 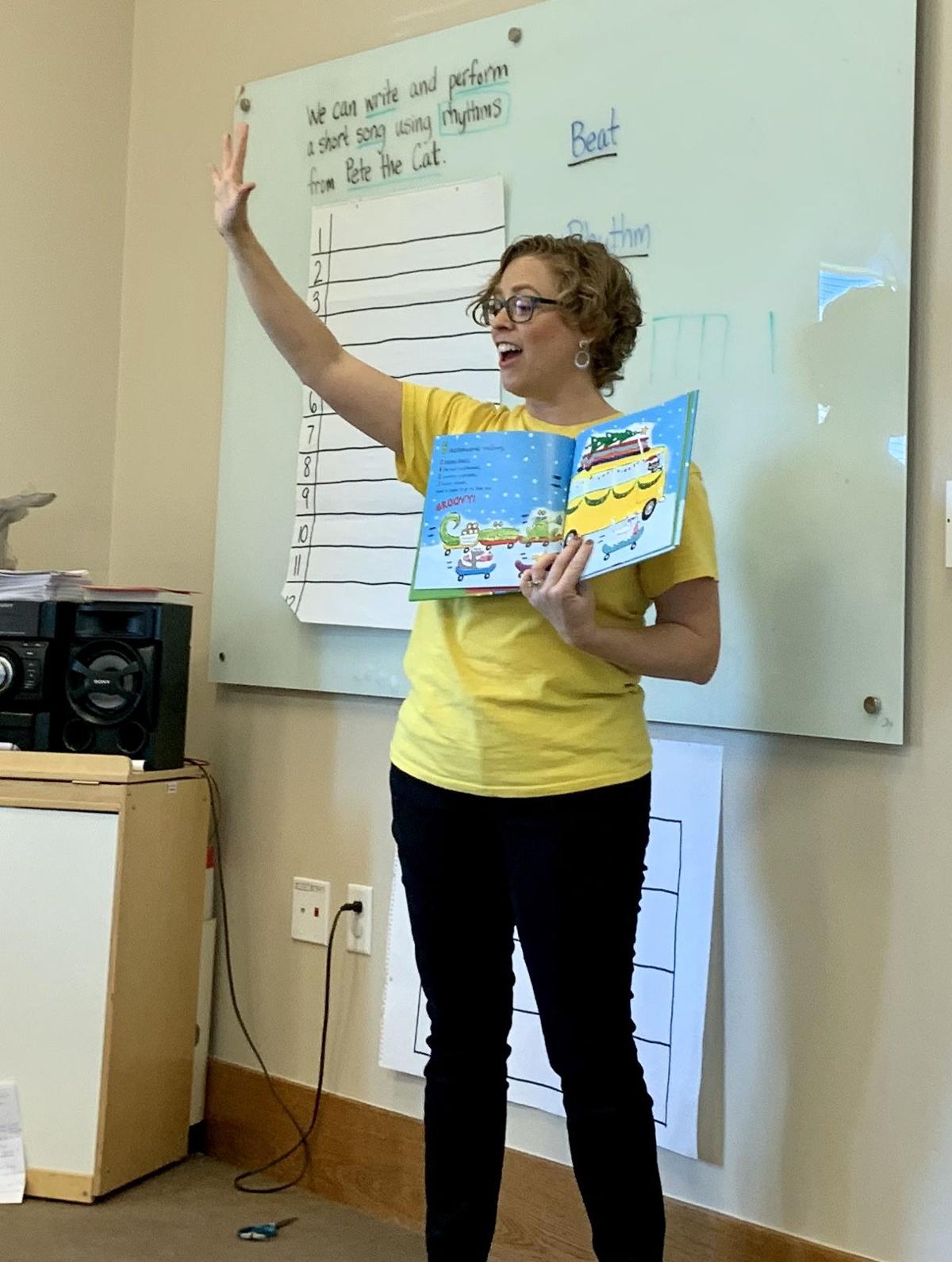 With the holiday season already in full swing, Jessica Barnum of Sweet Harmony Music Studio stopped by the Harker Heights Public Library on Wednesday morning to give the Homeschool Club a special holiday music lesson.

Almost two dozen children between the ages of 6 and 10 were gathered to take part in the class, which would feature fundamental elements of music, but also literacy skills.

Barnum greeted them all warmly and informed them, “Today we are going to write our own piece of music using rhythm and ‘Pete the Cat.’”

Before going any further, she explained to everyone the difference between a “beat” and “rhythm.”

A beat, she explained, was a count that remained constant, like a heartbeat, while rhythm was the count of the syllables in words or phrases.

To illustrate this, she read the book, “Pete the Cat’s 12 Groovy Days of Christmas.”

The book not only entertained (the kids all got a kick out of each refrain ending with “Grooooovy,” each and every time), but reinforced familiar rhyming patterns as well as the concept of rhythm that Barnum was teaching.

At the end of the story, Barnum broke down each of the rhymes in the book with the children and had them count out the rhythm of each with her by clapping their hands and patting the floor.

As Barnum hit both auditory and kinesthetic learning styles, she also used the white board to put up a visual representation of the rhythm the children were all counting out, as well, so no fewer than three learning styles were in use at all times. And after Pete the Cat’s groovy rhymes and rhythms were counted out, Barnum had the children call out some Christmas-y words of their own.

From the children’s words (such as star, holly, and reindeer), a list was soon compiled from which they “composed” their own “Groovy Tune.” And once the tune was written, they were given their choice of instruments to play, from rhythm sticks to triangles to bells to tambourines, to accompany them as they sang their tune.

After being allowed to trade instruments with each other, giving everyone a chance to have a turn with what was available, Barnum wrapped up the lesson with a crowd favorite — a musical parachute activity, in which they all held onto a brightly colored parachute and, as the “Russian Dance” from “The Nutcracker” played, walked around in a circle with it, shook it, jumped with it, and finally released it into the air and ran underneath it as it floated back to the ground.

And as a reward for their efforts, Barnum gave them all “Nutcracker” drawing books.

After the event, Barnum said, “It was fun, I thought it went great! I love being able to share these things with them.”

Children’s librarian Amanda Hairston said, “It went wonderful (sic)! I was really impressed with my Homeschoolers today. Our kids really enjoyed this class.”

The Homeschool Club meets every Wednesday morning at 11 a.m.