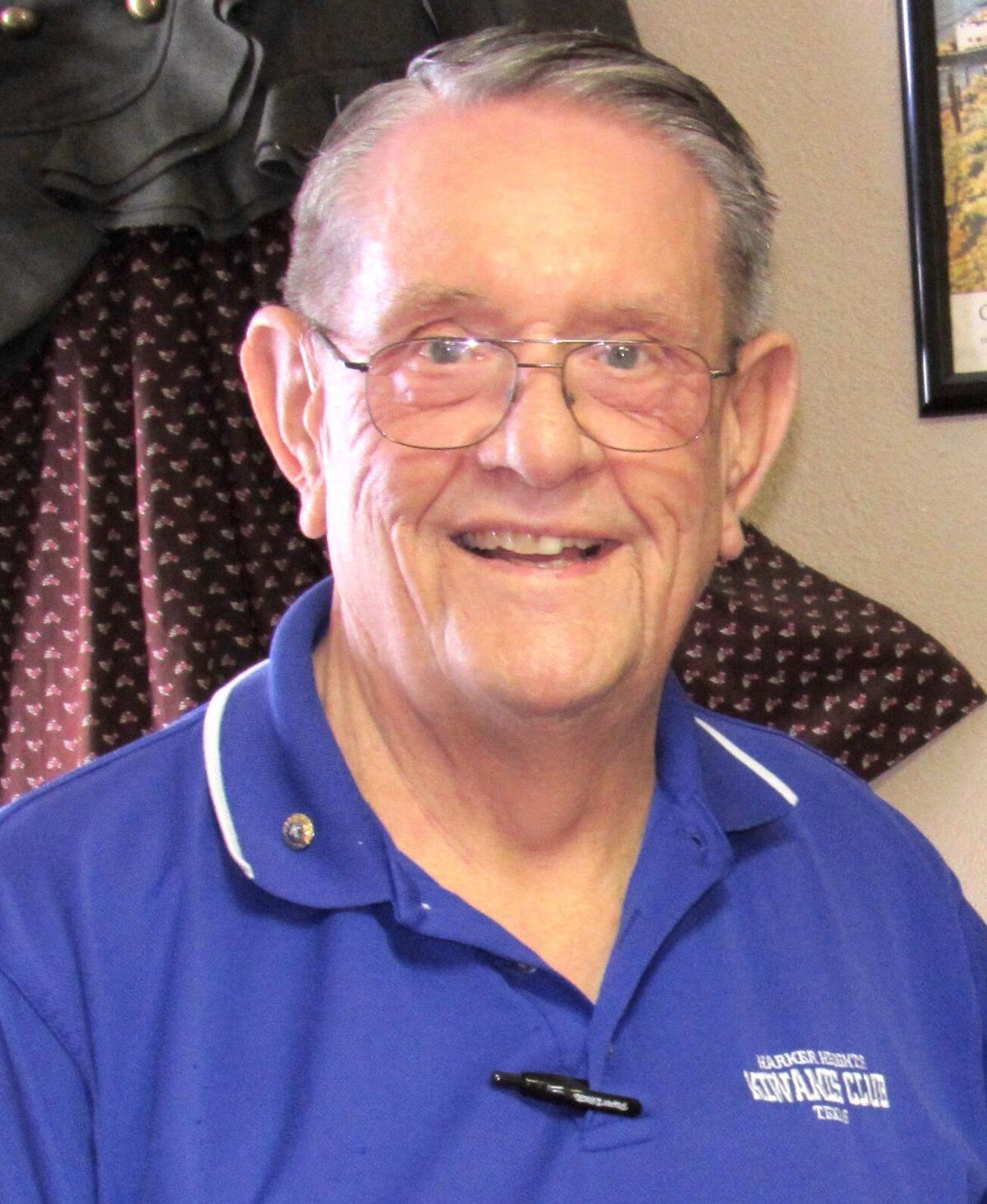 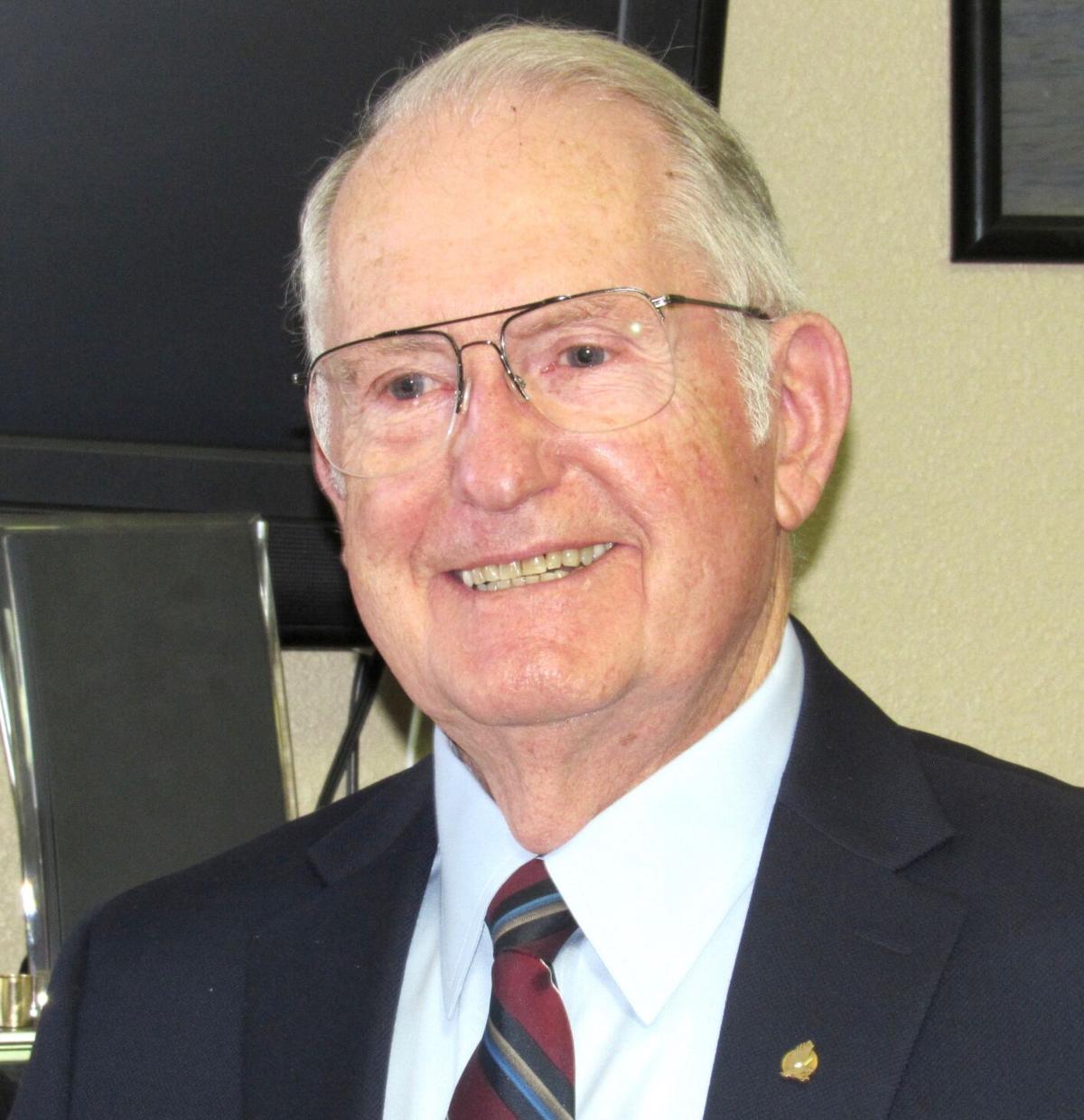 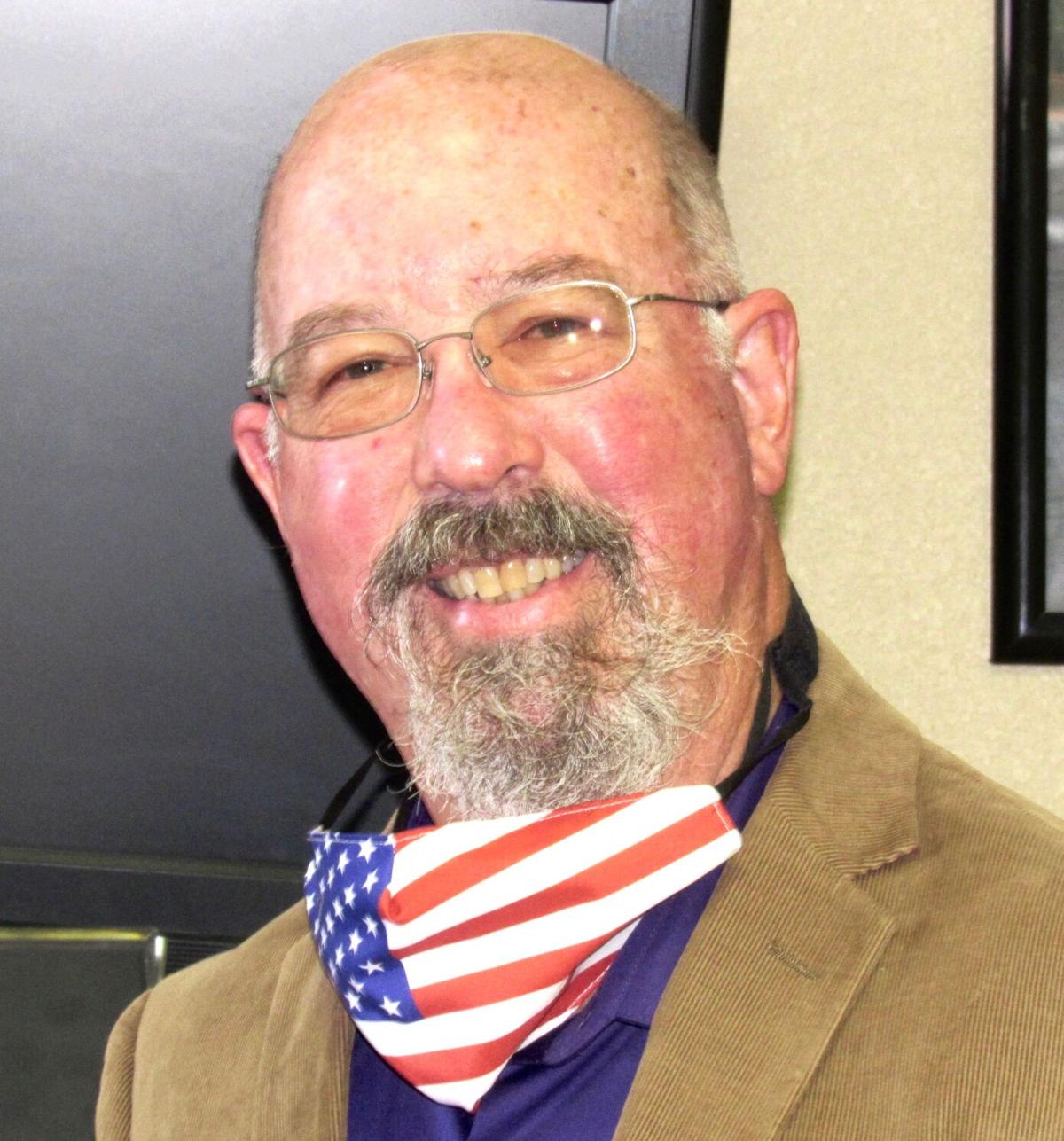 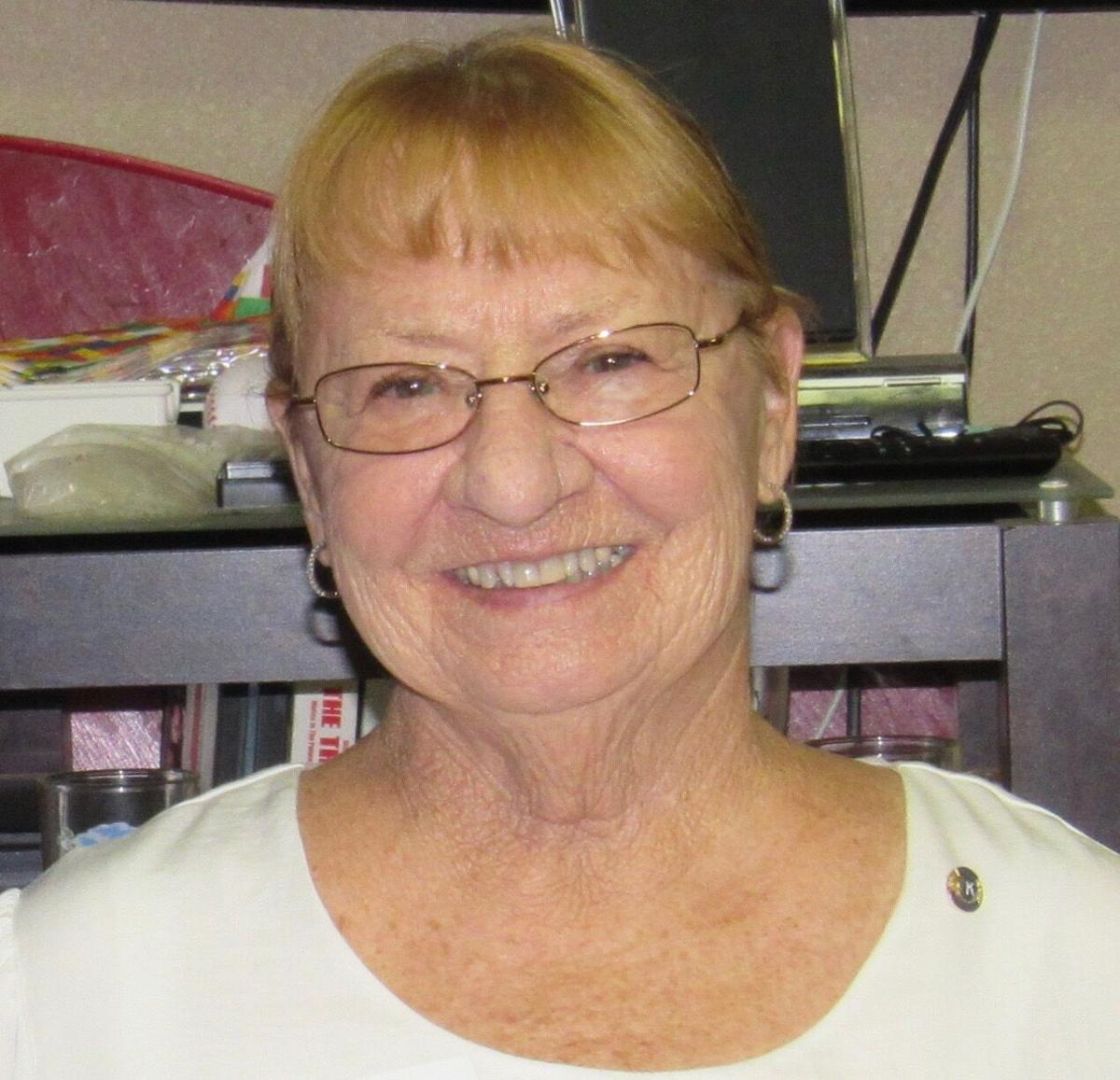 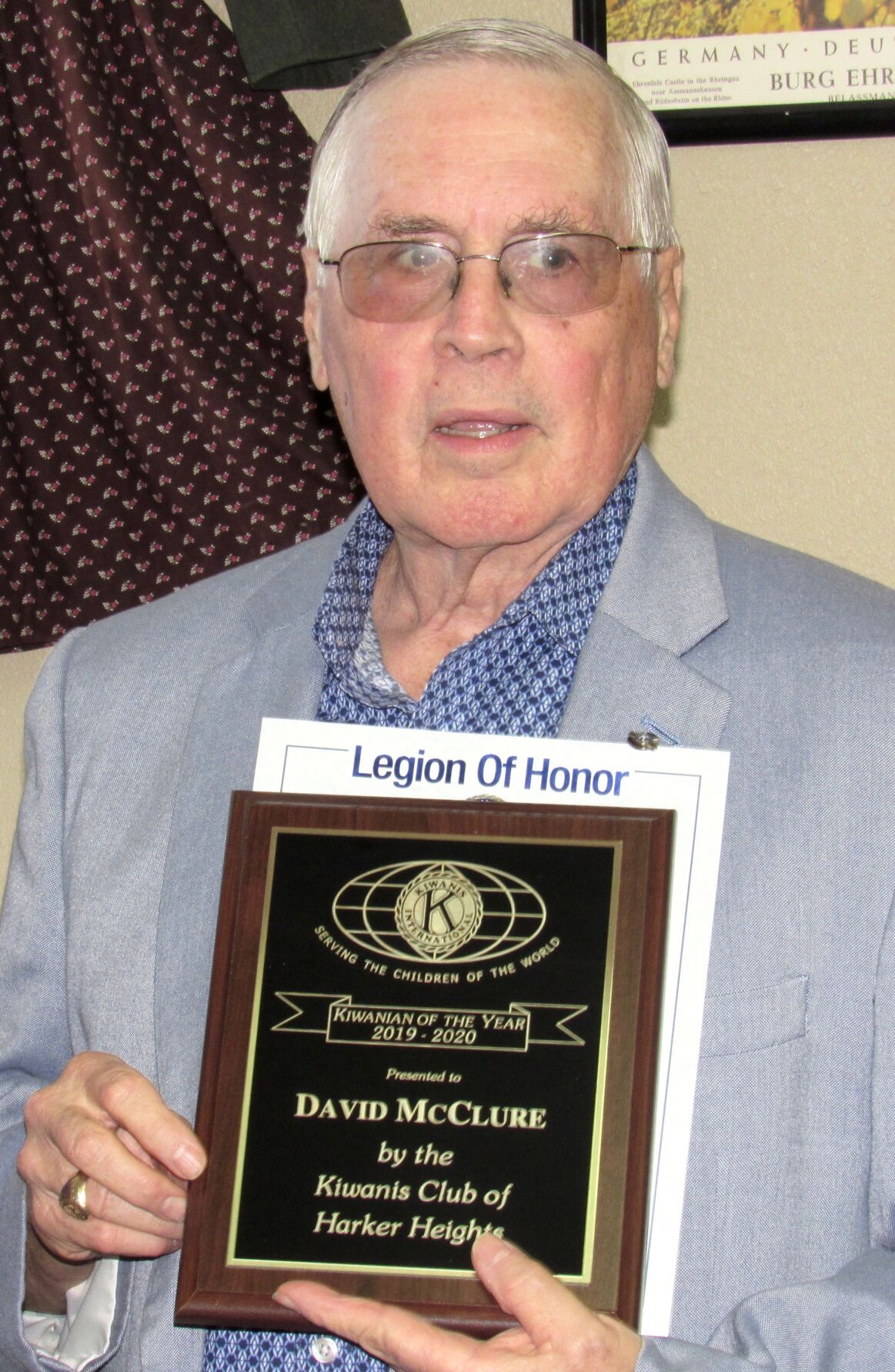 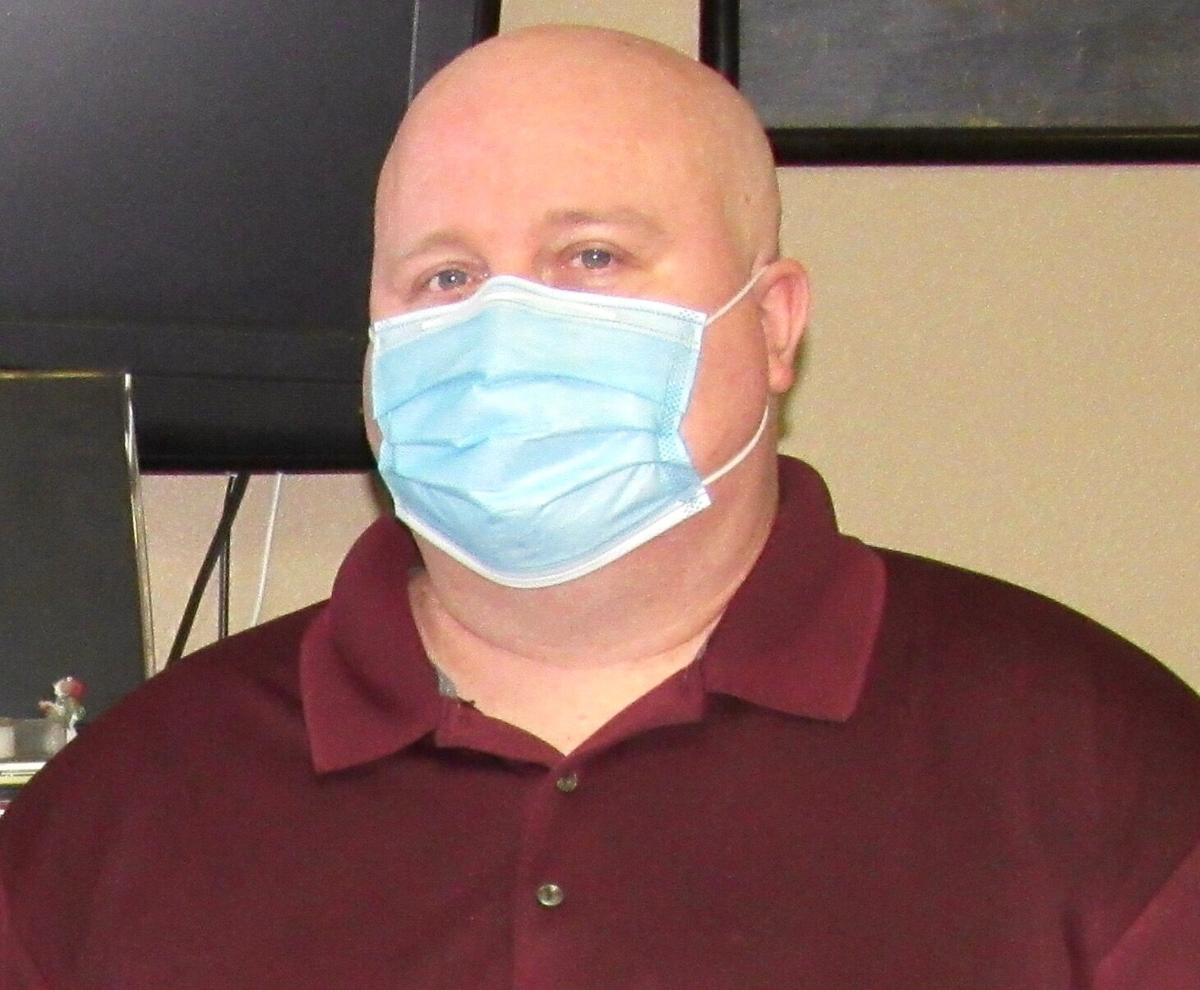 Members of the Harker Heights Kiwanis Club held a luncheon Oct. 10 at the Edelweiss German Restaurant to appoint the new officers and board of directors for 2020-2021 and present special service awards to several of the members.

The board of directors for 2020-21 will be: Edita Villafana de Frias, James McKinnon, Jeanette McNeish, Charles Sweeney and Lisa Youngblood.

The most prestigious individual award went to David McClure, who was named 2019-2020 “Kiwanian of the Year.”

Speaking in response to receiving the top honor, McClure, who has been a member for 40 years and president of the club twice before said, “There have been years where we’ve accomplished many great things but this has not been one of those years but it’s OK. Don’t throw in the towel. Do what you can when you can.”

James Doyle received a certificate of appreciation for his work with the club’s American Flag program.

According to Charlton, the flag program is the club’s most successful fundraiser. “Club members set out 300 flags on five and sometimes six federal holidays and we raise about $2,300 each year from that project,” he said.

Prior to the adjournment of the meeting, 2020-21 President Paul Loughran said, “We’ve got some challenges this year but that will make us think outside the box and do things we’ve done before but in different ways. Somewhere and somehow we’re gonna have that “Ah-Ha” moment and as a club we’ll be recognized in this community more than ever.”