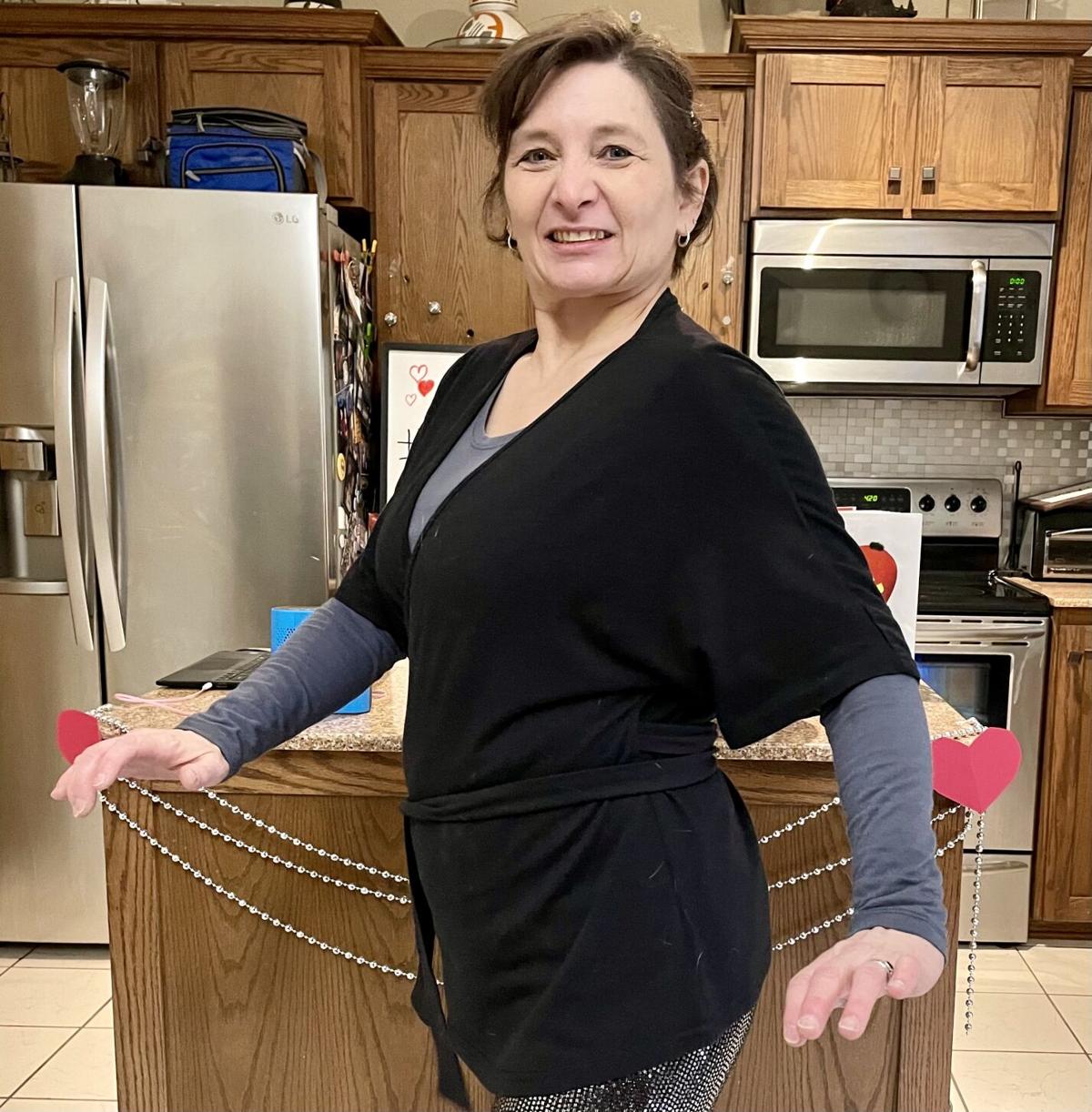 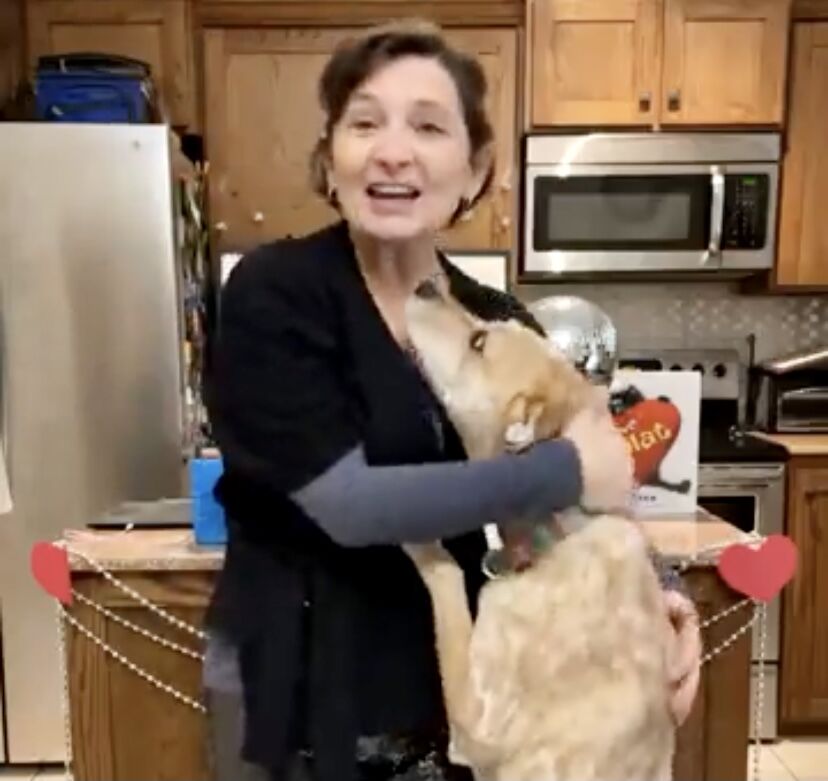 While the Stewart C. Meyer Harker Heights Public Library was unable to hold its annual Valentine’s Day dance in person this year, it improvised by holding a day of virtual Valentine-themed programming. This included a virtual dance party held from library director Lisa Youngblood’s own kitchen.

That’s right. It was the Kitchen Disco Dance Party: Valentine’s Edition, and was just as fun as the last Kitchen Disco she held last month.

“We are working with the Harker Heights Activity Center,” Youngblood began, “who wants you to be a part of their virtual Valentine’s Dance.”

Wearing her shiny disco pants, Youngblood began by reading “Love, Splat” by Rob Scotton. The story recounted Splat the cat making a special valentine for Kitten, the female cat he’s crushing on. There is a rival cat interested in Kitten, as well, with a bigger valentine, but Kitten likes Splat and chooses his valentine, instead. The moral: bigger isn’t always better.

Youngblood then taught viewers at home some disco dance moves after some stretching, which her dog, Lando, apparently wanted to join in doing, too. “Lando’s reaching up!” she exclaimed, laughing. Lando wants to dance with me!”

“Disco is about being loose,” Youngblood said, demonstrating how to move the shoulders, strutting, the rolling arms and the “hitchhiking” thumbs, and, of course, the famous “Travolta” pointing move.

She asked viewers to simply follow along and copy her movements, which she repeated several times for people to practice, counting out the beat and combining moves a little at a time to make it easy to follow along with.

“We’re moving, we’re grooving, and we’re having a good time,” she said, dancing.

Then Youngblood dimmed the lights, set her disco ball spinning, and daughter Sheridan Youngblood Reid shone a pink (for Valentine’s Day, of course) light on the mirrored ball to create that special disco effect. Adding some groovy disco-esque tunes, Youngblood encouraged everyone at home to follow along and dance with her, even including some free-dancing.

Lando the dog once again joined in, with Youngblood saying, “It looks like Lando wants to be a part of the dance!”

At the end of the program, Youngblood said, “Those are just a few of my fun disco moves that we can have a really great time with.” With nearly 150 views, it would appear many people agreed.

Watch the Kitchen Disco Dance Party: Valentine’s Edition (complete with Lando the dog) on the library’s Facebook page at https://www.facebook.com/harkerheightspubliclibrary/videos/1059066251266635