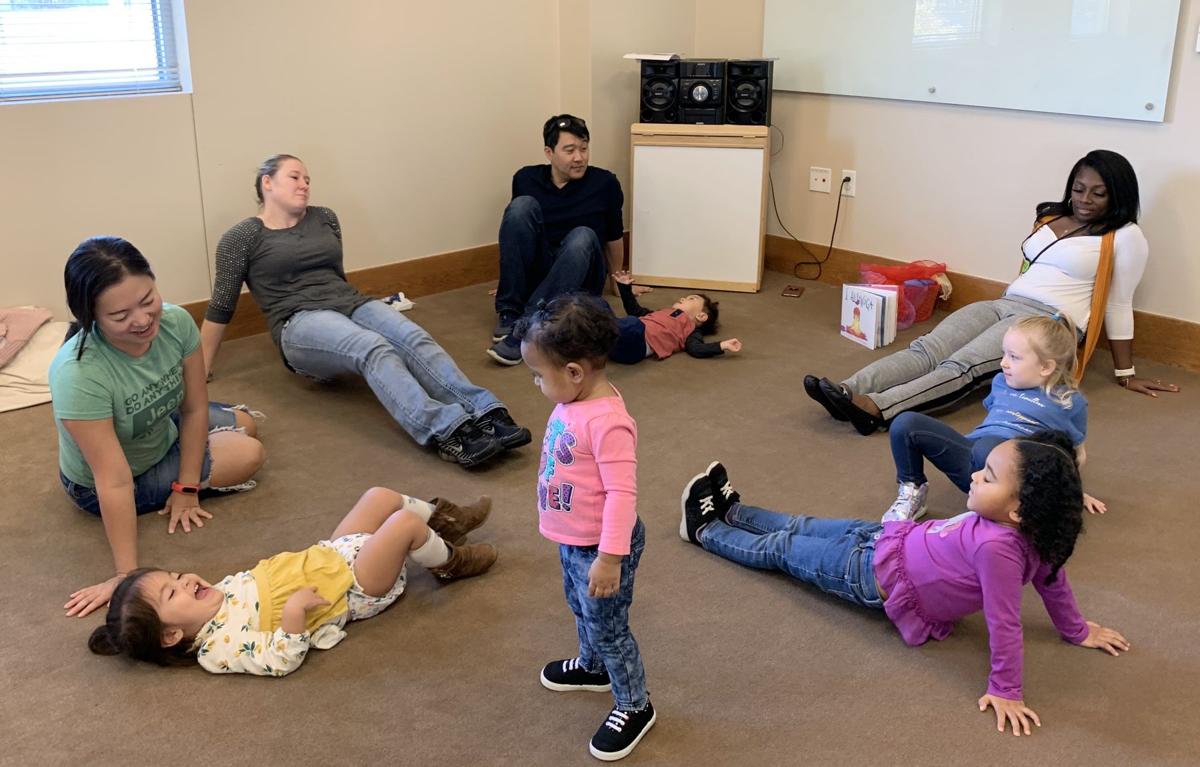 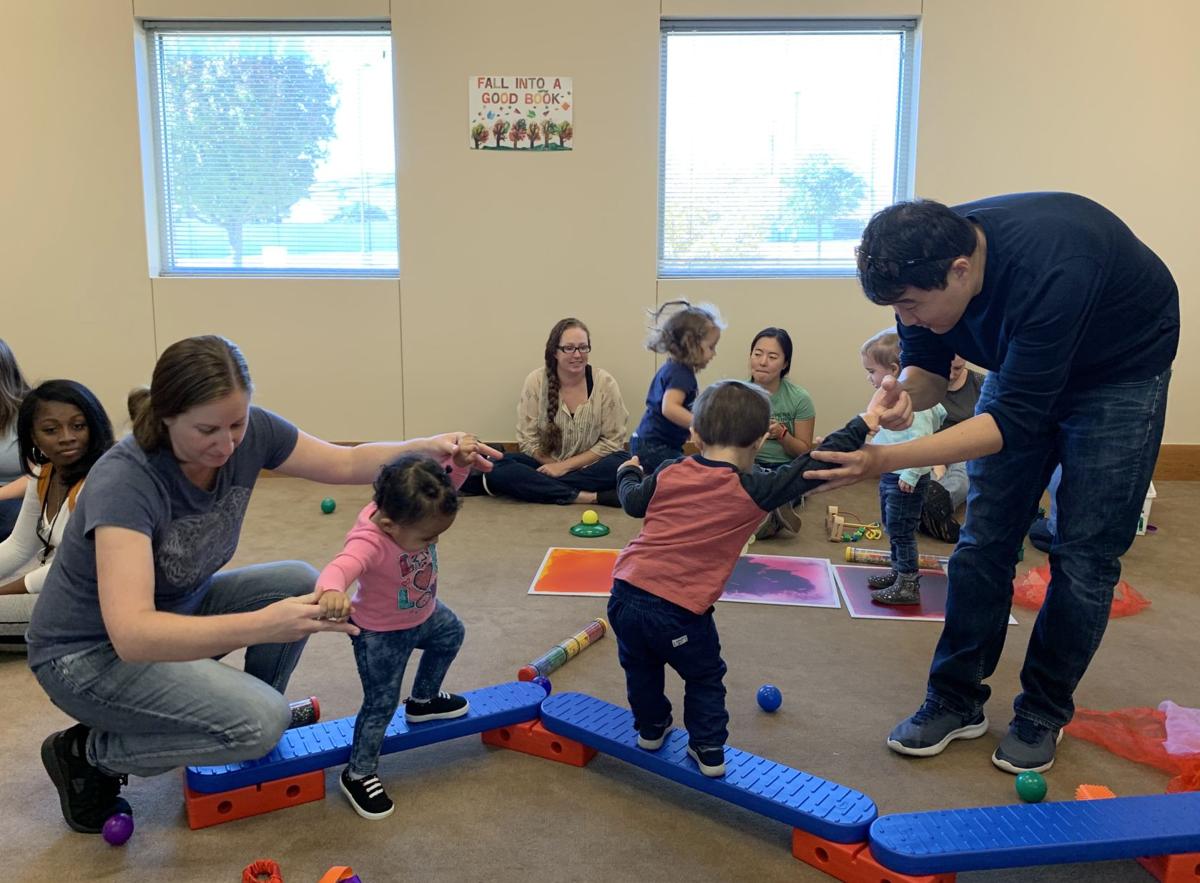 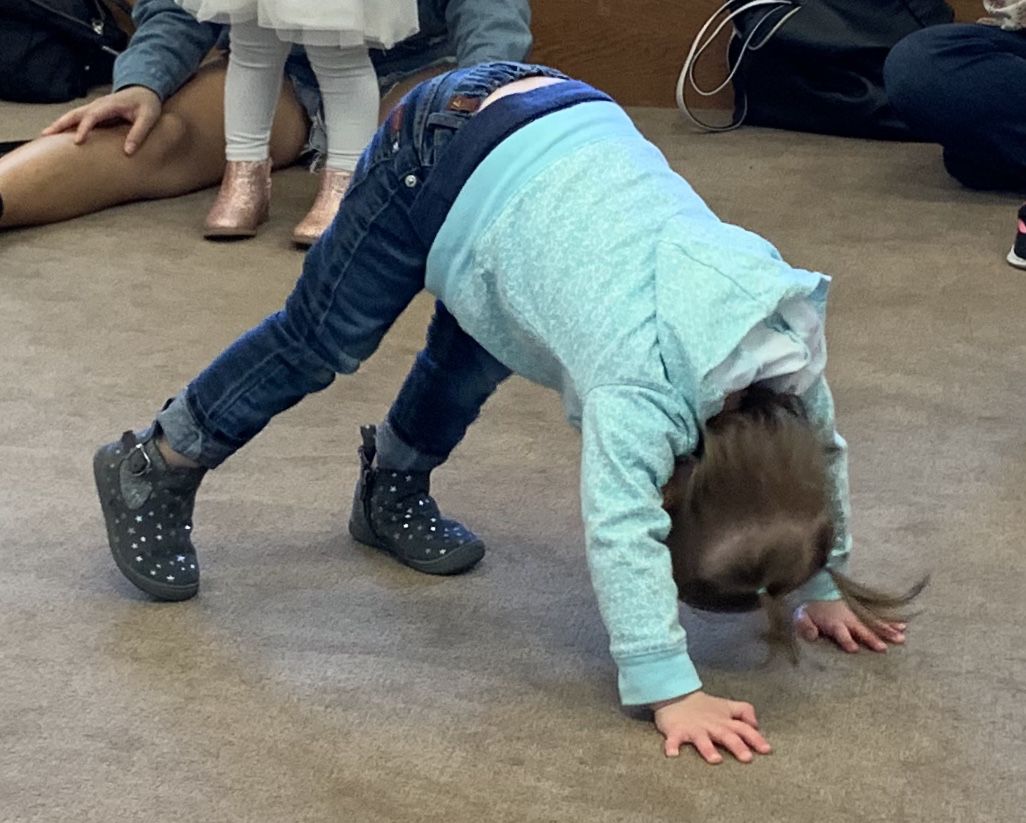 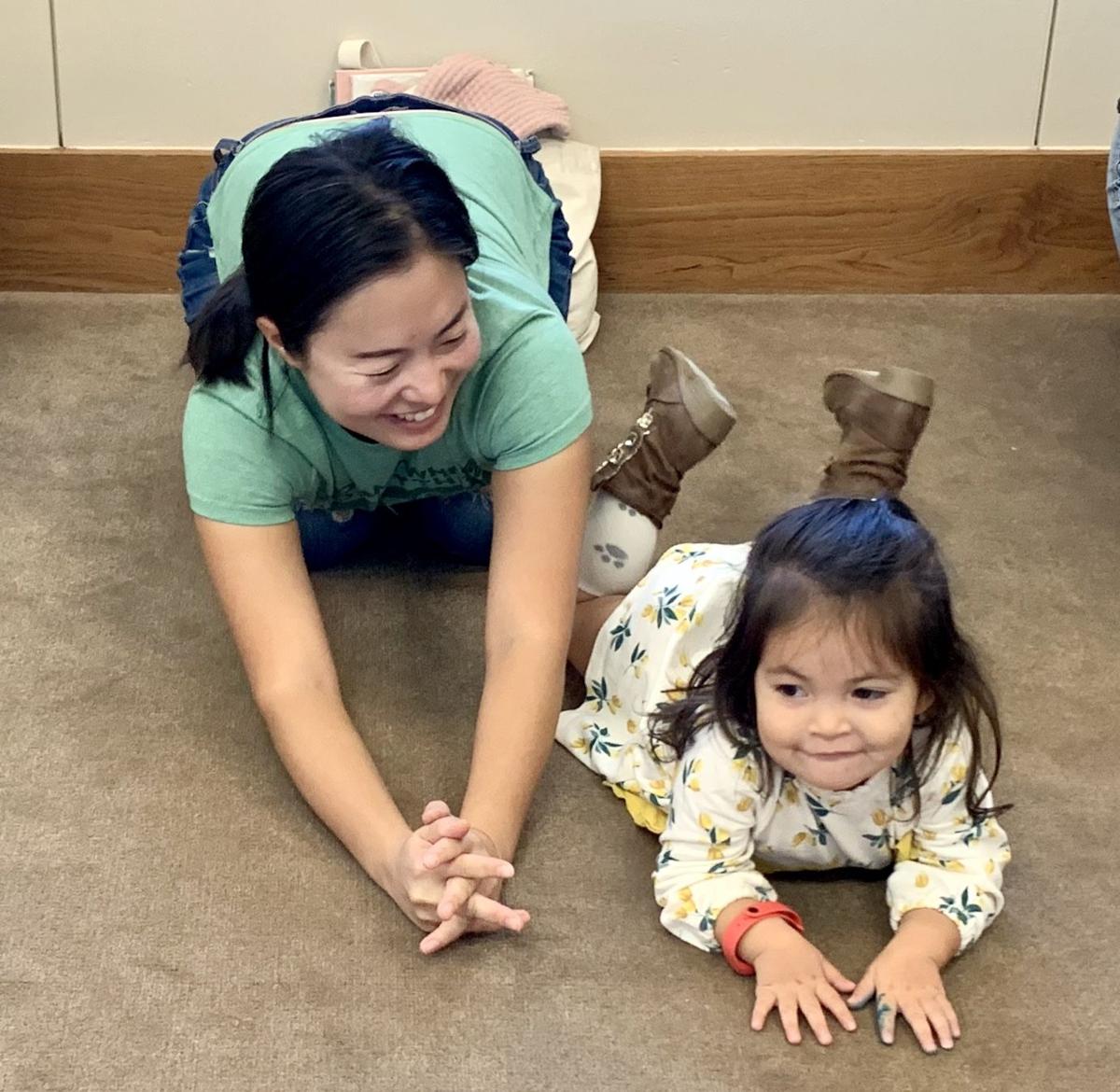 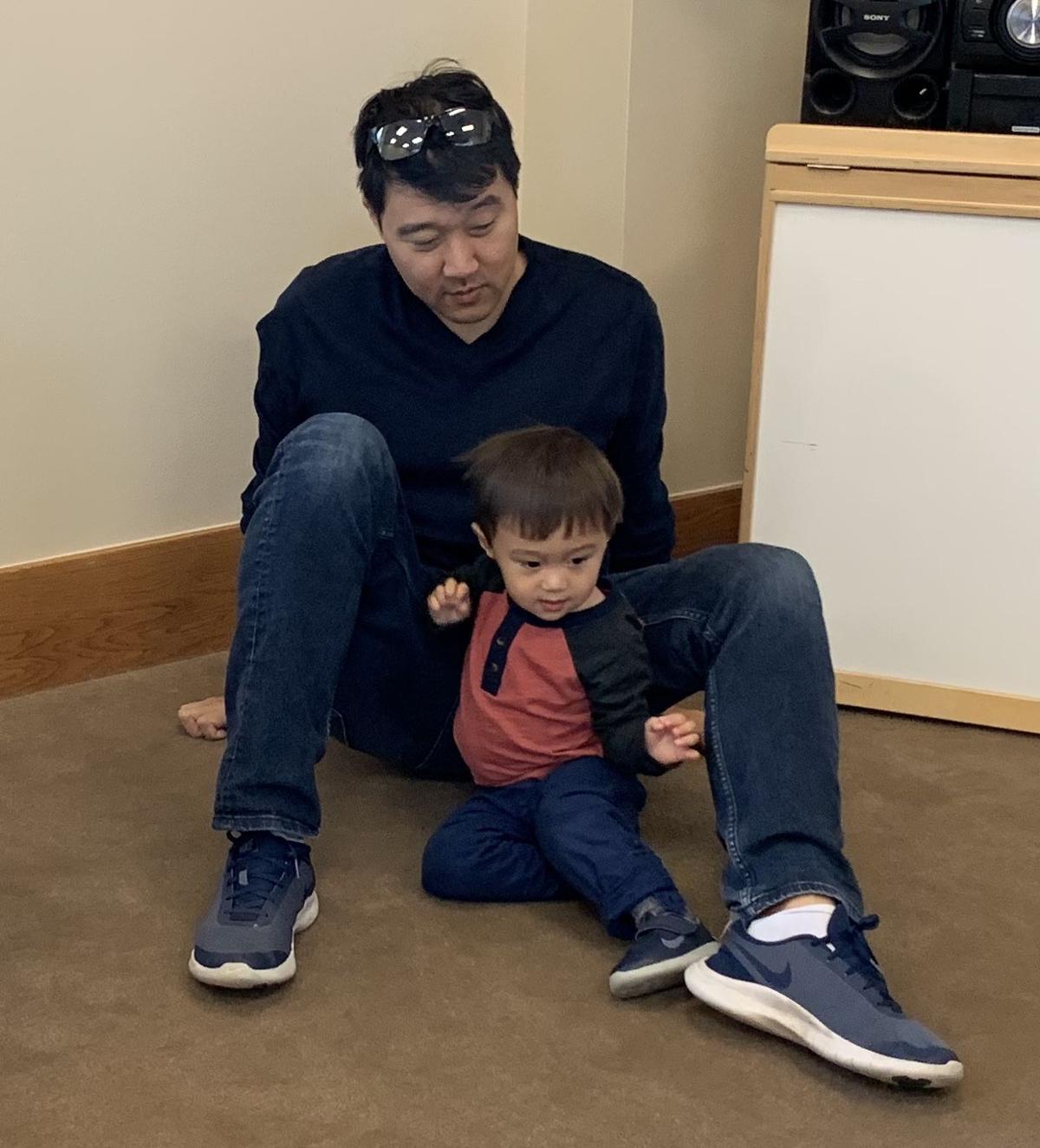 Two dozen children and their parents were treated to a special Move It, Groove It class on a recent Monday morning when youth health and program coordinator Destinee Barton introduced yoga into the program.

Whether the parents had any prior yoga knowledge or not was immaterial.

Barton said, “It’s about creating a bond between parent and child. As long as you’re doing it with them, that’s all that matters.”

While the yoga class was definitely different, it still gave everyone a full workout.

Yoga also helps build muscle, helps children better cope with emotion (such as frustration), and helps with their concentration and focus.

Even the music was well-thought-out, with Barton choosing Beethoven for the yoga portion of the class. “Beethoven helps with (developing) the synapses,” she said. Classical music in general also helps lower heart rates, making it a great choice for yoga and for restless toddlers.

With the help of the picture book “My Daddy is a Pretzel,” which had full illustrations showing children what each pose should look like, and with Barton modeling each pose, children were easily able to follow along and replicate each pose.

When the book said, “My daddy is an airplane,” for instance, parents and children together got into an airplane pose. The same thing with “My daddy is a dog,” which prompted everyone to get into the downward-facing dog position; ditto “camel,” “boat” and “warrior.”

After each pose was done successfully, the children were eager to try the next one, enjoying the positions they could put their bodies into and the challenges presented. Barton was even joined at the front of the room by a couple of girls who wanted a closer look and a little more one-on-one instruction from Barton.

In all, everyone learned about a dozen different yoga poses, and the kids loved it.

As always, children also got to experience some free play with the educational toys that Barton brought out toward the end of the session, though many of the children were still practicing those yoga poses they had just learned.

Kern Smith brought her 3-year-old daughter Karley all the way from Temple to attend the class.

She said, “This library has the literacy program going on this week, so we’ll be here on Wednesday, too. They really do a good job with the kids here.”

Barton said of the class, “I think (everyone) had a blast! It was so cute!”

Call 254-953-5491 for more information on the library’s programs for children and toddlers.