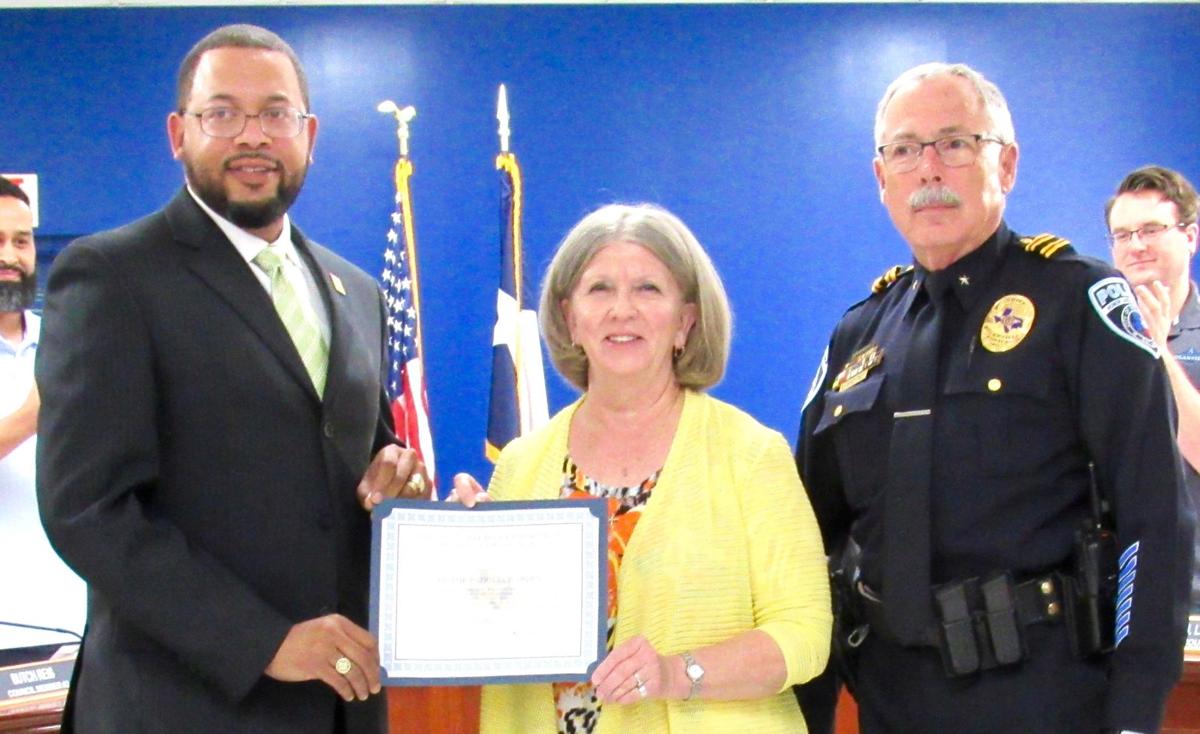 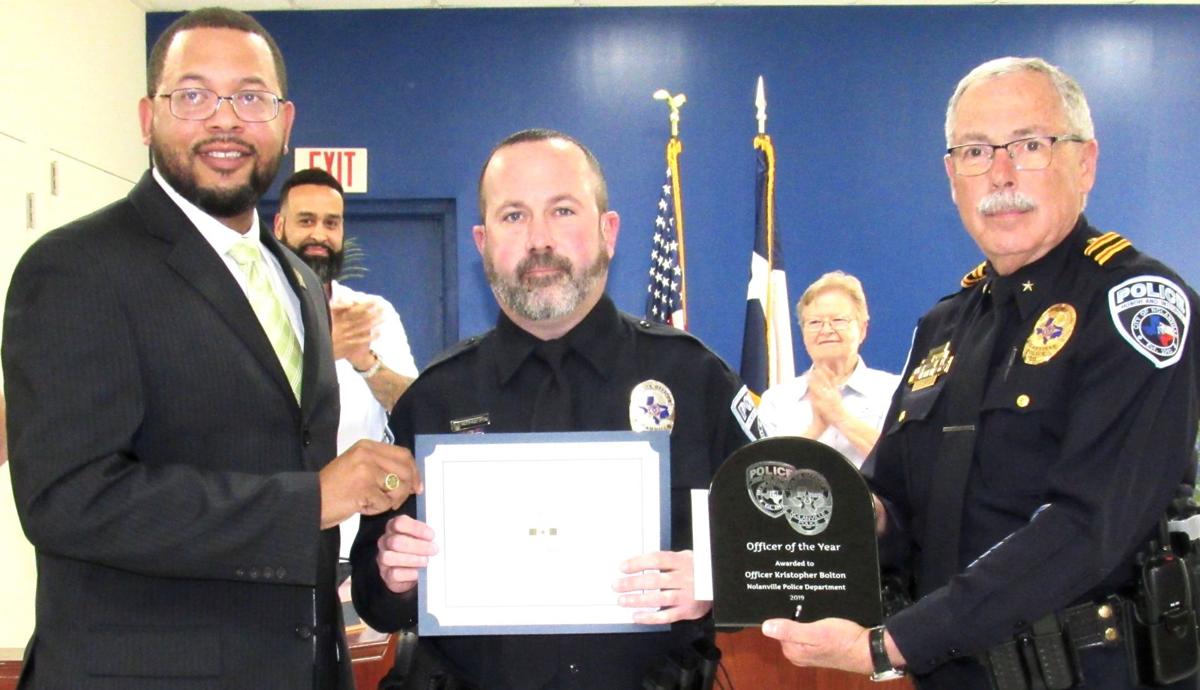 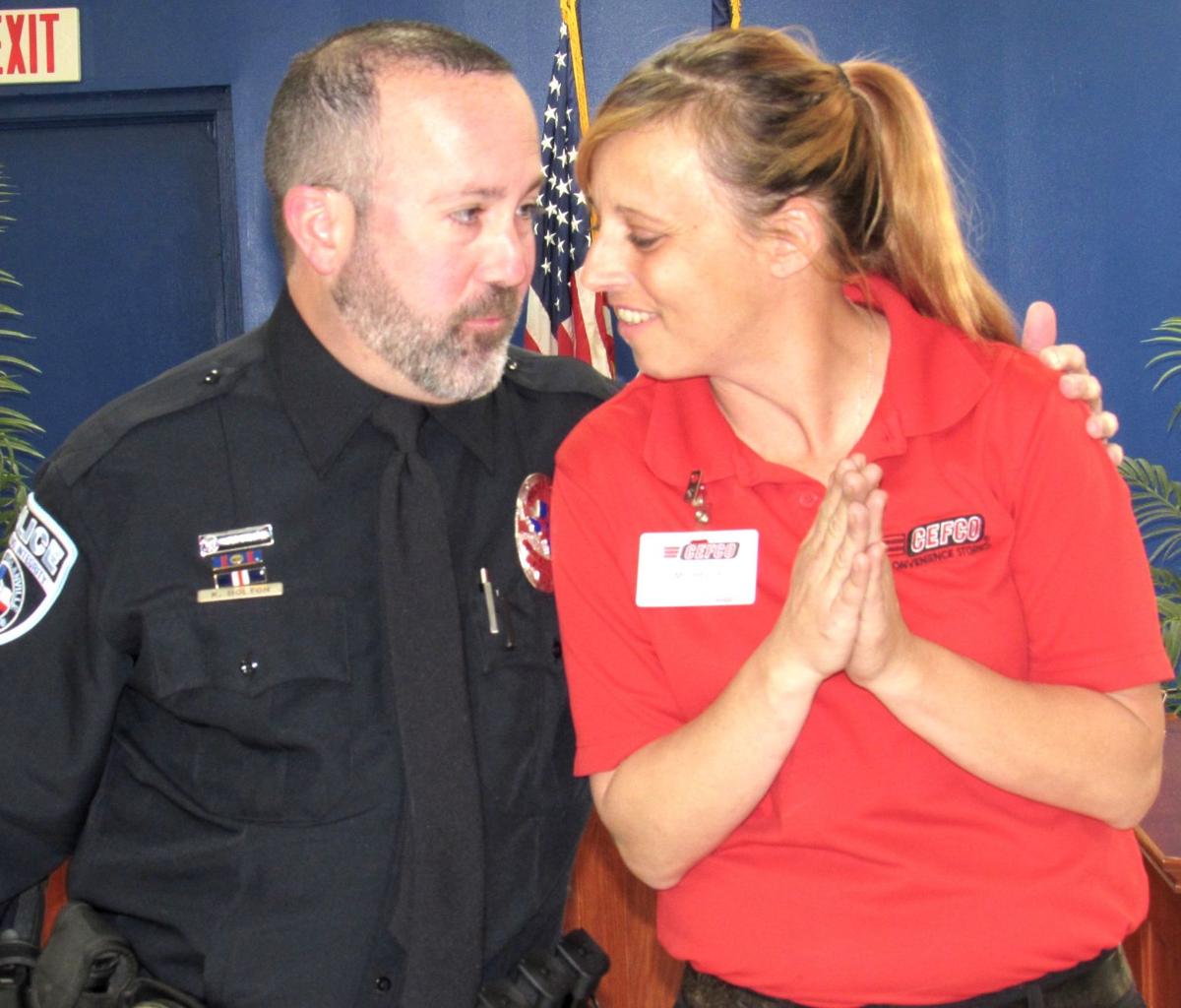 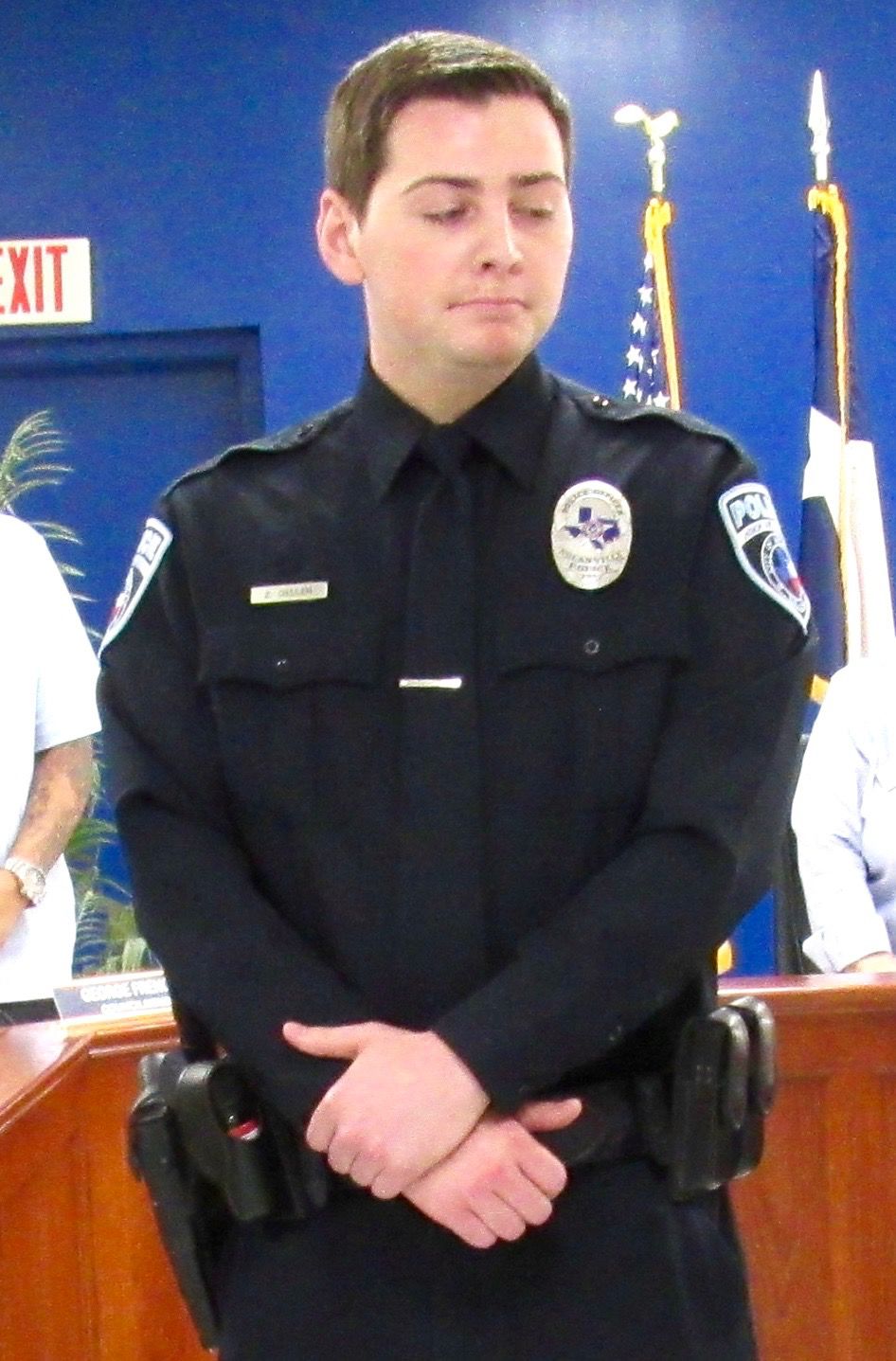 NOLANVILLE — The Nolanville City Council took a portion of its April 4 meeting to honor resdients and police officers for their contributions to the city.

Mayor Andy Williams and Police Chief Daniel Porter took charge of the first ever ceremony that will eventually become an annual event sponsored by the police department.

Among the first recipients was Dustin Swanson, who received the Spirit of Nolanville Award. Swanson is the director of the Nolanville Boys and Girls Club.

Porter said, “Police Department guidelines state that the Community Service Award may be presented to local officers or other citizens who have supported the police department.

The Community Service Award was presented to Patricia Warden, pastor of the First United Methodist Church, in Nolanville.

Porter said, “Pastor Warden has resources throughout the community and assists our officers when she’s needed. She’s provided assistance for families in need. She always offers kind words and encouragement to all those she meets.”

Officer Zachary Oeller was named Rookie of the Year. During the first two years of service, rookies are expected to observe and learn how to be a police officer.

According to Porter, “Oeller has exhibited quality performance and motivation. His natural curiosity and demeanor has led to several arrests.”

CPL James Jones received the Reserve Officer of the Year award. Jones was described as an officer who is known for his dedication and sense of humor that endears him to the public and the department.

Officer Kristopher Bolton received the Officer of the Year Award. Bolton was recognized for his leadership in developing an updated organizational structure for the department and coordinating with the district attorney’s office to make sure that case files are of the highest quality.

Chief Porter also awarded Bolton with a promotion to the rank of corporal.