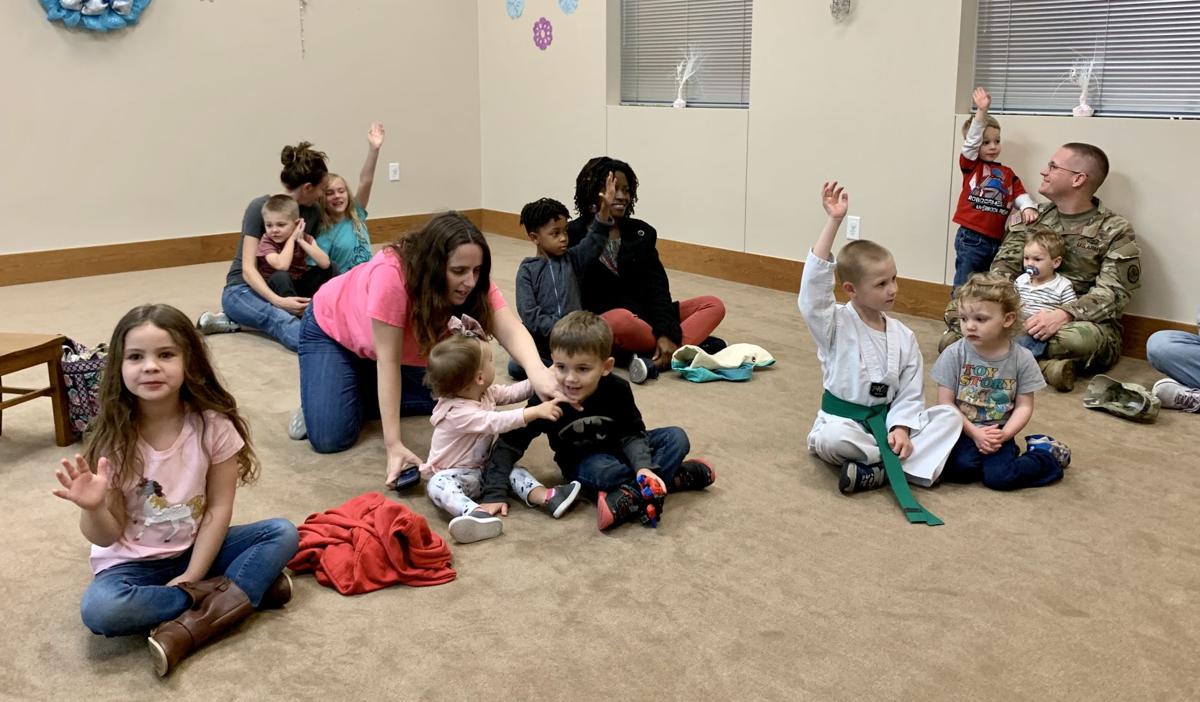 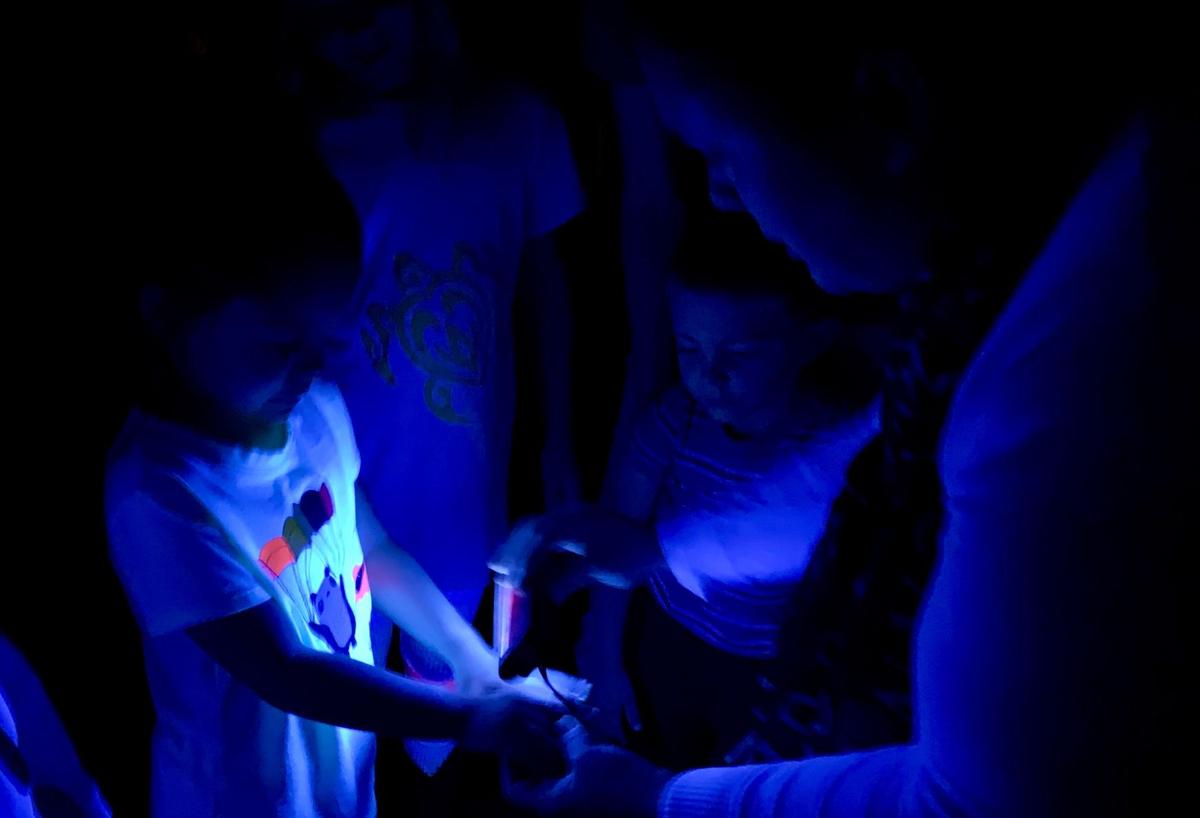 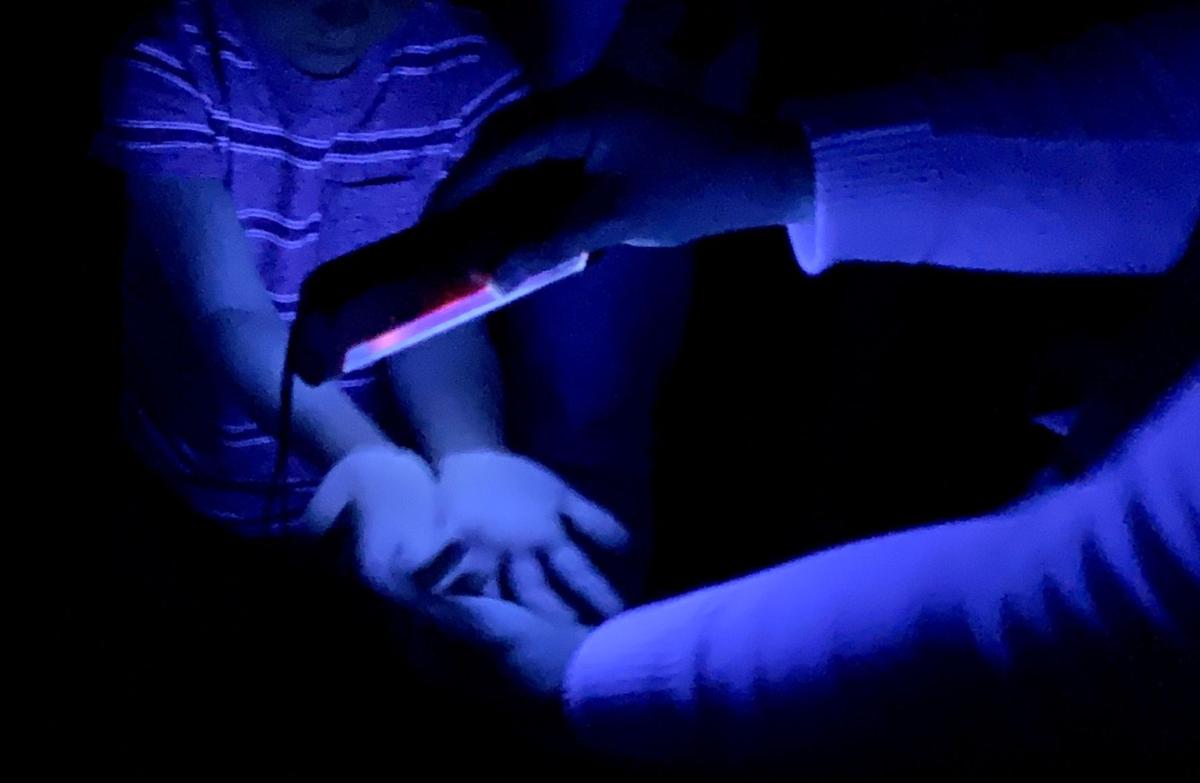 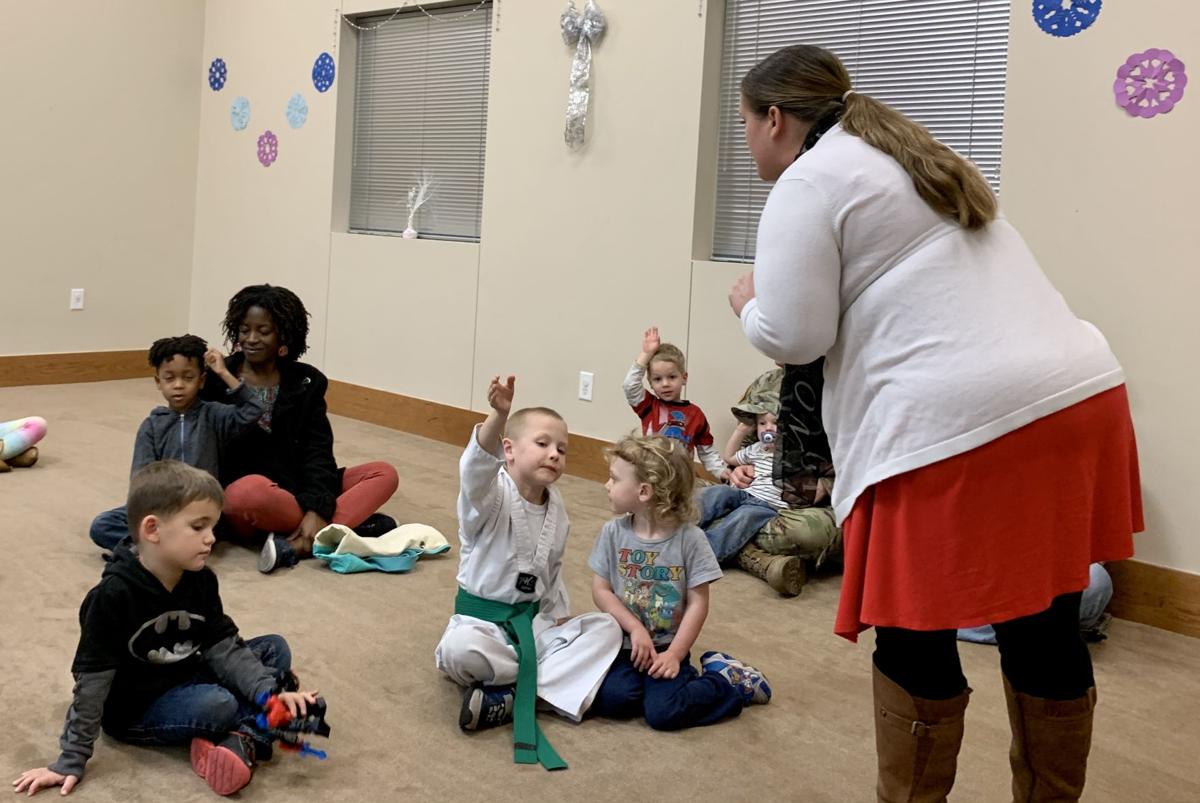 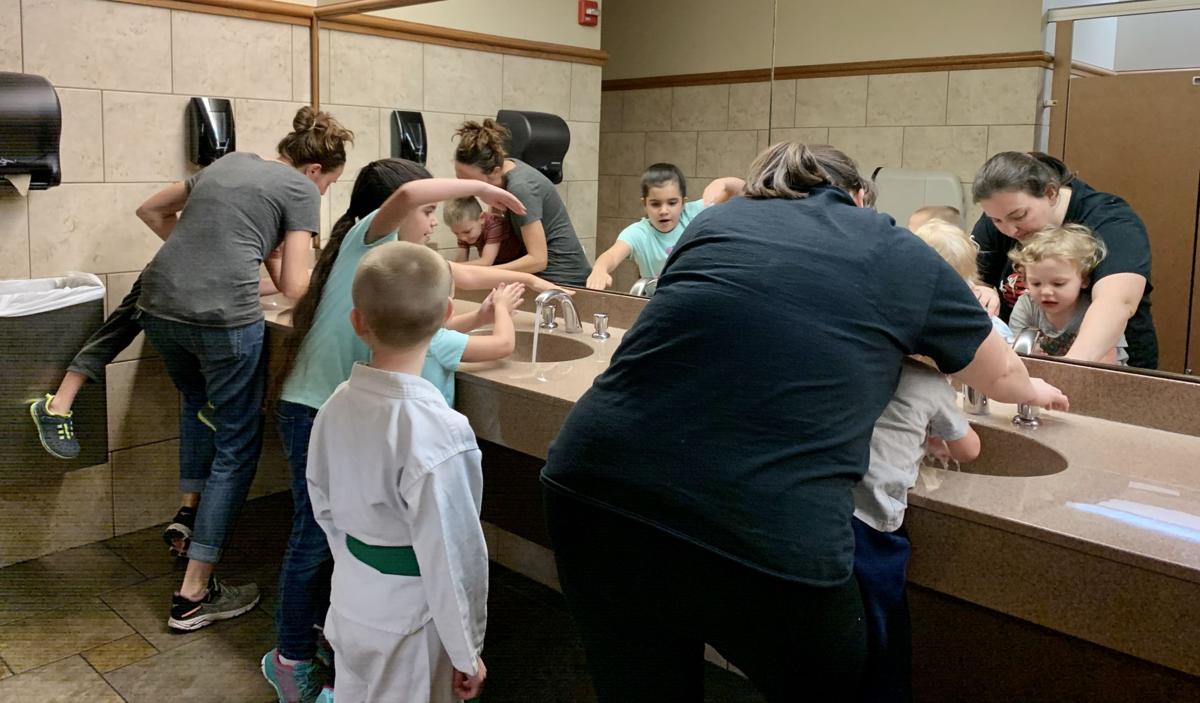 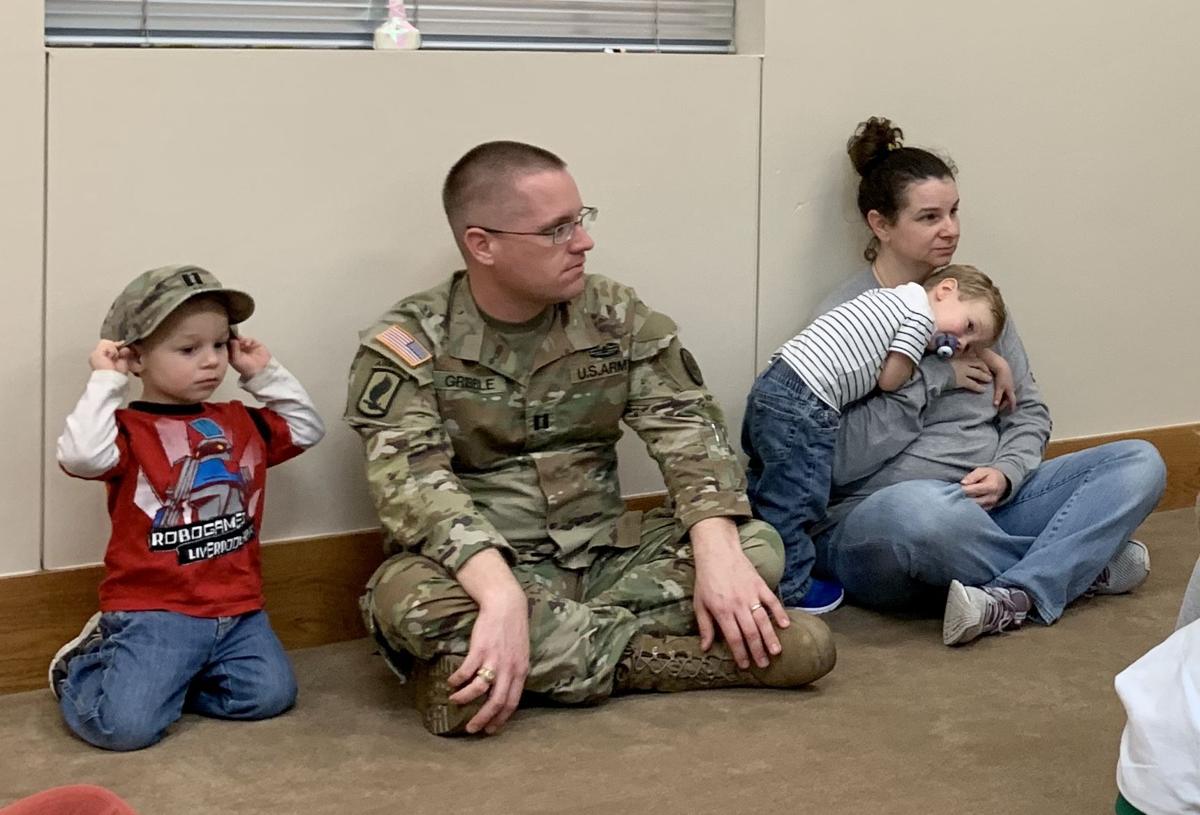 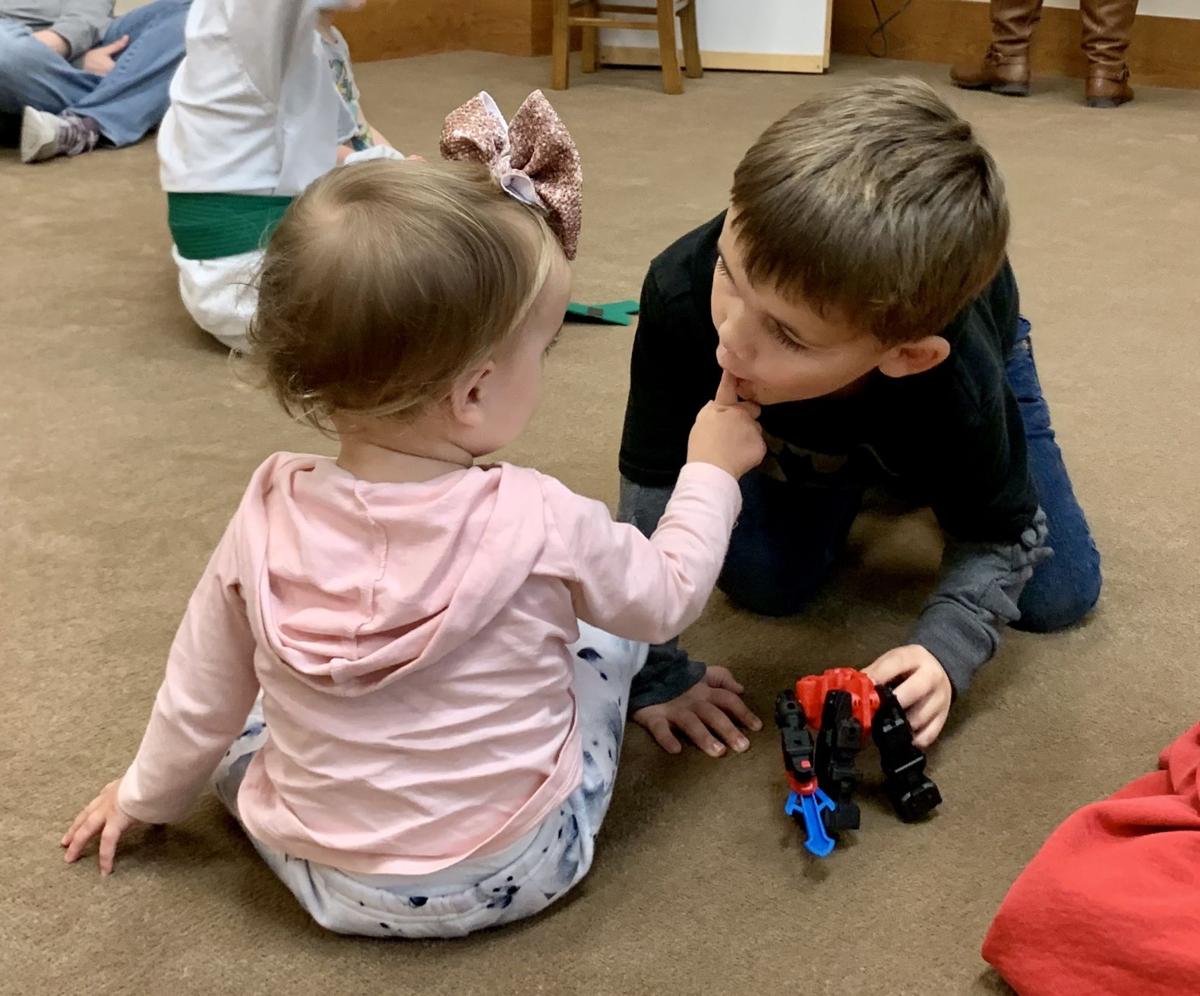 January means that it’s flu season, and flu season is here to stay for the time being. According to the Texas Department of State Health Services, flu season in Texas lasts from October until May, and typically peaks in February, which is rapidly approaching.

Trust Harker Heights Public Librarian Amanda Hairston to step up and teach area children about the germs that cause the flu and other illnesses. She did this during last Thursday’s Family Science Night, giving children of all ages (and their parents) some good information about how to stop the spread of these germs in a way that was visual and sure to leave a lasting impression.

“It’s flu season here (the library’s children’s area), and we have the play area here,” Hairston said, “and we like to try to stop the spread of germs, so that’s what we’re talking about (tonight), effective hand-washing.”

She told the 22 people who gathered for evening’s program, “A lot of people in January get something called the flu. There are lots of cold and flu viruses going around, so tonight we’re going to talk about staying healthy.”

Hairston first read the book “Germs Make Me Sick” by Melvin Berger, thenasked the children in the group about just when people should wash their hands, listingtheir answers on the white board behind her. Answers included cooking; interacting with animals; and coughing, sneezing, and blowing one’ nose.

Hairston then explained to everyone that The Centers for Disease Control and Prevention recommends that people work up a soapy lather under warm water and scrub their hands, between fingers and under fingernails for at least 20 seconds.

Then the fun really began when Hairston brought out the Glo Germ kit for a handwashing experiment. The kit contained a lotion that simulated germs; Hairston applied a dollop of this to the children’s hand, which they rubbed in thoroughly. In a dark room, a black light that showed the “germs” on their hands.

The results gave them visual proof that the group that washed their hands with soap and warm water for the full 20 seconds got more “germs”off than those who washed for 10 seconds, or not at all.

The children were delighted with the experiment, though most ran to the bathroom to continue their handwashing.

Parents William and Toni Gribble bring their sons, 3-year-old Connor and 20-month-old Mason, to the library on a frequent basis, and they all enjoy Family Night. “We’re up here with them about once a week or so,” Toni said.

“At least,” William agreed, “to pick up books or for the programs.”

While Family Nights are held every Thursday night, the next Family Science Night will be on Jan. 30 beginning at 6 p.m. “We’ll be talking about snowflakes and precipitation,” Hairston said.