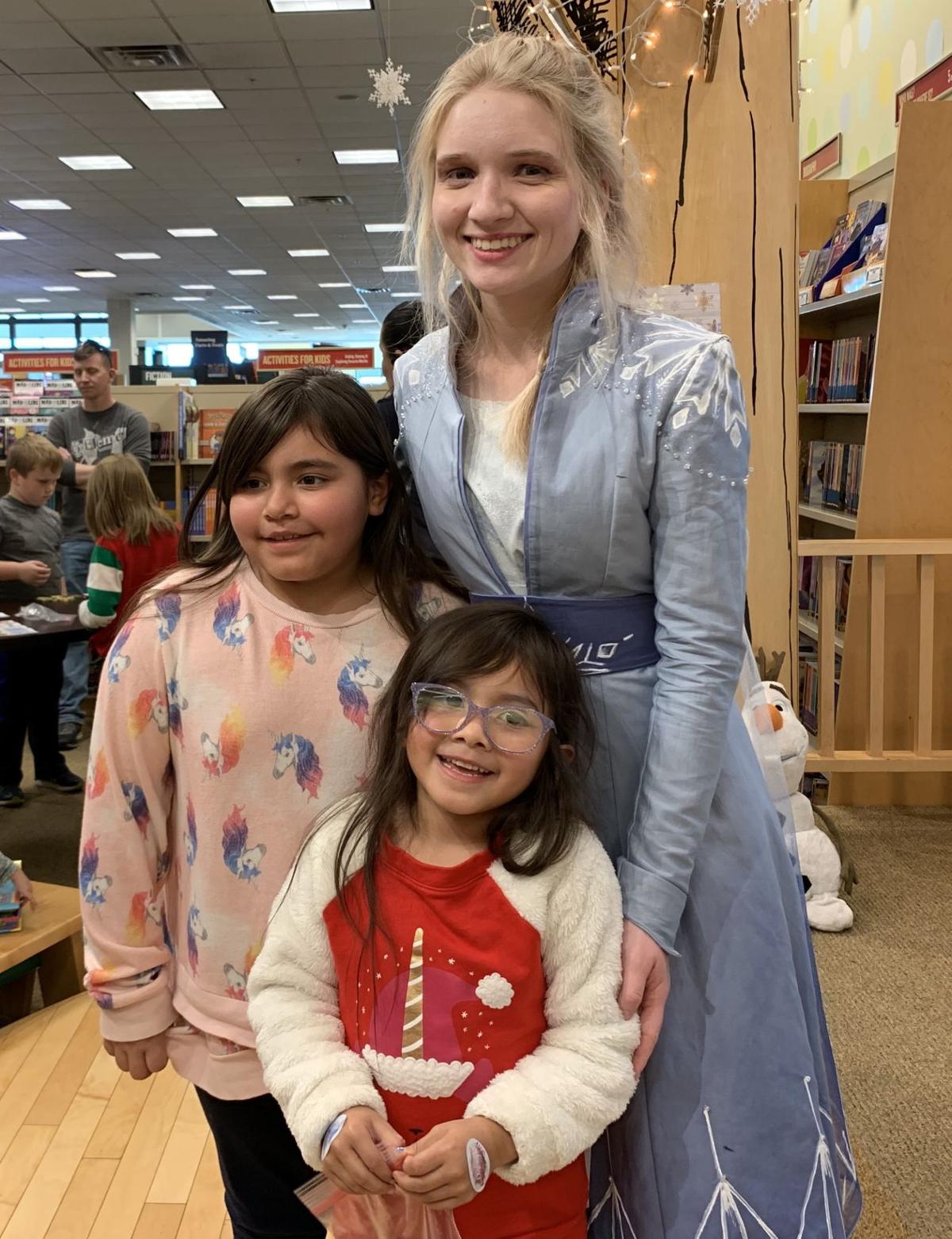 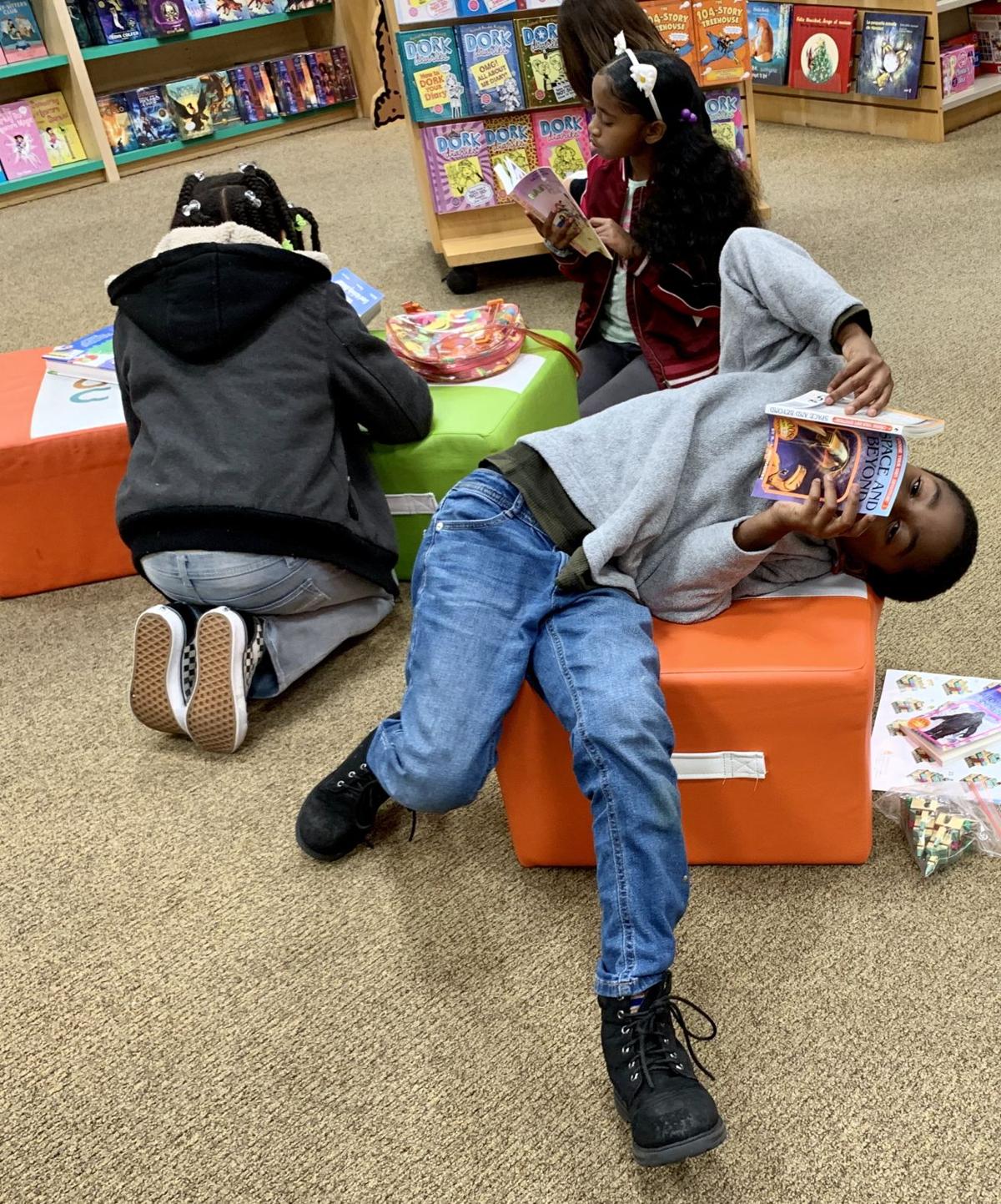 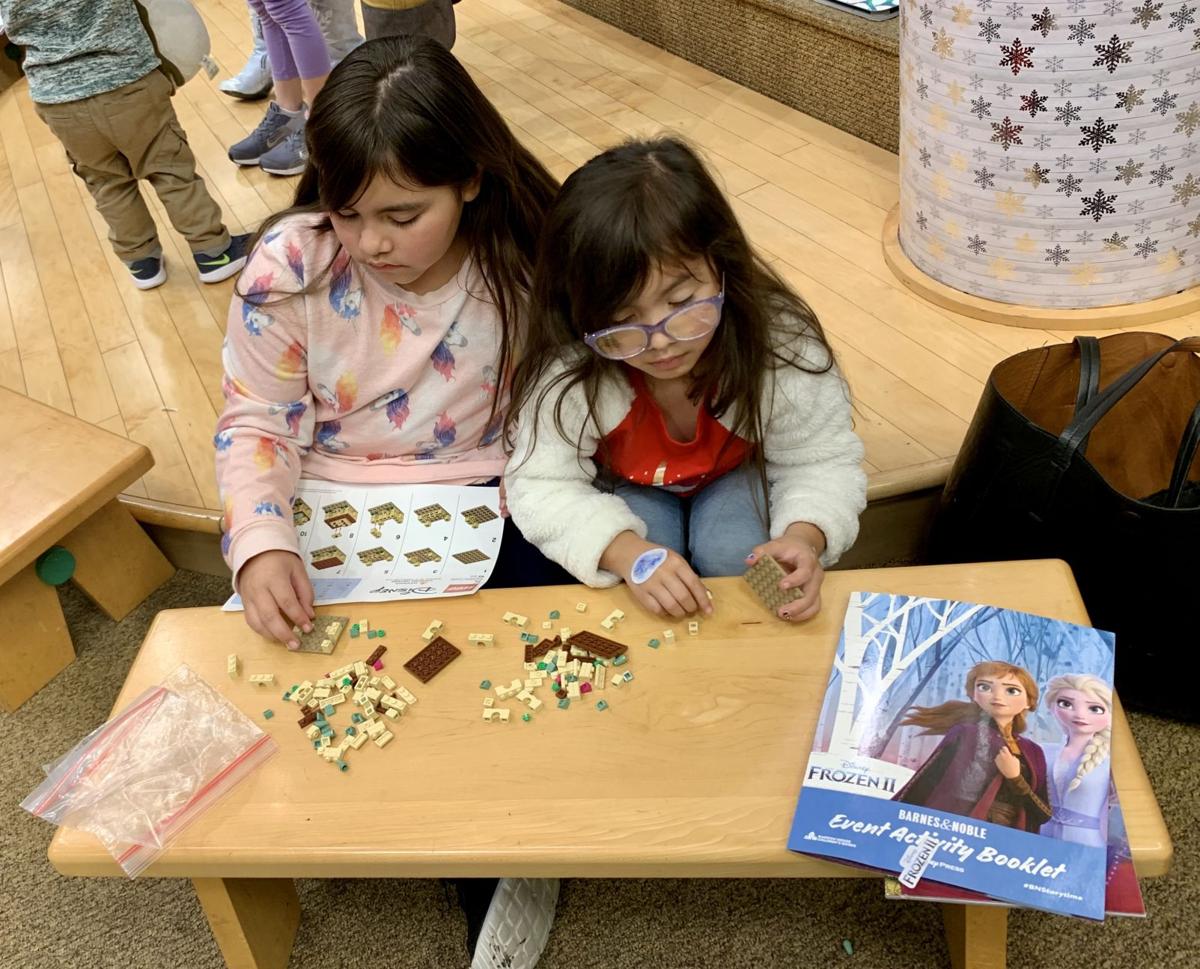 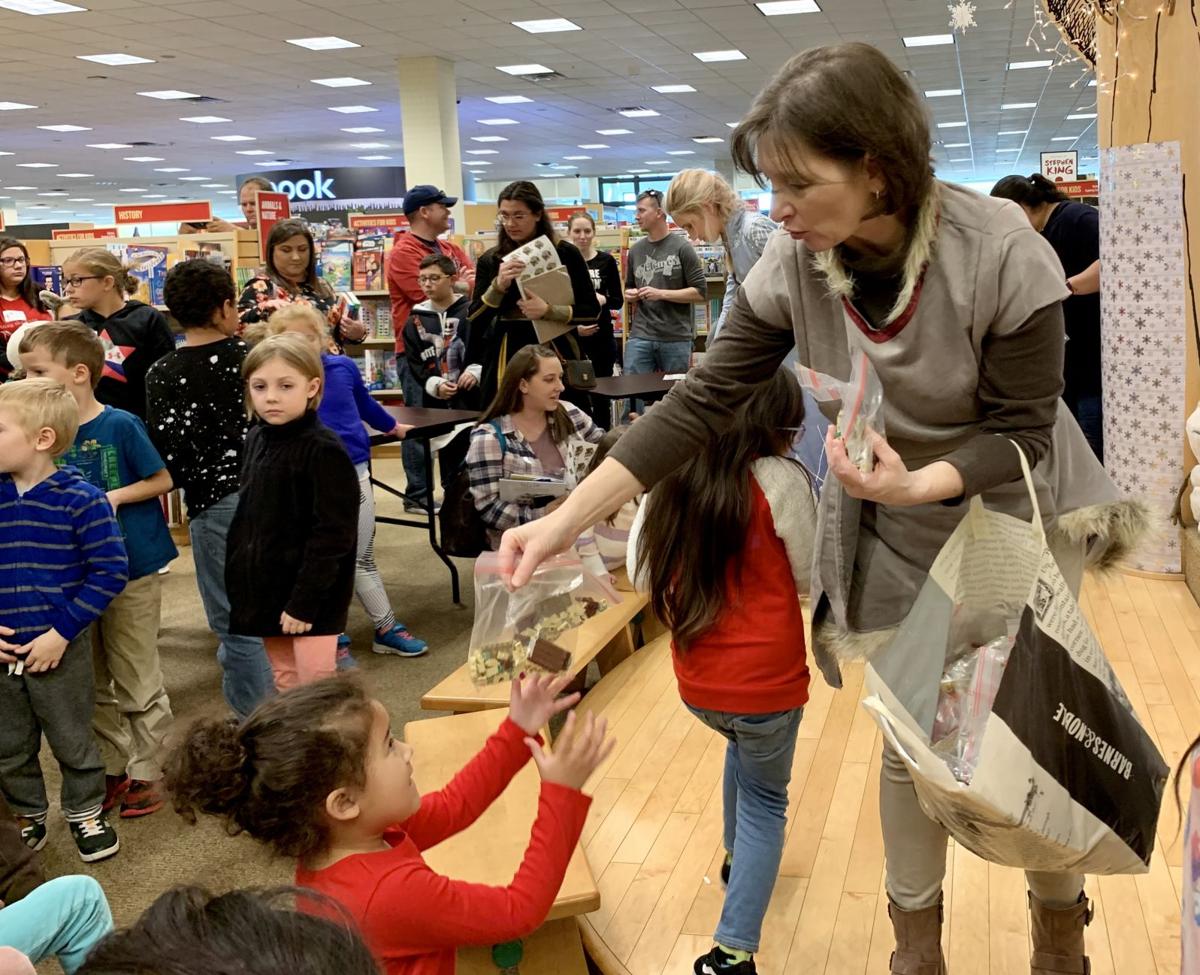 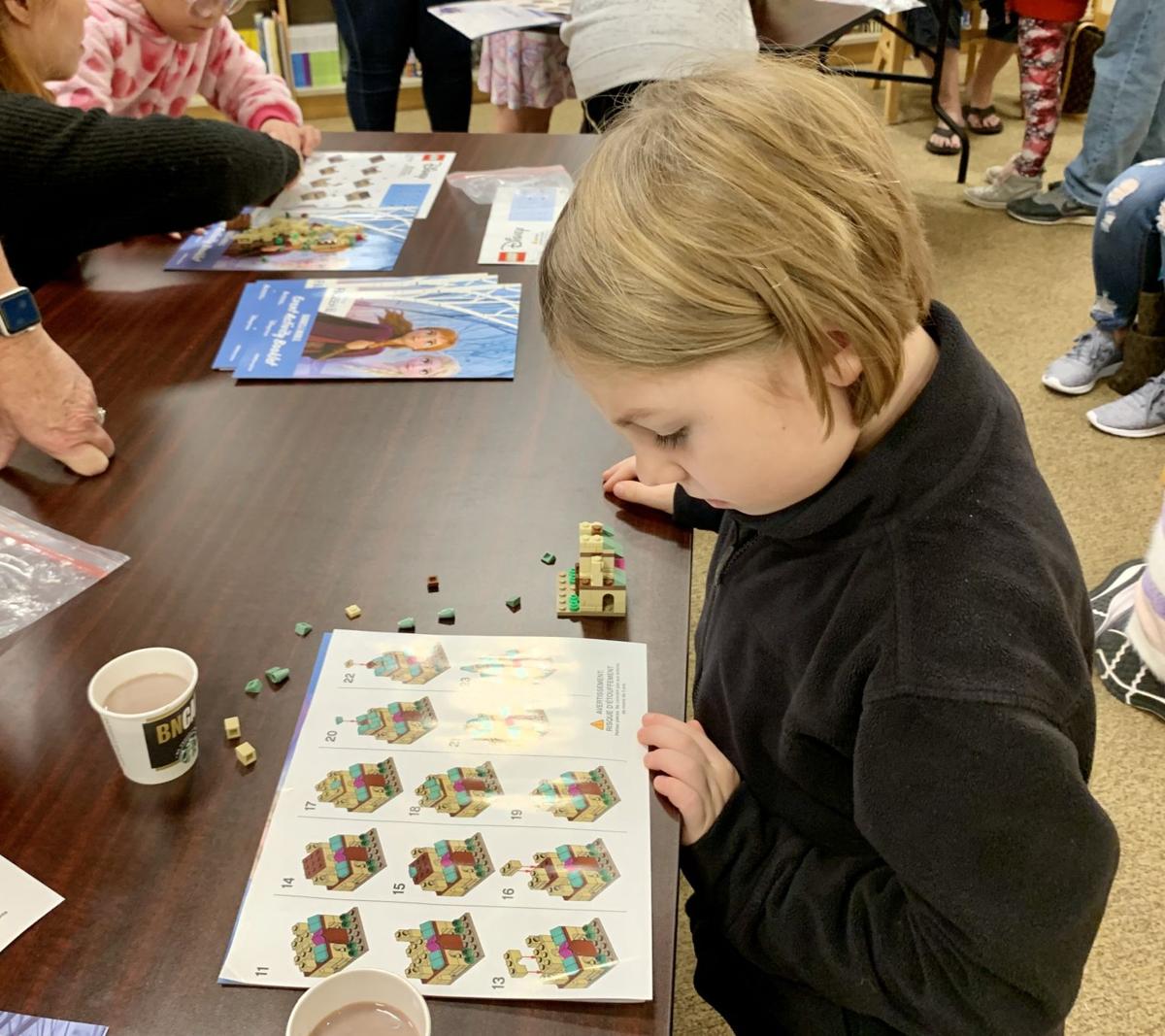 Barnes & Noble in Harker Heights held a Lego Build-It event Saturday afternoon that drew a crowd of dozens of parents and children who came to hear a short story and build a Lego castle based on the one in the recently released movie “Frozen 2.”

The event was kicked off with a short story time that was led by Lisa Youngblood, along with Sheridan Youngblood and Shelby Martin, all dressed as characters from the movie.

Zena Rodriguez, Barnes & Noble children’s department lead, said of the story was a Golden Book version of “Frozen 2.” She said, “It’s pretty much a snippet of the movie. It leaves the ending off so they can watch the movie and see the ending for themselves.”

After the story was read, Barnes & Noble staff passed out cookies and hot cocoa to the children who were in attendance (Rodriguez herself provided the whipped cream) and helped Youngblood pass out coloring and activity sheets for the children to do, along with the patiently awaited-for Lego kits containing the parts and directions to construct a miniature version of the “Frozen 2” castle.

And, of course, Sheridan Youngblood, dressed as Elsa, and Martin, dressed as Anna, were busy posing for photos with young “Frozen” fans, like Izabella and Aubriella Passarell of Nolanville, ages 8 and 6, respectively.

Mother Janie Passarell said, “They’ve been on a ‘Frozen’ binge. We saw the movie (“Frozen 2”) when it first came out — they made me buy the tickets early back in October!”

Grandparent Sandy Jaksch was there with her grandchildren, 4-year-old Ashton Daniels and his sister, 8-year-old Olivia.

Jaksch, here for the holidays from California, said, “It’s really nice, getting things ready for the holidays, having something so kid-friendly. We’re so glad as grandparents we got to share this with them.”

Dyneeka Scott of Killeen brought her two nieces and two nephews to the event.

She said, “I saw this online yesterday and wanted to surprise them today. They didn’t know they were coming here. I’m sure they had a good time.”

They had such a good time, in fact, they all hung around after the event had finished, browsing books and reading, something that Barnes & Noble encourages.

Scott’s youngest nephew, 8-year-old Antwone Kirkland, even discovered (and promptly became enthralled by) some Choose Your Own Adventure books, which Scott took home for them all to read together.

Barnes & Noble holds story times every weekend, and will hold other events throughout the holiday season.

Go to the Barnes & Noble website at https://stores.barnesandnoble.com/store/2324 for more information.