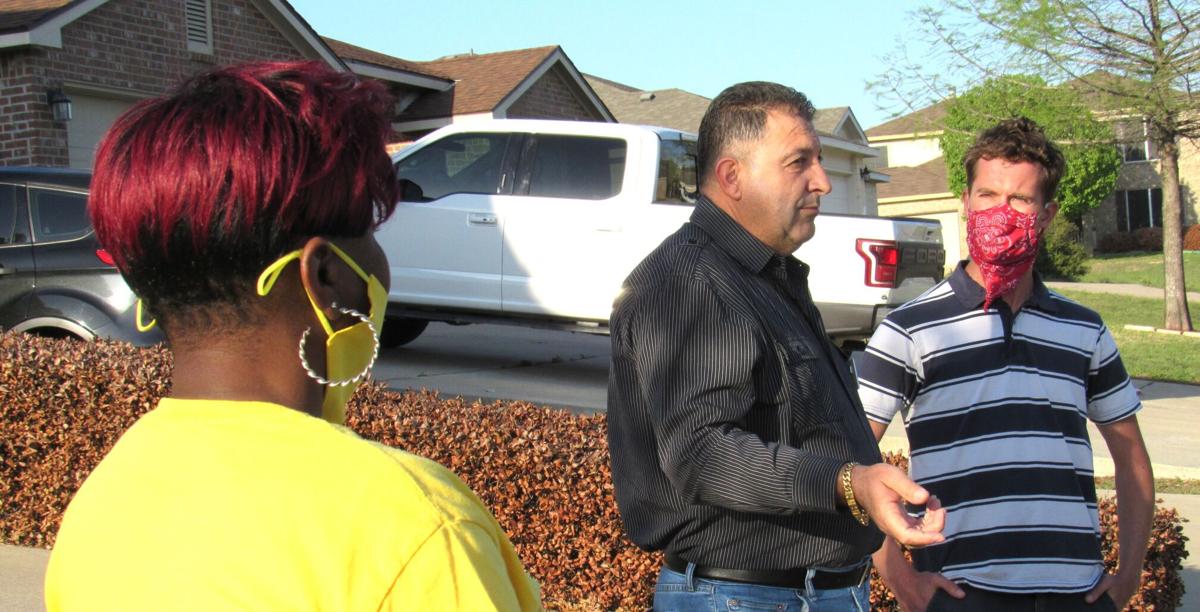 Harker Heights resident Brenda Johnson, who lives at 717 Coyote Circle, prefers to call it a Lawn Forum, but she volunteered to host the second in a series of meetings that began last week as the Front Yard Forum.

The forum is intended to be an opportunity for all of the candidates in the upcoming May 1 City Council election to gather in one location and be joined by residents.

Gathering at the home of Robert Dixon last week were candidates Vitalis Dubininkas, Sam Halabi and Stacey Wilson, who are running for the Place 5 seat on the Council, and Howard “Scot” Arey, who is running against Mayor Pro Tem Michael Blomquist, the incumbent in Place 2.

Blomquist and Jeffrey Harris did not attend last week’s forum.

Dixon told the Herald last Thursday that the idea for the forum was inspired by the CBS-TV comedy series “The Neighborhood.” The characters on the television show spend time talking about the issues of living in their neighborhood and discuss everything from taxes to safety.

“I thought it was a good idea to get all the candidates together and open up the forum to the neighborhood so residents could meet the people running for public office and share what was on their minds,” Dixon said. “Honestly, had I not hosted this event, I would have had no interest in voting in the Council election. Now, you can count me in to cast my vote on May 1.”

The candidates who attended the forum agreed the directness of meeting residents face-to-face gave both residents and candidates a chance to relax in an informal setting and share their concerns.

Dubininkas said, “This approach was good because there wasn’t that intimidation level that you experience in large venues. It was a welcoming kind of atmosphere and gave citizens a chance to openly express their concerns.”

Wilson said, “The forum put the focus on the citizens. It was a great idea because we had a chance to hear directly from the residents. This environment was warm and friendly and being with my opponents put it in perspective that we all can’t win, but we support each other and being with other was a great experience.”

Arey told the Herald, “The forum is a big improvement because we go out into the neighborhoods and I hope this becomes an ongoing tradition with residents who are running for public office in the future. I was impressed to hear what the priorities are for the citizens in Harker Heights.”

Randy Schoel, a longtime resident, said, “This forum was put together without the involvement of government or other agencies.

“Citizens and candidates came up with this idea and it shows that the contributions of people are the solution to many of our problems.”