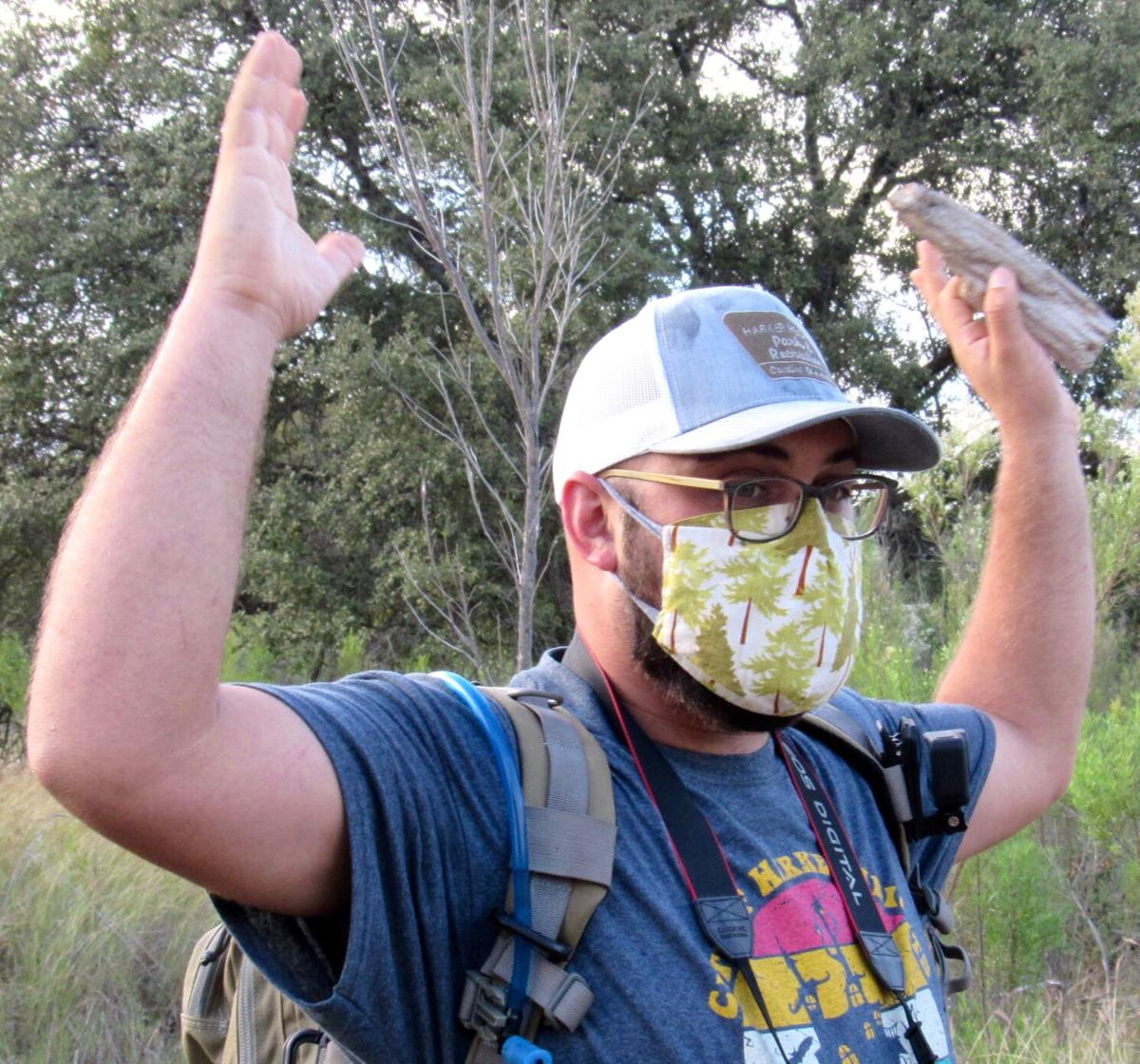 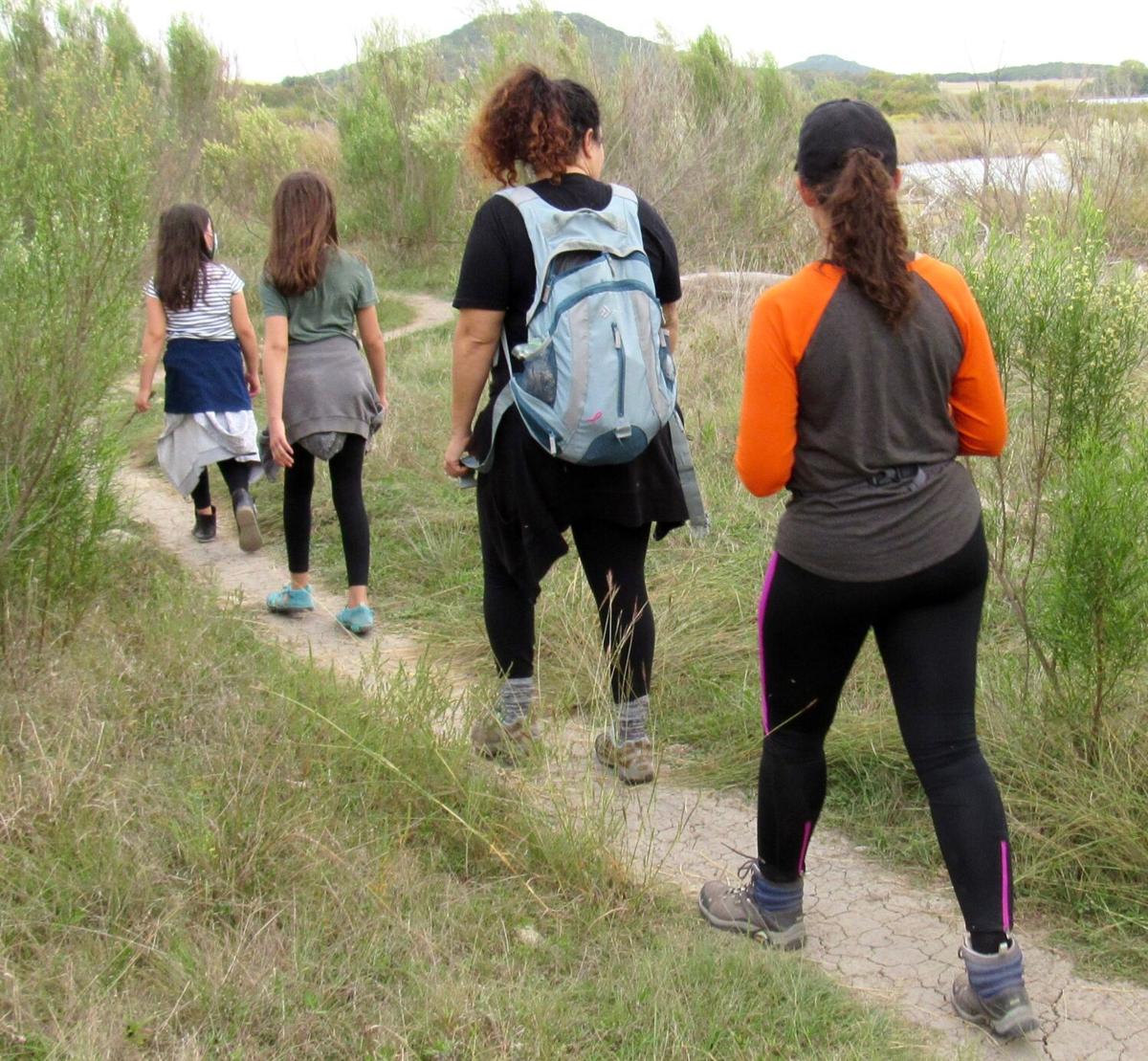 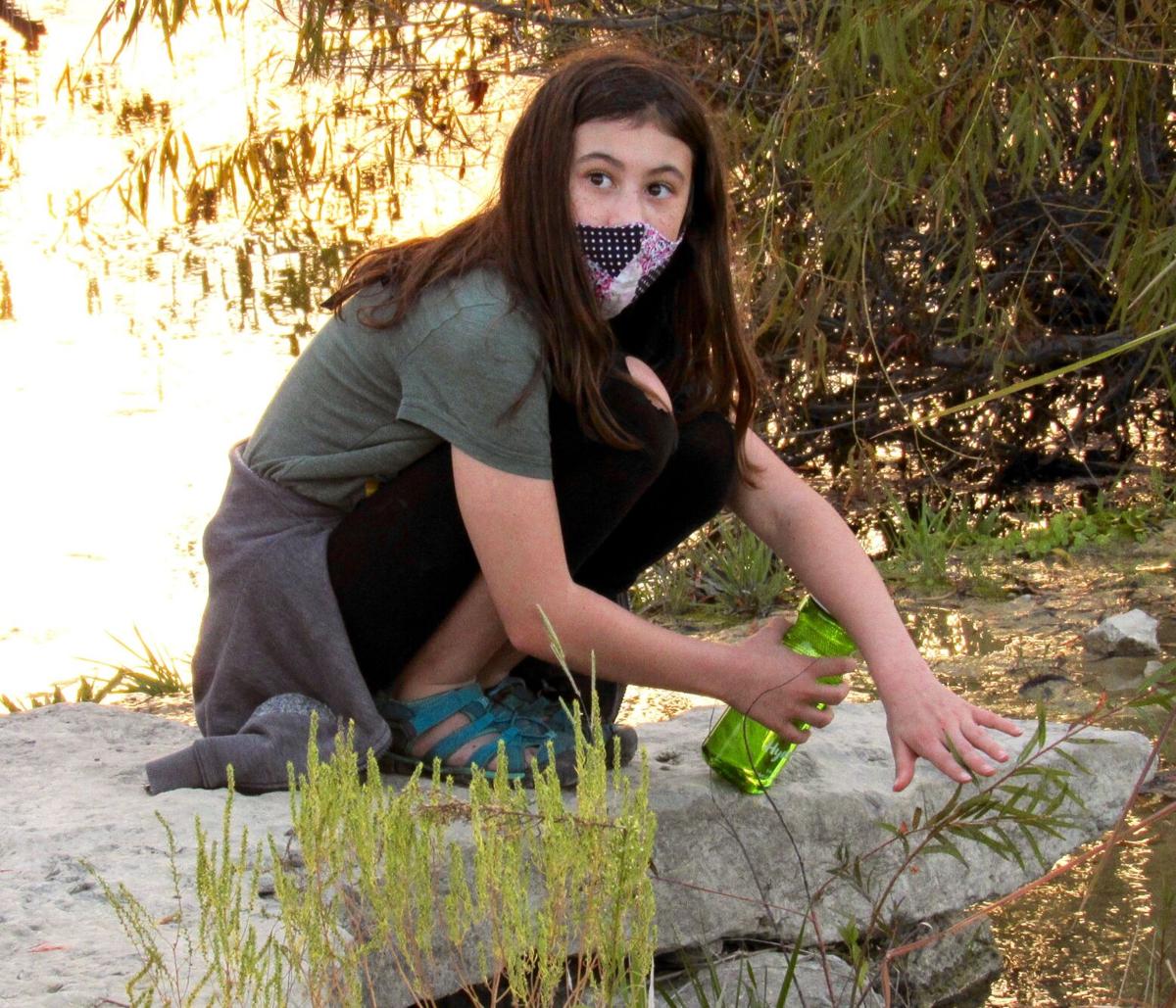 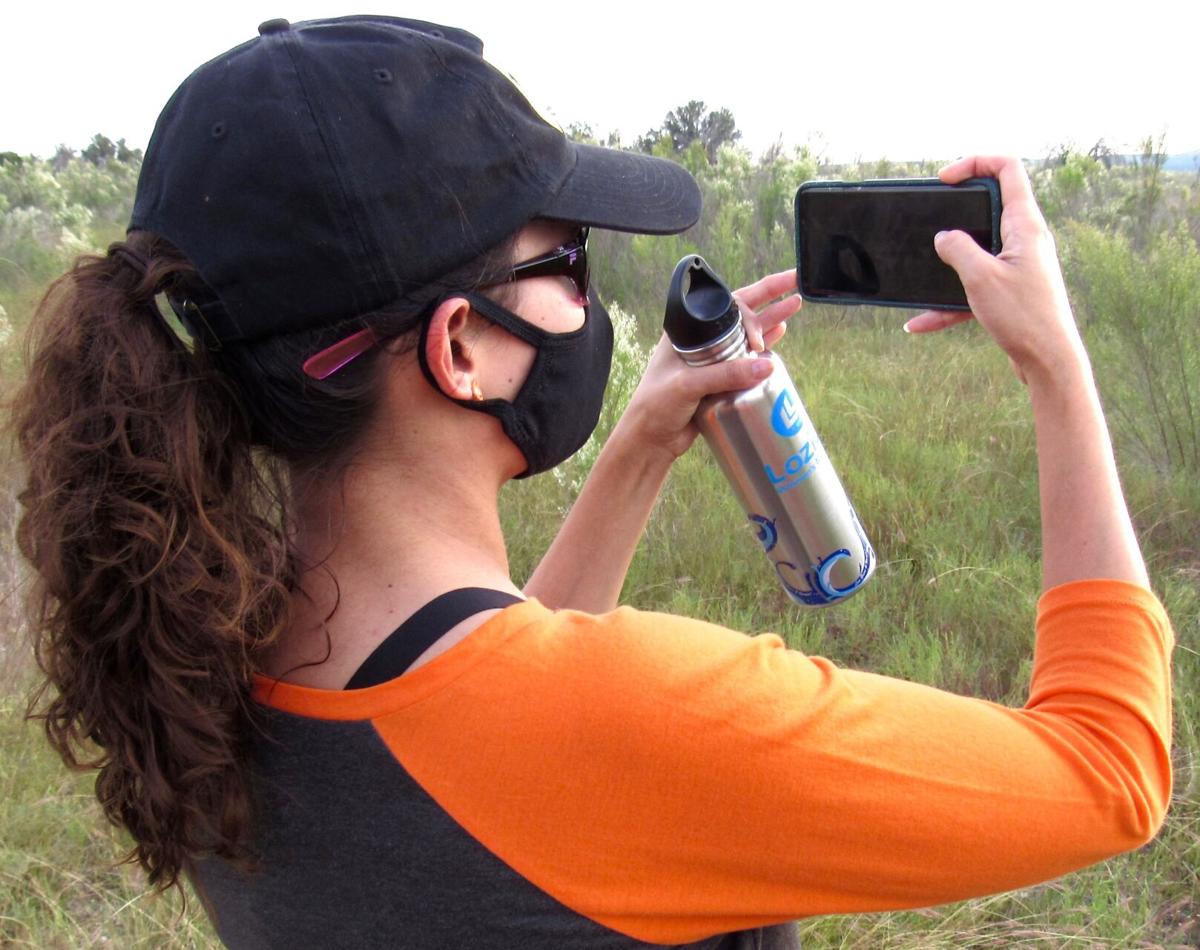 The number of participants at the Dana Peak Park Trail Walk last Saturday was small. Eleven people had signed up, however, only four made the trek sponsored by the Stewart C. Meyer Library Activities Center led by Activities Center Specialist Adam Trujillo.

The 2.4-mile walk lasted from 5 to 7 p.m. The walkers were: Jennifer Hetzel, Michelle Pace and her daughters, Olivia and Abigail. They followed the protocols of wearing masks and social distancing while on the trail.

Trujillo said, “We were prepared for the larger group and are disappointed they didn’t join us but we faced the challenge of navigating rocky trails with masks on and had a good time anyway.”

The narrow trails wound through trees, tall grass and a small waterfall. The path eventually led the group to the shore of Stillhouse Hollow Lake.

The only animal life observed was a young deer through a clump of trees feeding on grass near one of the trails.

Skeletal remains of a duck’s head were also found on the trail.

One of the group asked if mountain lions roamed the land near Dana Peak Park to which Trujillo confirmed and taught a quick lesson about what to do if one came nearby.

Added Trujillo: “Stand very still and make yourself as tall as you can be. Raise your hands high in the air but don’t startle the cat. When the lion sees just two legs underneath you, he’ll leave you alone.”

Trujillo took a break in the walk to tell the group that there’s a book they needed to check out at the library that’s about all the ghost sightings in Bell County.

“I’m gonna tell you a story about Bob ... (He) couldn’t find a job after the Confederate War and started robbing stagecoaches. Not far from here is the Lampasas River and the road that stagecoaches used went through part of the river and had to make a steep climb up a hill,” the tour guide said. “Bob, who was rather peculiar, would hide at the top of the hill and wait for the stagecoach then stop it and ask the passengers where they were from. If some were from the northern states he would rob them. If you were from Texas, he wouldn’t rob you and let you go on your way. The reason they called him Bob was because he was always bobbing his head. He lived in a hideout in Stillhouse Hollow where he kept his gold and money. Legend has it that after they flooded the area they didn’t allow camping by the water.”

In the 1970s, one camper went missing and they assumed it was Bob, but they never found the gold he had hidden.”

Abigail asked the group what they would do if they found the gold. Michelle, said, “I would donate some then travel the world.”

Concerning what Olivia learned, she told the Herald, “I didn’t know crawdads dug holes 8 feet deep in the water and built a volcano out of mud.”

Trujillo said the trail walks have been successful.

“We’ve done about eight of these walks and the interest is growing. The more we have, the attendance will continue to climb,” he said.