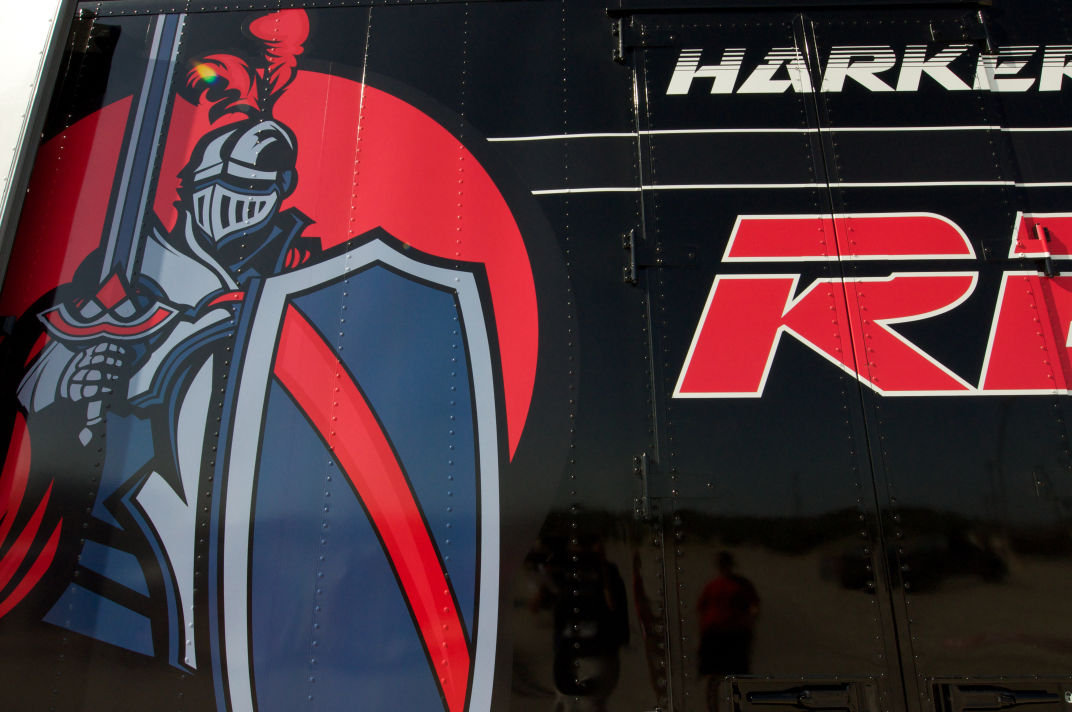 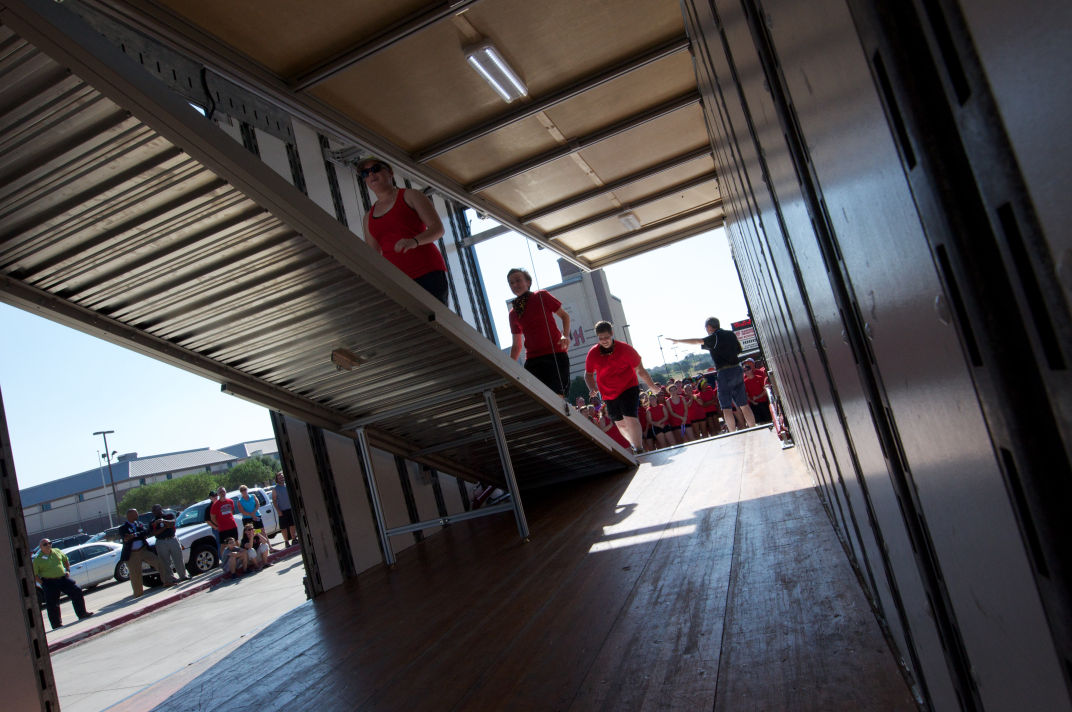 The loading crew for the Harker Heights High School band get first look at the split level racks in their newly outfitted moving van, delivered last Thursday to the school during the band’s rehearsal. 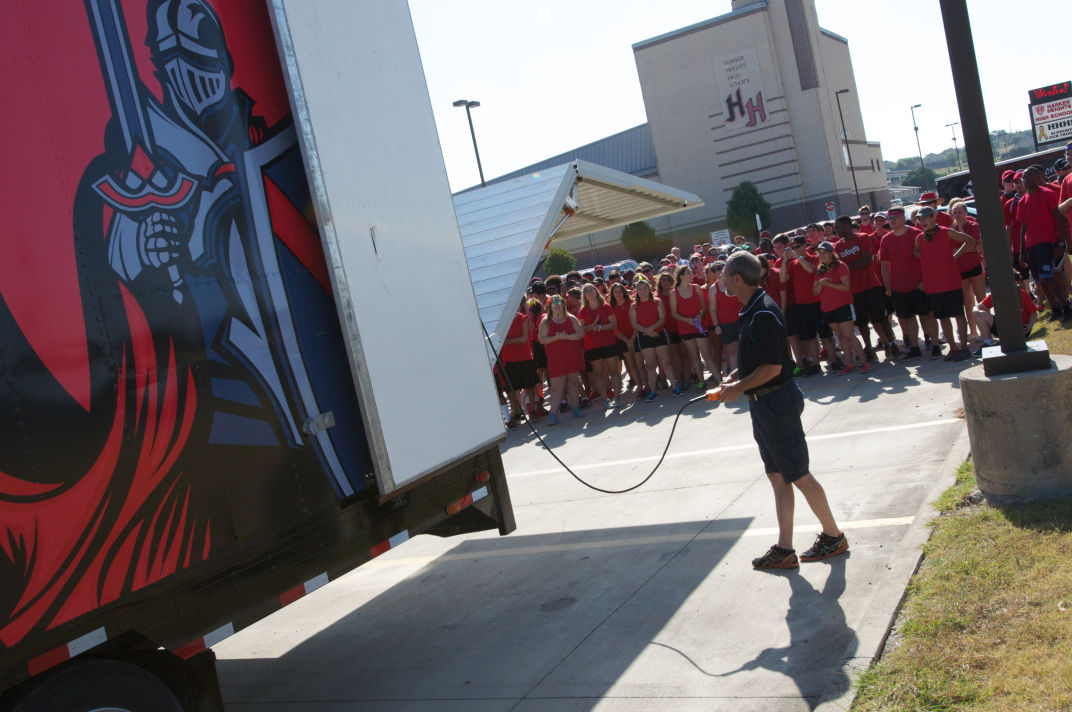 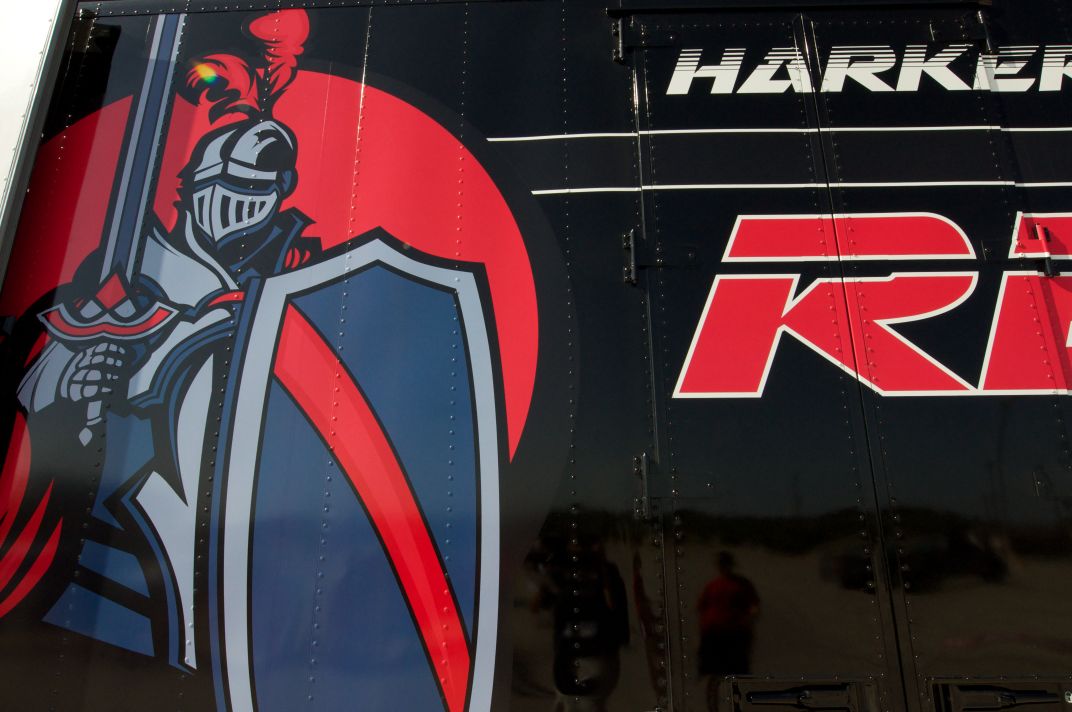 The loading crew for the Harker Heights High School band get first look at the split level racks in their newly outfitted moving van, delivered last Thursday to the school during the band’s rehearsal.

The marching band load crew captain at Harker Heights High School was smiling as much as anyone when the truck pulled up during band rehearsal last Thursday hauling the band’s new customized moving van.

“It’s a new beginning,” Makayla Smith, a HHHS junior, said of the 48-foot trailer decked out with red-and-black exterior designs, including a huge image of a Knight on the side.

Killeen Independent School District leaders and its vendor Clubhouse Trailers of Oklahoma delivered the moving transports last week to each of the district’s high schools.

While the exterior builds pride and announces the school bands’ presence at games and contests, the interior makes loading and unloading equipment easier and safer.

Jeff Hadley of Clubhouse Trailers said the design of the re-worked vans is unique to KISD based on its desire for hydraulic ramps that fold out of the vehicle and the interior racks and lighting.

Last year, the high schools used the empty, unadorned trailers, which provided added space, but required students and staff to figure out how to safely load and secure their equipment.

In the past, band director David Norris said, loading crews took at least 30 minutes to pack equipment in three KISD delivery trucks to take to games and contests.

“Now, we won’t have to overstuff the carts because there’s a place for everything,” said Smith, excited to lead loading efforts this year with the much-improved system.

“It will be so efficient,” she said. “Used to, we had to make sure instruments weren’t going to fall and that props wouldn’t get scratched. Now everything will work and be efficient.”

No more loading trucks while everyone else is eating dinner before a game and no more unloading in the post-game dark with the unit’s solar-powered LED interior and exterior lighting.

Senior drum major Kyli Shaffer said the band is pushing forward this year with a huge group of 200 students and a strong group of seniors. The long-awaited trailer, bearing the proud group’s colors and imagery can only keep the momentum going.

“It’s a huge motivator,” said drum major Marquez Way, also a HHHS senior. “I think it shows how far we’ve come and it brings us closer together.”

“It’s a step in expanding our program,” said drum major Rachel Engelbrecht, also a senior. “We see lots of schools with official trailers at contest. This shows we are proud of our band. This is better than I expected.”

I wonder if they are aware that the name chosen is the same as a notorious Italian terrorist group.