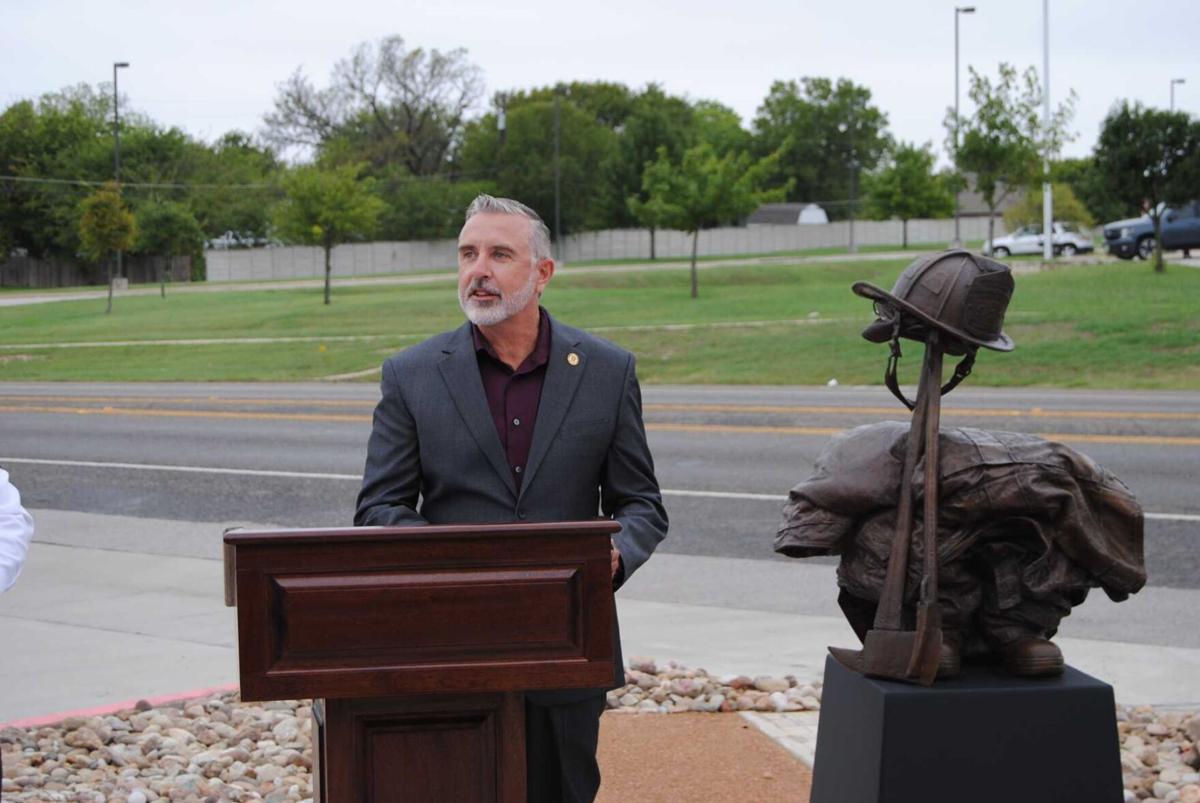 Stan Balcer, the Vision XXI 2019 class chairman, speaks about the monument during the dedication at the Harker Heights Fire Department on Thursday. 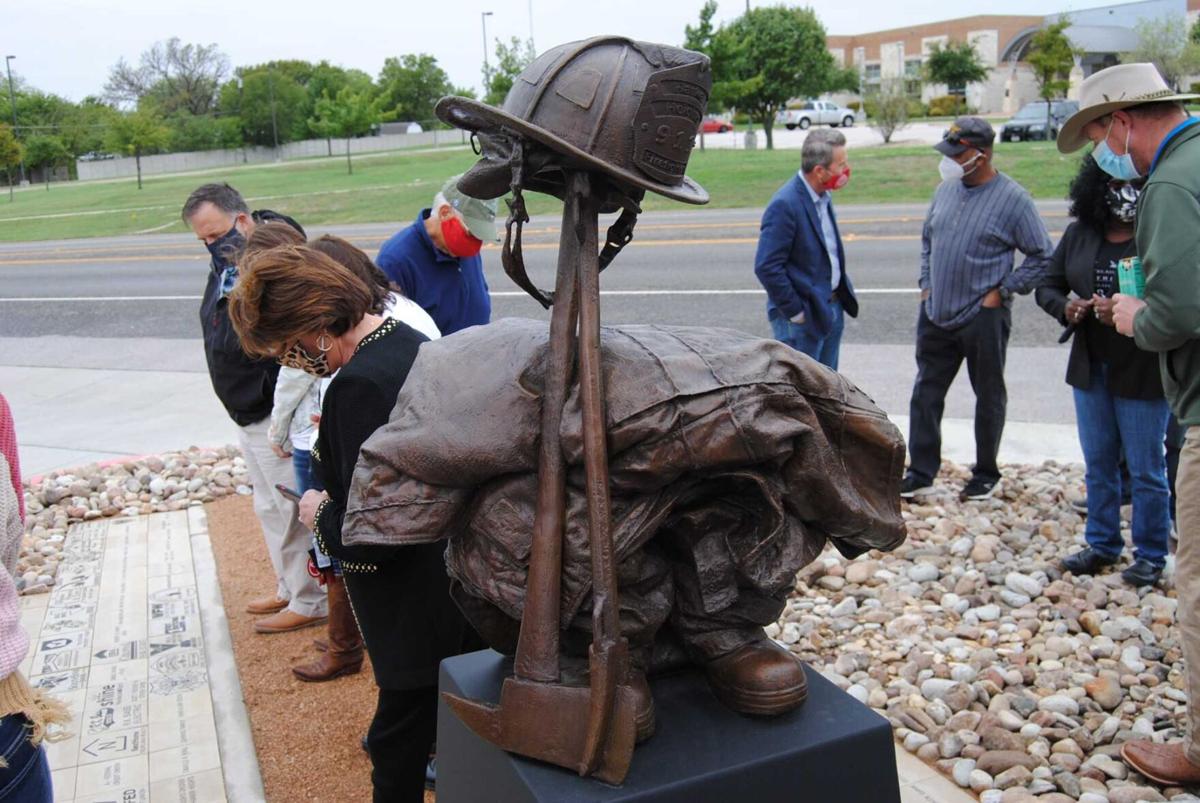 Local residents mingle and admire the bricks that lay behind the new monument following the dedication ceremony at the Harker Heights Fire Department on Thursday. 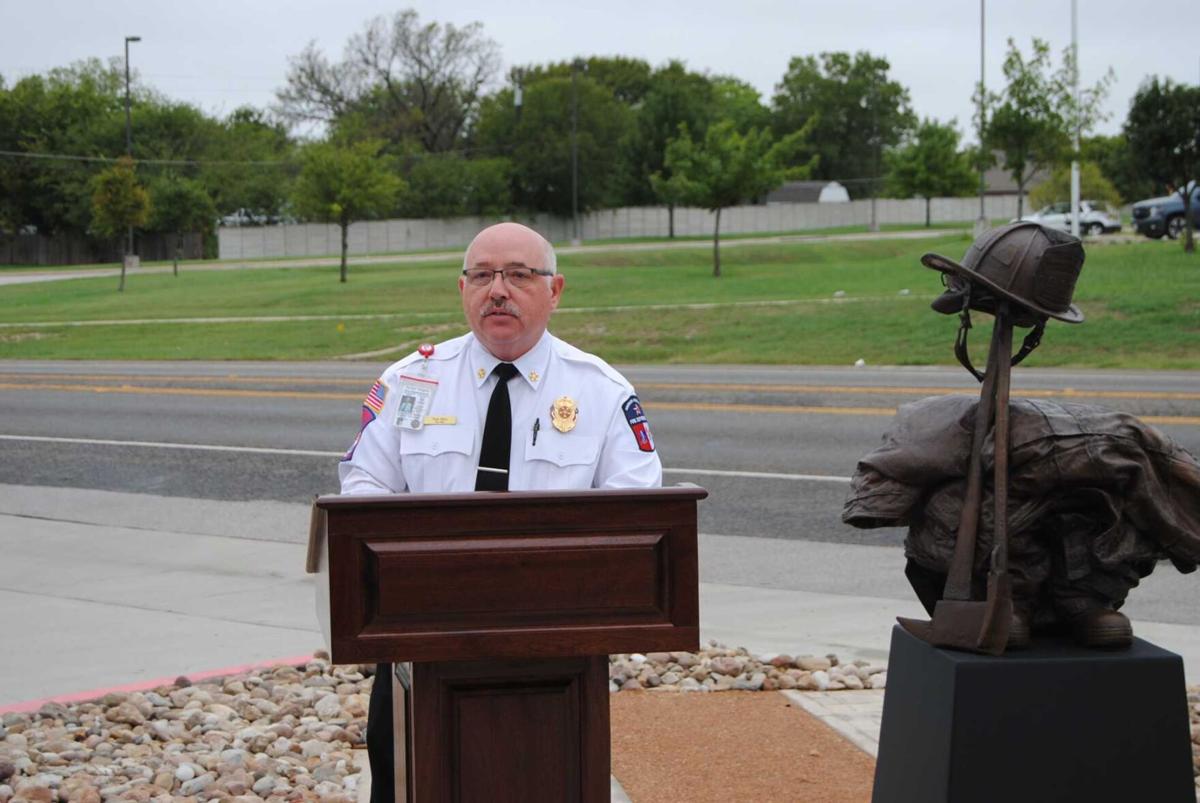 Stan Balcer, the Vision XXI 2019 class chairman, speaks about the monument during the dedication at the Harker Heights Fire Department on Thursday.

Local residents mingle and admire the bricks that lay behind the new monument following the dedication ceremony at the Harker Heights Fire Department on Thursday.

The Harker Heights Fire Department now has a new monument in front of the Central Fire Station on Indian Trail.

The bronze monument, which features a fire helmet resting atop an axe handle, along with a firefighter’s folded coveralls and boots, was dedicated Thursday morning.

Vision XXI, a local leadership organization that is part of the Harker Heights Chamber of Commerce, last year chose to fund and plan the creation of the monument as their class project. An artist created the monument for the project.

“We were given three class project options. This was the most challenging but we felt the most rewarding project so this was the project we chose,” said Stan Balcer, the Vision XXI 2019 class chairman.

Balcer added that the project was funded through local businesses, families and individuals buying bricks that were placed in front of the statue with the names of the sponsors on them.

Paul Sims, Harker Heights fire chief, spoke about what it meant to have the monument.

““Today we have a monument that the whole community really came together in an effort to bring that to us here at the city of Harker Heights Fire Department that we will forever have in place,” Sims said. “It also says ... that work continues, we’ve got things to do each and every day and the men and women of this department, they serve their community well.”

Harker Heights Mayor Spencer Smith spoke about what it means to the residents of Harker Heights to be able to see the monument on a daily basis.

“I think it’s important to have that,” Smith said. “It just reemphasizes how important our first responders are to us.”

He added that it was a great community effort that brought the monument to fruition.