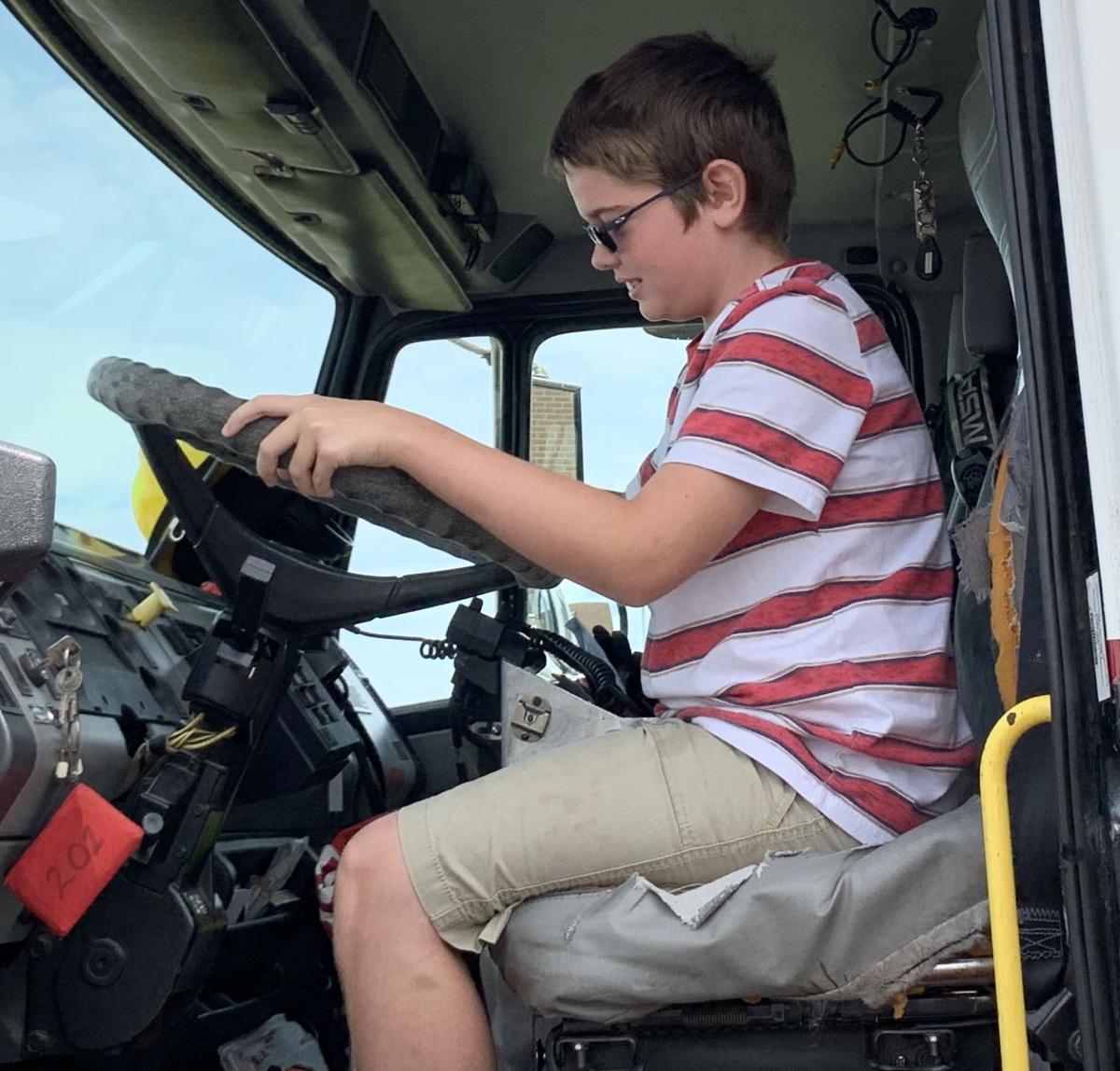 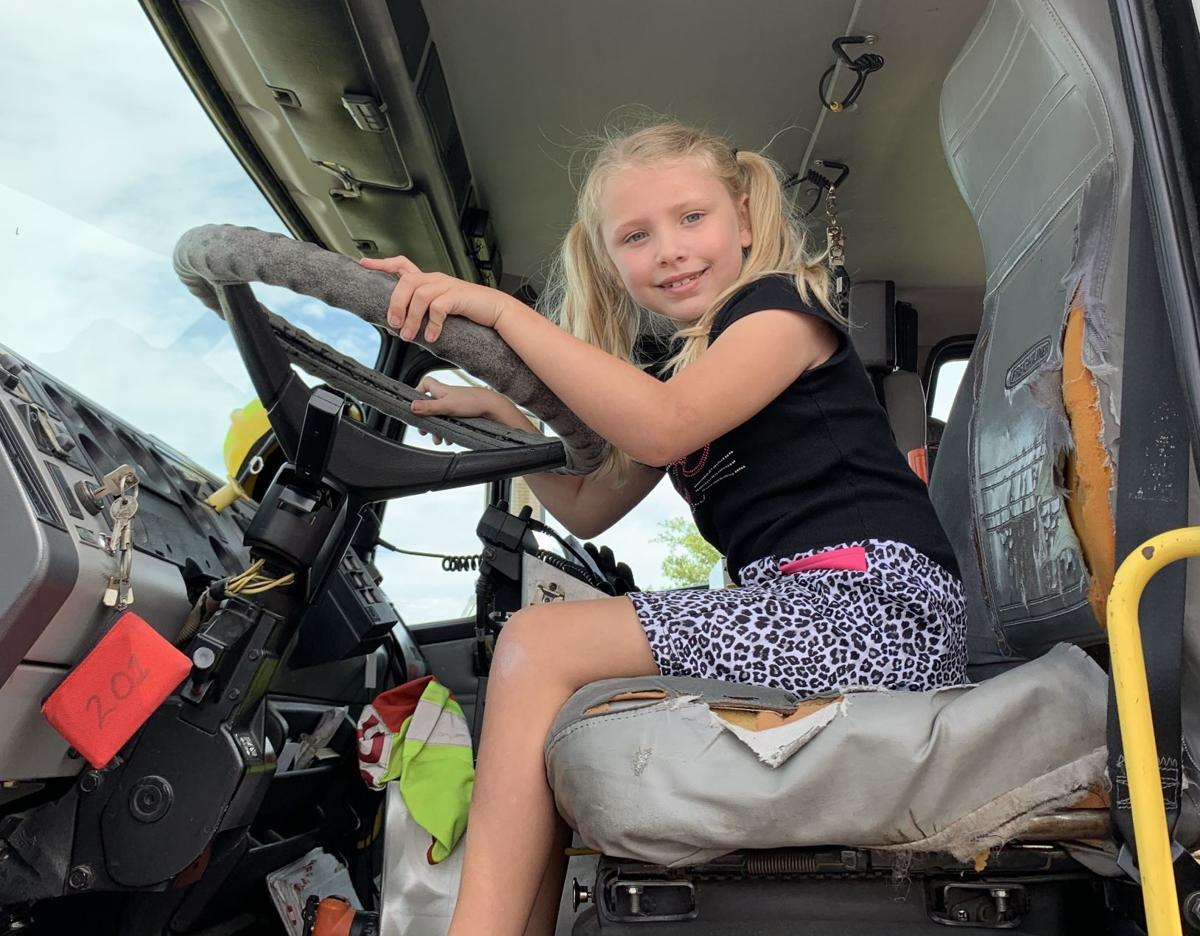 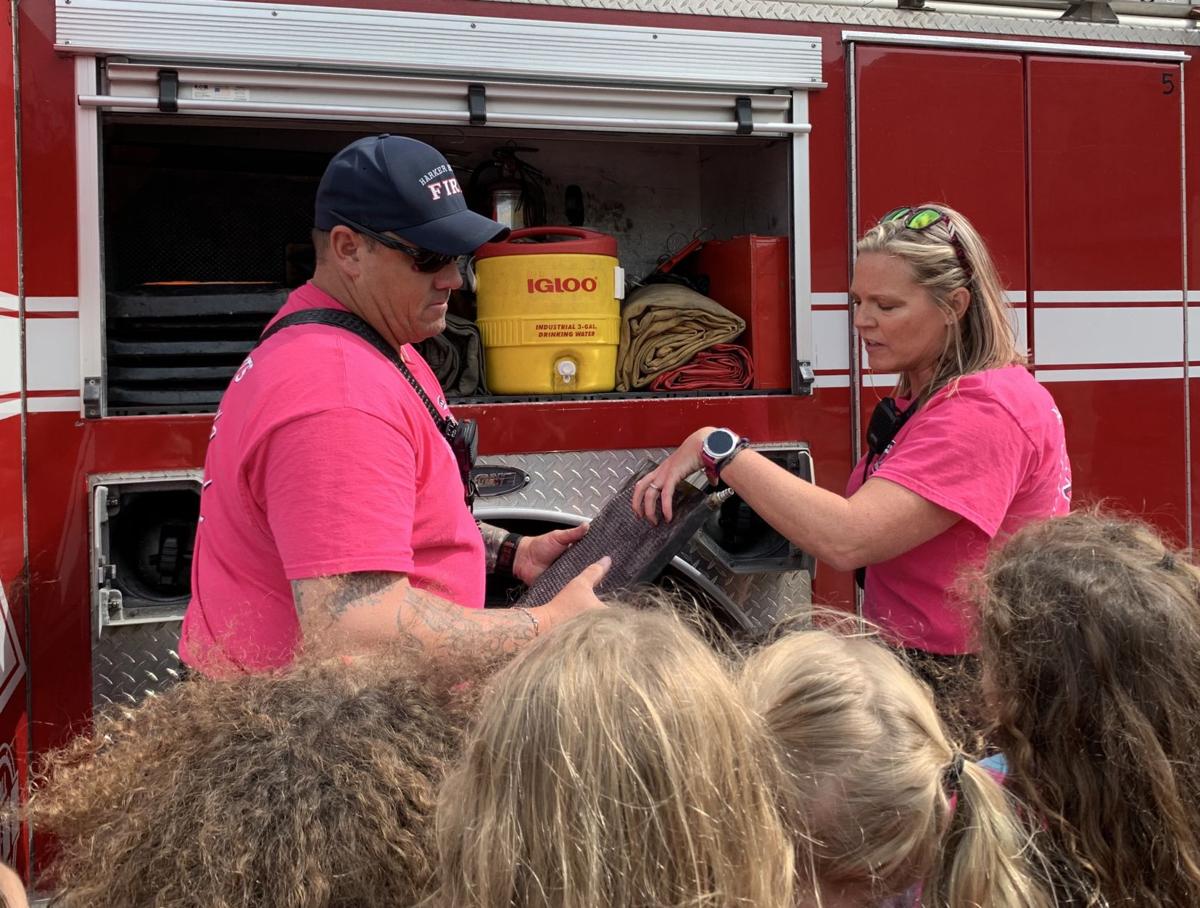 The Homeschool Club was treated to a fire safety program at the Harker Heights Public Library on Wednesday morning, with almost 40 people attending.

The program is part of the Harker Heights Fire Department’s community outreach program and is something it holds annually in conjunction with the library.

Lt. Megan Leighman and firefighter/paramedics Jason Moore and Stuart Kiefer were on hand from the fire department to instruct the attendees about many different aspects of fire prevention and safety.

Moore said, “We’re teaching young children (that) if there’s a fire in the house, not to hide; to remind mom and dad to check the fire detectors; to not play with matches; to make sure they know the fire emergency plans; and how to properly use a fire extinguisher.”

Children’s librarian Amanda Hairston kicked off the day’s lesson with a nonfiction book, “Fire Safety,” by Lisa M. Herrington, which gave a quick introduction to fire prevention. She then introduced the three members of the fire department and the program began in earnest.

The first part of the program involved Kiefer demonstrating how the firefighters put on their gear.

Moore explained that it typically takes them less than 60 seconds to don everything, from the tops of their helmets to the tips of their boots, while Leighman explained each part of the uniform, including the oxygen tank and microphone. She made sure to tell everyone that, should they find themselves in a fire, not to hide, but to look for someone dressed like Kiefer.

Children were invited to come up to get a closer look at the uniform, and Kiefer was even given several hugs.

The second part of the program involved a fire simulator.

Moore explained, “We can program it to simulate different types of fires. It has sensors at the base, and it teaches them to point the extinguisher at the base of the fire and use a sweeping motion to put the fire out.”

Everyone was given a turn with the simulator before heading out for the third part of the program, a look at the fire truck.

Children all first got a chance to sit in the fire truck’s seats, and were then given a tour of the truck’s parts by Leighman and Moore. They were fascinated by it all, most noticeably the different hoses and the “Jaws of Life.”

Once they had been given the tour and all questions had been answered, the children were (reluctantly) let go for the day.

Hairston said, “We wanted to engage our kids in learning about fire safety and we did that through the Harker Heights Fire Department. We feel very strongly that they do the best outreach, and they are the best with the kids — they are so patient, and they answer all the questions. They respond so well to them (the kids), and the kids learn so much.