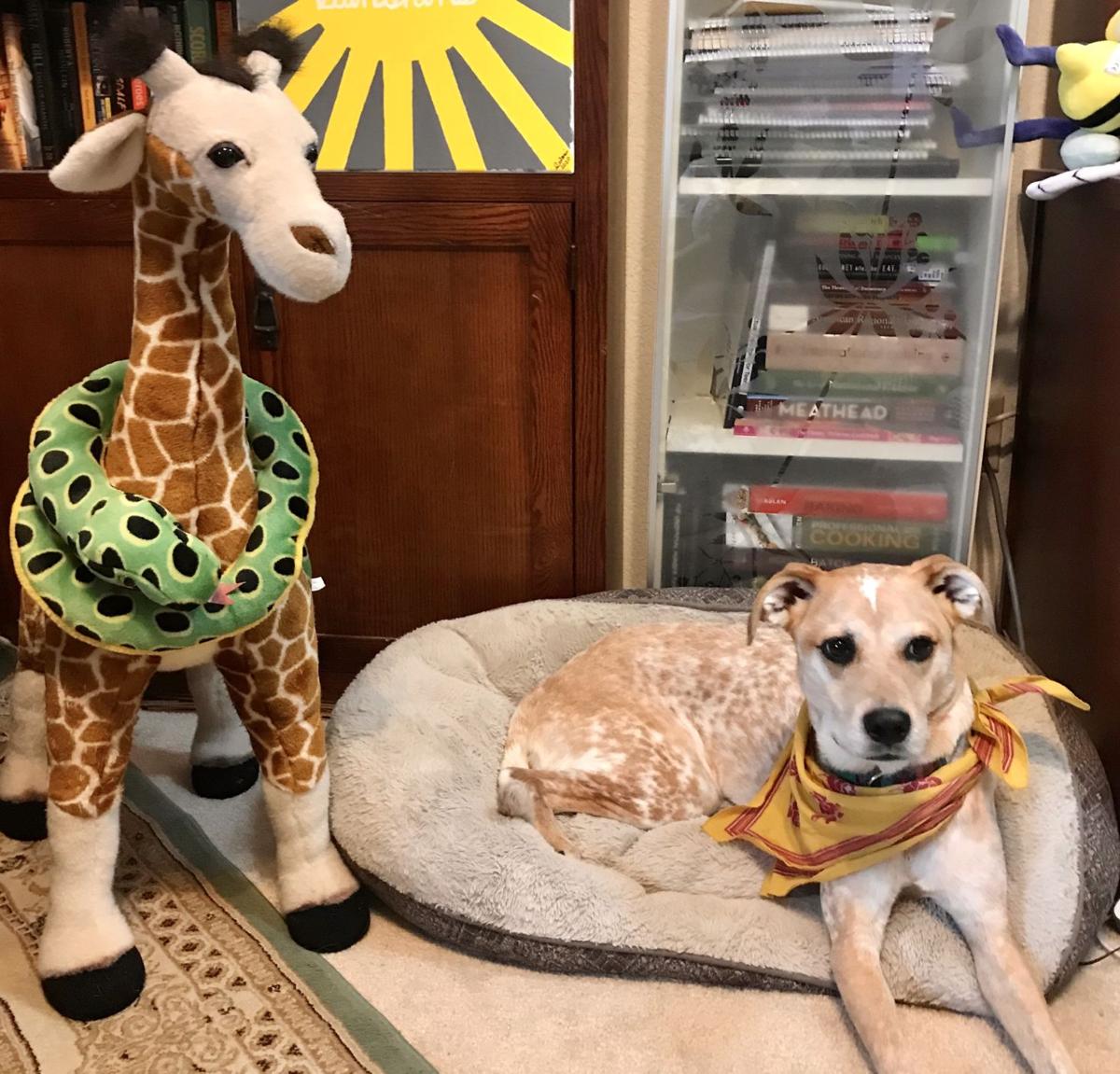 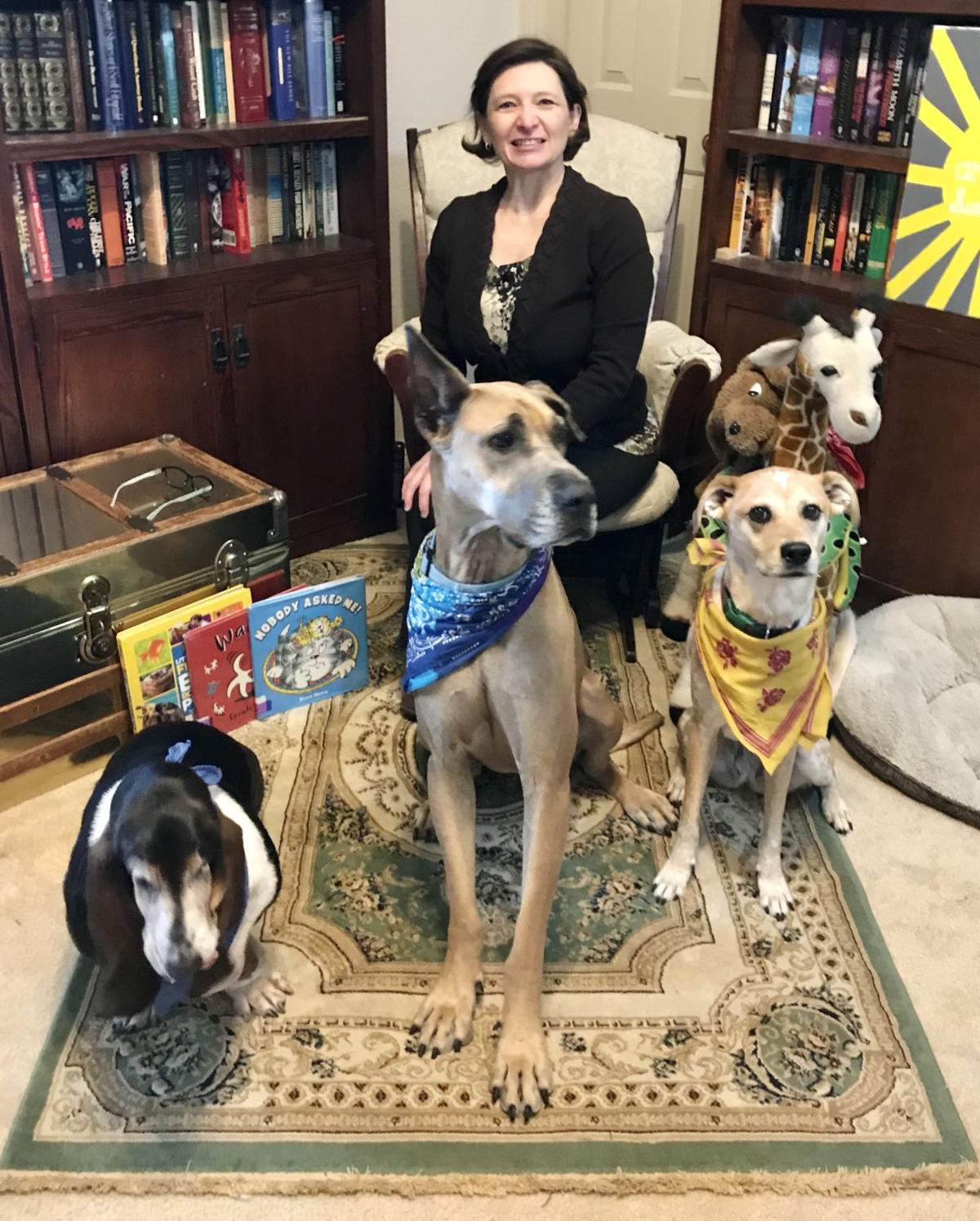 “This morning I am here with all of my dogs,” Youngblood said by way of an introduction. She then introduced Nora, a basset hound; Lando, “We’re not sure (what breed he is), some sort of a heeler; and India Jane, a Great Dane. The canine trio would remain with Youngblood throughout the program.

Books read during the storytime were “Waggle!” by Sarah McMenemy, a picture book about caring for a new puppy, and “Animals Helping at Work” by Ann O. Squire, a nonfiction book which discussed different animals and the jobs they do.

“There are animals like mine who are pets who help occasionally, “Youngblood explained, “but there are also animals who have big jobs and they do them all the time.”

Youngblood also talked a little bit about what one needs to maintain a pet, such as providing food, having a crate for transportation, having toys, and importance of having a veterinarian. “It’s a big responsibility,” she said.

The song of the morning was “How Much is that Doggie in the Window,” which was adapted and sung several times to accompany the many animal puppets Youngblood had on hand (she would call this the “Parade of Pretend Puppet Pets.” “Puppy” was changed to “bat,” for instance, as well as spider, raven (“Birdy”), and even “dragon.”

“I also have real cats,” Youngblood said, and ended the program with the book “Nobody Asked Me!” by Steve Henry, a story about the introduction of a new kitten into a home with an established cat.

India Jane loved the different puppets, sometimes mistaking them for her own toys.

Nora joined in for the reading of the first story; when Youngblood said,” Woof,” she lent her more authentic bark to the telling. Lando for the most part stayed on her dog bed during the program, content to just be near her mistress.

“I thought it was hysterical!” Youngblood said of the pets’ antics. “I will feature my dogs again at some point.”

Pet Storytime, as well as the library’s other virtual programs, can be viewed on the library’s Facebook page at https://www.facebook.com/pg/harkerheightspubliclibrary/posts/