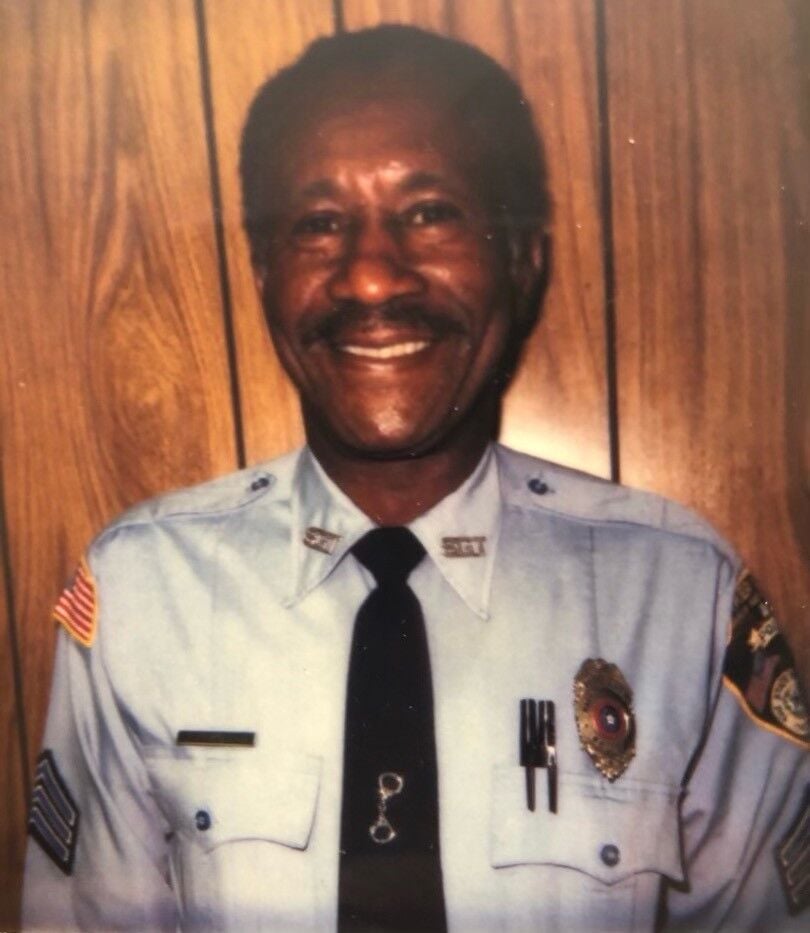 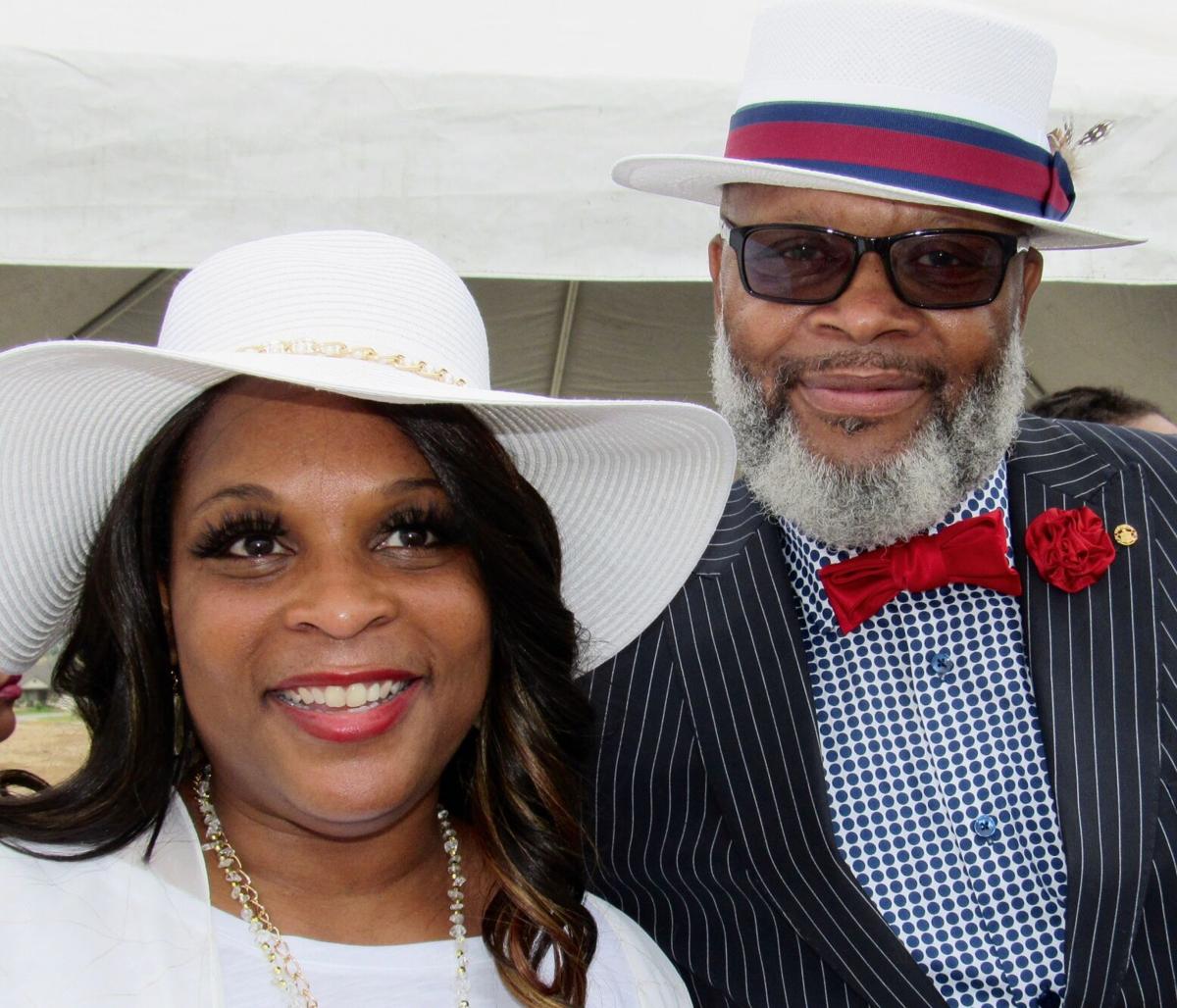 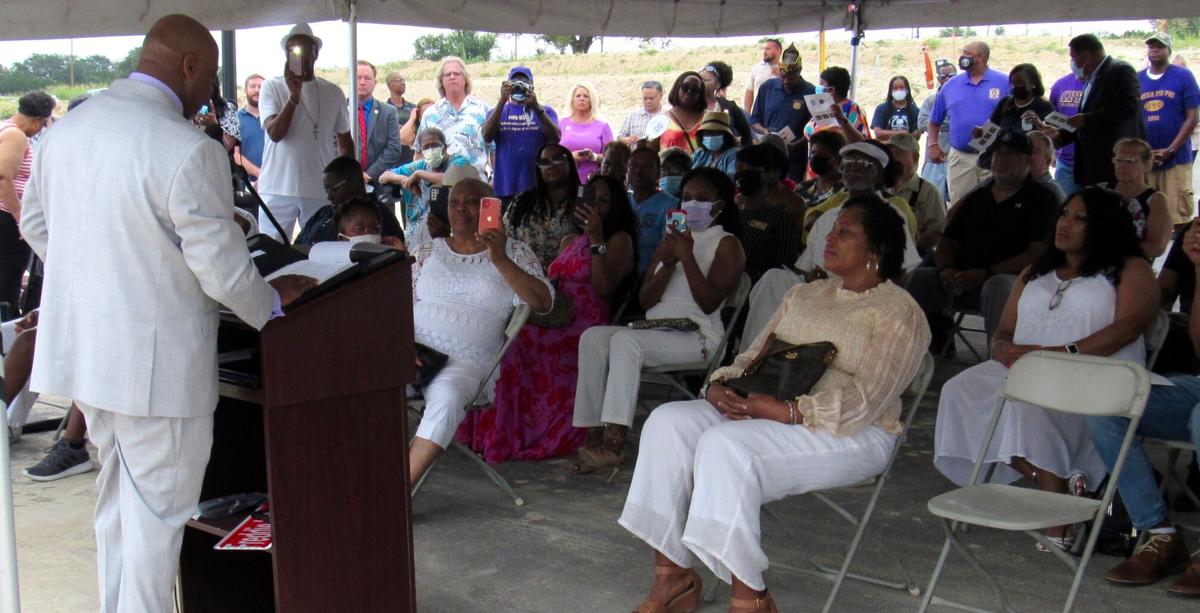 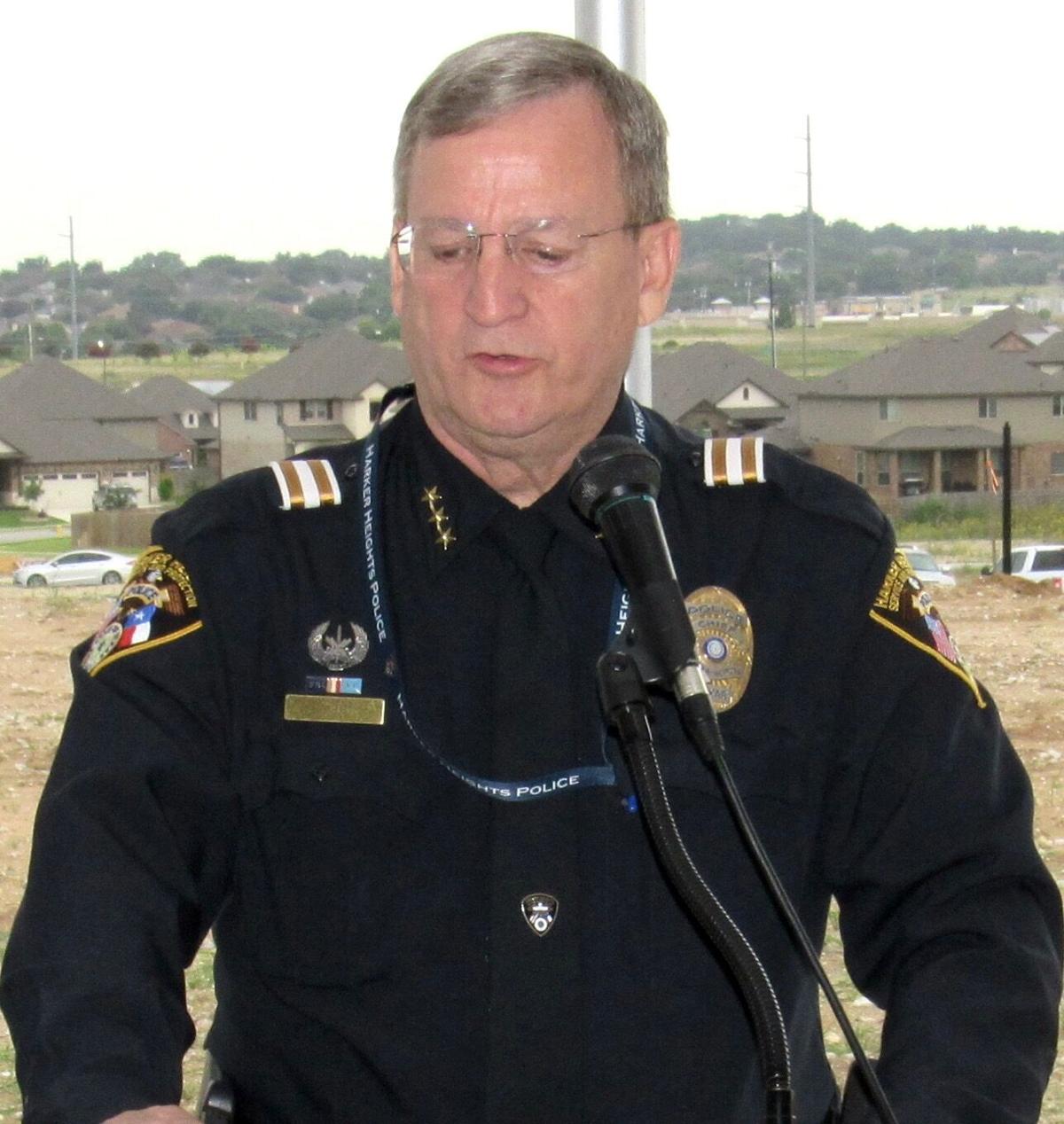 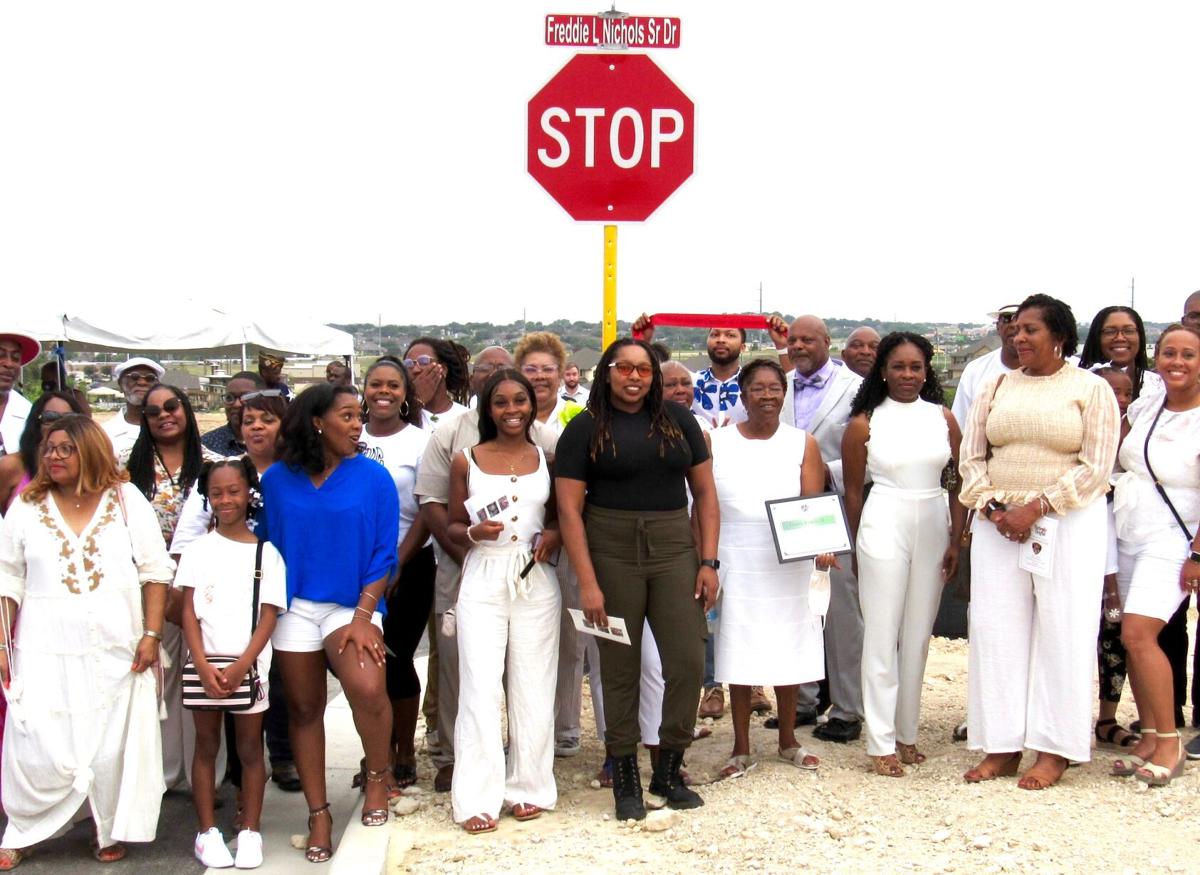 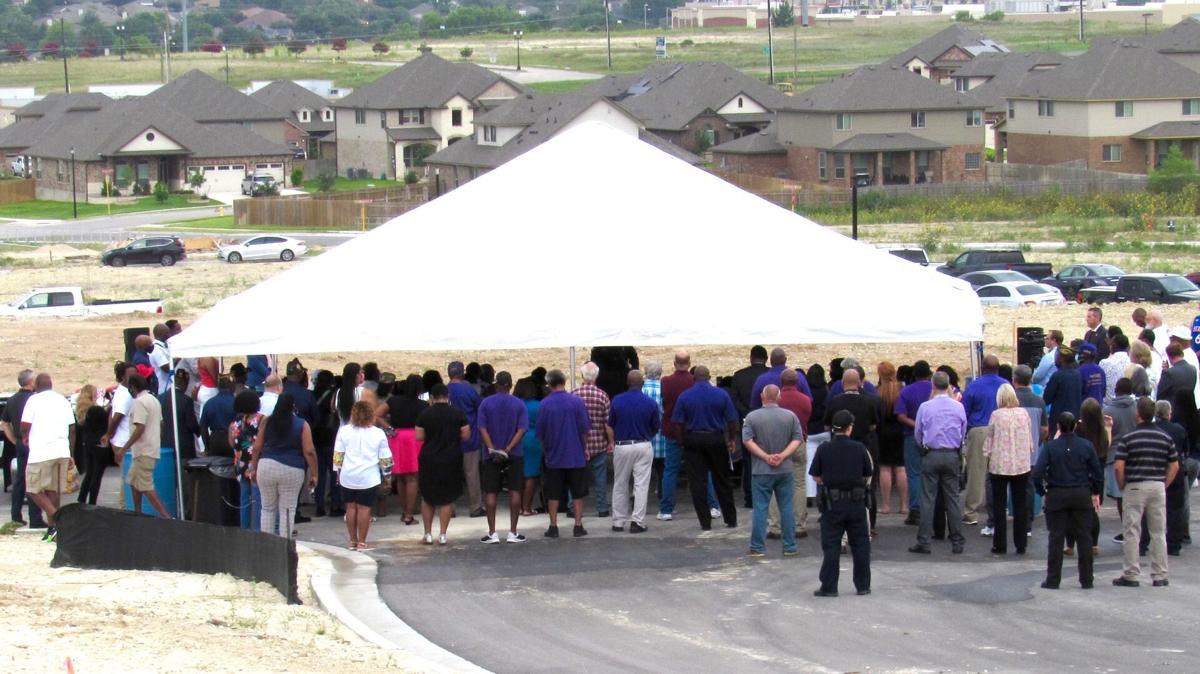 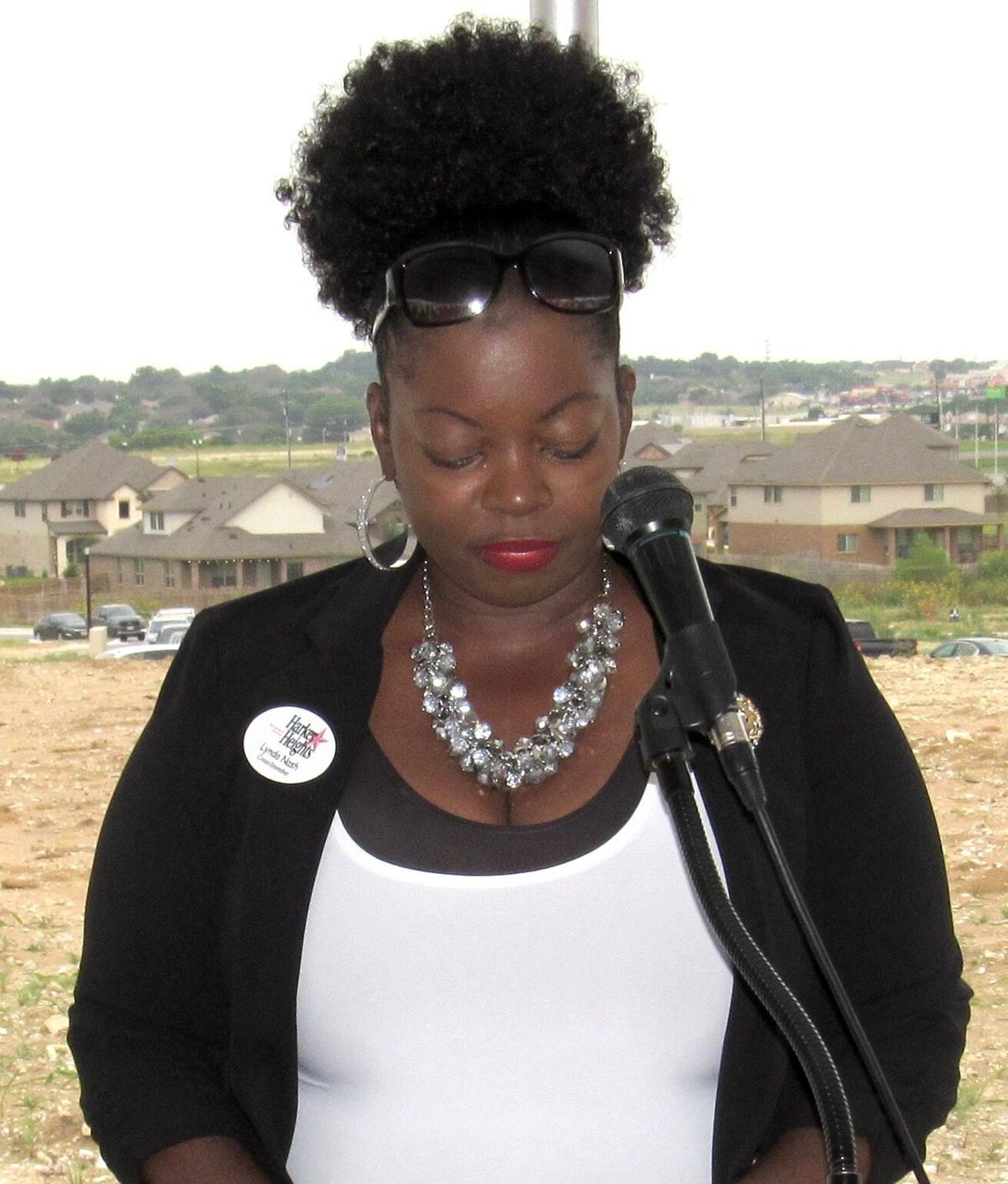 The legacy of the first African-American police officer in the Harker Heights Police Department, Freddie L. Nichols Sr., was celebrated Wednesday during a street-naming dedication ceremony, sponsored by the City of Harker Heights and HHPD.

Nichols served the community as a police officer from 1972 to 1985. He was a U.S. Army veteran and served 24 years in the military prior to becoming an HHPD officer.

He was recognized by the State of Texas as an historical figure in law enforcement.

A large crowd gathered with the reportedly 55 members of the late Nichols’ extended family at the intersection of Freddie L. Nichols Sr. Drive and Cesarina Street within the Cedar Brook Ridge subdivision in southeast Harker Heights.

Born in Mississippi in 1929, Nichols or “Sergeant Nick,” as he was known, left his home state and according to his family completed tours in Korea, Germany and Vietnam, as well as numerous other military assignments within the United States.

His last active-duty assignment was at Fort Hood, where he served as a military police officer.

Harker Heights Parks and Recreation Director Jeff Achee, in his opening comments thanked W.B. Developers, whose leadership and insight not only brought the Cedar Brook Ridge Subdivision to Harker Heights, but also was instrumental in selecting the location for Freddie L. Nichols Sr. Drive within the confines of the subdivision.

Mayor Smith said, “As I began to think about what I would say this morning, three things surfaced; service to country, service to community, and the legacy he left behind.”

Buckley said, “Back in 2019, I had the privilege of offering and passing a formal resolution on the floor of the Texas House of Representatives recognizing the contributions of the life and legacy of Freddie L. Nichols Sr. The additional privilege was to present those resolutions to the family — and there were lots of them.”

Buckley brought laughter to the crowd when he said, “It set a record in our office.”

Lynda Nash, the Place 4 Harker Heights City Council member, shared memories of Nichols by saying, “As I recently listened to a speech by the late Martin Luther King Sr., he asked the question ‘What is your life’s blueprint?’ It made me wonder if Officer Nichols had any idea of how significant his life’s blueprint would become when he joined HHPD.

“When I was 4 years old, the Harker Heights Chief of Police decided to hire Freddie Nichols Sr., a retired African-American and Army veteran, as an officer with the HHPD.”

Carl Nichols, the sixth child of 13, spoke to the Herald after the ceremony. He brought his wife and daughter with him from Orlando, Florida, to honor his father.

He said, “This is just amazing on so many levels. I don’t have the words to describe how happy I am right now!”

The son of Freddie L. Nichols Sr., Freddie Nichols Jr., also a Killeen resident, then shared comments on behalf of the Nichols family, thanking the crowd for attending.

The ceremony ended with a street sign dedication sponsored by the city and a ribbon cutting by the Harker Heights Chamber of Commerce at the corner of Freddie L. Nichols Sr. Drive and Cesarina Street.