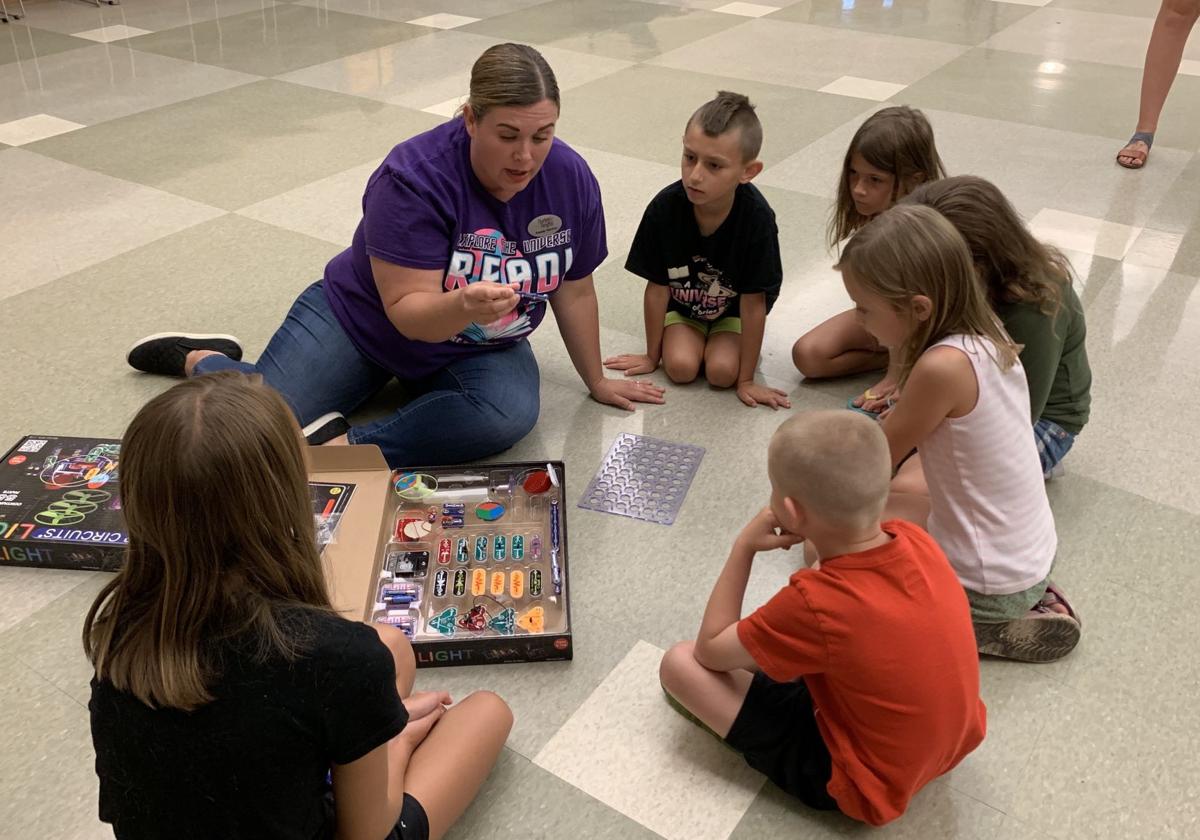 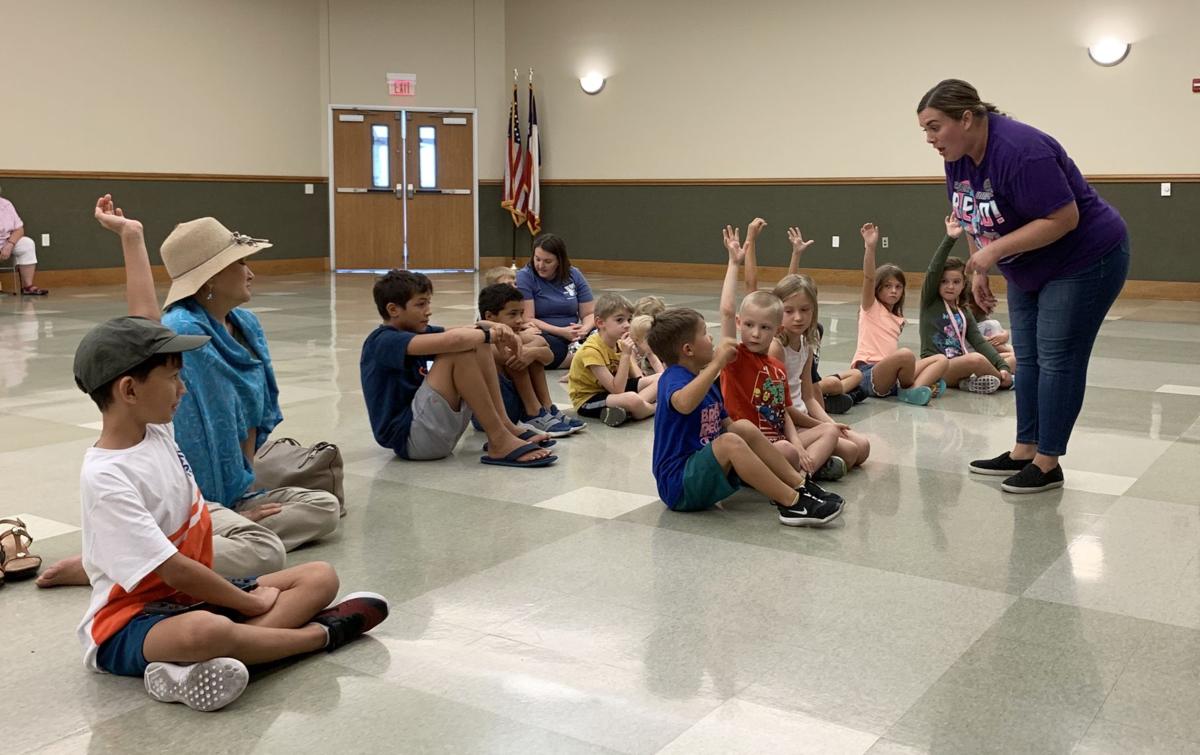 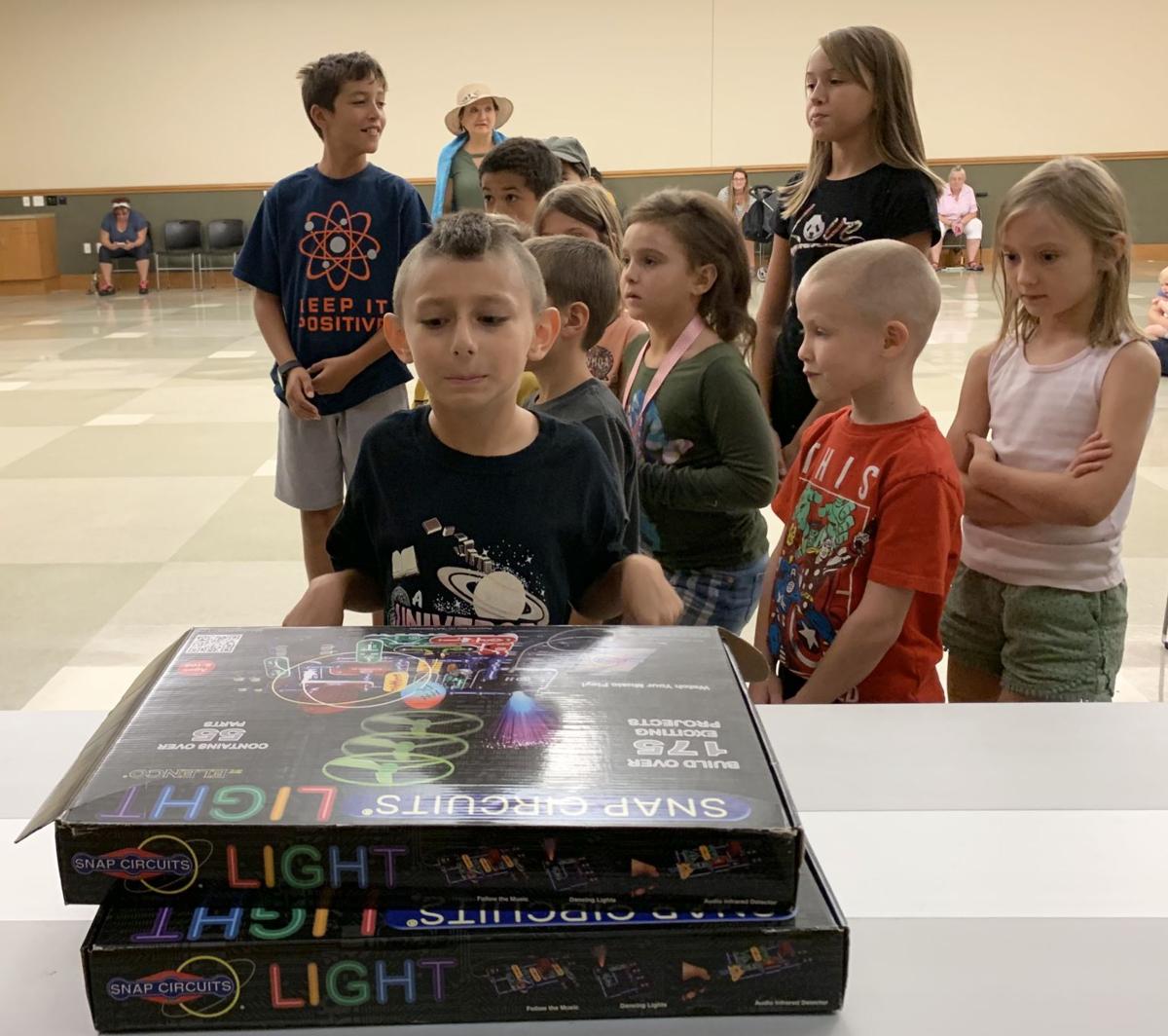 Stellar Science Club at the Harker Heights Public Library has been a big hit over the summer, giving hands-on activities for science-lovers ages 5 to 12.

With the new school year beginning next week, Wednesday’s hourlong program was the last of the summer, and the last lesson was over electricity.

Hairston said of the day’s lesson, “We know how to channel electricity …We know how to use it, how to manipulate it, but we don’t know what it (really is). That’s why we use the kits. They (the kids) can see how it flows, how we harness it and use it.”

This is exactly how she approached the club’s participants.

She asked the gathered 14 children what we use electricity for, and answers varied from lights to cars to refrigerators.

She then read them a short book that presented basic facts about electricity, such as it moves through some matter like metal (though not rubber), moving magnets can create electricity, and batteries use chemicals to create it.

Hairston also briefly touched on circuitry. She explained that the word sounds like “circle,” and when the circle is together, it creates a closed circuit through which electricity flows. When it is open, or broken, the circuit becomes broken and flow is disrupted.

At this point, children were broken into groups to explore circuitry on their own. Younger children went with Dawson and library youth health and program coordinator Destinee Barton. Older children were split between Hairston and volunteer Maddie Garrison.

The children were given books with easy-to-follow diagrams for creating circuits that would ultimately operate lights and even make small motors run.

However, there was one smaller group of boys that decided to take their experimenting in a different direction, and managed to get creative, to boot.

Eight-year-old Keyaan Gabier and brothers Elias and Xander Paschall (ages 10 and 8, respectively), liked the look of the intricate circuitry on the cover of the booklet, so instead of following the blueprints inside the book, they jumped right into attempting the much more difficult experiment. Keyaan said with a big smile, “We’re just copying the (front) page and hoping for the best.”

Eventually, they wearied of this method, so they delved into the booklet to find a blueprint they could try. Again, instead of starting with something easy, they went to project number nine, another more intricate design, which they dubbed, “The Death Machine” (they felt it deserved a cool name).

Alas, the boys never did get to see if they could make it work, but only because of time constraints; it was time to clean up and put the kits back together before they got a chance to test it. They did have great fun together combining their creativity with the science, and were disappointed that the hour ended so soon.

Hairston said it was good for them to see they needed the blueprints.

“They do have to follow a plan. If (the circuit) is going the wrong way or is hooked up incorrectly, it won’t work.”

However, Hairston said that ultimately their lack of following one of the preprinted plans wasn’t an issue.

Science Club for the regular school year is a half-hour program every Wednesday afternoon beginning at 4:30 p.m.