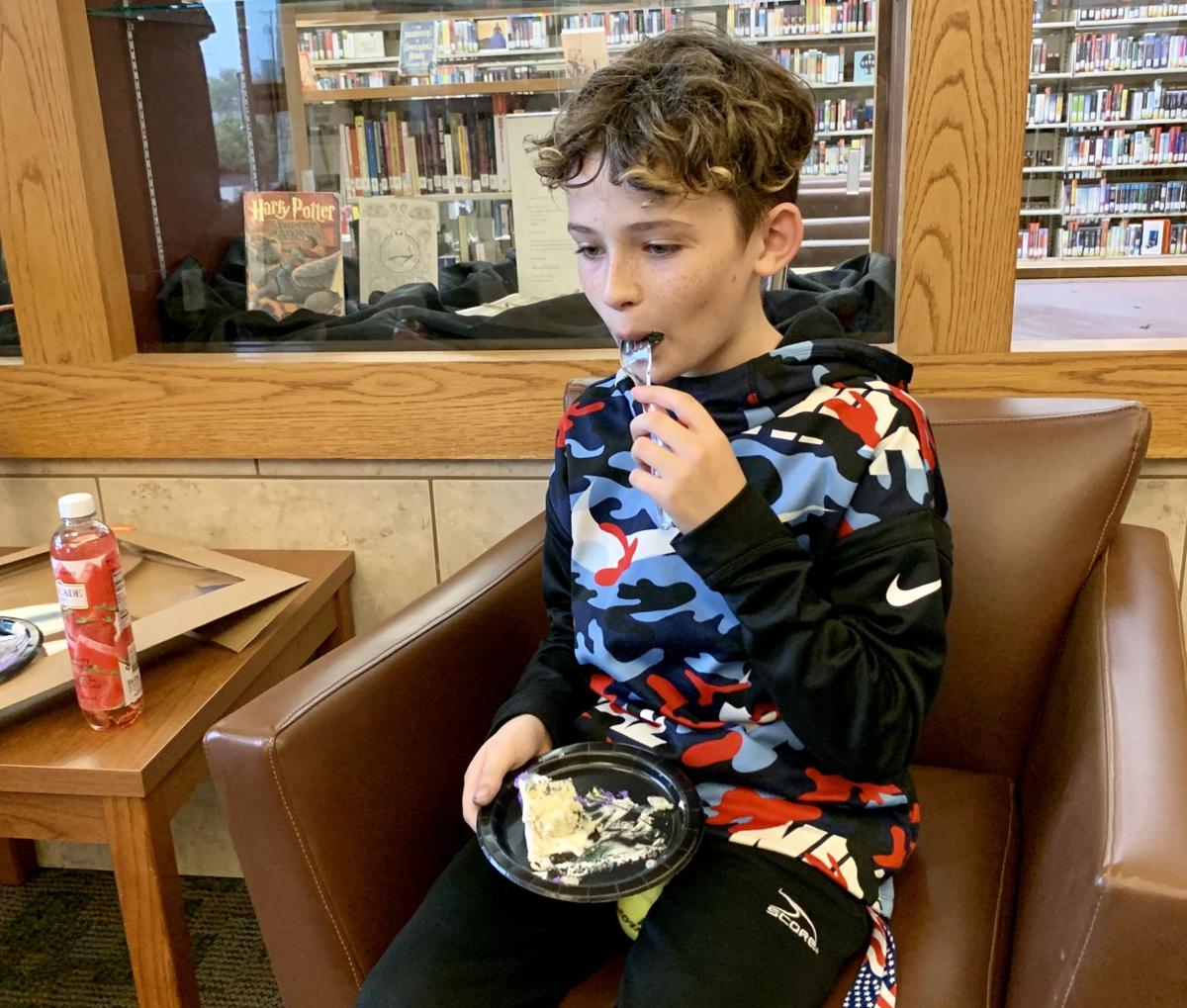 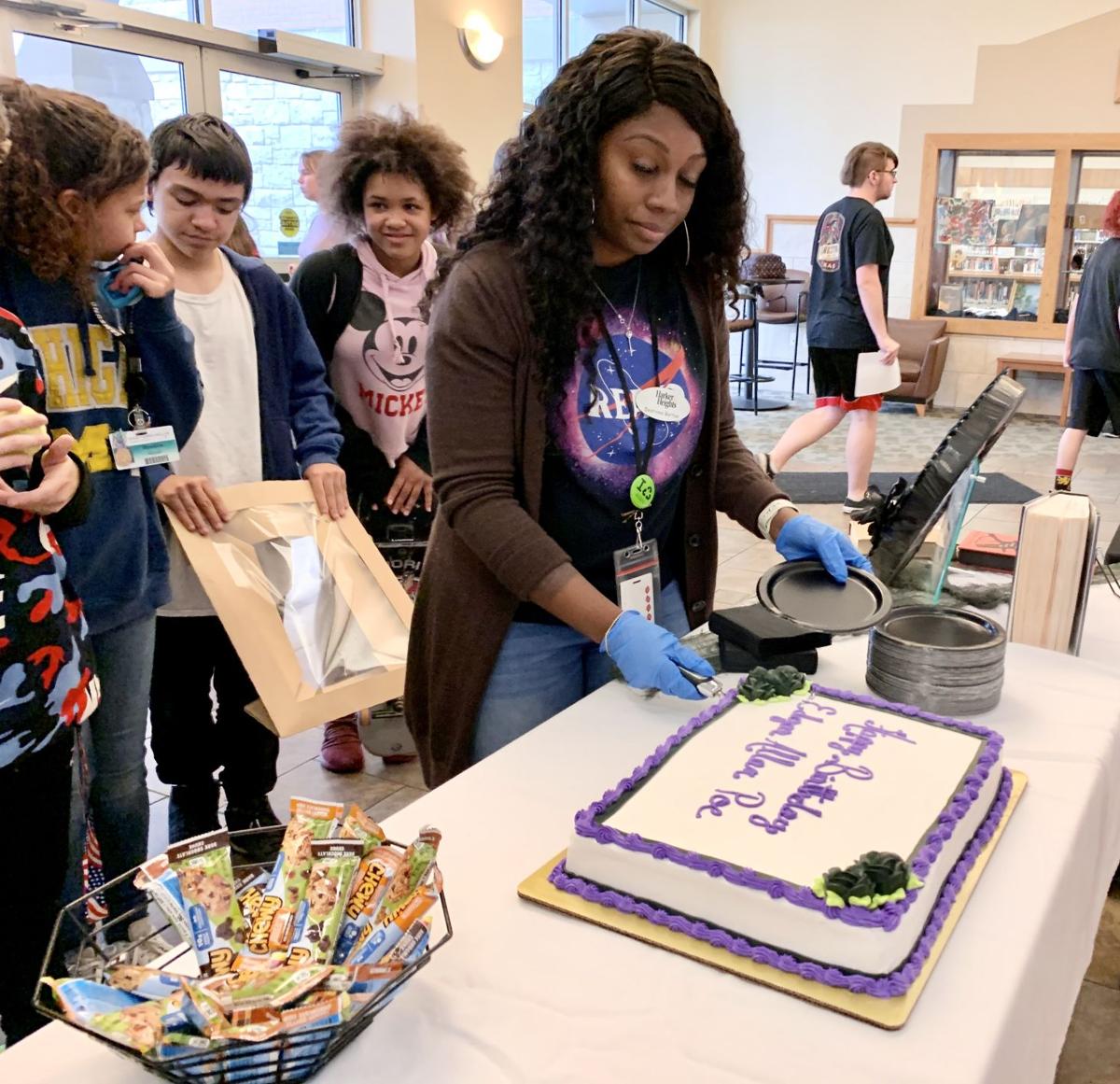 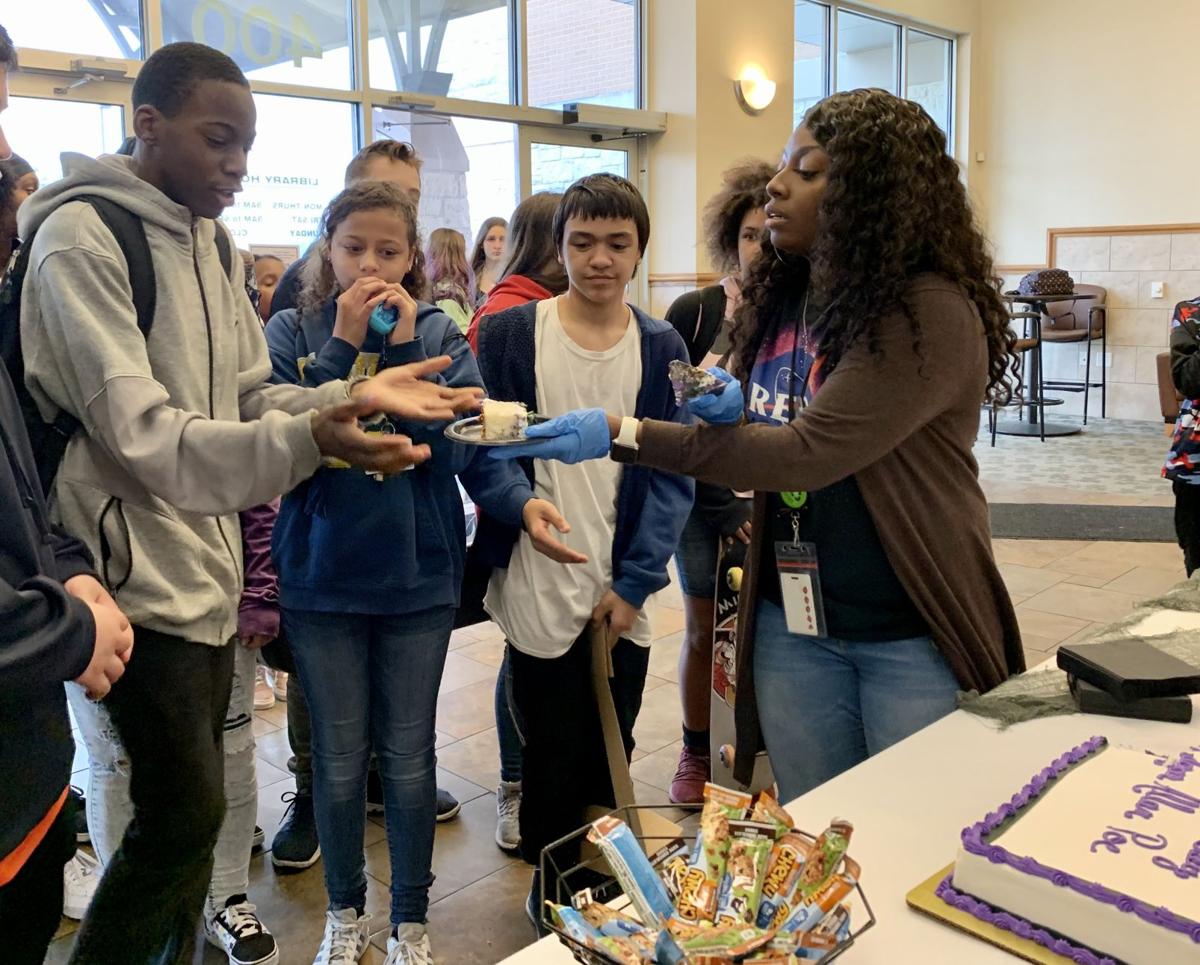 Edgar Allan Poe, father of the mystery novel and most known for his poem “The Raven,” turned 211 on Sunday, Jan. 19, and to celebrate his birthday, the Stewart C. Meyer Harker Heights Public Library held an old-fashioned cake-cutting for Eastern Hills Middle School students.

“And the public, as well,” added youth health and program coordinator Destinee Barton. “It’s also celebrating everyone’s birthday for the year, since January is the first month of the year.

“We do this every year,” Barton said.

Seventy people turned out for the event — about 60 of them students — who all got to enjoy the cake, cut by Barton, as well as mini cupcakes, granola bars and flavored sparkling water.

Seventh-grader Rzeih Talbert may not have known exactly who Poe was at first, but upon hearing Poe wrote “The Raven,” he said, “I heard that before! I just didn’t know that was him.”

Eighth-grader Laela Sanchez, on the other hand, was quite familiar with Poe and his works.

“I remember the first time I read through (“The Masque of the Red Death”). I fell in love with it because of how dark it was and I really like how detailed he put his words.”

A lover of horror and mystery, Leala is perhaps following in Poe’s footsteps — she already writes short stories, which she puts online.

Edgar Allan Poe was a pioneer in the literary world; “The Raven” published in 1845, made him world-famous.

As well as being the father of the mystery novel, he was also one of the earliest writers of science fiction, he transformed the horror genre, and was an editor and literary critic.

Poe died in 1849 at the age of 40 under mysterious circumstances which are still debated to this day.

Just as mysteriously, every year on Poe’s birthday since 1849, a man dressed head to toe in black with a wide-brimmed hat and white scarf leaves three red roses and a half-full bottle of cognac on his grave.

This mysterious stranger pours himself a glass from the bottle of cognac and recites a short toast, then leaves his offerings along with a brief note (one simply read “Edgar, I haven’t forgotten you”) before leaving.

No one knows who the “Poe Toaster” was, and no one ever tried to unmask his identity; it became a tradition to simply wait and watch him perform his ritual to honor Poe.

The Heights library’s tradition to honor Poe is to hold a cake-cutting for his birthday, something that both students at Eastern Hills Middle School and library staff look forward to every year.

Thirteen-year-old Emmanuel Mingo said of the event, “It was really good.”

“I like that we’re able to do something for them,” Barton said. “To be here for them ... is amazing.”