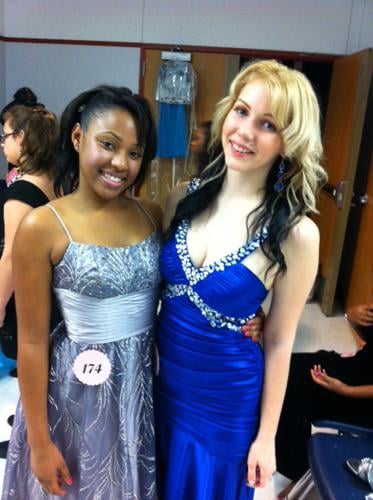 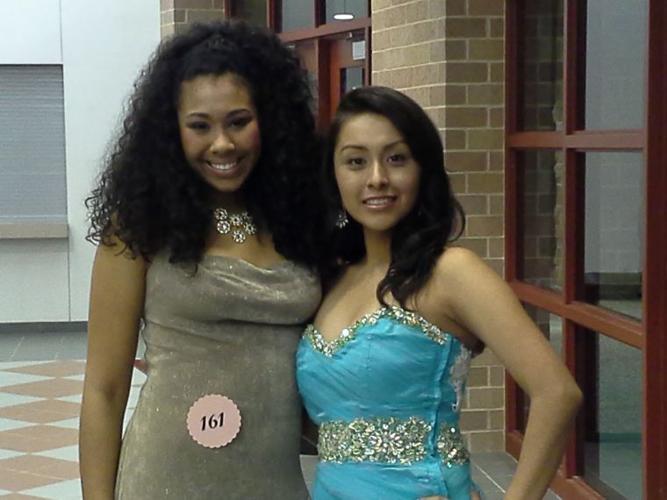 Morena Redmon, left, Harker Heights High School senior, poses with a new friend before taking the stage at the 2014 Miss Austin/Waco on Sunday.

Morena Redmon, left, Harker Heights High School senior, poses with a new friend before taking the stage at the 2014 Miss Austin/Waco on Sunday.

Although neither of them took home the coveted crown of 2014 Miss Austin/Waco Sunday, Morena Redmon, 18, and Serena Rubio, 16, said they gained much more than a glittery tiara, title and sash.

First-time pageant participant Morena was a top 10 finalist out of 102 girls in her age category.

When they called her number, she said she had to do a double-take because she was so shocked.

“She had fun, met lots of new friends, and it really helped her to increase her confidence,” said her mother, Chonita.

While she didn’t win the all-expense-paid trip to the nationals in Orlando, she is qualified to compete at nationals and her entry fee is paid since she was a top 10 finalist.

“Going into it I didn’t know what to expect and I thought everyone was going to be really competitive and mean,” Morena said. “It was actually really fun and I met a lot of new and interesting people.”

Her main goals going into the contest were to challenge herself and overcome her fear of being in the spotlight, and by the end of the weekend she could check both boxes.

“This experience really helped me build my confidence and made me more comfortable in my own skin,” she said.

Morena is contemplating whether or not she will make an appearance at the national pageant this summer.

For Serena, just making the cut to participate was enough of a victory. “At the very beginning it was very stressful, but once I stepped on stage it was all worth it.

“Competing in this pageant was a great confidence booster and I can see myself entering myself into more pageants in the future.”

Serena said her biggest takeaway from the experience was all the new friendships she made. “I didn’t expect to make friends. but we all bonded and exchanged numbers. Before contestants could strut their stuff on stage, each had to raise $495 in sponsorships. Oscar and Irene Allala; Mary and Dwayne Lisenbe; the Garage Door Company of Texas; Log Cabin Day Care; Dig Doug’s Bobcat Service; Underground Performance Gym of Waco and Nora Arreaga and family helped Serena to compete in her first pageant. John Reider Properties and Ron Carroll Surveyors in Temple sponsored Morena.