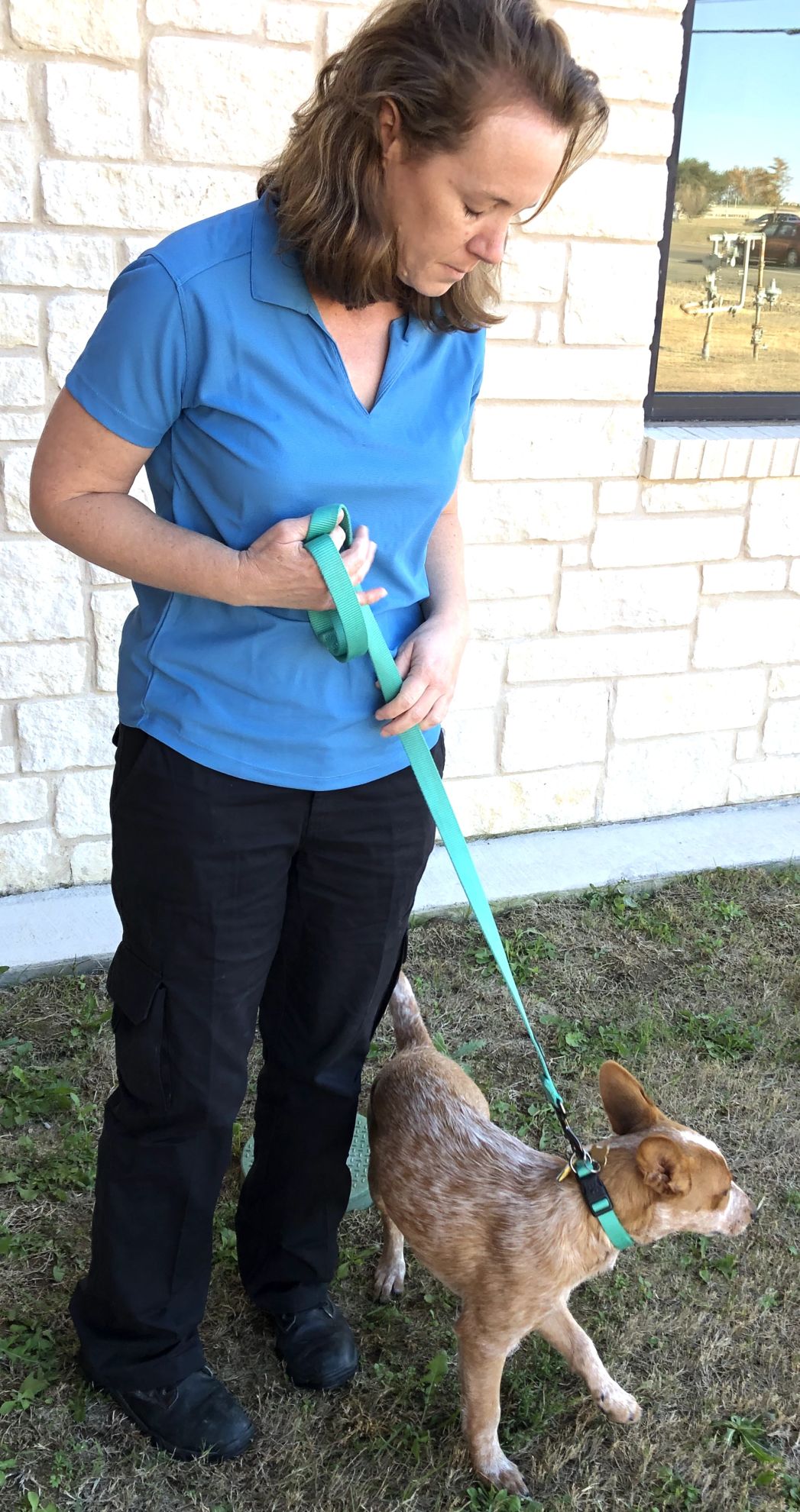 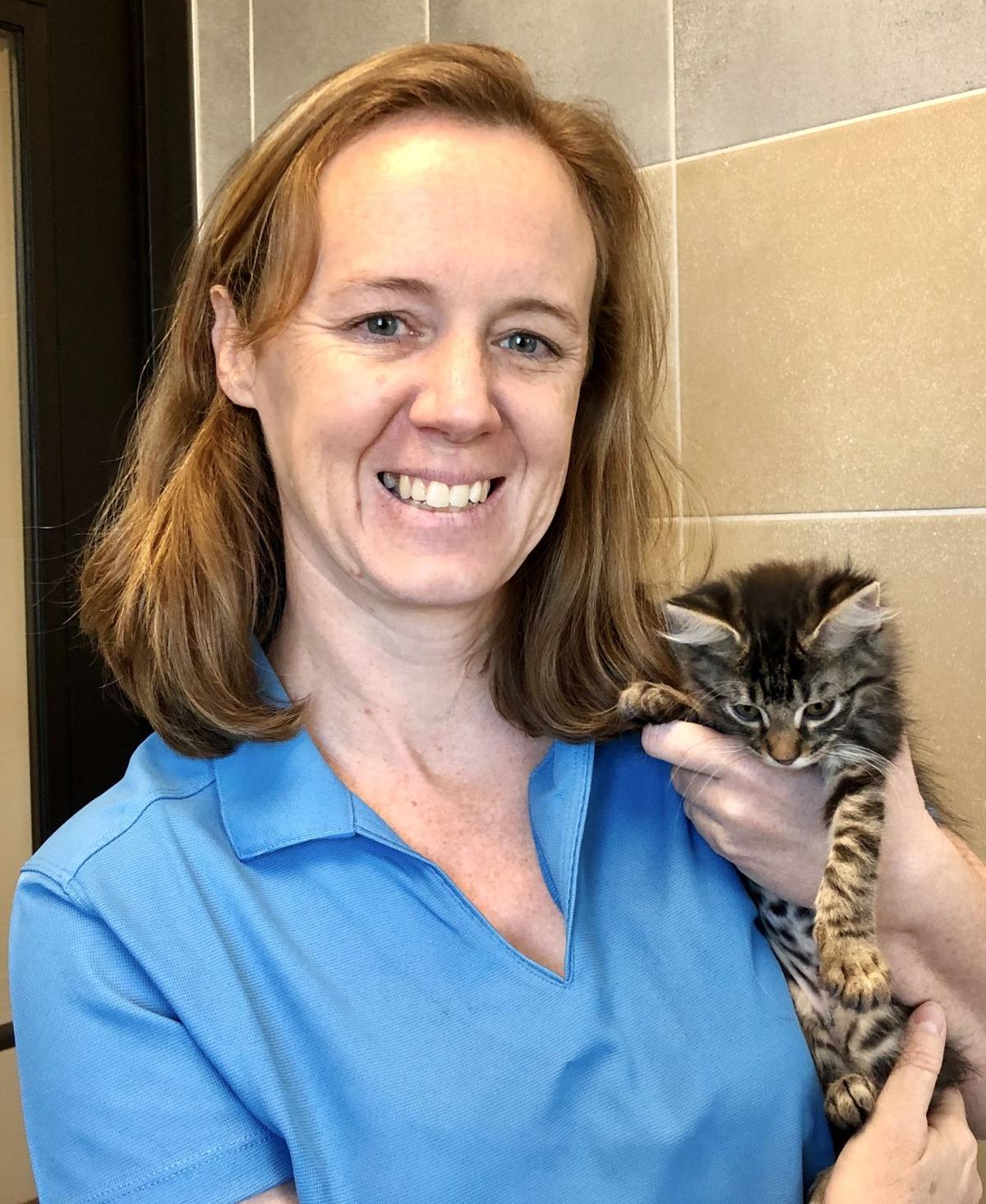 The story of Shiloh Wester is one of someone who goes to work for an organization doing a small job but over a period of time learns the ropes, climbs the corporate ladder to success and becomes the one who is selected as the frontrunner.

“I just hit my five-year mark as an employee of the city and that’s exciting,” Wester said.

She said her first job at the shelter was as an Animal Control Officer.

“I had no experience in animal control but have always worked with animals. Through high school and beyond, I worked in veterinary clinics and always imagined working in the field of veterinary medicine,” Wester said.

“Eventually I got married, however, and had kids — and that changed my plans.”

When her family moved to Texas, Wester managed to get hired by the adoption center. From there, she was promoted a couple of times and eventually to pet adoption coordinator.

That position developed into outreach and rescue networking in addition to reaching out to the community as a foundation of support.

“An animal control officer position came open and the leadership of the adoption center wanted someone to serve as a lead animal control person, which I accepted,” Wester said.

“They eventually offered me the position of shelter manager and I felt ready to take it on. City leaders told me that I was ready to fill the position even if I wasn’t so sure.”

Assistant City Manager Patty Brunson said, “Shiloh has such a strong sense of camaraderie, teamwork and communication skills. She was an obvious choice because of the care that she gives to the animals.

“The shelter was already in great shape and she will bring it to the next level and will continue with the opening of our clinic and doing outreach in the community.

“She has a heart for animals and it’s clear and obvious to everyone who walks in the door,” Brunson said. “We are very fortunate to have such a high caliber of employee working for us.”

There’s been a lot for Wester to learn besides just the manager side of the operation. There’s budget, finance, getting familiar with contacts outside of the shelter and lots of growth planned over the next few years.

“One thing that I really want to focus on is getting an outreach program started with the community where we can focus on trapping feral cats and offer those services here. It’s still in the works but it’s something I can see us offering in the future,” Wester said.

When she started her new job five years ago, it was prior to the building expansion and addition of the dog yard.

“We were still adopting out animals for $10 and there was a contract that had to be signed by the new owners,” Wester said. “They had to take them to get fixed, and make sure they were up-to-date on their shots.

“We weren’t able to do that in-house then but now we can take care of all that plus have them micro chipped, spayed and neutered, perform minor surgeries and are documented on site,” Wester said.

Brunson said, “People who visit the shelter now see the new addition as a worthwhile investment. They walk the halls and see the cozy little beds or a box for cats to hide in. We’re also trying to get the dogs off the floors and provide blankets and toys for them. They can see that the animals are much happier and not as stressed.”

The shelter operates with two part-time veterinarians and depending on what the animals need they will be sent to area vets who have agreed to assist us.

“The support from the community has been amazing. Our staff could never meet the demands without our army of volunteers and supporters,” Wester said.

“Starting at the ground level has made me a better supervisor because I’ve been able to see and experience all the levels of responsibility,” Wester said.

“The advantage for Shiloh is that she started out as an animal services officer and was then promoted to an animal protection officer. She has learned how to testify in court on animal abuse and neglect cases. That is a great advantage that’s being brought to the position of manager. You understand the interworking of the shelter and how it is to bring a case to court to protect an animal. She is very well rounded in all aspects so from the leadership perspective she understands levels of the position and this will make her a more effective leader.”

Wester is looking forward to her next chapter with the adoption center.

“This is all very exciting and I’m looking forward to what we can offer in the future,” she said.