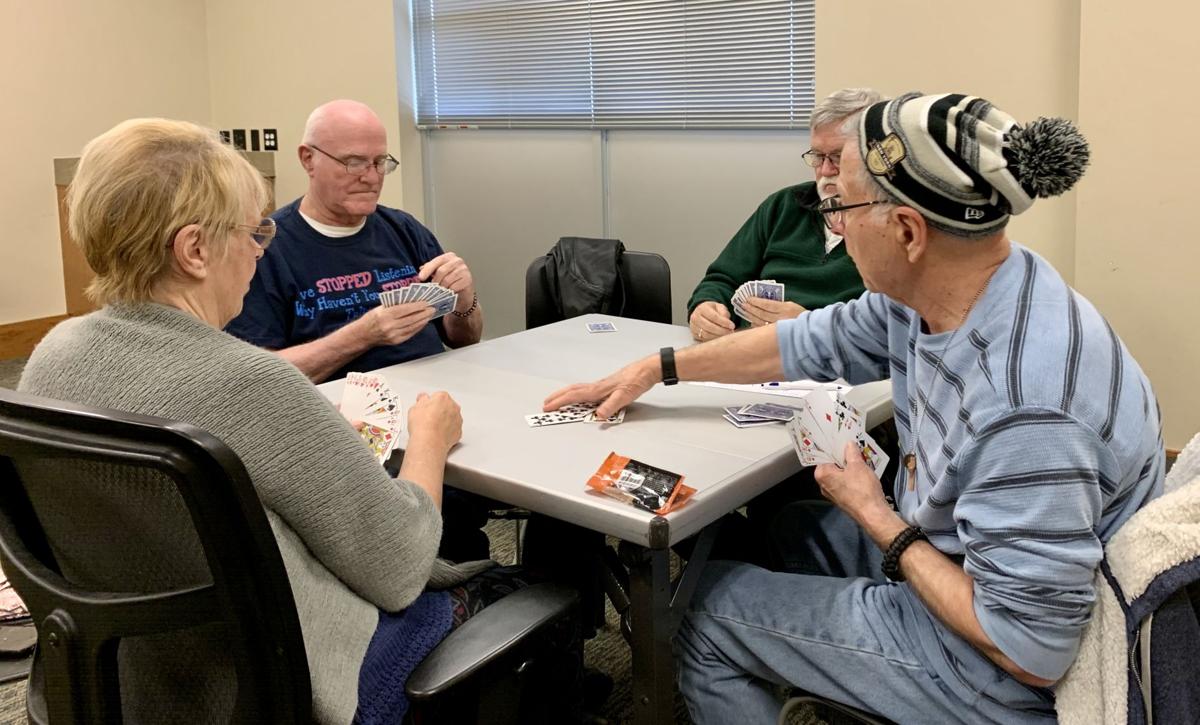 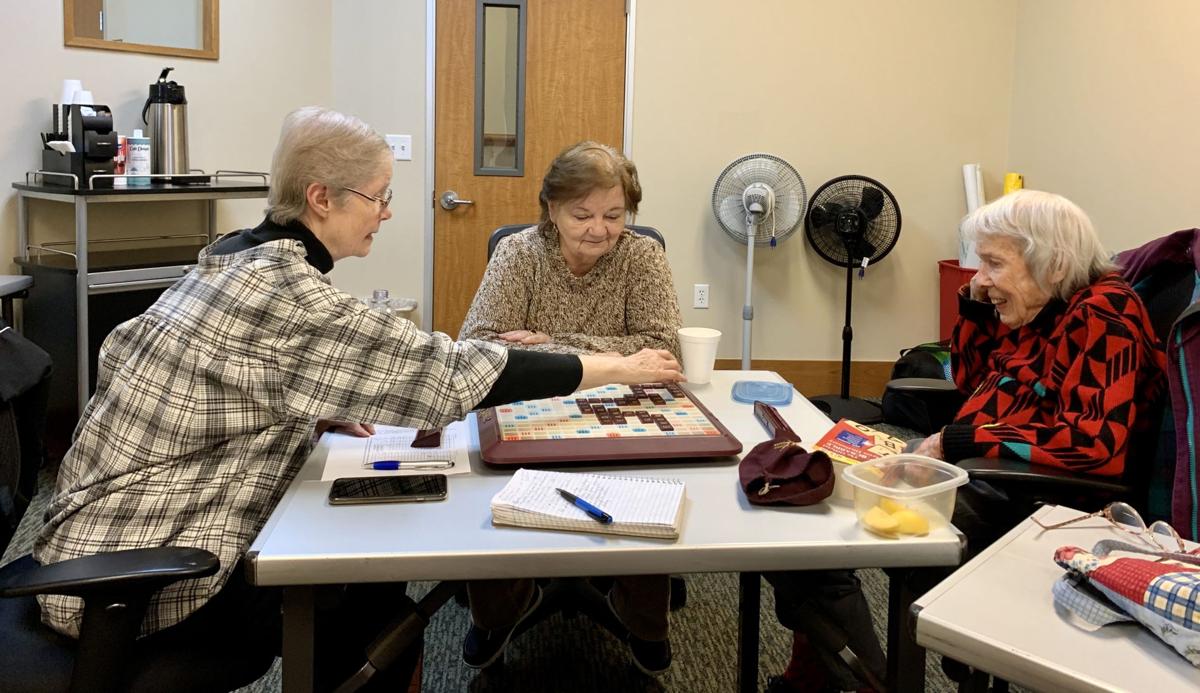 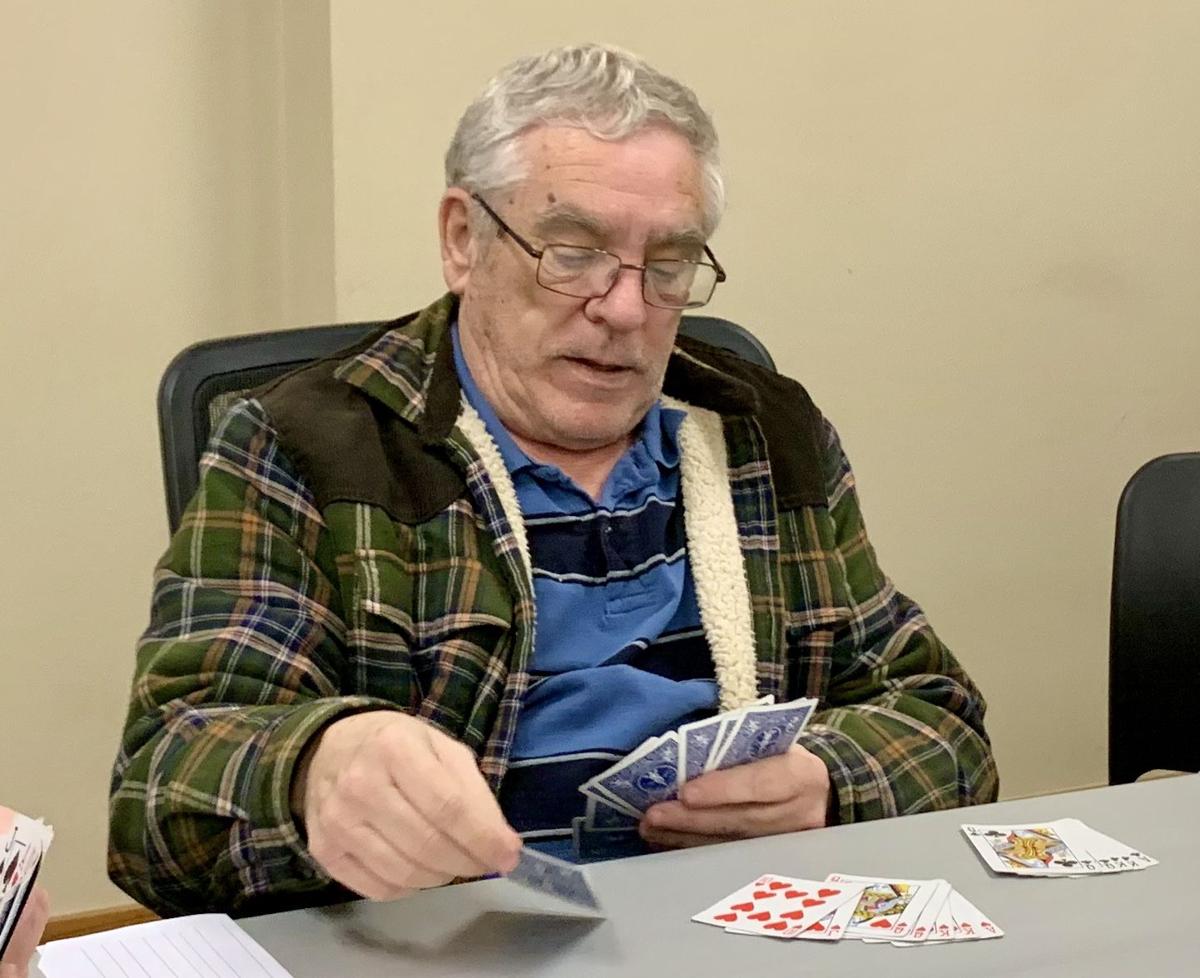 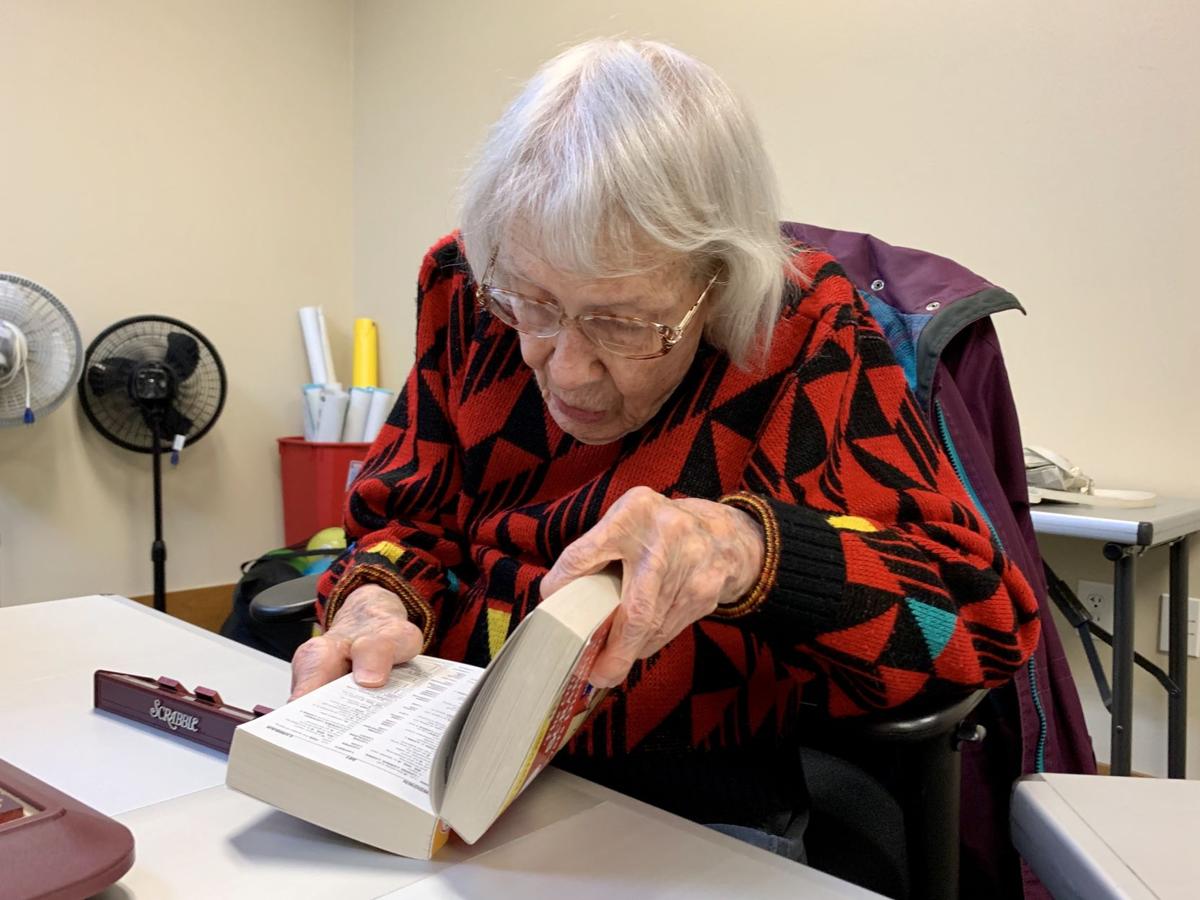 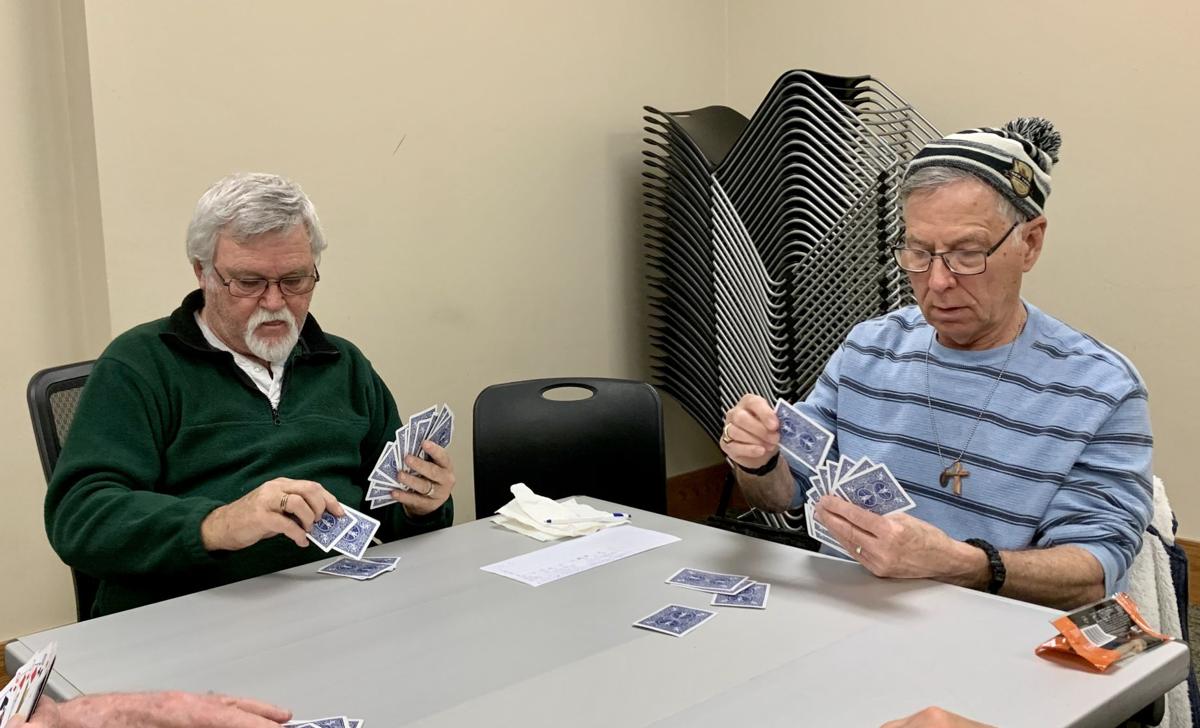 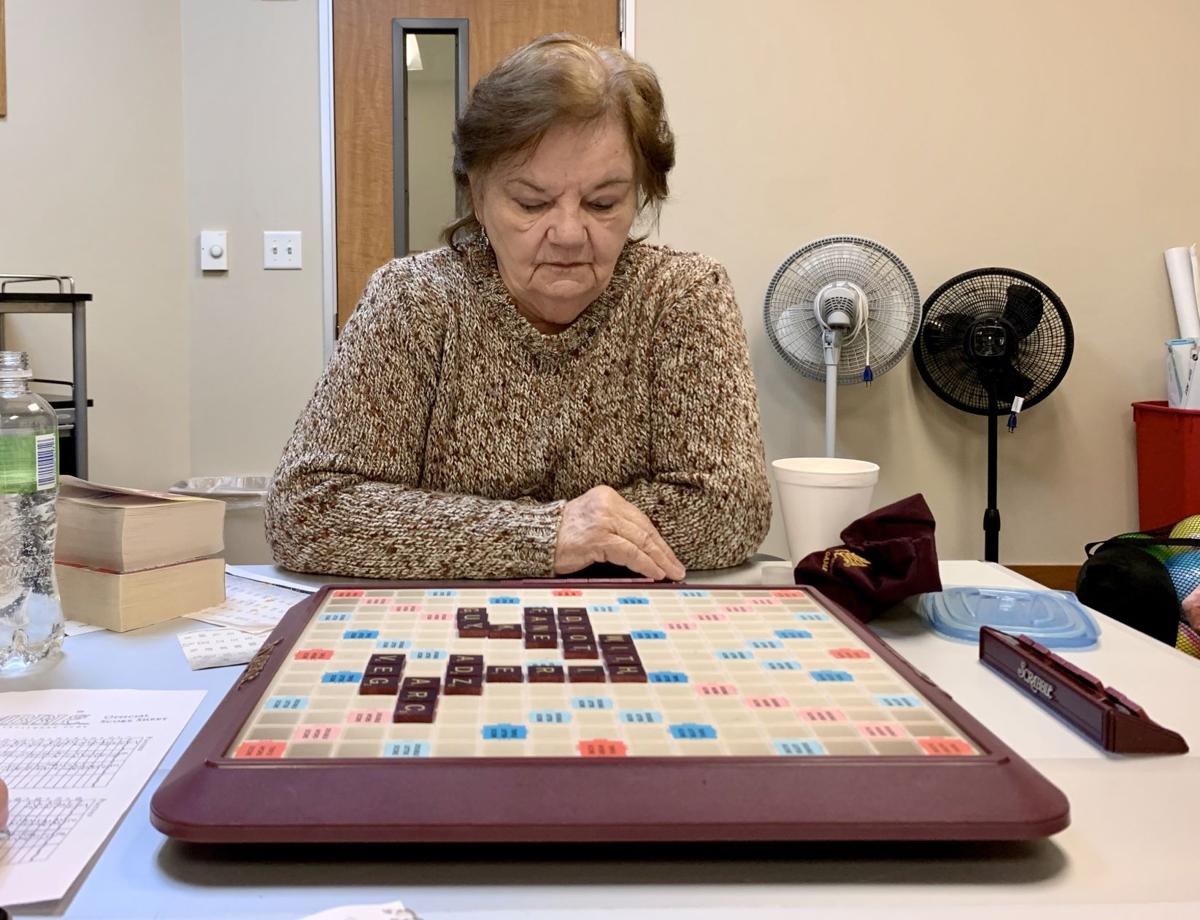 The Senior Recreation program at the Harker Heights Parks and Recreation Department offers a variety of different activities to keep seniors fit and healthy.

The program doesn’t only target their physical health, it targets their mental health, as well — through tabletop games.

Wednesdays alone are a busy time at the Harker Heights Activities Center for seniors in this area. One group who meets plays Scrabble, and they have been meeting for over a decade now.

Elli Holt of Harker Heights said, “Another gal and I started it ... in 2005. We’ve had people come and go (through the years), and there were just two of us for a long time. Now we have four.”

The small group of women on Wednesday was comprised of Holt, Rita Guay and Jinny Stell, all of Harker Heights. Stell was actually the next person to come aboard the Scrabble group 15 years ago when it was first started.

There was an easy camaraderie between the women, and while they may have taken their Scrabble play seriously (they were armed with Scrabble Dictionaries and a “Word Building Book,” as well as a Scrabble dictionary phone app), there was a lot of laughter, too.

They all played strategically, going for high-scoring plays and bonus tiles, but they always left the board open enough for the game play to continue.

In the end, it was actually Holt who won that round. “This was my game,” she said, though until the final score was tallied she and Guay were both convinced that Stell would play something grand and pull ahead to win at the last minute.

The Pinochle group usually meets on Wednesdays beginning at noon.

“We normally show up around 10:30 — we usually start early,” said Jim Adams, a regular player.

Pinochle is a game using cards, but not just any deck. “The decks here have no two through nine,” explained relative newcomer John Cooney. “There are four of each card — four aces, four kings, four queens ...” Each player is dealt 20 cards, and everyone must have at least one ace in their hands.

Pinochle is what you would get if Gin Rummy and Spades had a baby, then threw in a lot of rules about how to interact with said baby, if the rules led to a lot of fun and hours of playtime.

There is bidding on hands, there are trump suits and gathering tricks, there are runs. That is where the similarities stop.

There are a lot of card combinations (besides runs) that can garner points, such as a “marriage” (having a king and queen of the same suit) or a “pinochle” (having the jack of diamonds and queen of spades).

While there might be a lot to remember initially, the group is more than willing to teach novices the ins and outs of the game.

Cooney learned in Vietnam. “This was the game you played in the Army,” he said. He said he had to learn it the hard way— at a penny a point, when playing to a score of 500, those pennies added up quickly.

The Heights group plays with four people at a time, and rotate out so others can play.

Scrabble meets on Wednesdays and Fridays from 9 a.m. to 1 p.m., and Pinochle meets on Mondays and Wednesdays from noon to 3:30 p.m. Members of both groups said new players are always welcome.