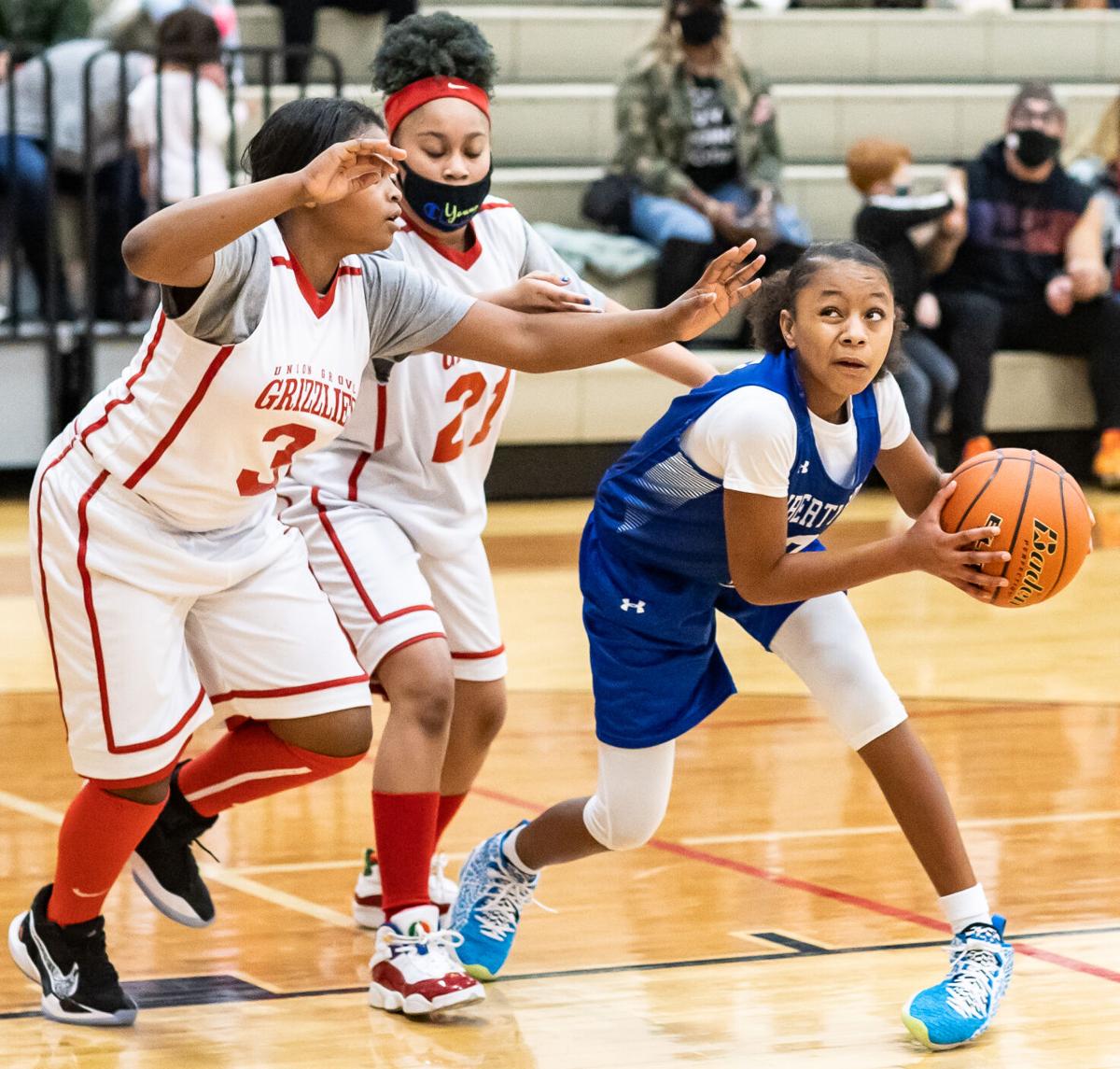 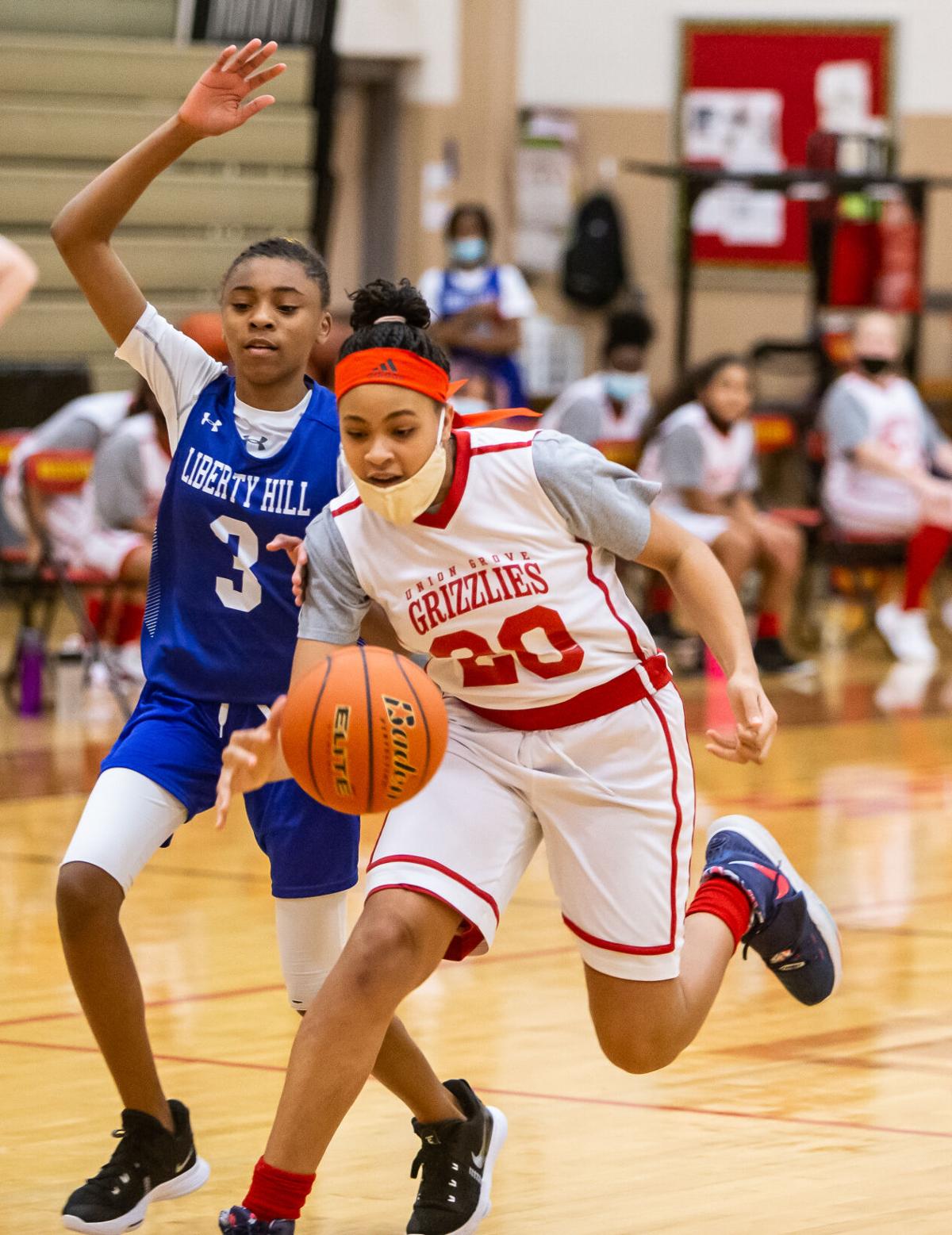 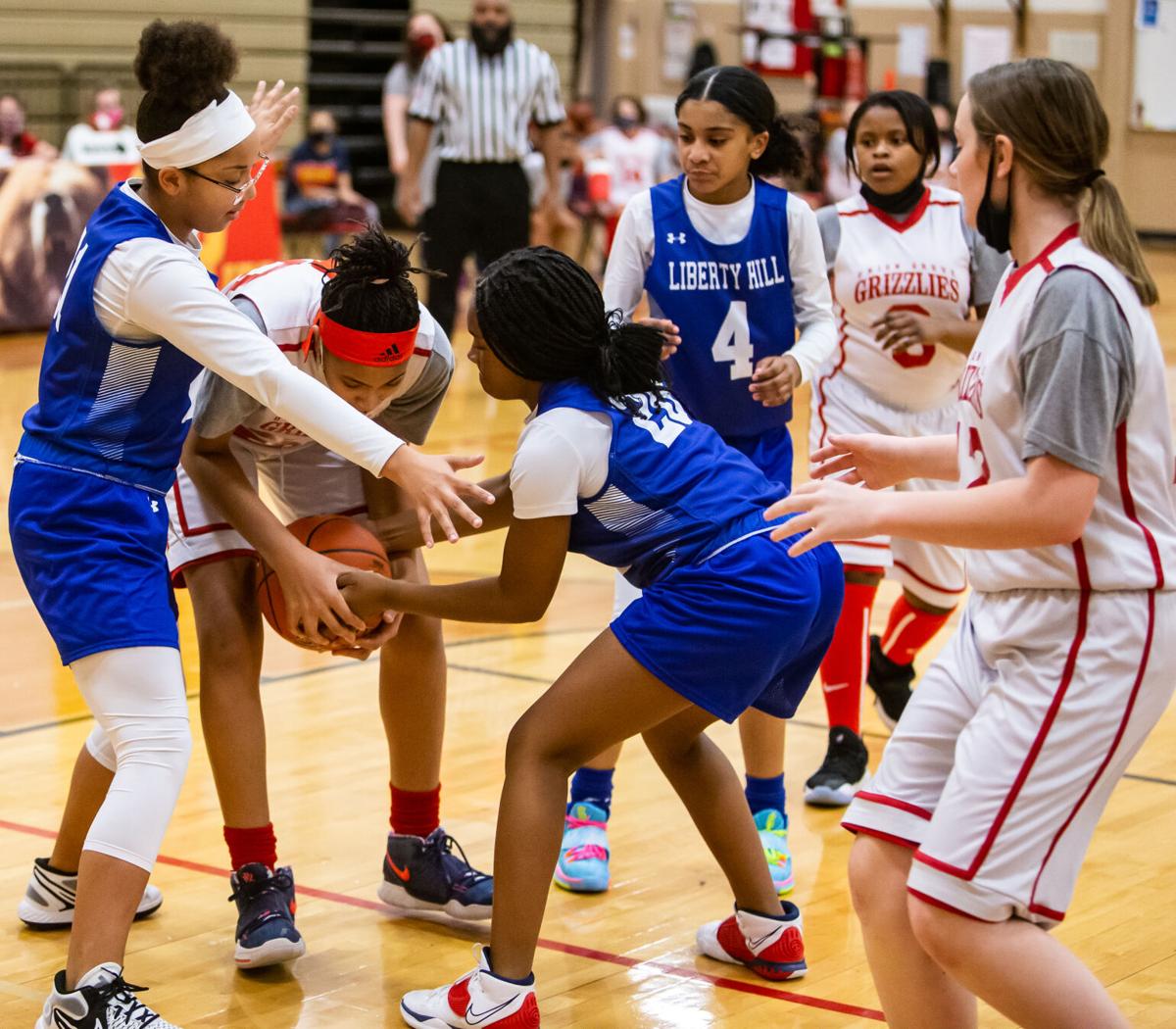 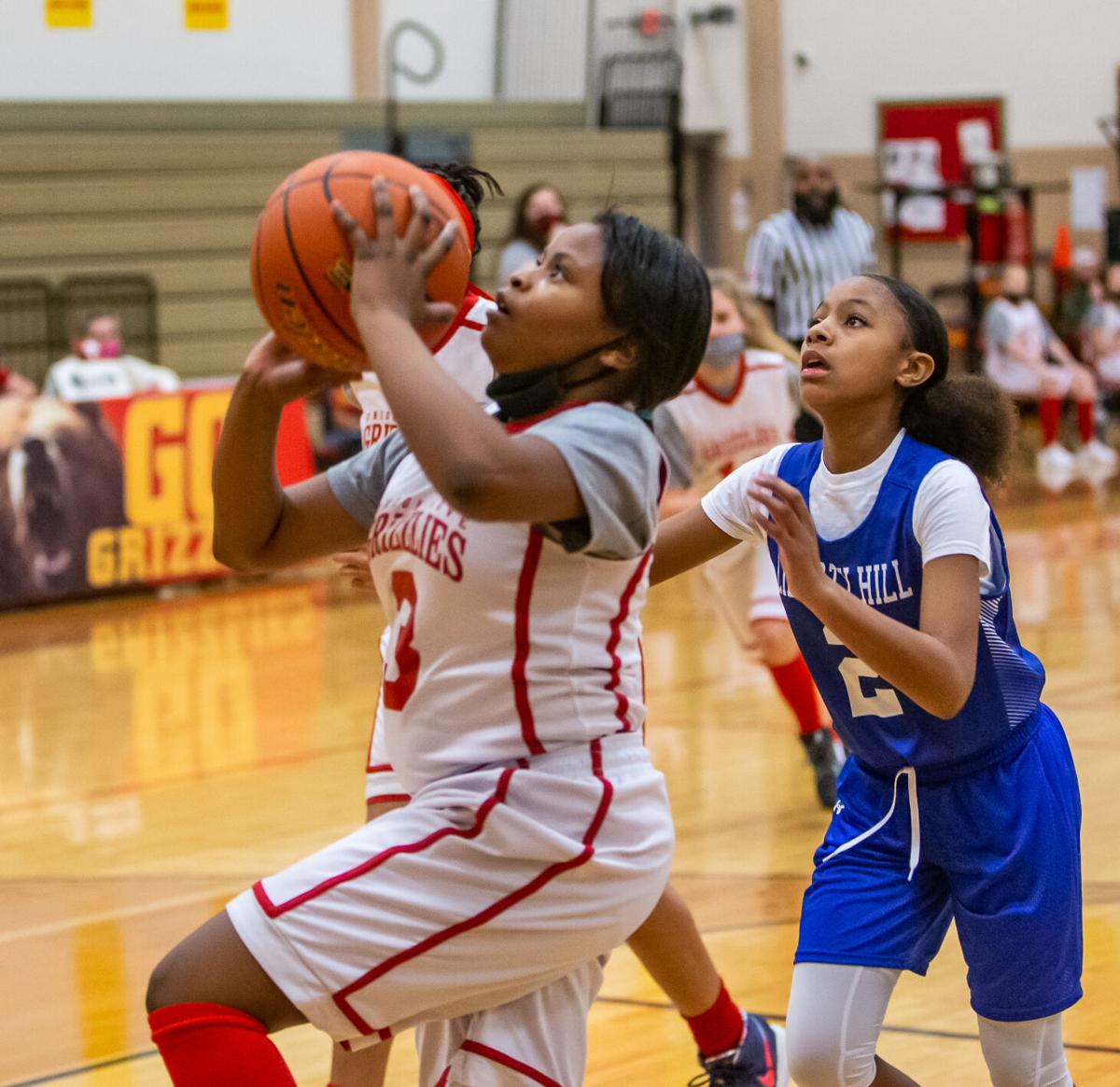 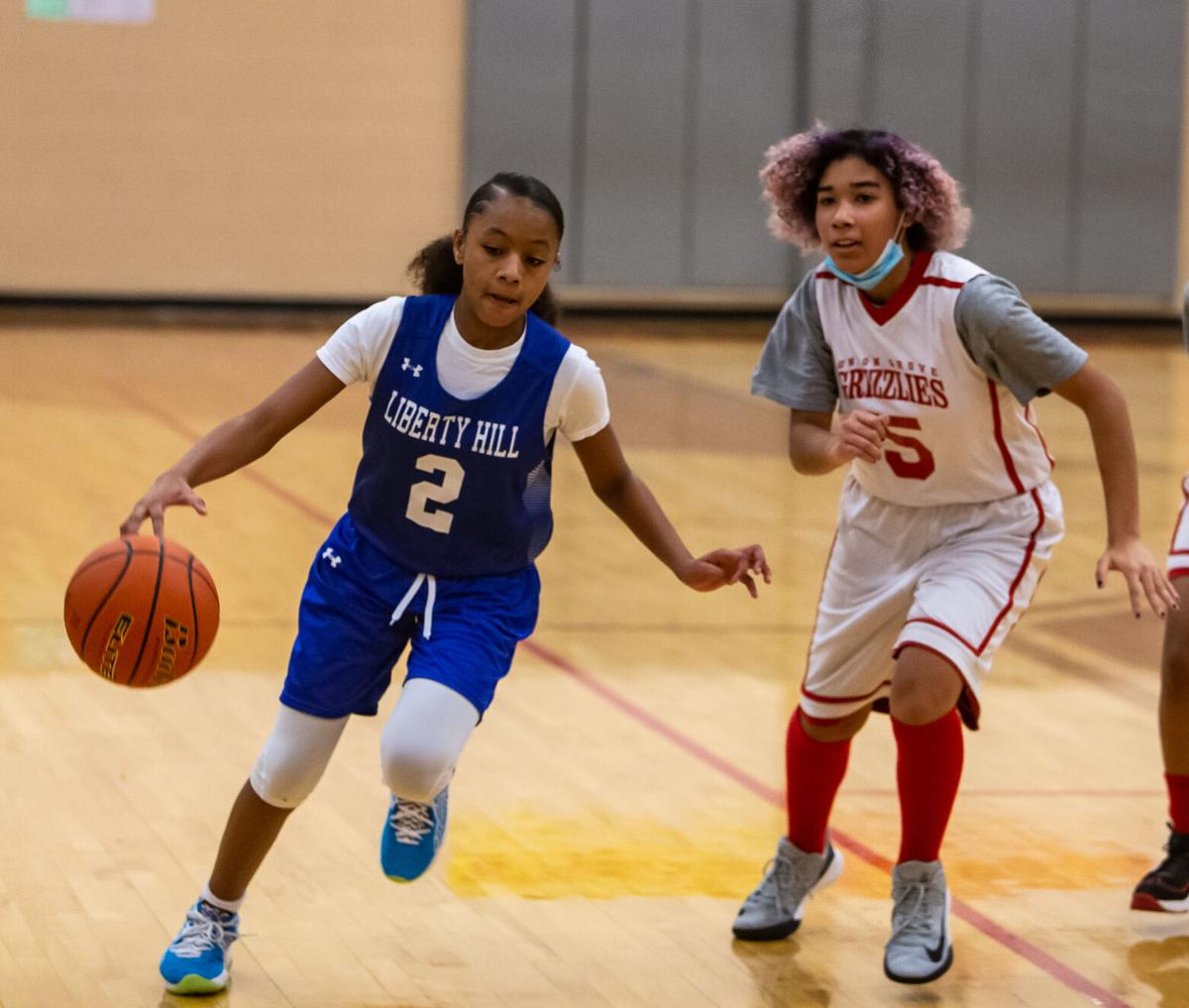 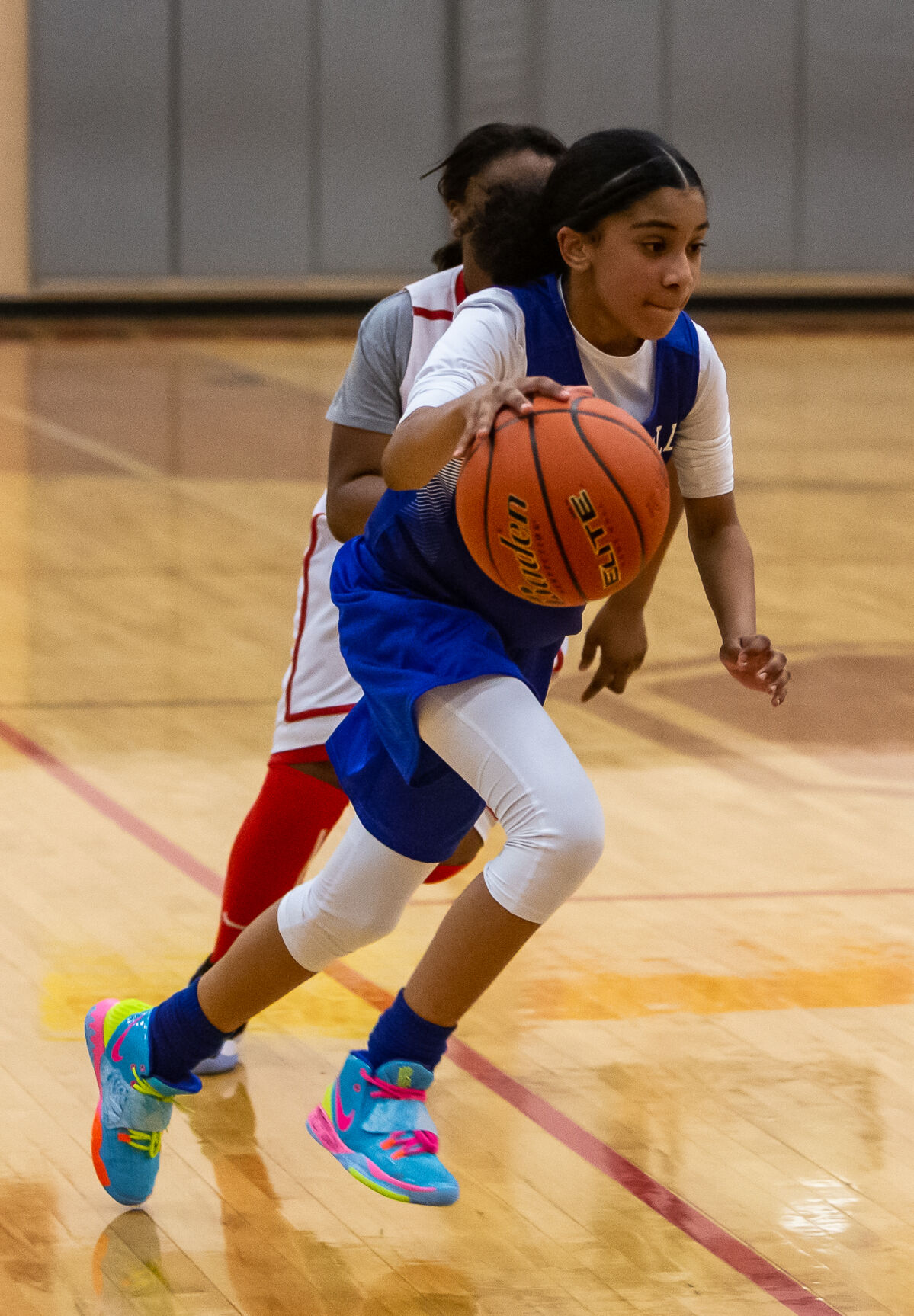 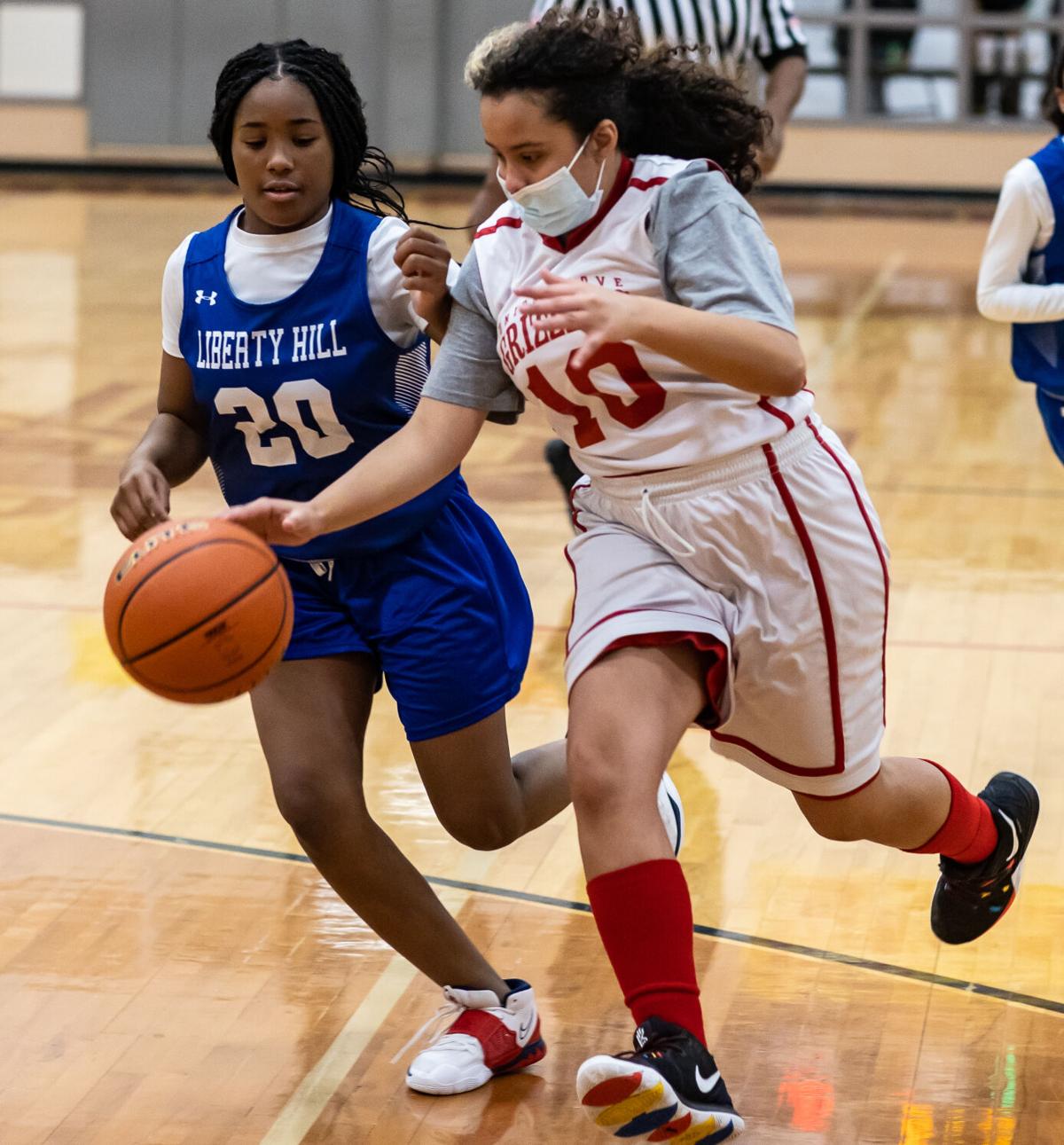 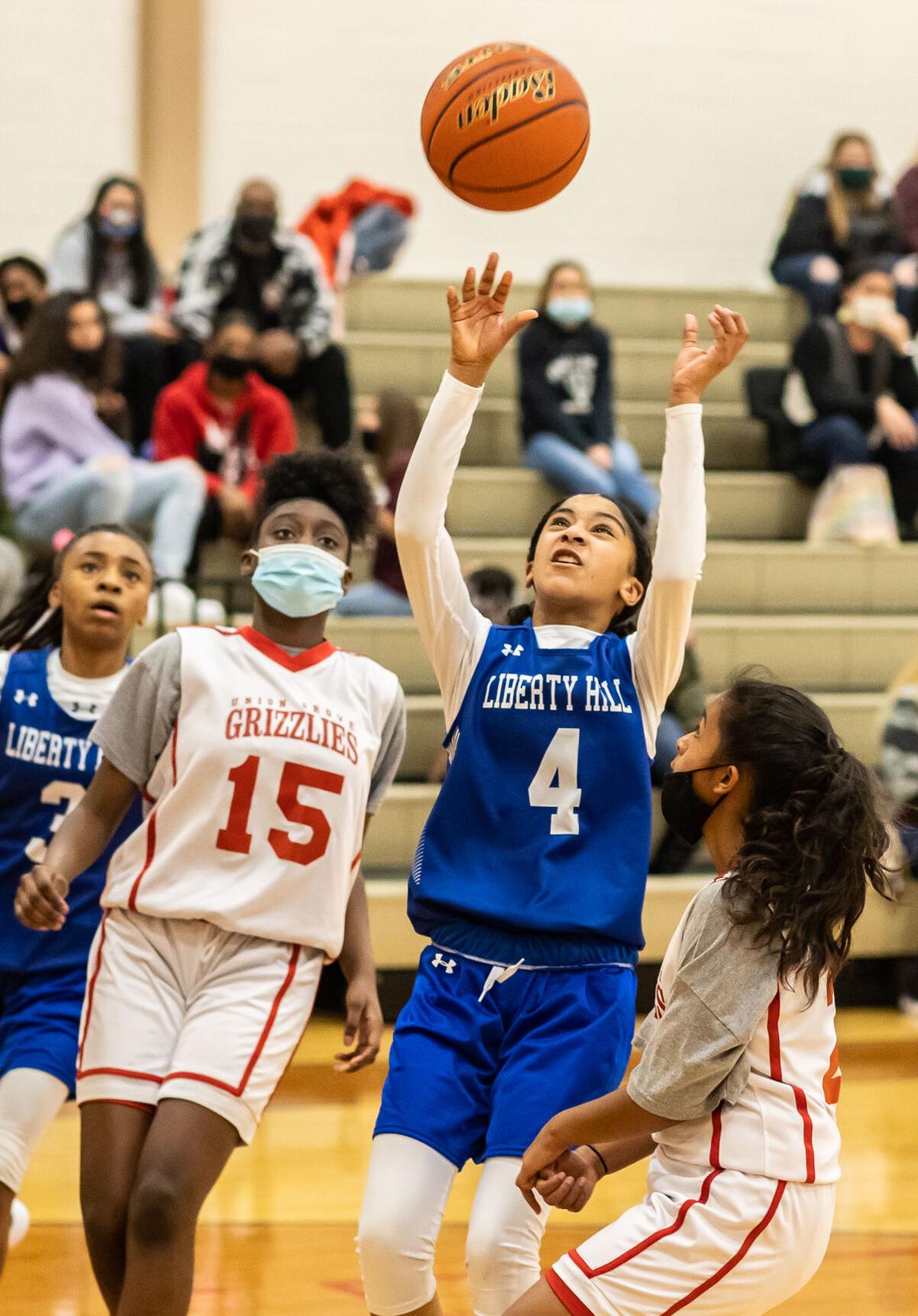 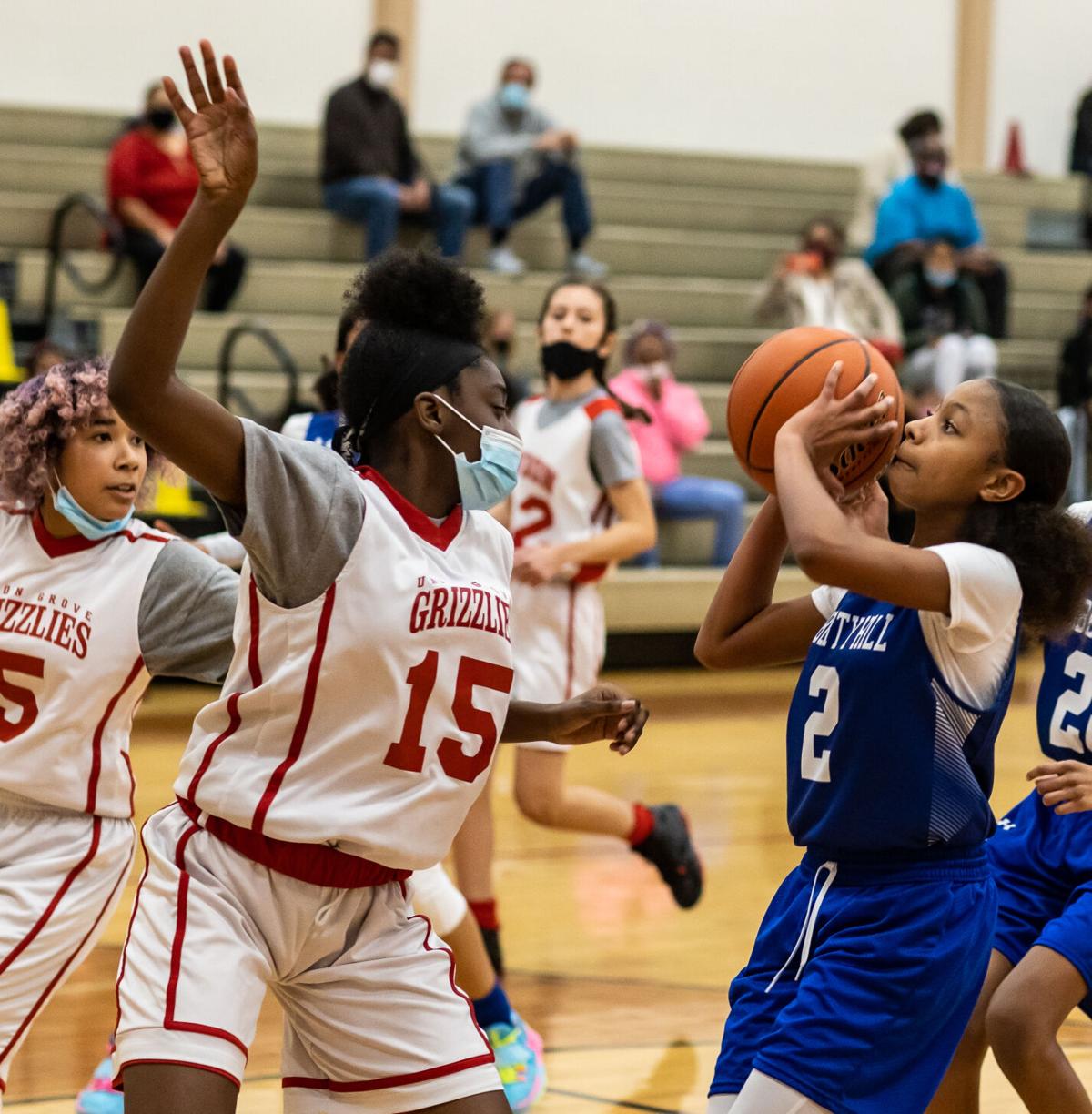 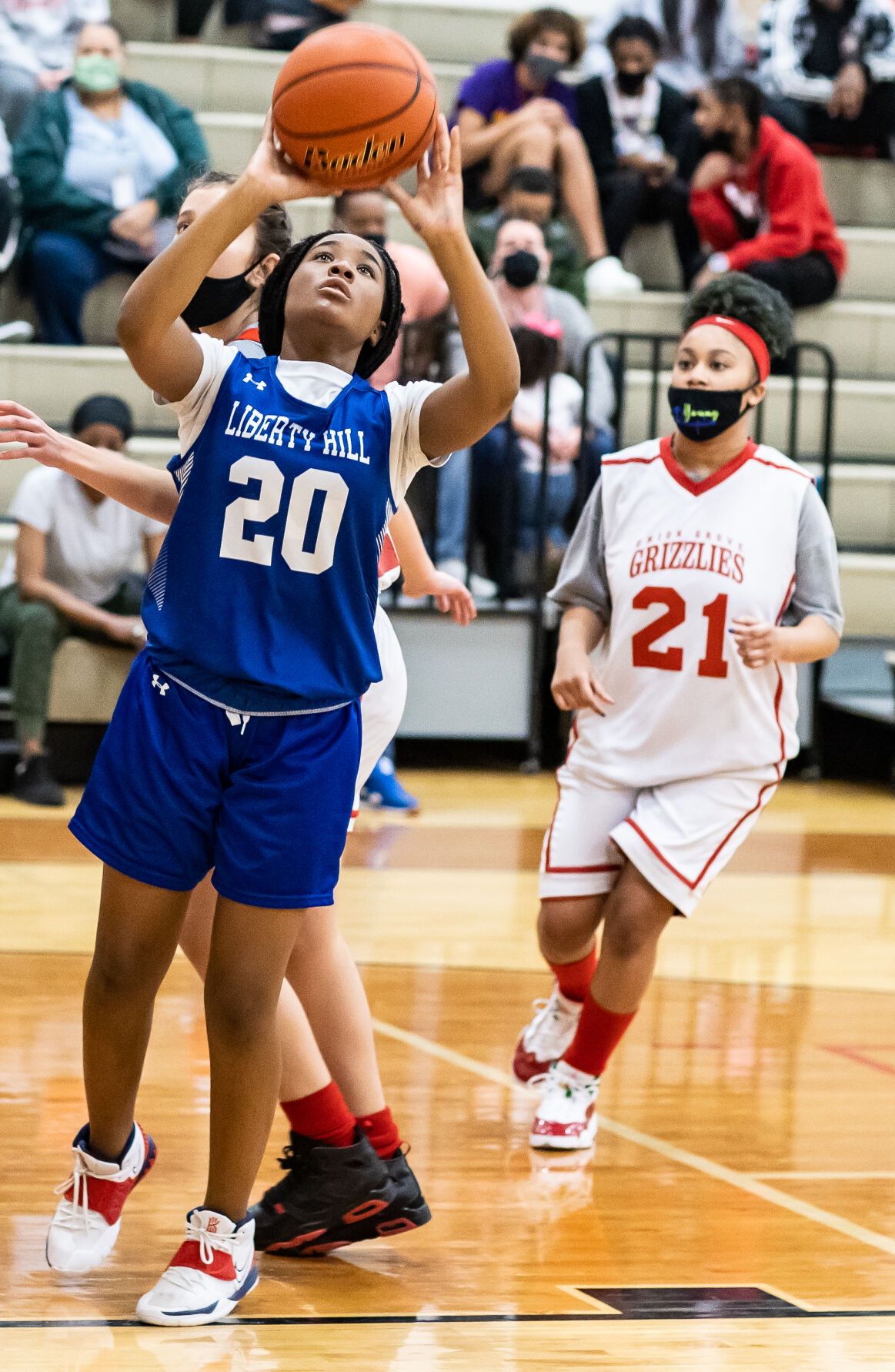 Liberty Hill (4-1, 2-0 conference) has not lost since its season opener against Smith.

Union Grove jumped out to an early lead, but the Lions regained momentum during a 21-point second quarter that produced a double-digit lead and never looked back.

The Lions are off this week and return to action Feb. 4 against Palo Alto.

SMITH 8A 51, NOLAN 8A 13: Jojo McIver, Travonne Woodley and Jay-Quan Gaines all finished in double figures in scoring to keep the Leopards undefeated after five games.

Isaac Green was dominant protecting the rim, finishing the game with seven blocks and only one foul.

Smith trailed 4-3 early but began pulling away halfway through the first quarter.

The Leopards strong and disciplined defense only allowed the Mustangs to score four points through three quarters.

LIBERTY HILL 8B 24, UNION GROVE 8B 23: At Union Grove, Rashaud Skinner’s late three-point play put the Lions in front and they held on to win a thriller and improve to 2-0 in conference play.

With Liberty Hill trailing by one, Skinner drove to the basket and made a layup while getting fouled. The free throw proved to be the winning margin.

SMITH 7A 43, NOLAN 7A 24: DJ Moore, Beres Henry-Jorge, and Juan Ramirez-Posada led the Leopards in scoring and Smith earned its second win in conference play.

The Leopards are now 2-0 in conference and will travel to play the Manor Rams next Thursday night.

LIVE OAK RIDGE 7A 35, PATTERSON 7A 33: At Patterson, the Lobos kept Patterson from scoring on the Cavaliers’ final possession to hold on for a victory.

Patterson led 8-2 after one quarter. The Lobos rallied for a halftime tie.

SMITH 7B 32, NOLAN 7B 14: Diego Martinez-Batiz, Christian Redmond and Trestyn Wingfield helped the Leopards recover from a slow start en route to a victory.

Smith trailed 8-4 in the first quarter but rebounded to take a 14-10 lead at halftime.

PATTERSON 7B 41, LIVE OAK RIDGE 7B 16: At Patterson, Justin Wingwood and Rian Young each scored 10 points and the Cavaliers won their home opener in impressive fashion.

Patterson roared to a 24-1 lead at halftime.

LIBERTY HILL 7A 28, UNION GROVE 7A 21: Union Grove jumped out to a 16-6 halftime lead, but the Lady Lions rallied for the victory.

PATTERSON 8A 47, LIVE OAK RIDGE 8A 8: Lanai’ya Harris scored 17 points and the Lady Cavaliers rolled to a victory.

UNION GROVE 8A 30, LIBERTY HILL 8A 29, OT: Braylyn Wilkerson scored 20 points, including the decisive free throw in overtime, to send the Grizzlies to a victory in their conference opener.

The teams finished regulation in a 29-29 deadlock.

Other scorers for Union Grove were Zoe Forney (five points) and Laila Tuala, Kaymora Labeach and Bryanna Hinojosa (two each).

SMITH 8A 43, NOLAN 8A 19: At Nolan, Aniya Robinson and Destiny Omeire each scored eight points and the Lady Leopards dominated with tenacious defense.

SMITH 8B 28, NOLAN 8B 5: At Nolan, Ada Jones, Amaris Wilson and Desiree Van Dorn each had six points in the Lady Leopards victory.