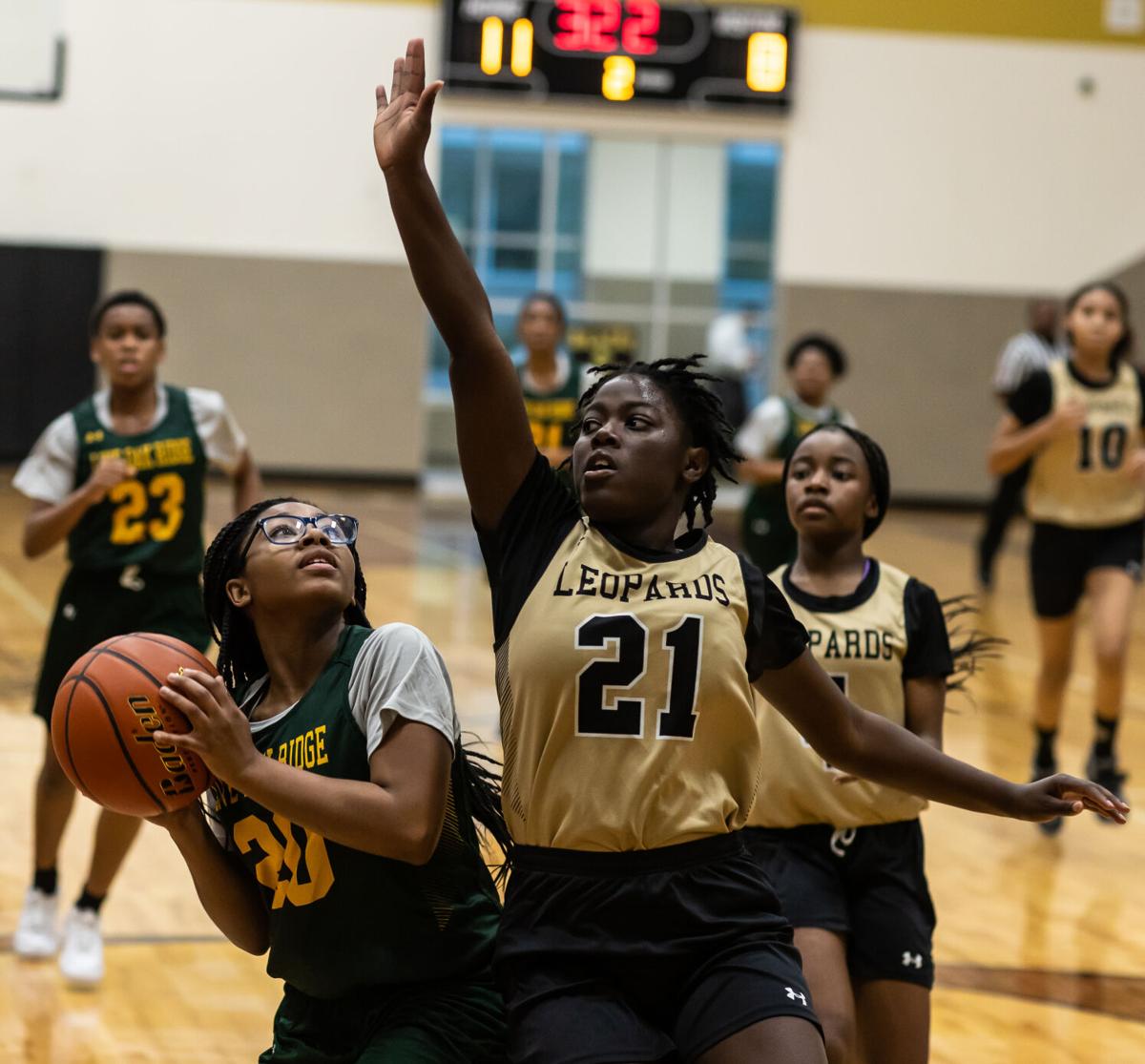 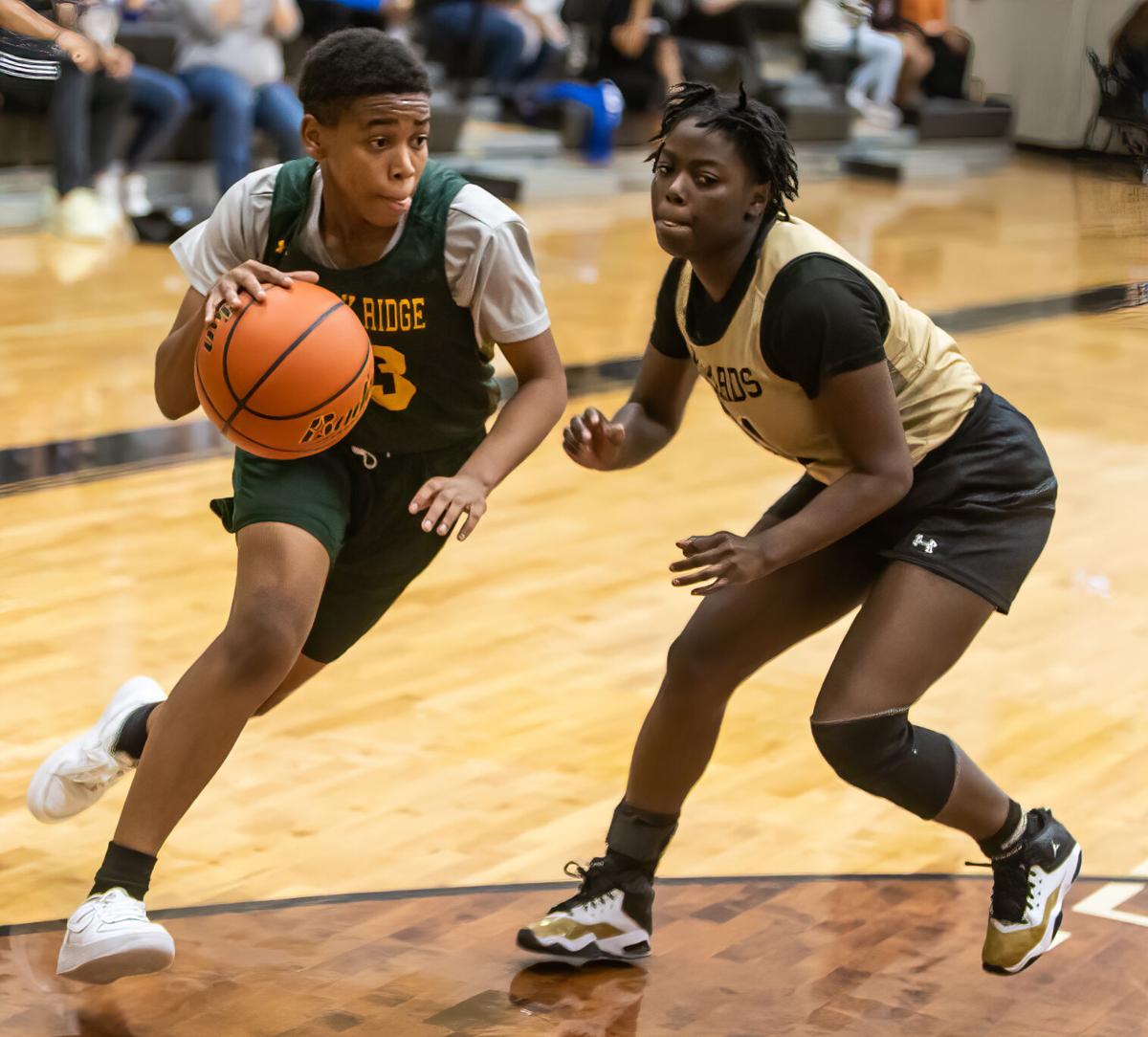 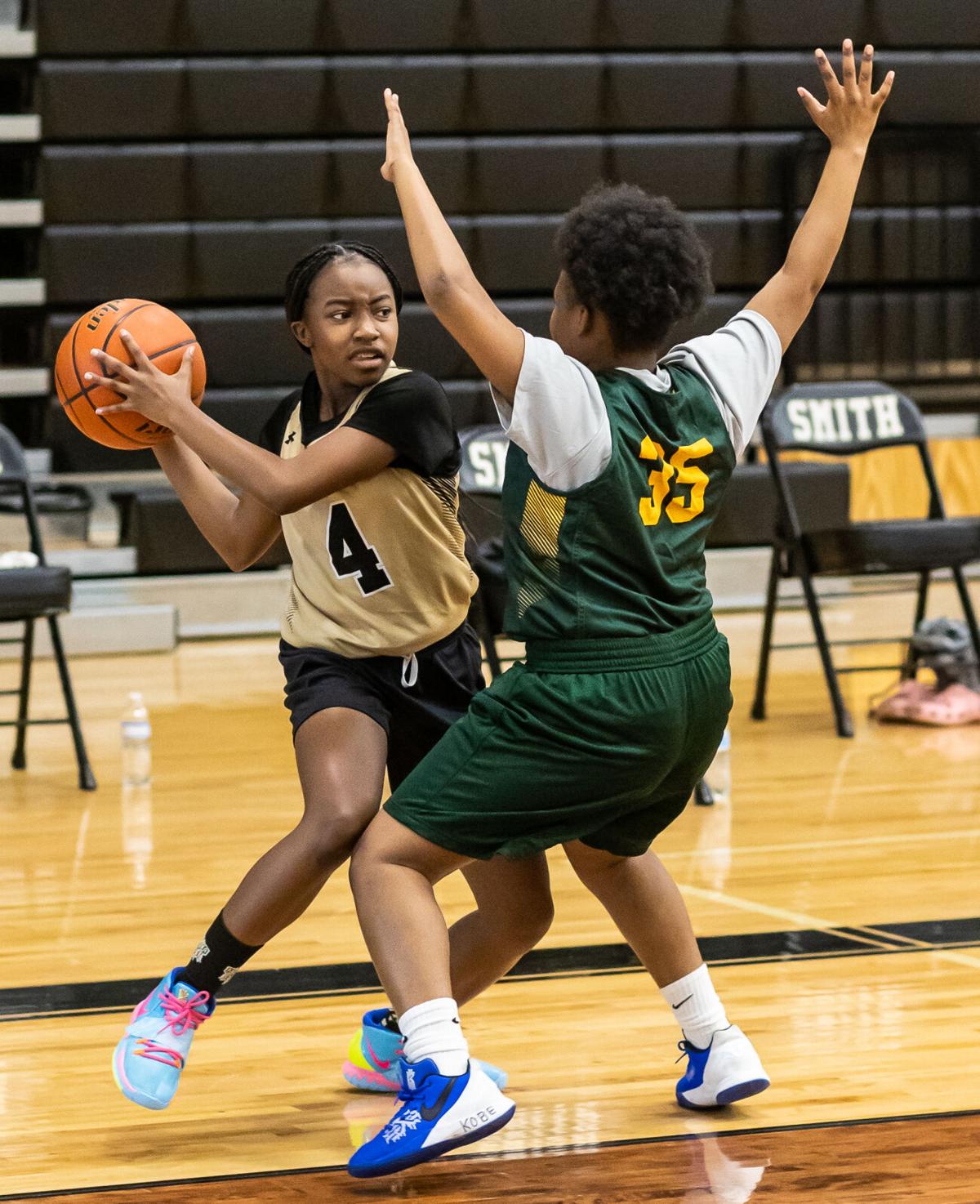 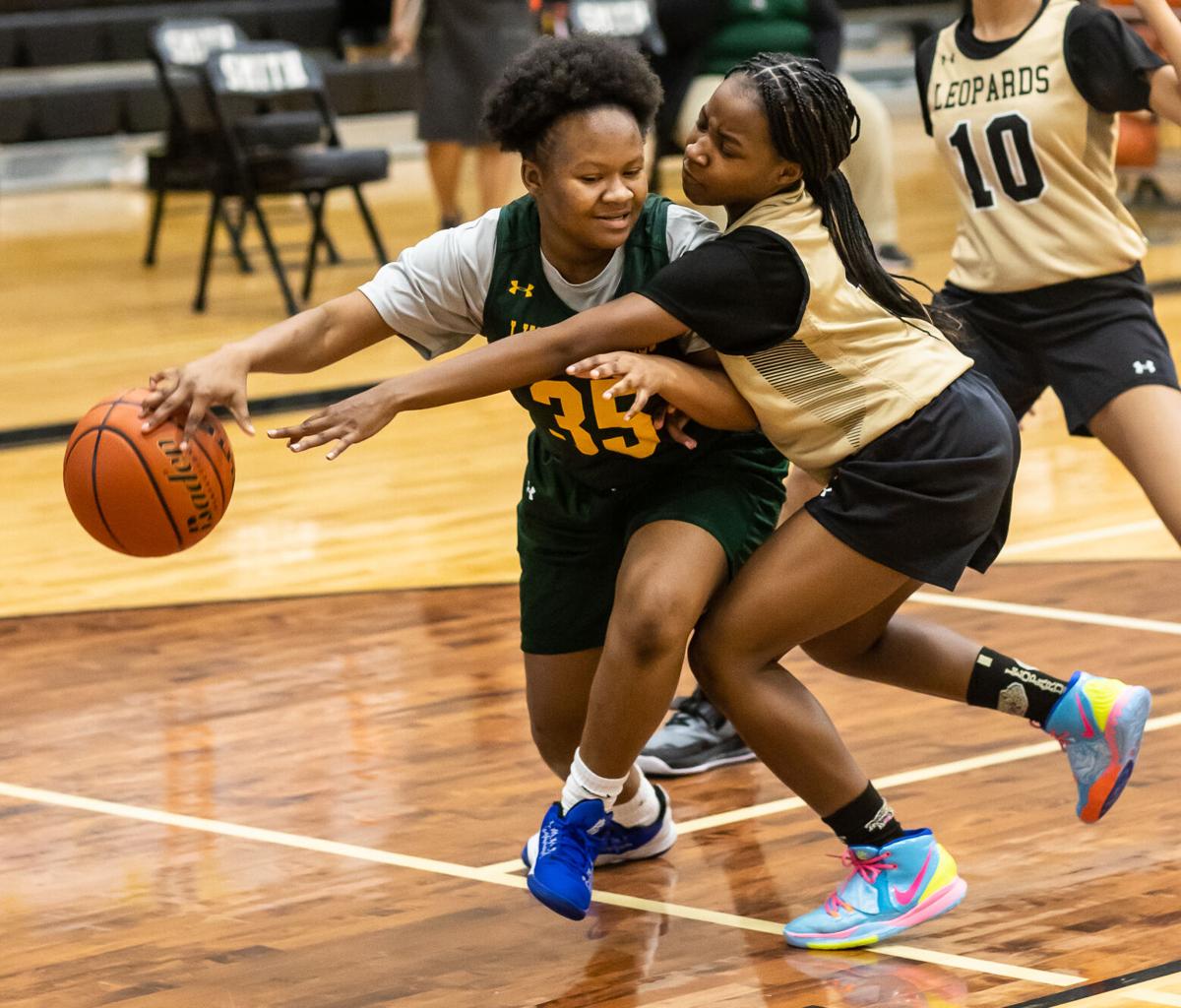 Live Oak Ridge’s Rayana Barnett (35) drives to the lane as Smith's Triniti Price reaches for the ball during an eighth-grade game at Smith Middle School on Monday, February 8, 2021. 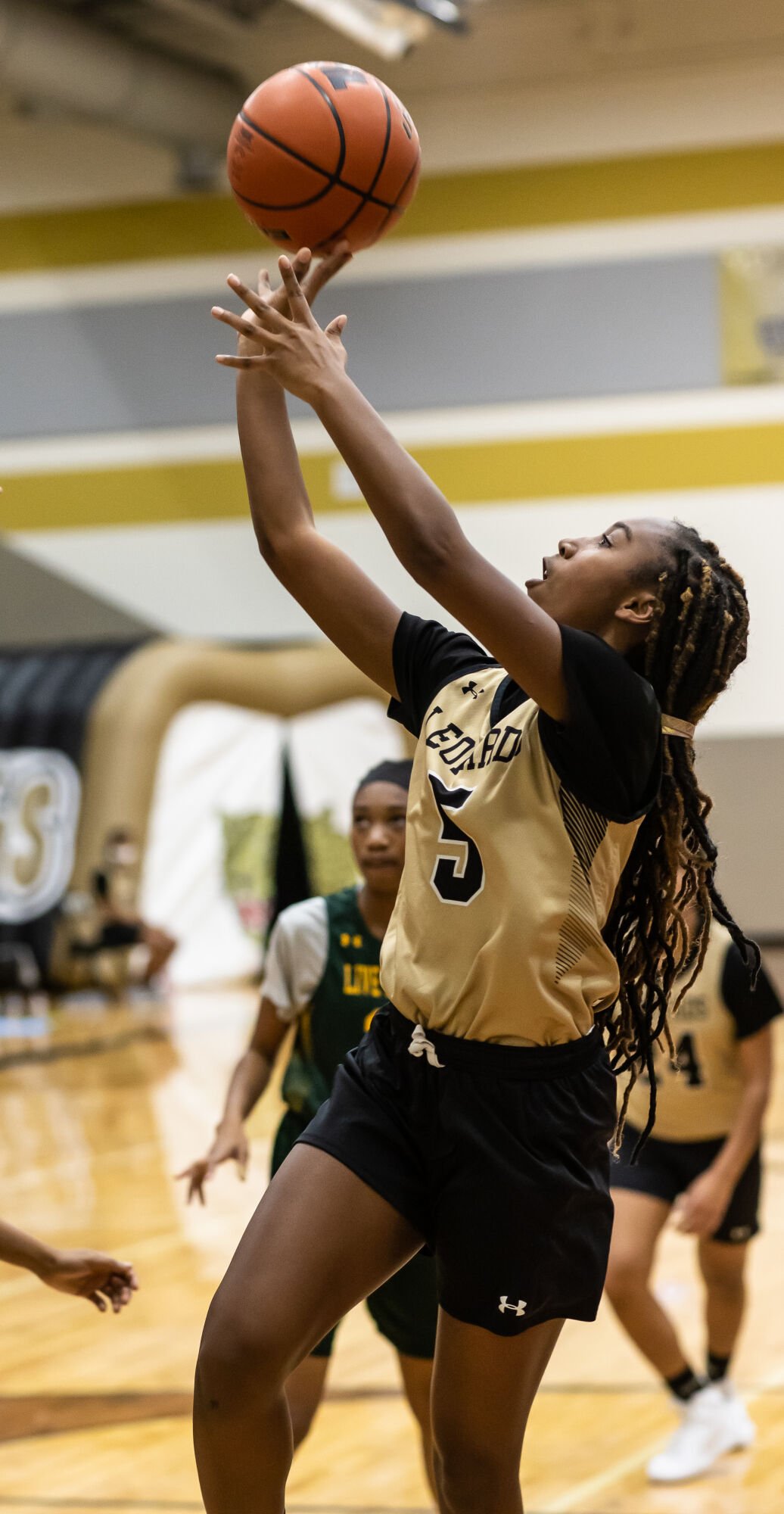 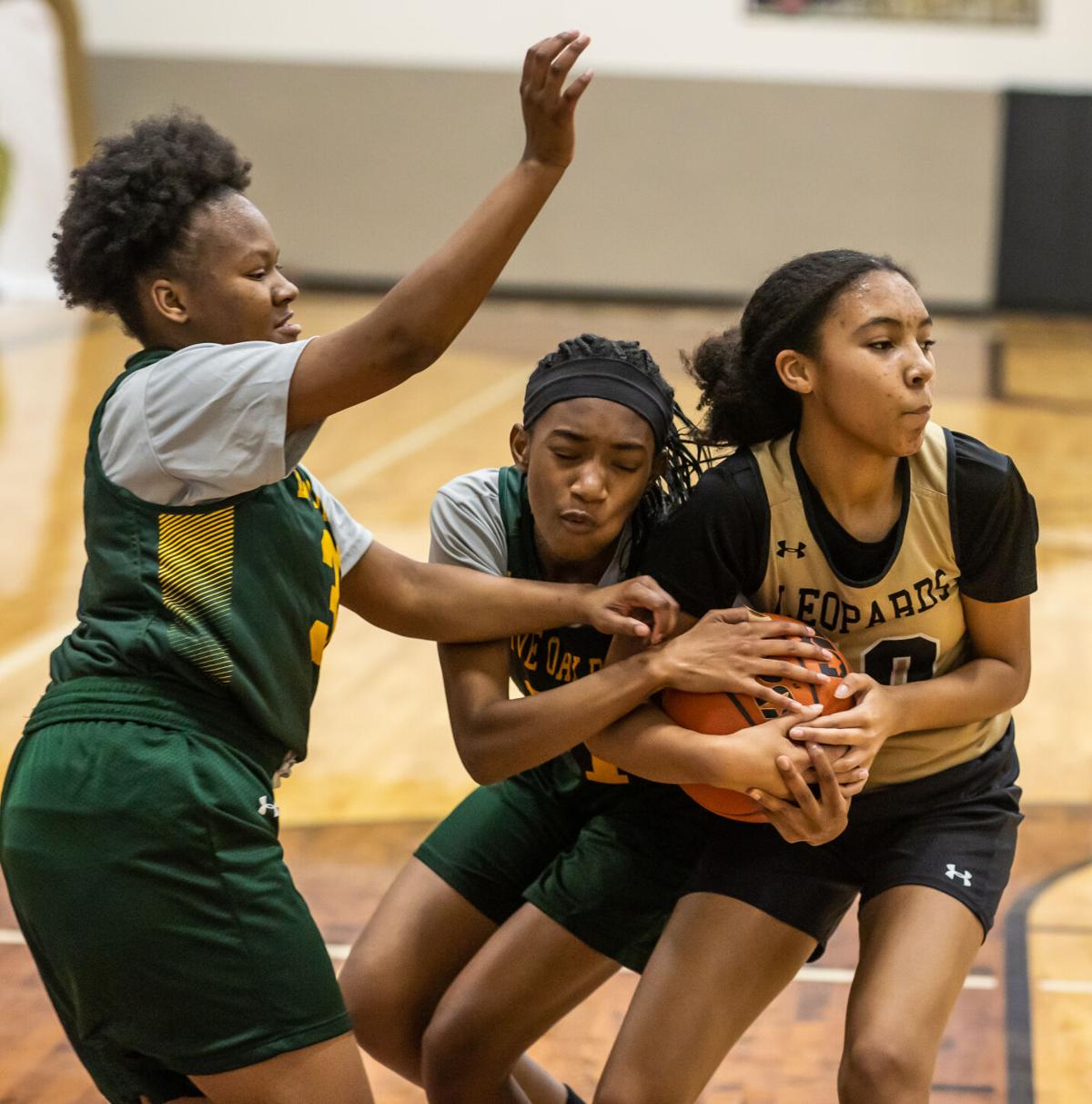 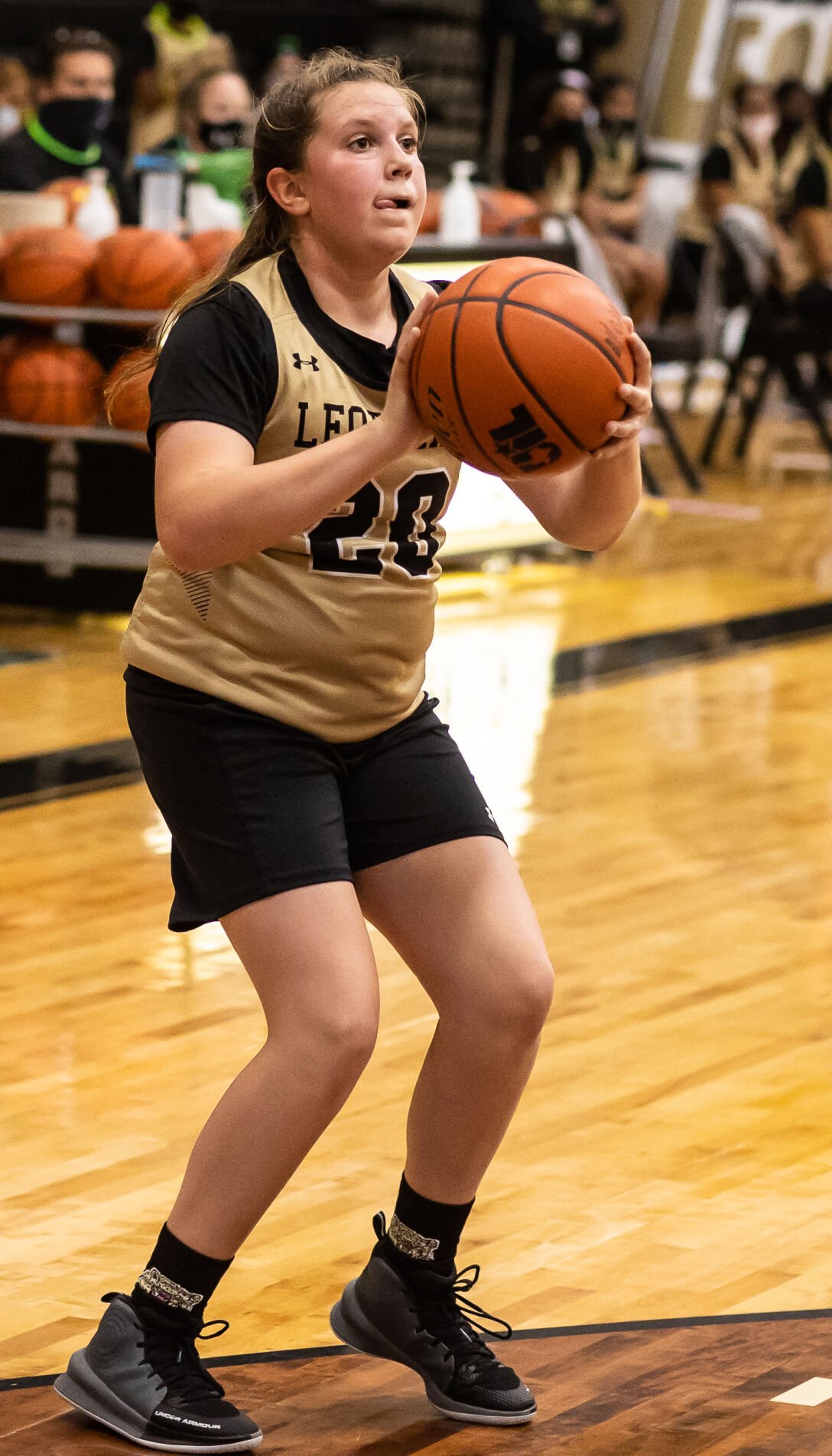 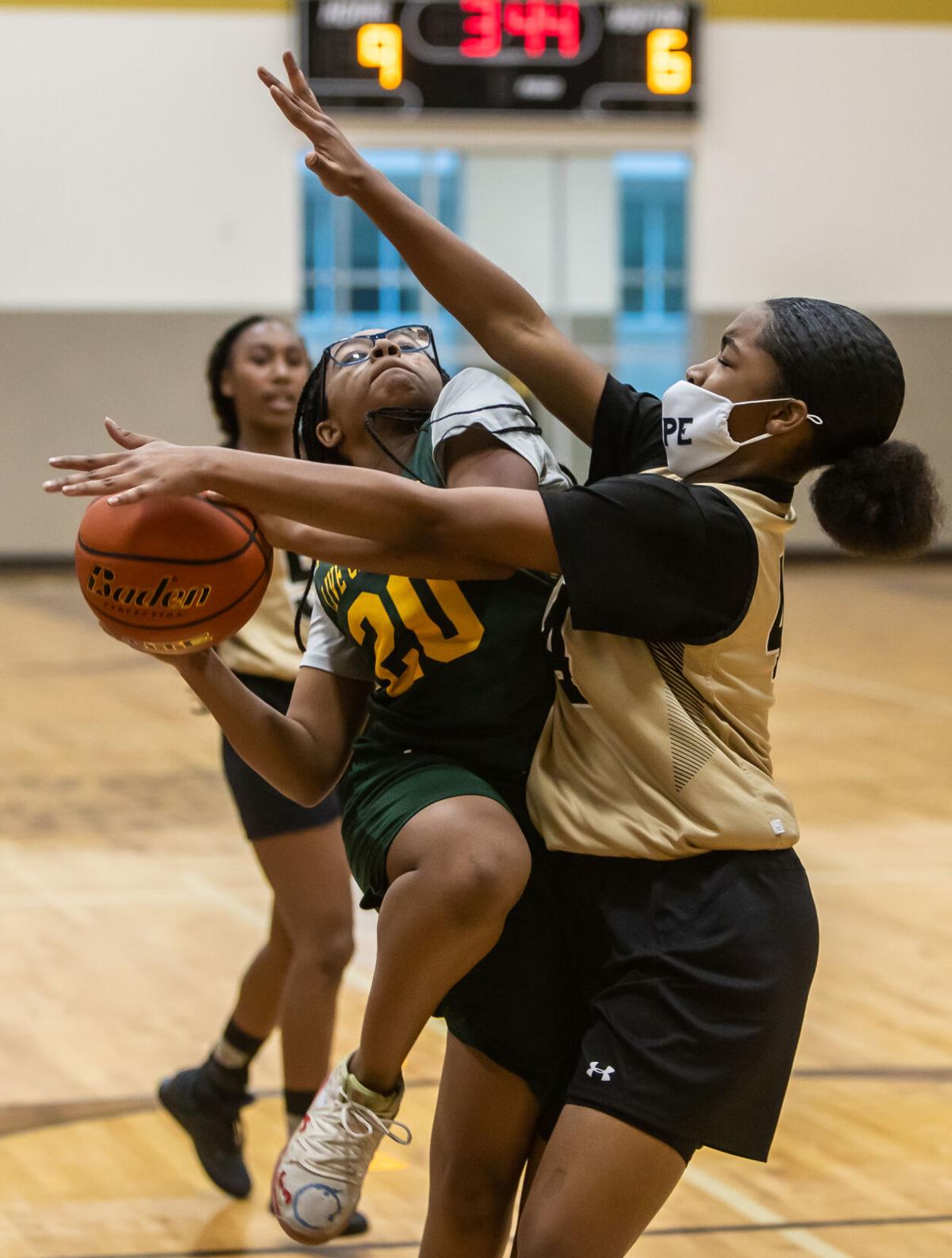 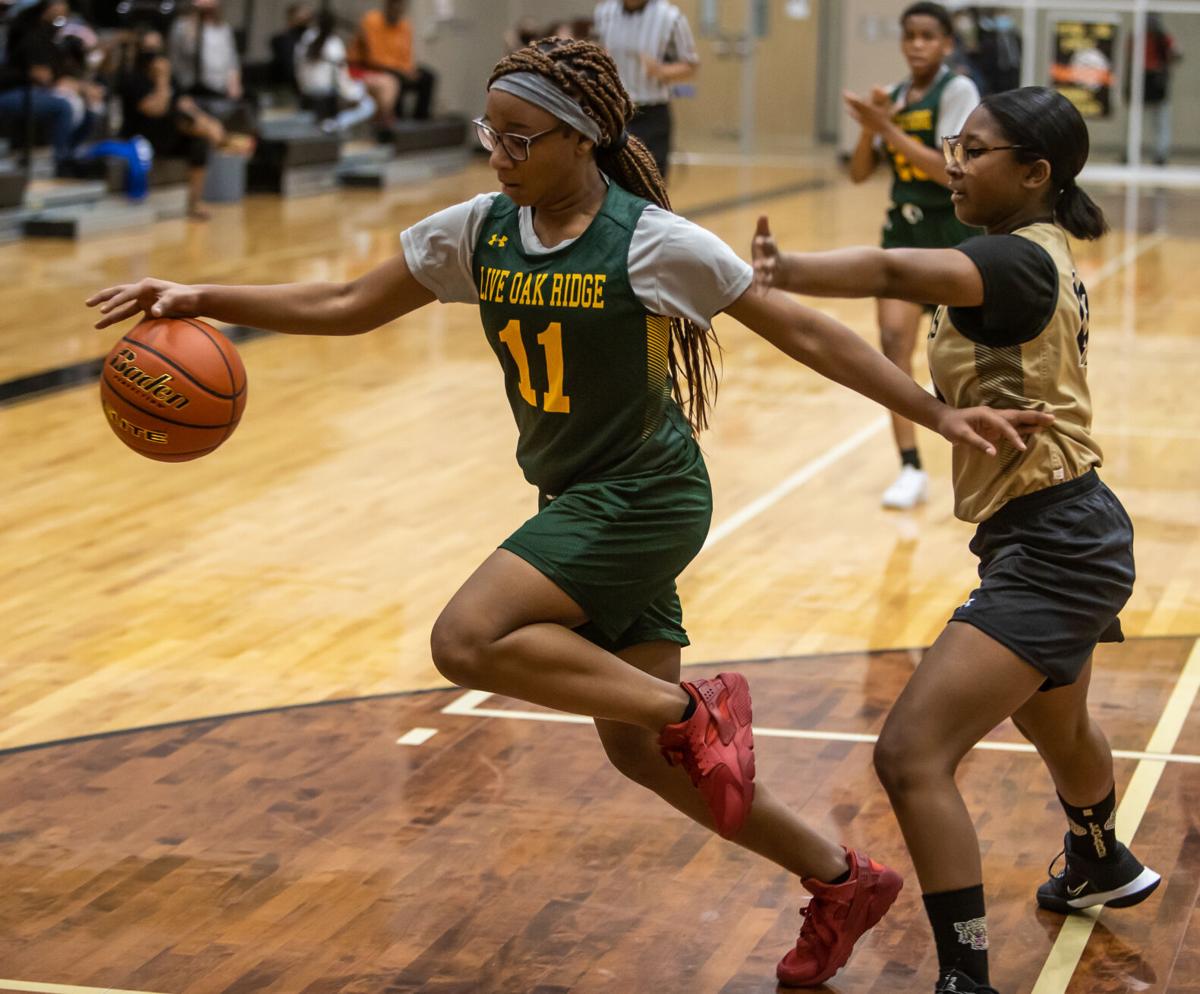 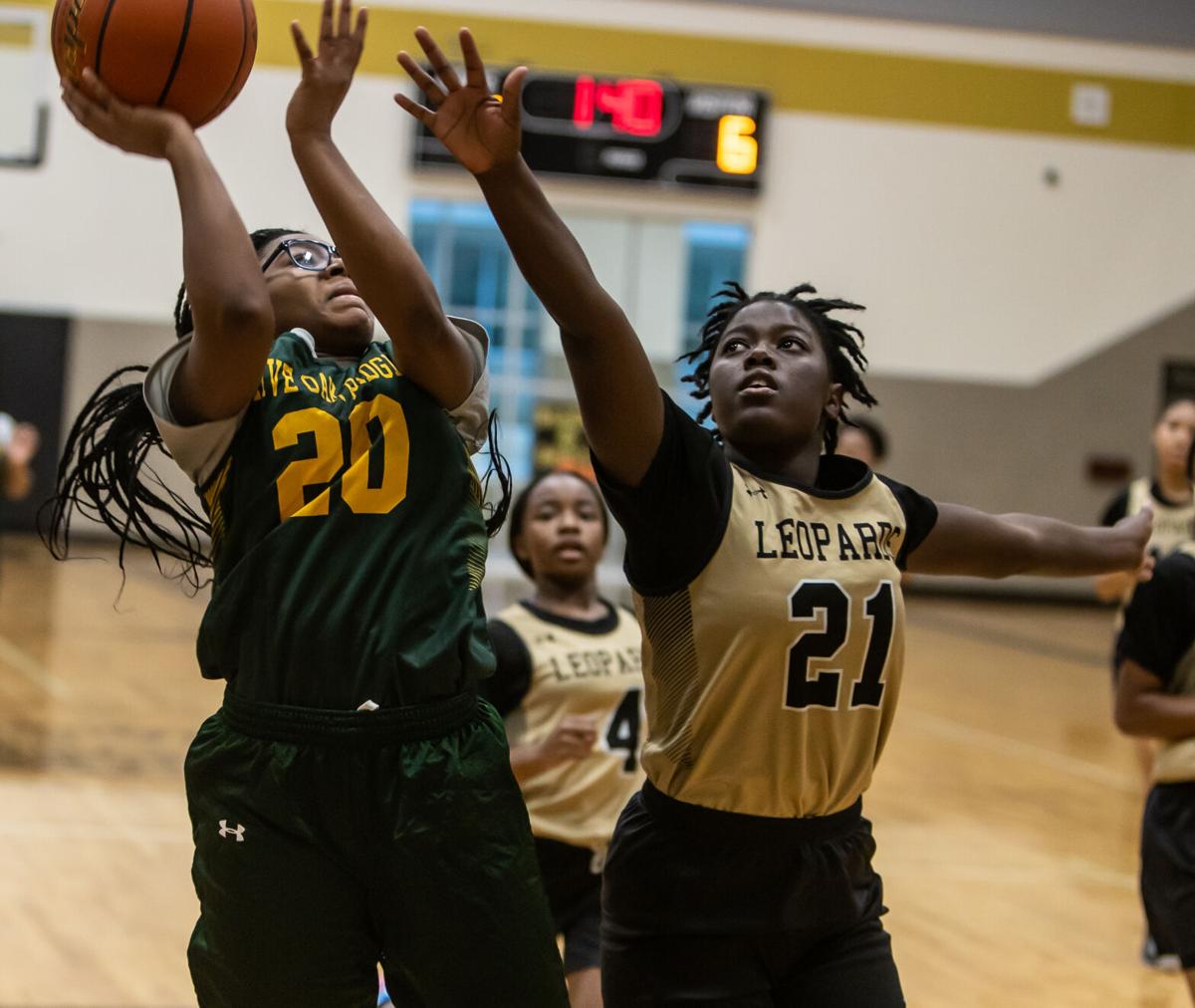 Live Oak Ridge’s Rayana Barnett (35) drives to the lane as Smith's Triniti Price reaches for the ball during an eighth-grade game at Smith Middle School on Monday, February 8, 2021.

UNION GROVE 7B 26, EASTERN HILLS 7B 14: Luke Franco finished with 10 points to help the Grizzlies get the victory.

UNION GROVE 7A 48, RANCIER 7A 20: Elijah Gibson scored 21 points and the Grizzlies rolled to a victory.

UNION GROVE 7B 32, RANCIER 7B 6: Luke Franco, Damarii Bradford and Ethan Mora each scored six points in the Grizzlies’ victory.

Zoe Forney was a defensive standout.

The Grizzlies are the American Conference champions and will play at Smith for the championship.

AUDIE MURPHY 8A 21, NOLAN 8A 19, OT: Brieana Deanda scored 13 points and tallied seven steals for the Lady Mustangs, who lost in overtime after a back-and-forth affair in regulation.