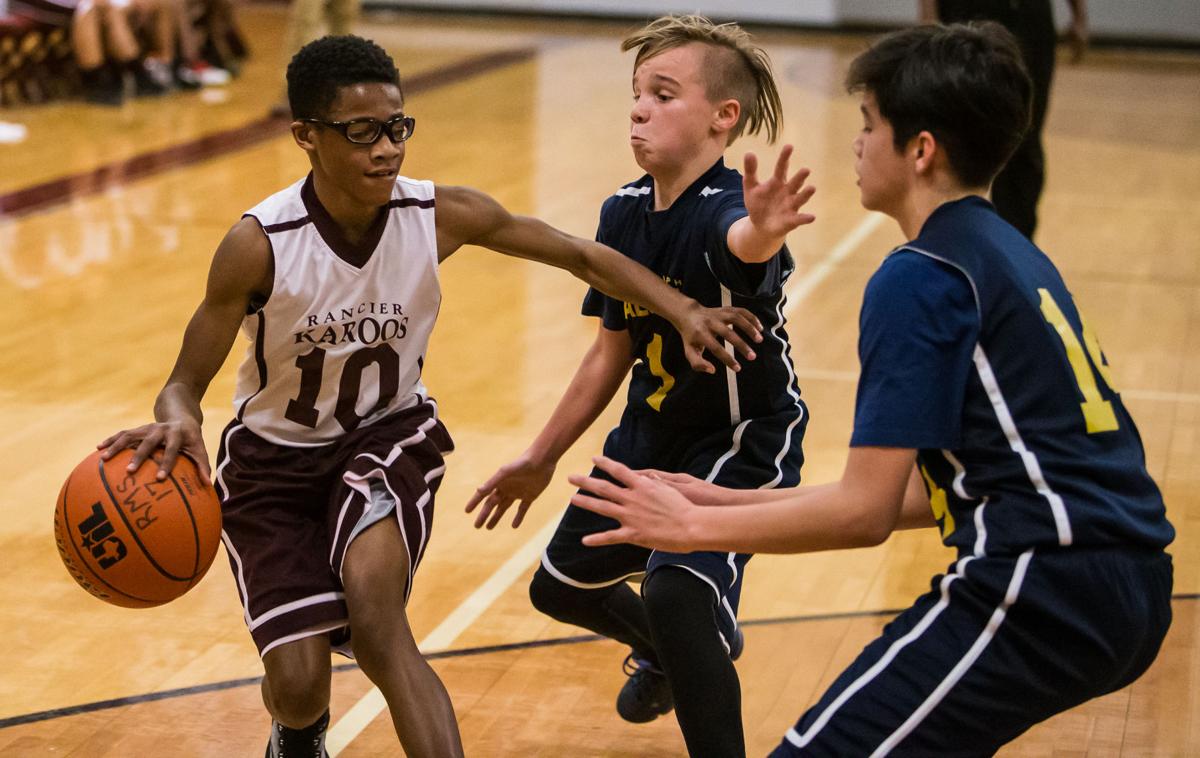 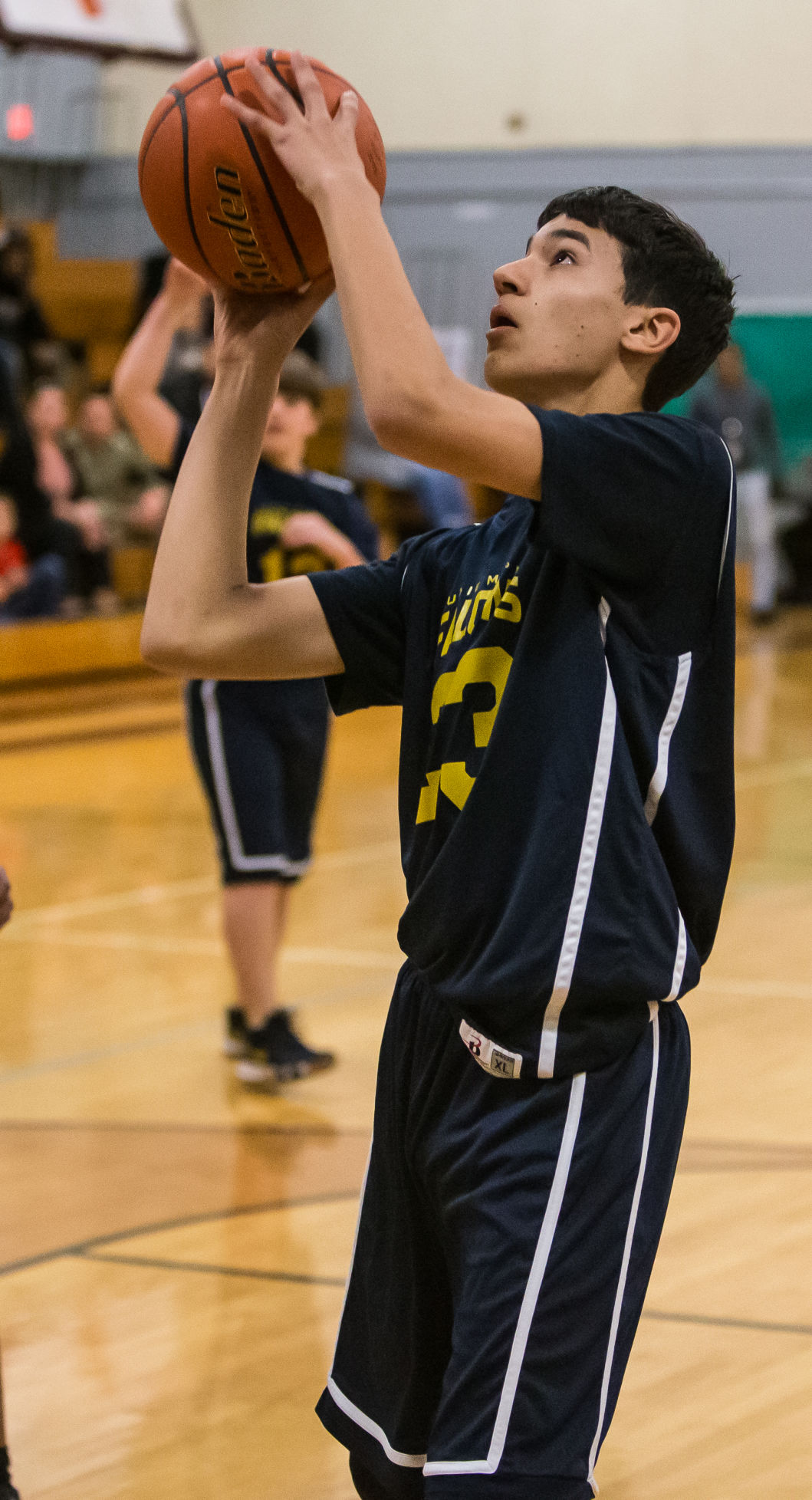 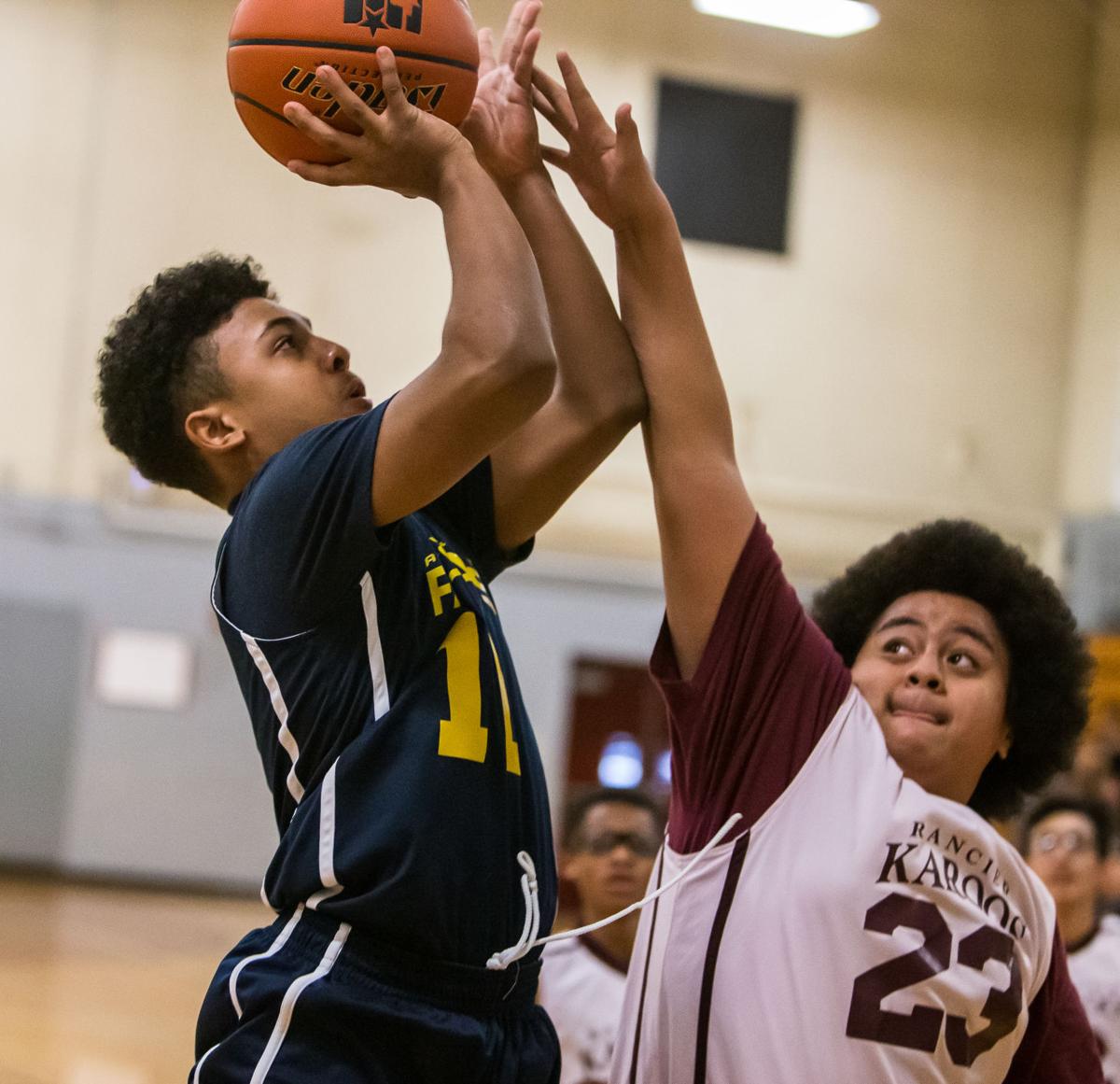 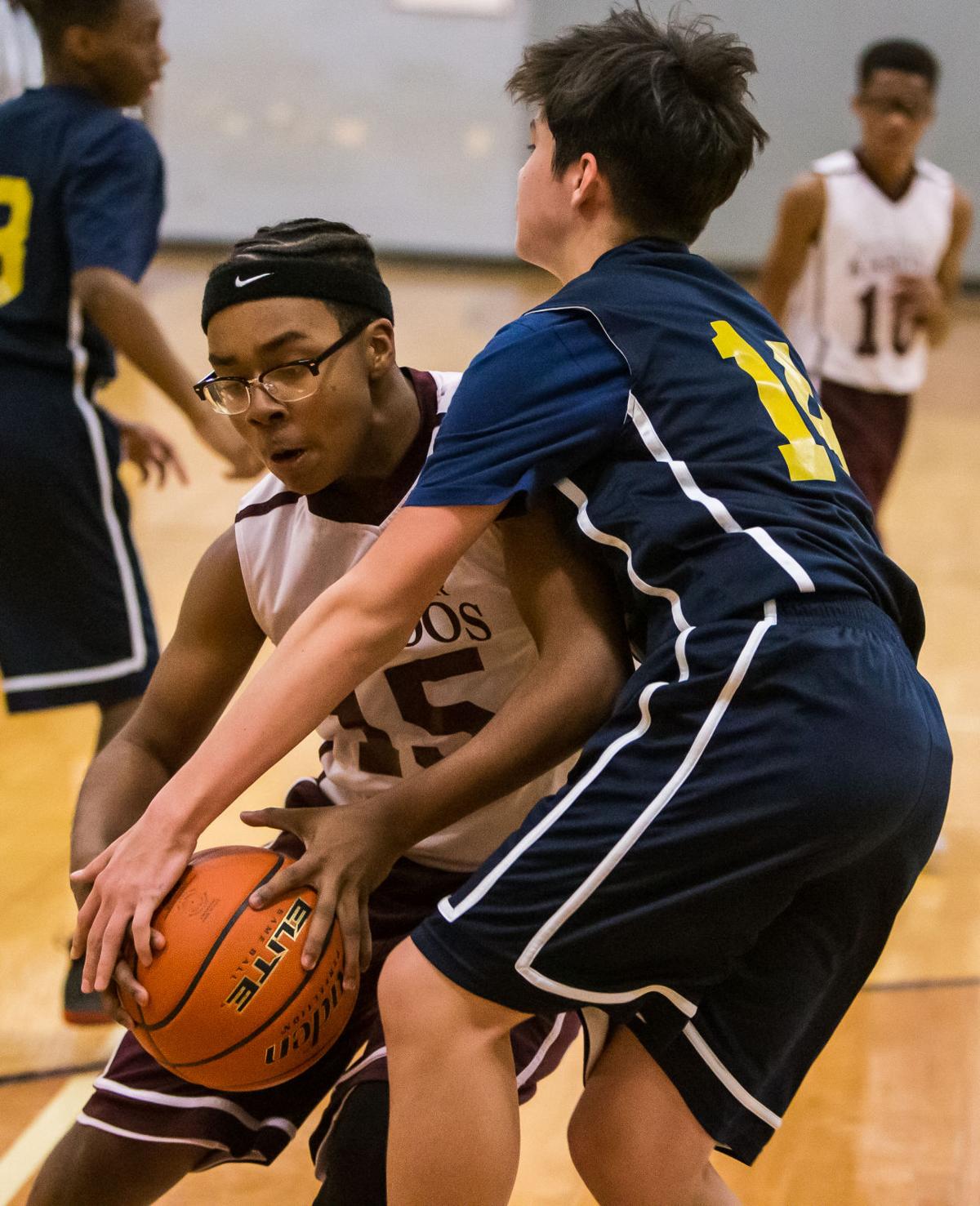 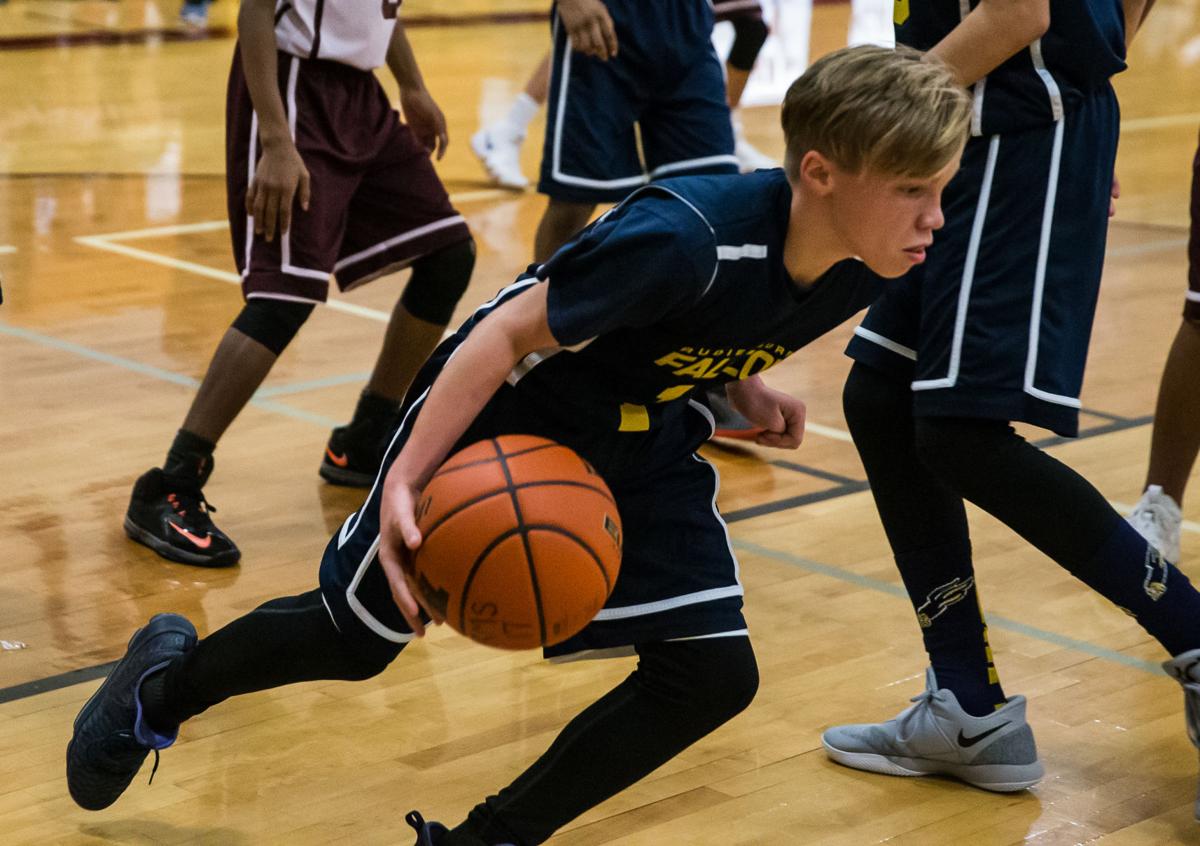 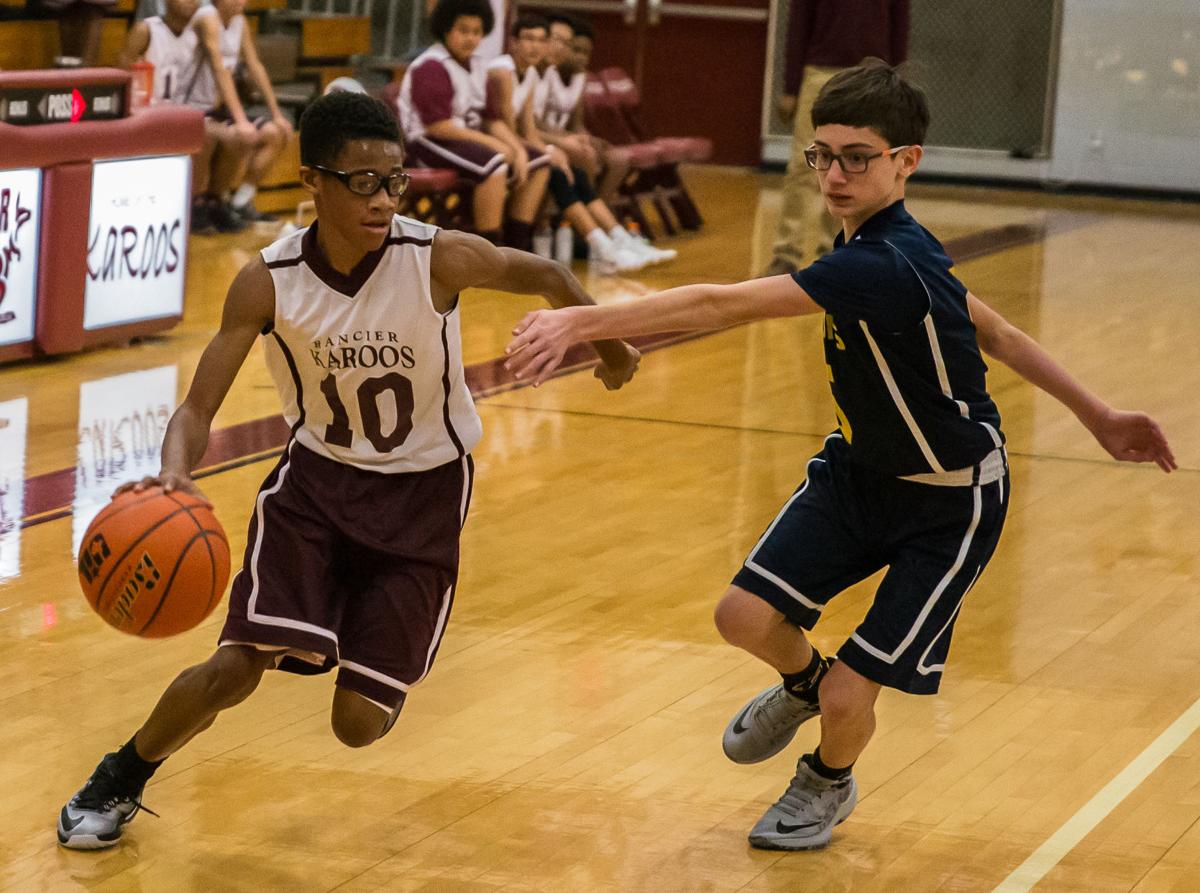 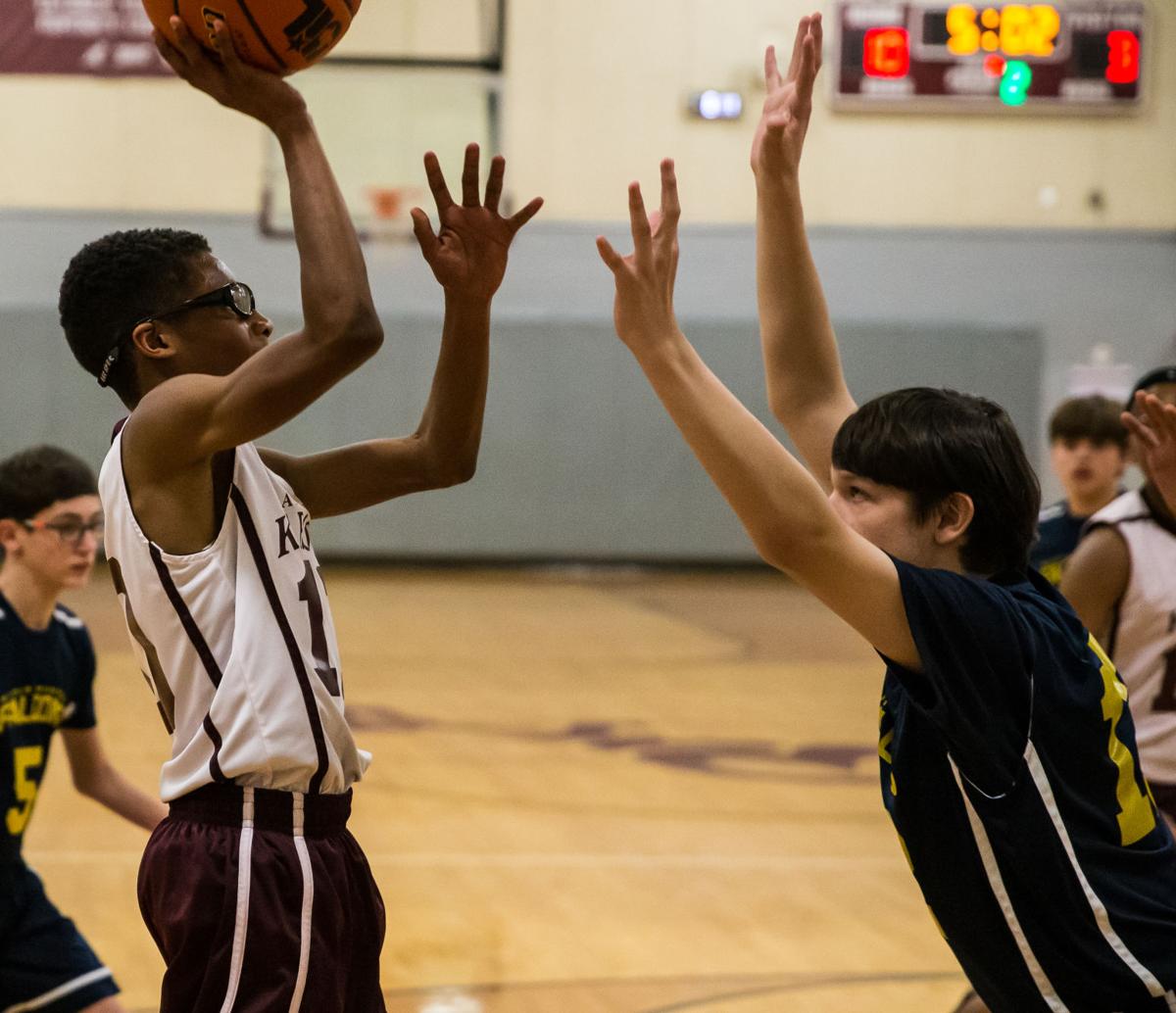 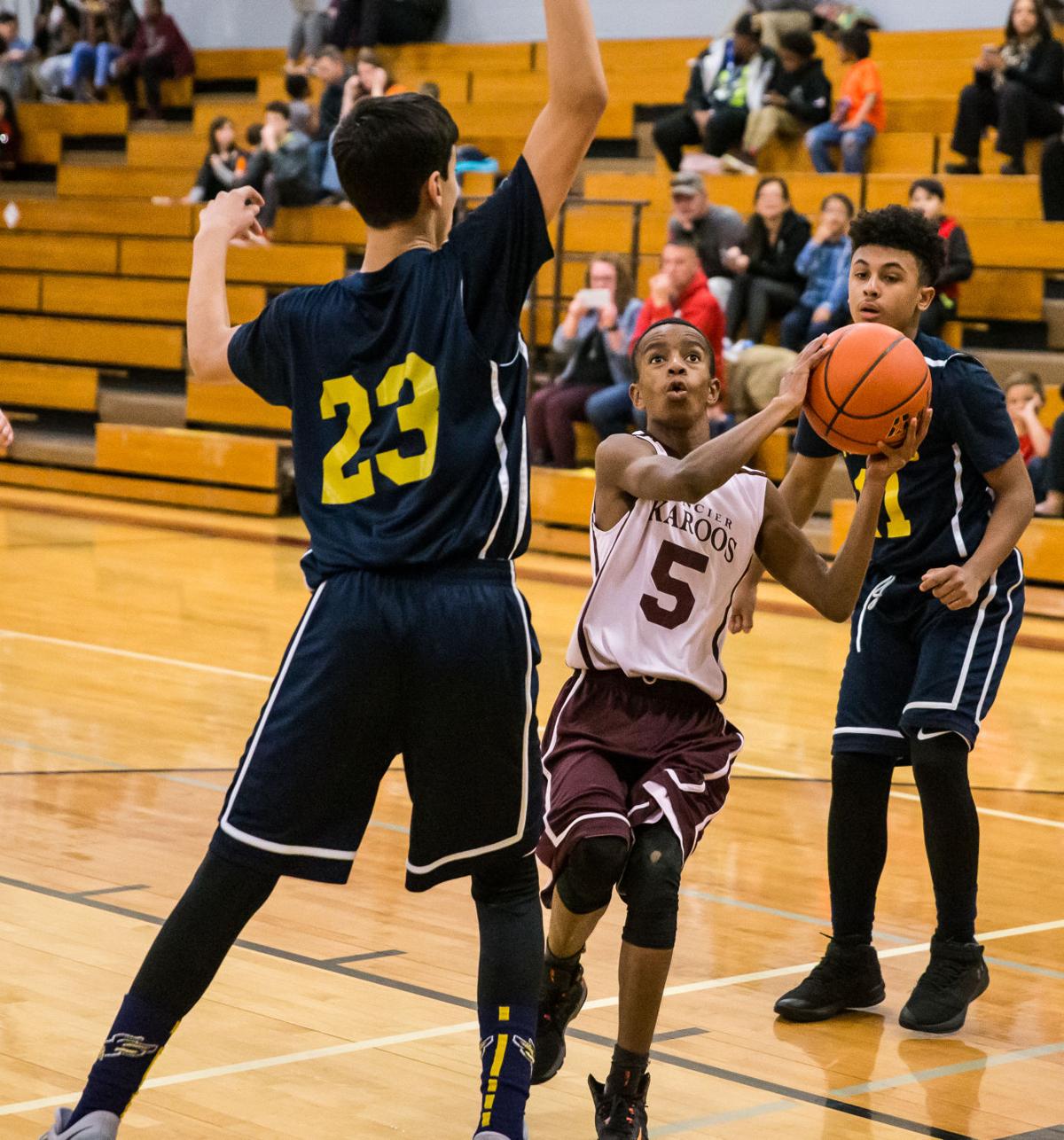 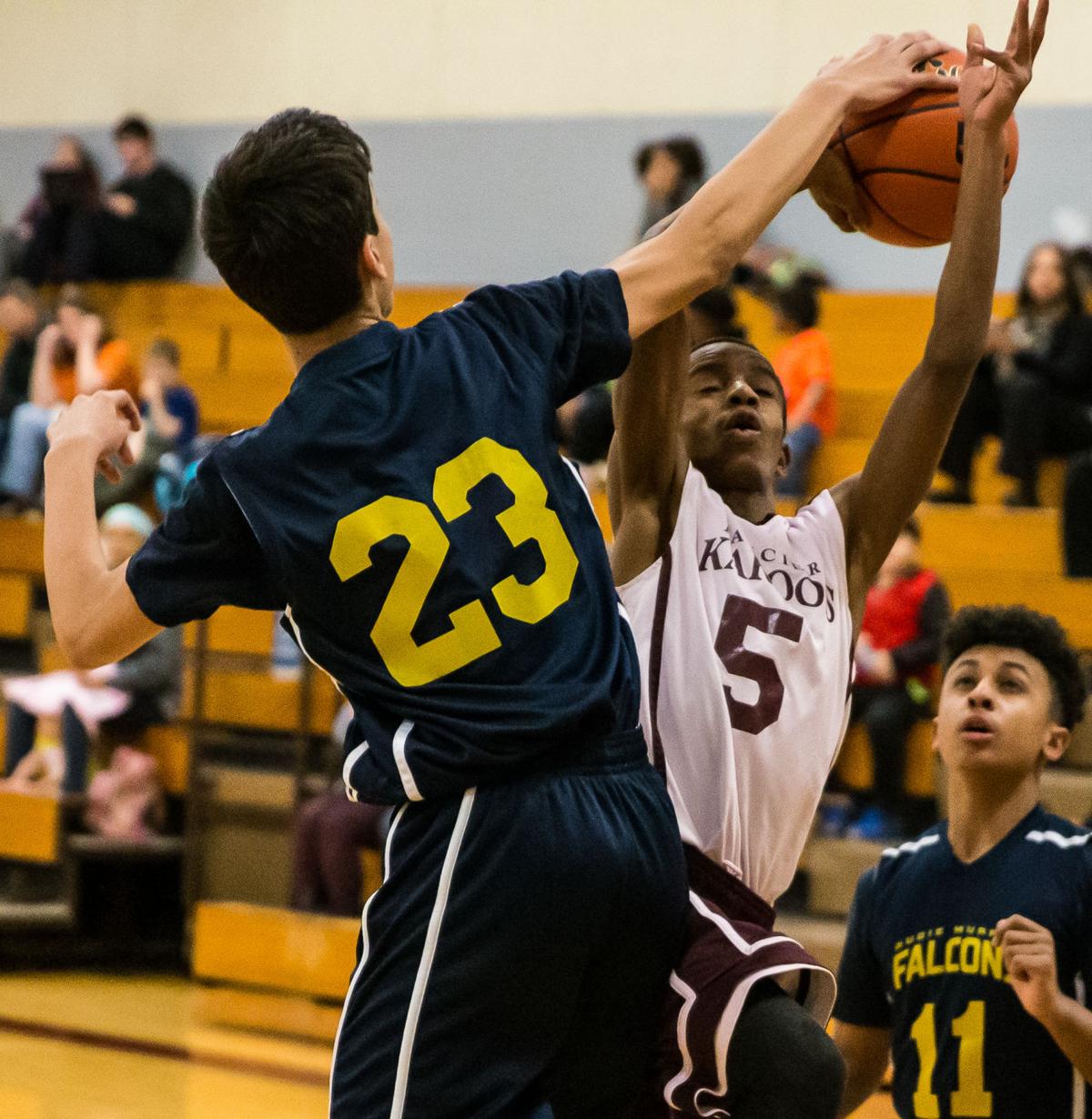 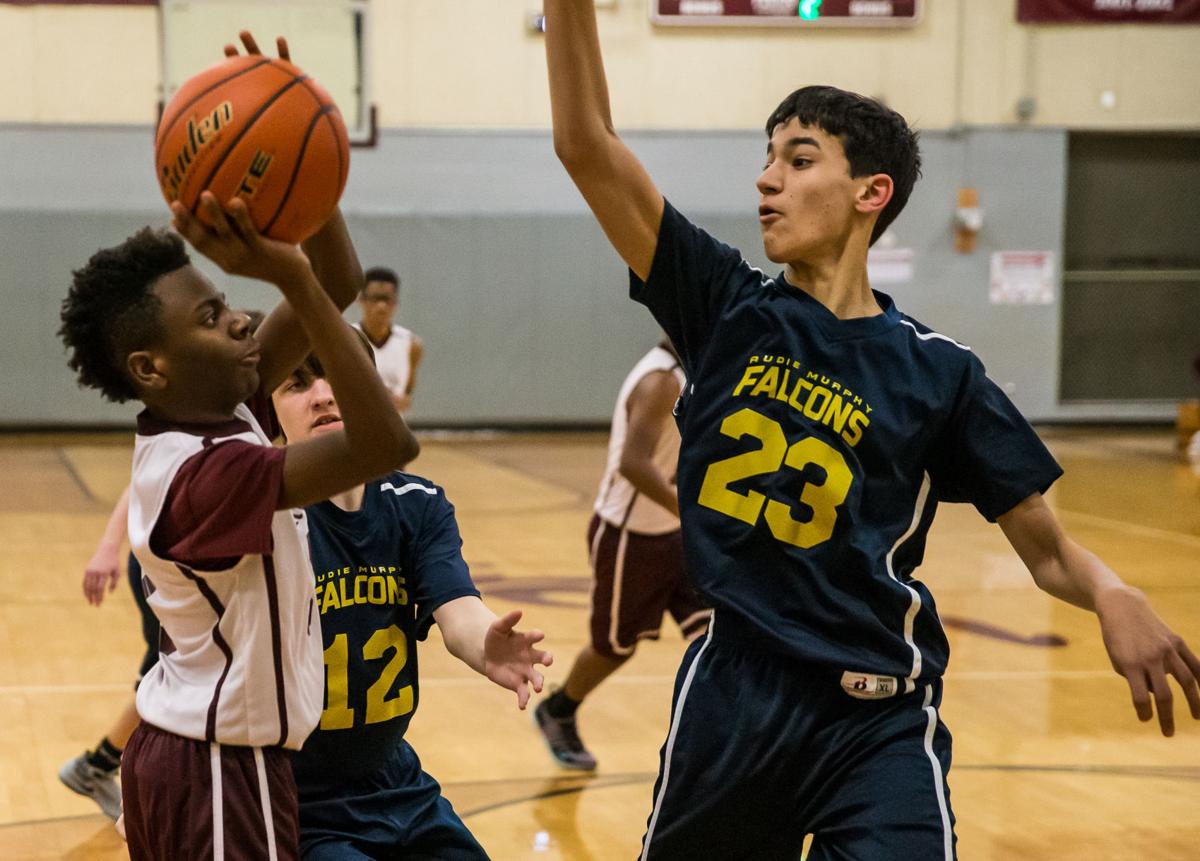 Derrick Lynch scored on a layup in overtime, and Alex Angulo added a pair of clutch free throws to lift the Palo Alto eighth-grade A-team Patriots to their first conference win, 45-42 in overtime at Eastern Hills on Thursday in Killeen ISD middle school basketball action.

With Palo Alto trailing by three, Azriel Martinez came off the bench in the fourth quarter and quickly made a pair of 3-pointers to give the Patriots the lead.

SMITH 8A 45, MANOR 8A 17: Adam Oladipo scored 15 points, and Khristian Wilkerson added 13 in the Leopards’ victory.

RANCIER 8A 48, AUDIE MURPHY 8A 20: At Rancier, Myles Thomas had 10 points and seven rebounds for the Karoos in a victory over Audie Murphy.

PALO ALTO 8B 37, EASTERN HILLS 8B 12: At Eastern Hills, the Patriots shut out Eastern Hills in the first half en route to a victory.

Moses Colbert and Timothy Ramsey were the only scorers in the opening half, each scoring four as Palo Alto took an 8-0 lead.

In the third quarter, Ediel Bermudez provided the offensive spark the Patriots were looking for, scoring 16 points in the period. Eccles Brown, Keyshawn Wright and Kaleb Edwards all pitched in offensively to help Palo Alto finish the win.

RANCIER 8B 22, AUDIE MURPHY 8B 13: At Rancier, Aristotle Rhoades led the Karoos with five points, two assists, and five steals in the win.

PALO ALTO 7A 56, EASTERN HILLS 7A 18: DaRayvion Starling tossed in 38 points and the Patriots clicked on all cylinders in a victory.

LIBERTY HILL 7A DEF. NOLAN 7A: Jamari Alexander scored 27 points, including four 3-pointers, and the Lions pulled away in the fourth quarter for a victory.

PATTERSON 7A 37, UNION GROVE 7A 26: Kameron Ervin scored 19 points and the Cavaliers improved to 2-1 in conference play.

The Cavs struggled early, but held Union Grove to two points in the second quarter and led 18-10 at halftime.

Tommy Clark helped Patterson win the battle of the boards.

The Patterson seventh-graders travel to Live Oak Ridge on Thursday and will be playing for a high seed in the postseason championship tournament.

PALO ALTO 7B 23, EASTERN HILLS 7B 12: Jesus Cosme and Jaydon Pangelinan each scored 11 points to lead the Patriots to a victory.

Other scorers for Liberty Hill were Maverick Overson and Zennie Peterson (eight points each), Anthony Maynard and Hezekiah Snooks (six each), Rayford Jones (four) and Ethan Moore and Jaiden Fletcher (two each).

UNION GROVE 7B 33, PATTERSON 7B 29: The Grizzlies rallied to beat Patterson.

Darius Green and Micah Casson each had five points to lead Patterson. Other scorers for the Cavaliers were Kareem Mobley and J’Shaun Piernas (four each), Ramsey Martinez, Daniel Winston, Demetrius Kapono-Wilson, Taevin Manglona and Tyrone McKnight (two each) and Zion Jones (one).

PATTERSON 7A 48, UNION GROVE 7A 13: Iyanna Billups had 22 points, four assists, three rebounds and three blocks to lead the Lady Cavaliers to a win.

Maddison Culver was the top scorer for Union Grove (1-1 conference).

PATTERSON 7B 26, UNION GROVE 7B 6: Kennedy Hattix scored 10 points to lead the Lady Cavaliers to a victory.

PATTERSON 8A 47, UNION GROVE 8A 13: Deyanna Reed had 20 points and six steals to lead the Lady Cavaliers to a victory.

LIBERTY HILL 8A 35, NOLAN 8A 24: At Liberty Hill, Dejah Stockard scored 11 points in the loss for Nolan. She also led her team in rebounding and steals.

PATTERSON 8B 26, UNION GROVE 8B 11: Natalya Senat and Whitney Akpablie each scored six points in the Lady Cavaliers’ victory.

Patterson led 25-22 at halftime, but the Lions used a 12-5 third quarter to get back in front. Liberty Hill built a double-digit lead in the final period, but the Cavs used turnovers to cut into the lead before running out of time.

The Lions beat Bonham 56-30 in the semifinals behind Keller’s 32 points.

Bonham trailed by just five at halftime, but the Lions went on a 21-3 run in the third quarter to take control.

Ramirez added 15 points for Liberty Hill. Other scorers were Ramos (three points), Yomil Estrada and Daniel Lanxon (two each) and Darrius Brown and Jeremy Jennings (one each).

PALO ALTO 8A 47, RANCIER 8A 28: Tramari Randles led the defeated Karoos with 10 points.

RANCIER 8A 45, LIVE OAK RIDGE 8A 43: At Ellison, Ma’alik Walker had 10 points and 13 rebounds as the Karoos overcame a 13-point halftime deficit for the win.