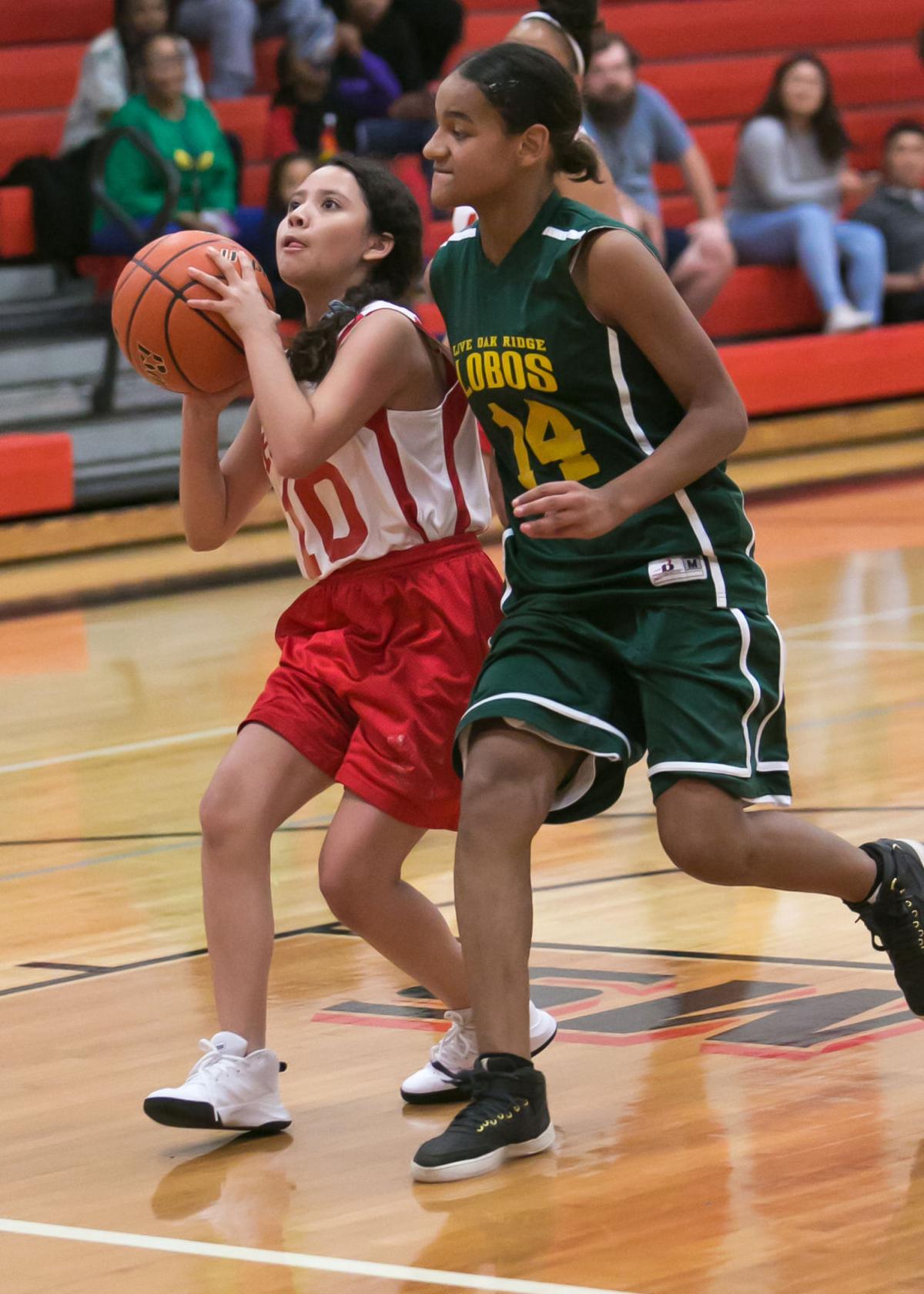 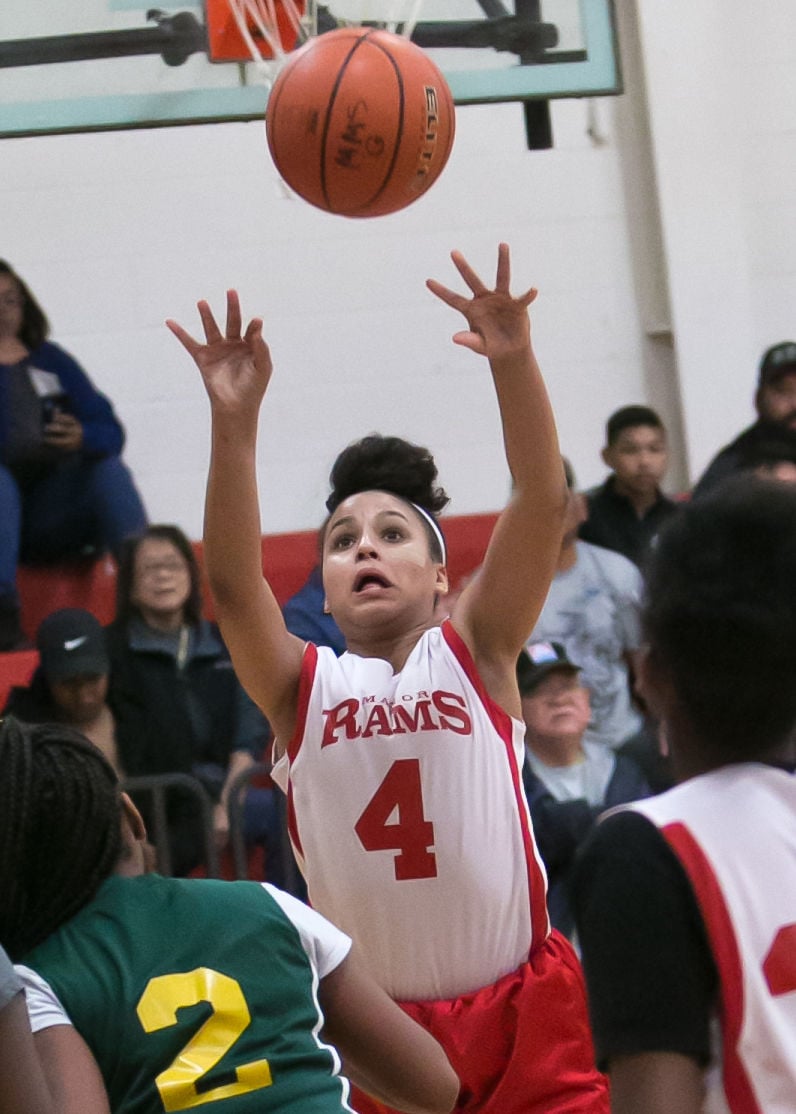 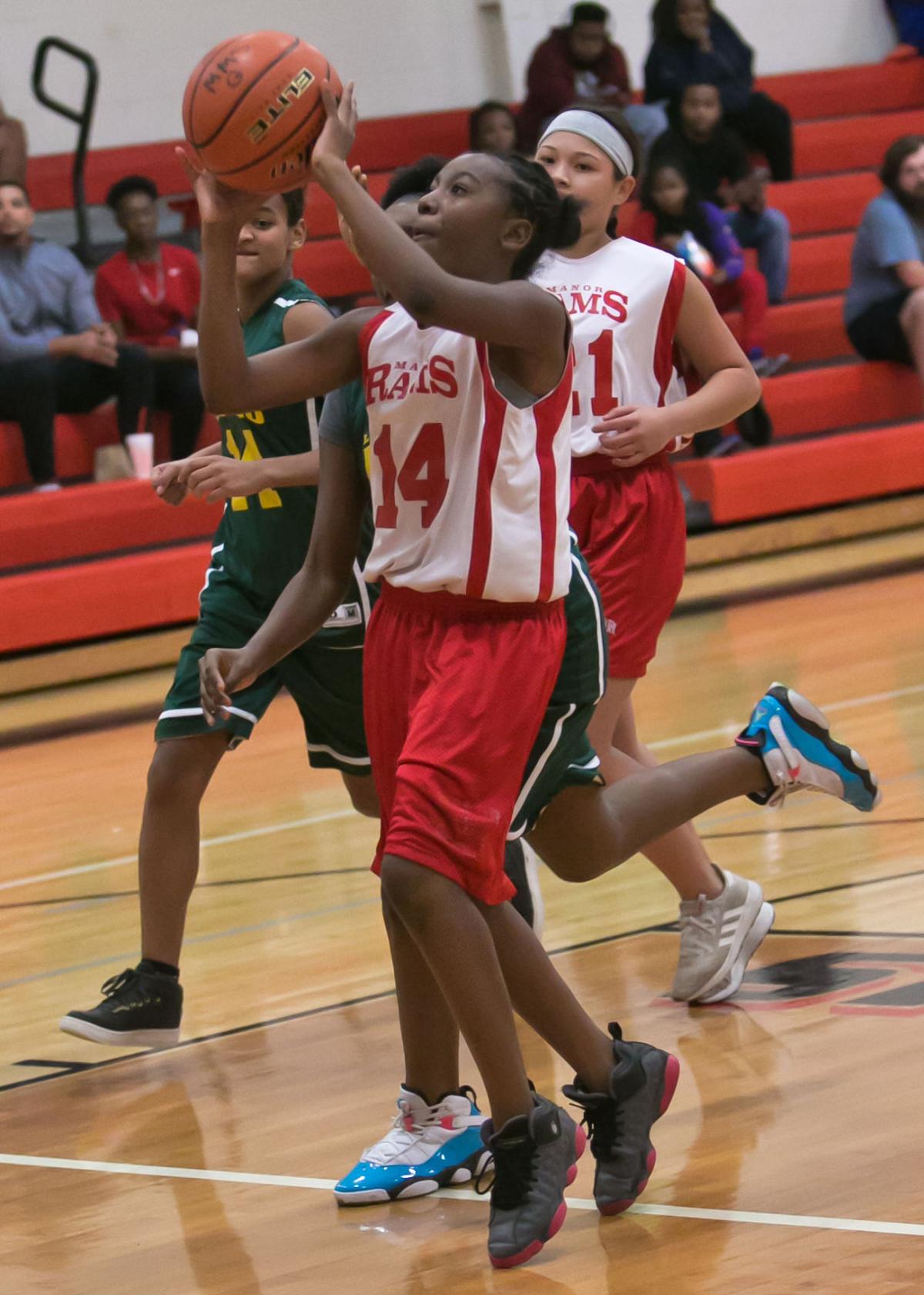 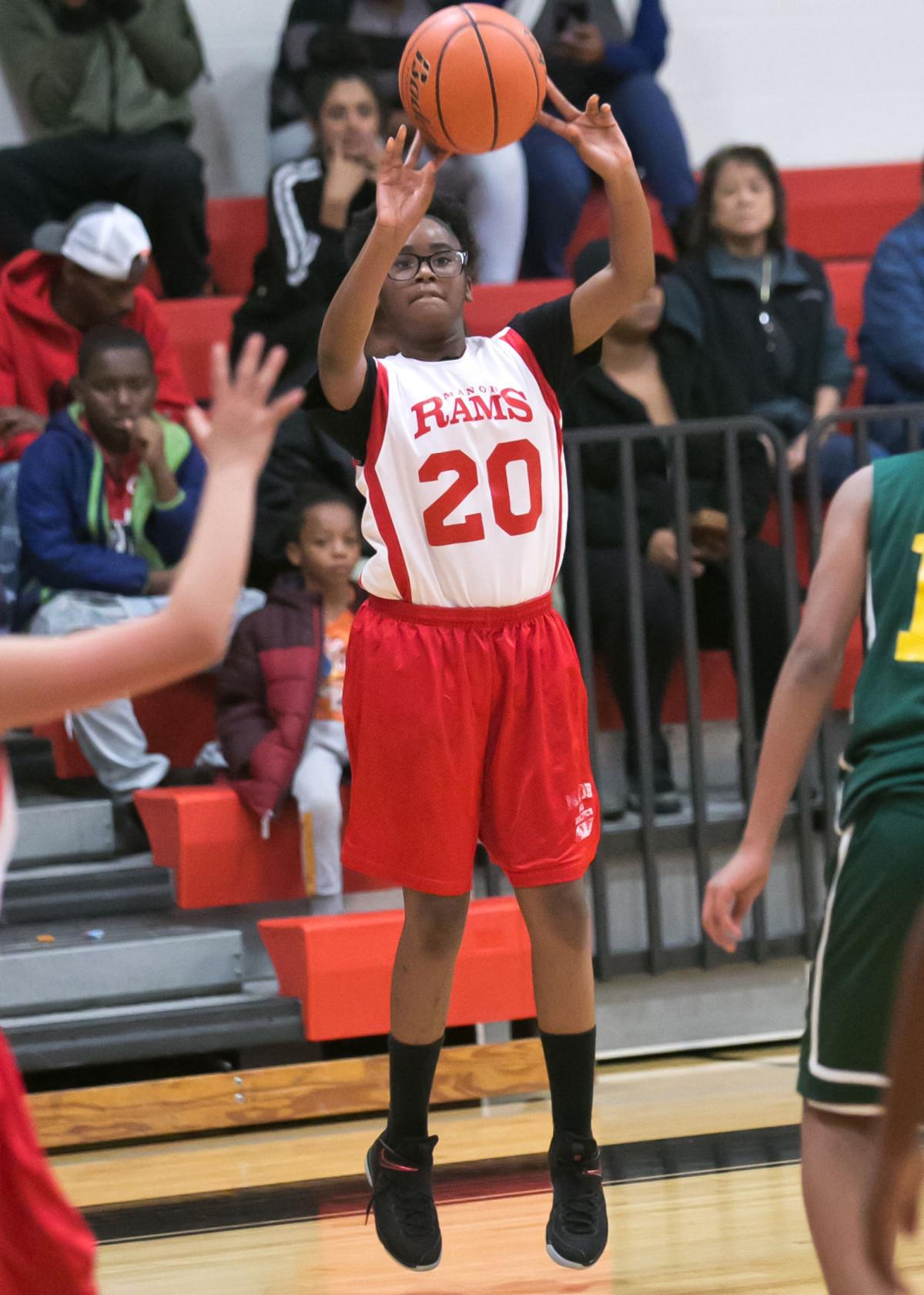 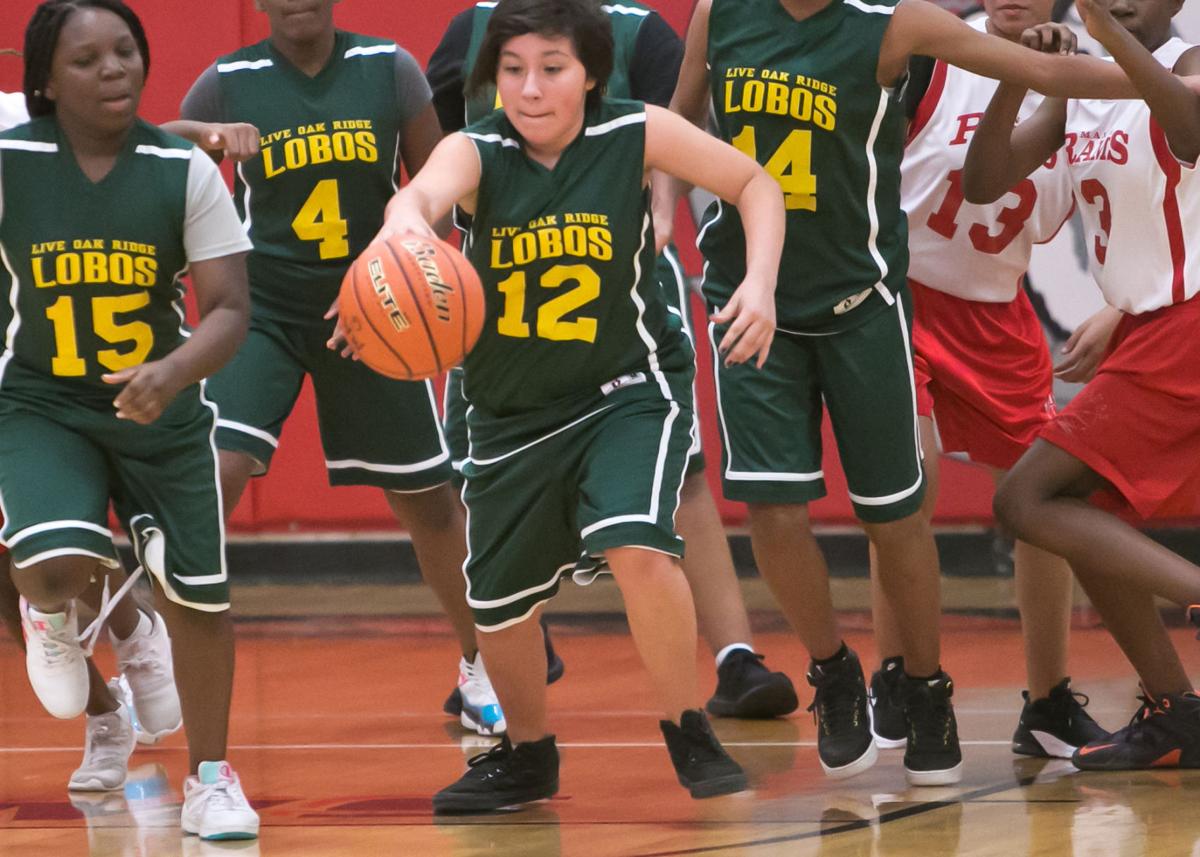 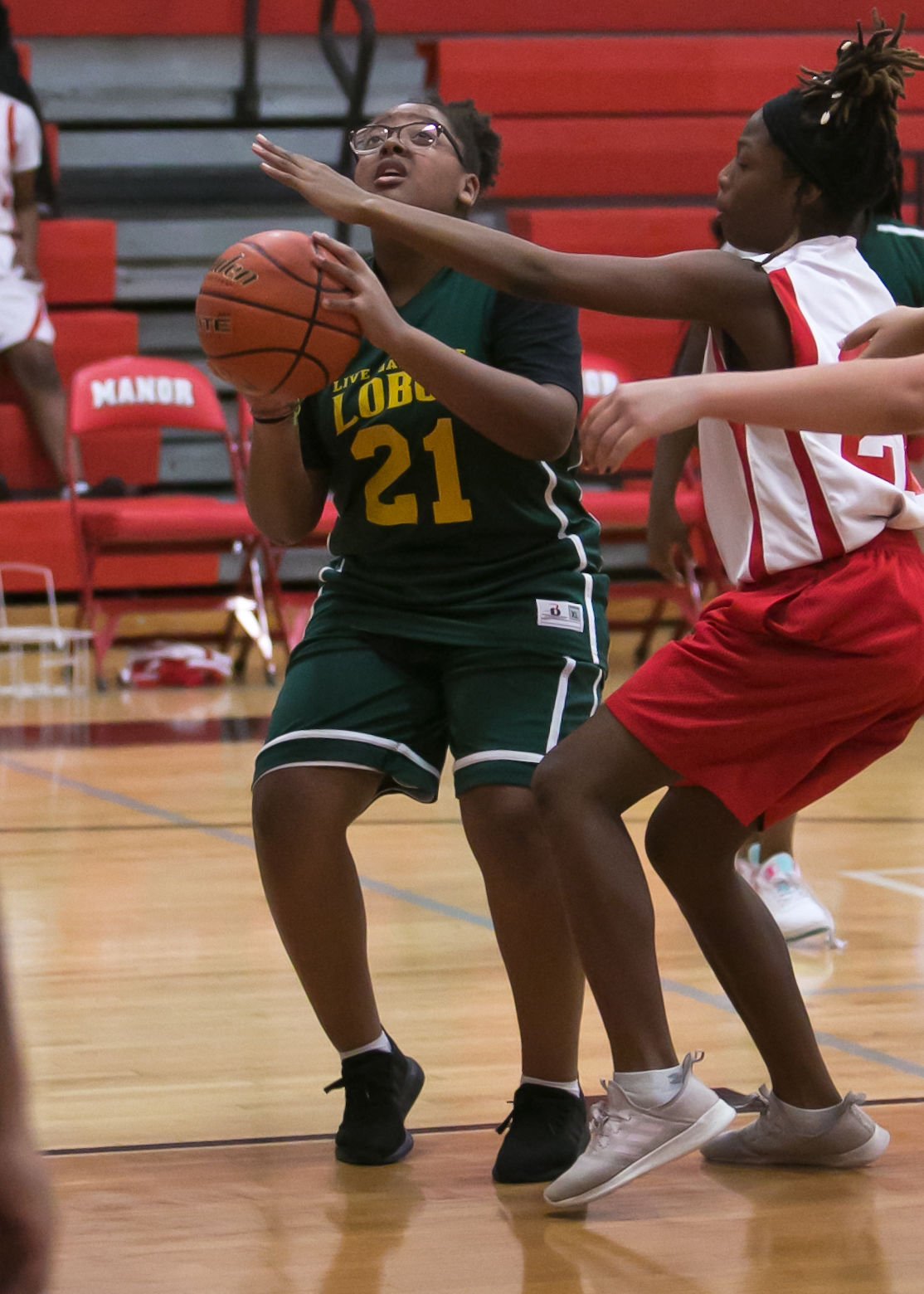 Live Oak Ridge's Maliyah Grey (21) drives into the paint against Manor during a seventh-grade game Monday at Manor Middle School. 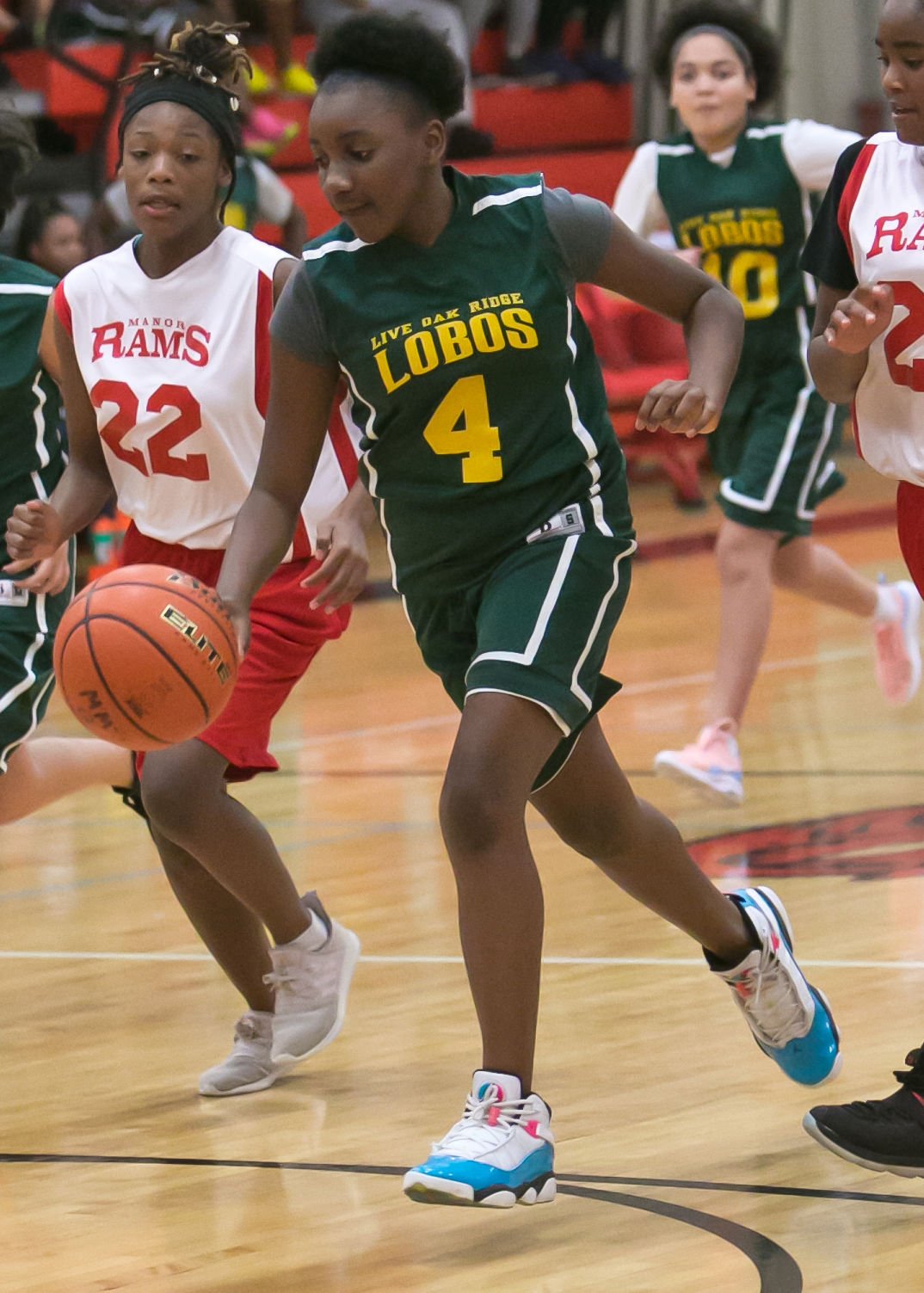 Live Oak Ridge's Chasity VanDyke (4) drives to the basket against Manor during a seventh-grade game at Manor Middle School. 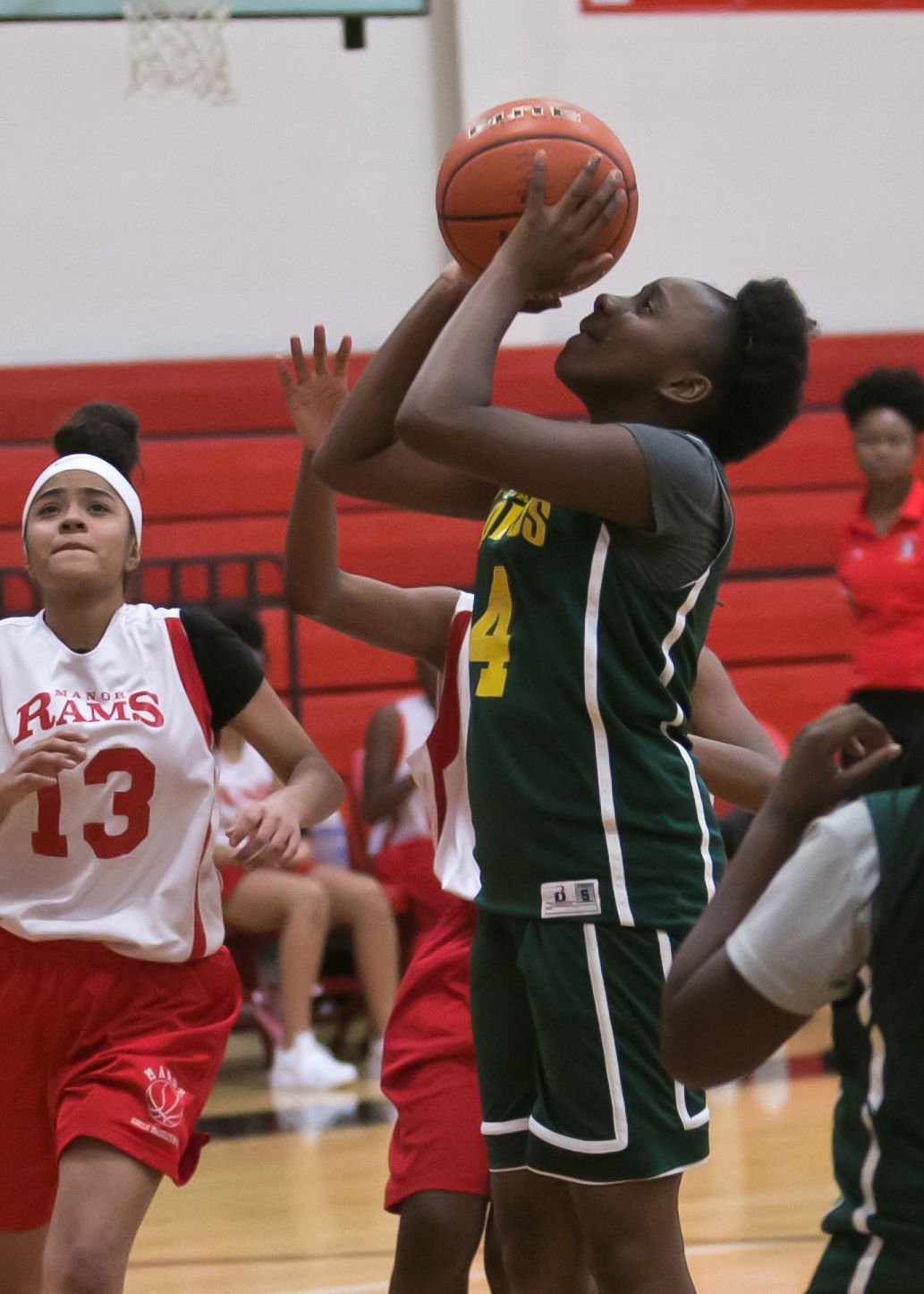 Live Oak Ridge's Maliyah Grey (21) drives into the paint against Manor during a seventh-grade game Monday at Manor Middle School.

Live Oak Ridge's Chasity VanDyke (4) drives to the basket against Manor during a seventh-grade game at Manor Middle School.

Zy’Riyan Evans led three players in double figures with 16 points and the Liberty Hill seventh-grade A-team Lions improved to 2-0 on the season with a 51-26 win on Thursday at Union Grove.

The seventh-grade Lions are off this week and return to action Dec. 19 against Audie Murphy.

LIBERTY HILL 7B 18, UNION GROVE 7B 16: At Union Grove, Zavier Fenn scored 11 points and the Lions rallied for a win on the road.

PALO ALTO 8A 52, PATTERSON 8A 24: Kameron Ervin led the defeated Cavaliers with 16 points.

Other scorers for Patterson were Je’Vone Brabham (three points), Demarko Williams and D’Kodah Adams (two each) and Courtney Hollinger (one).

PATTERSON 8B 36, PALO ALTO 8B 28: Nathaniel Davenport scored nine points in the win for the Cavaliers.

PATTERSON 8B 24, PALO ALTO 8B 23: Kesean Meeks scored eight points as the Cavaliers edged the Patriots.

The teams combined for 30 points in the fourth quarter. Patterson led 10-7 after three periods.

Other scorers for the Cavs were Diego Coleman (four points), Darius Green and Andray Marion (three each), Eric McDonald and Jamel Custis (two each) and Zion Jones (one).

LIBERTY HILL 7B 25, SMITH 7B 21: Dytarius Varnado scored 13 points and the Lions held on to beat the Leopards.

Other scorers for Liberty Hill were Zyrell Williamson (five points), Zavier Fenn and Yasin Echevarria (three each) and Karter Collins (one).

Delphine Ndoye and Aniyah Williams contributed with strong rebounds. Mya Torres was strong with the ball and led at point guard.

After allowing 35 first-half points, the Lady Patriots yielded just 10 after the break.

PALO ALTO 8B 24, PATTERSON 8B 21: Marna’e Phillips scored 16 points to lead the Lady Patriots to a victory.

Iyanna Straughter was a rebounding and defensive standout. Hamida Botchway, Justice Jackson and Shawn Mayes also contributed to the win.

UNION GROVE 7B 26, LIBERTY HILL 7B 8: At Union Grove, Bryanna Hinojosa led the Grizzlies with six points in the victory. Niyema Romero and Zoe Forney each added four.

PATTERSON 8B 33, UNION GROVE 8B 18: Kennedy Hattix finished with 13 points, four rebounds, four steals and two assists to lead the Lady Cavaliers to a victory.