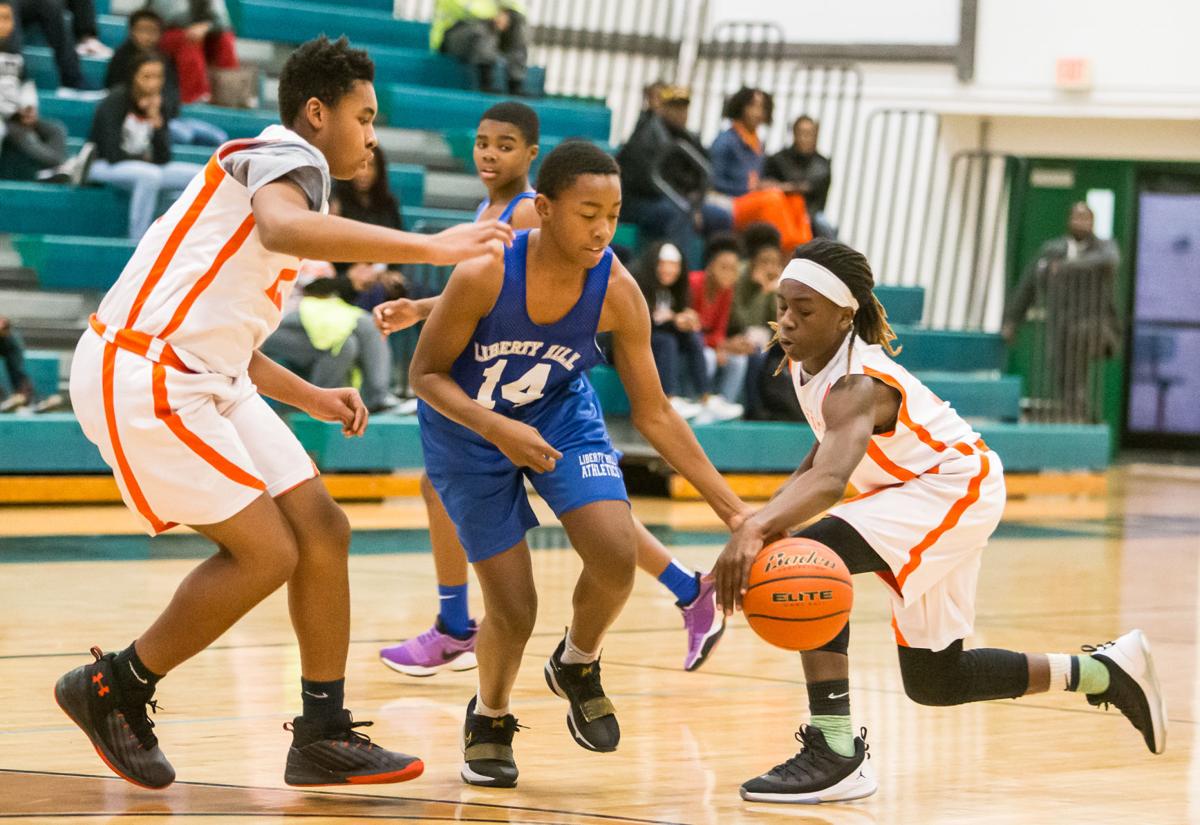 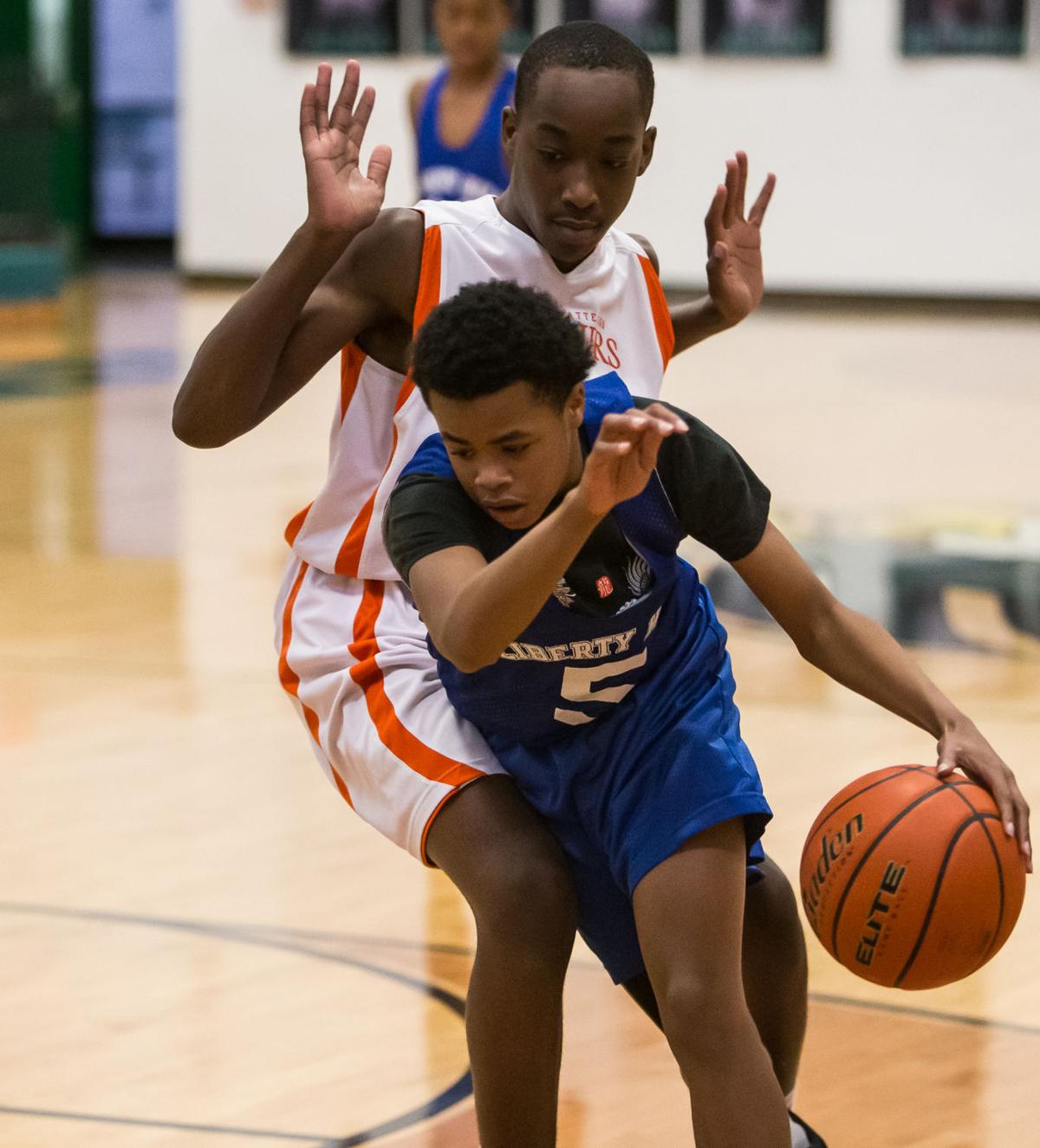 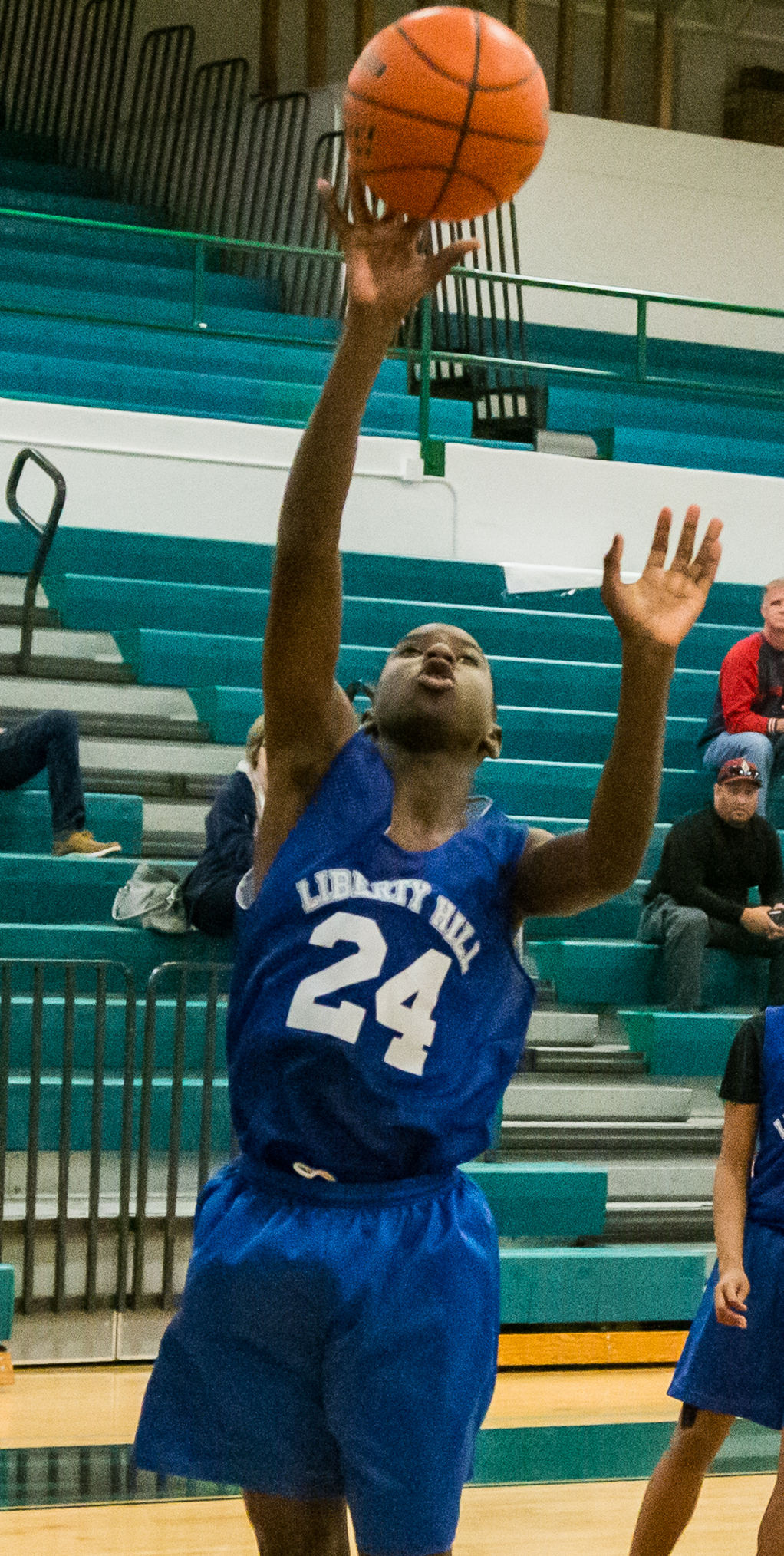 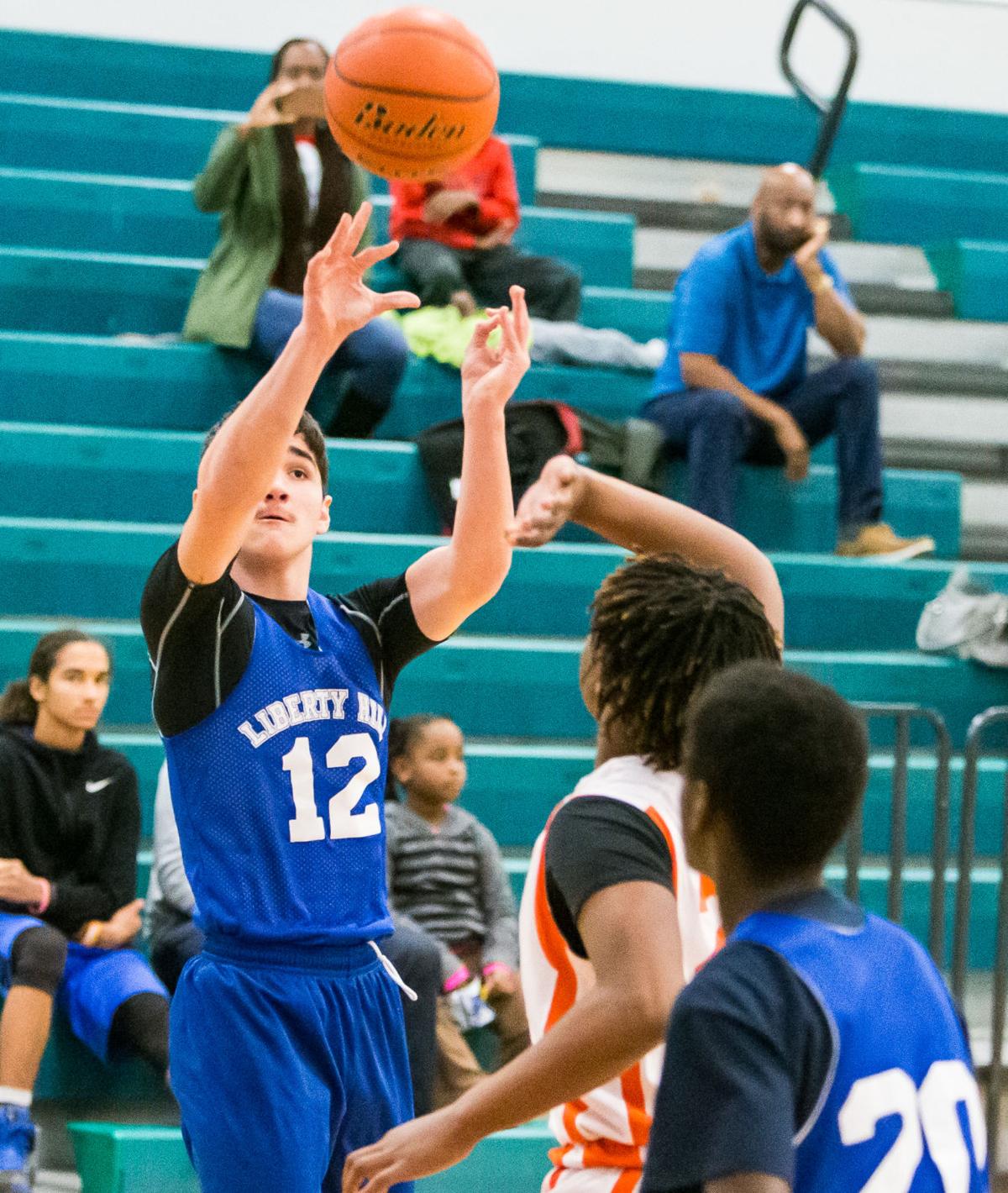 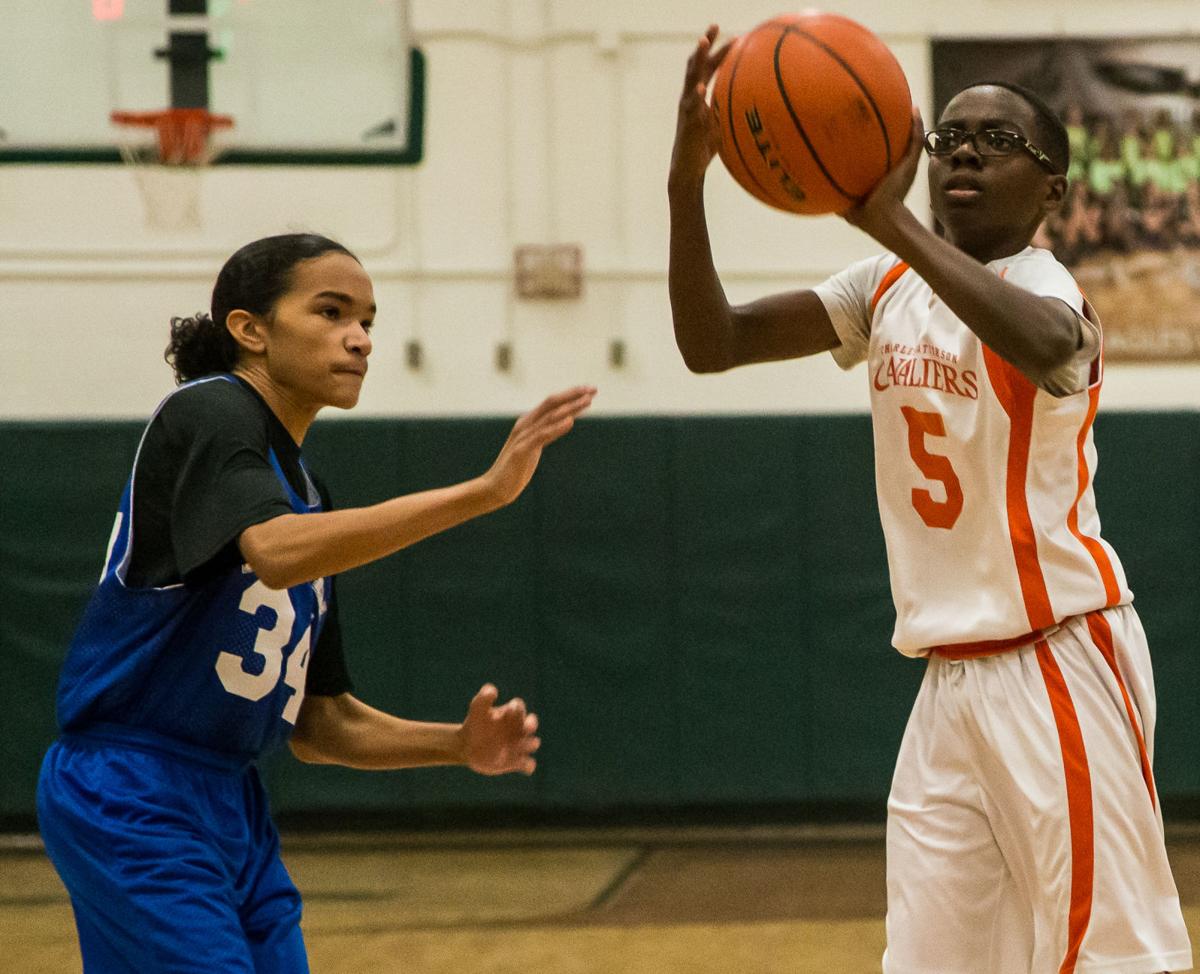 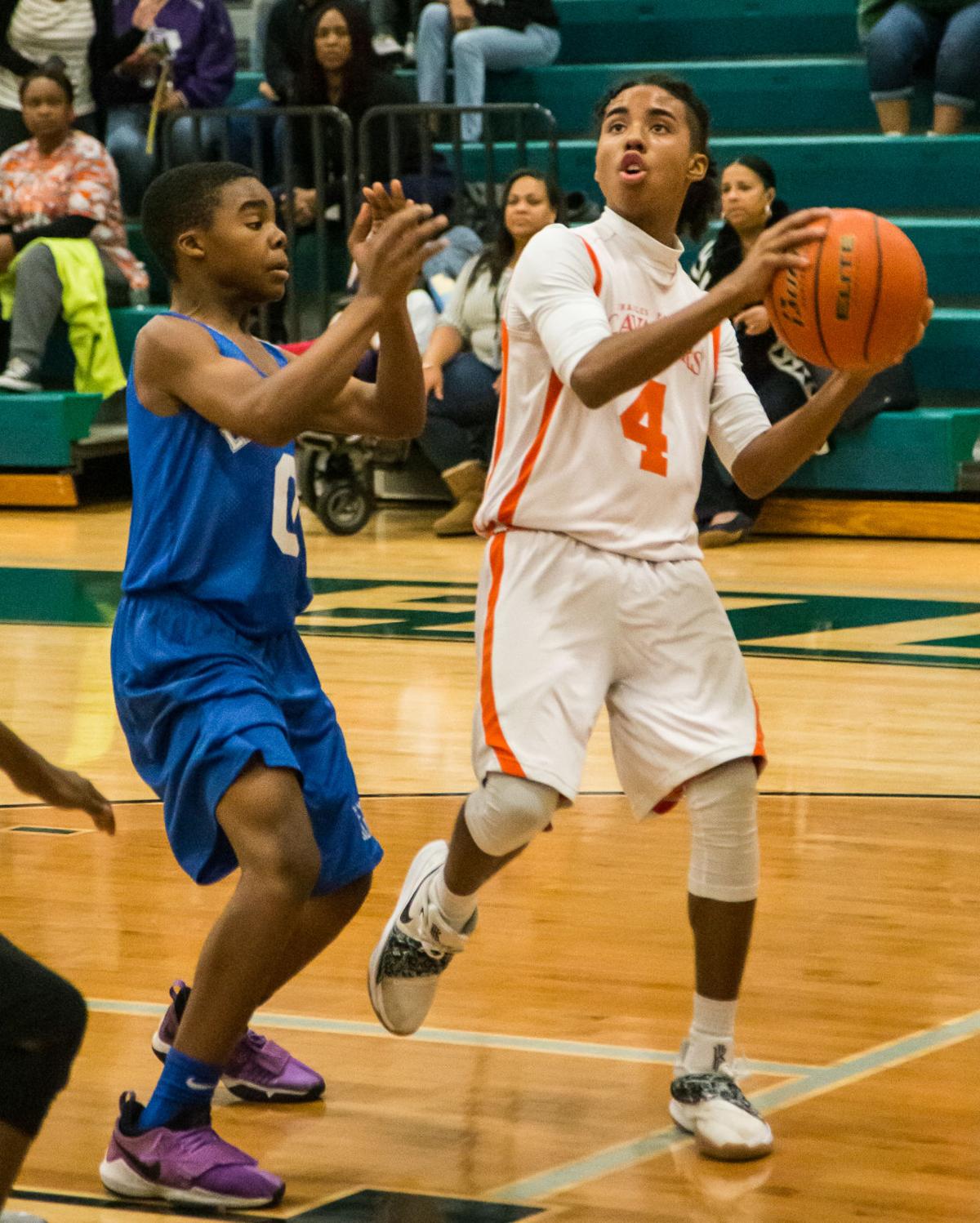 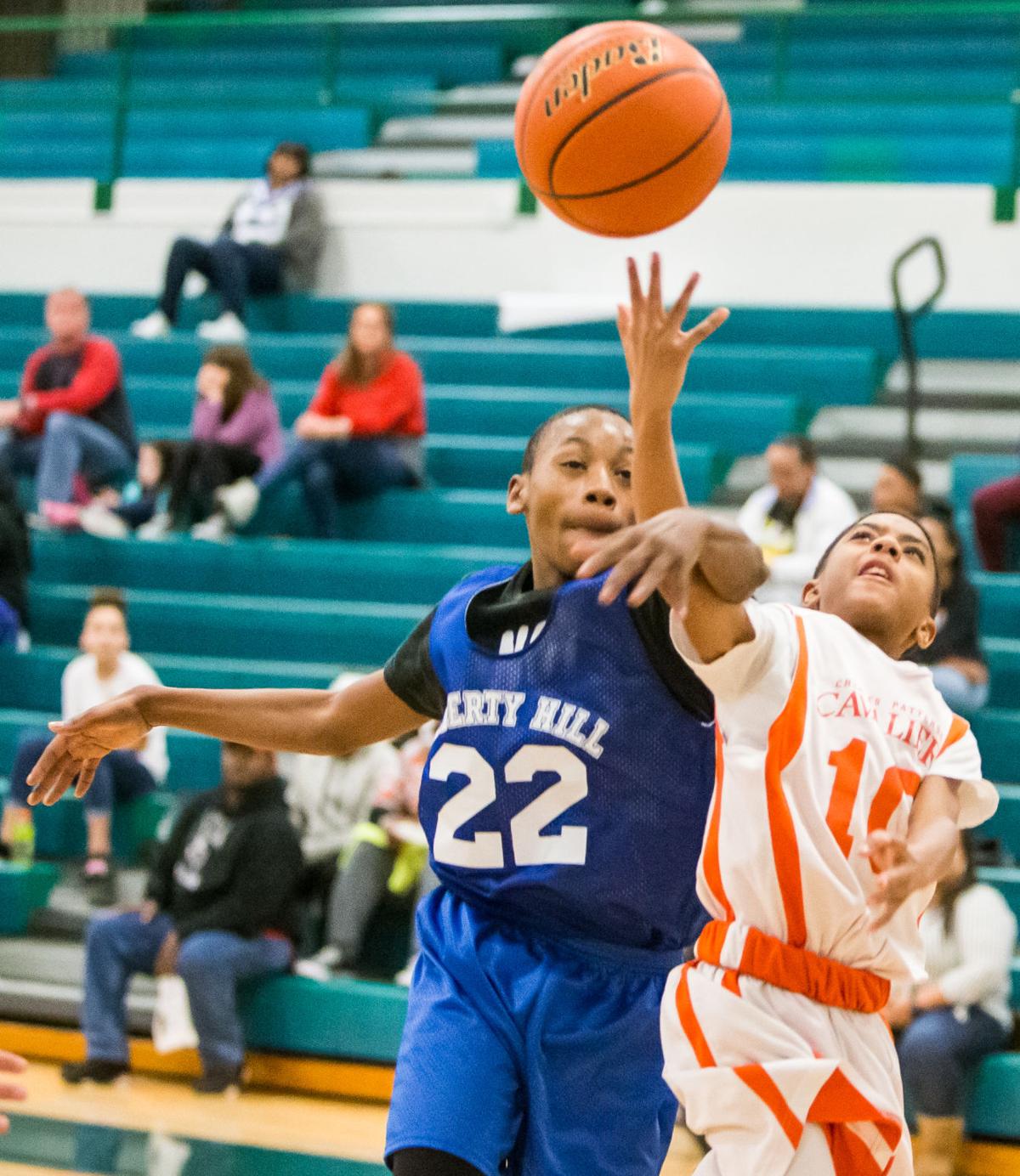 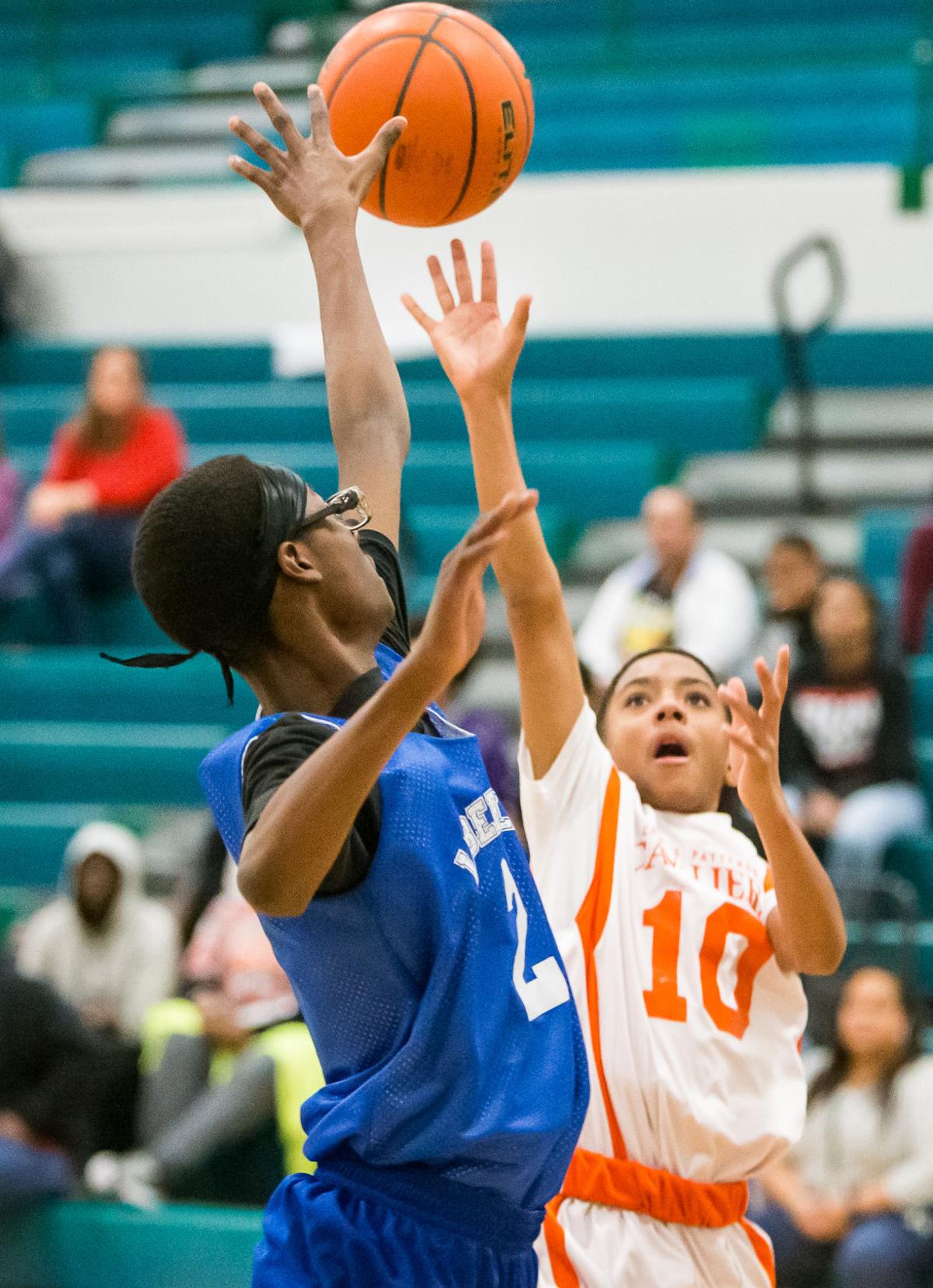 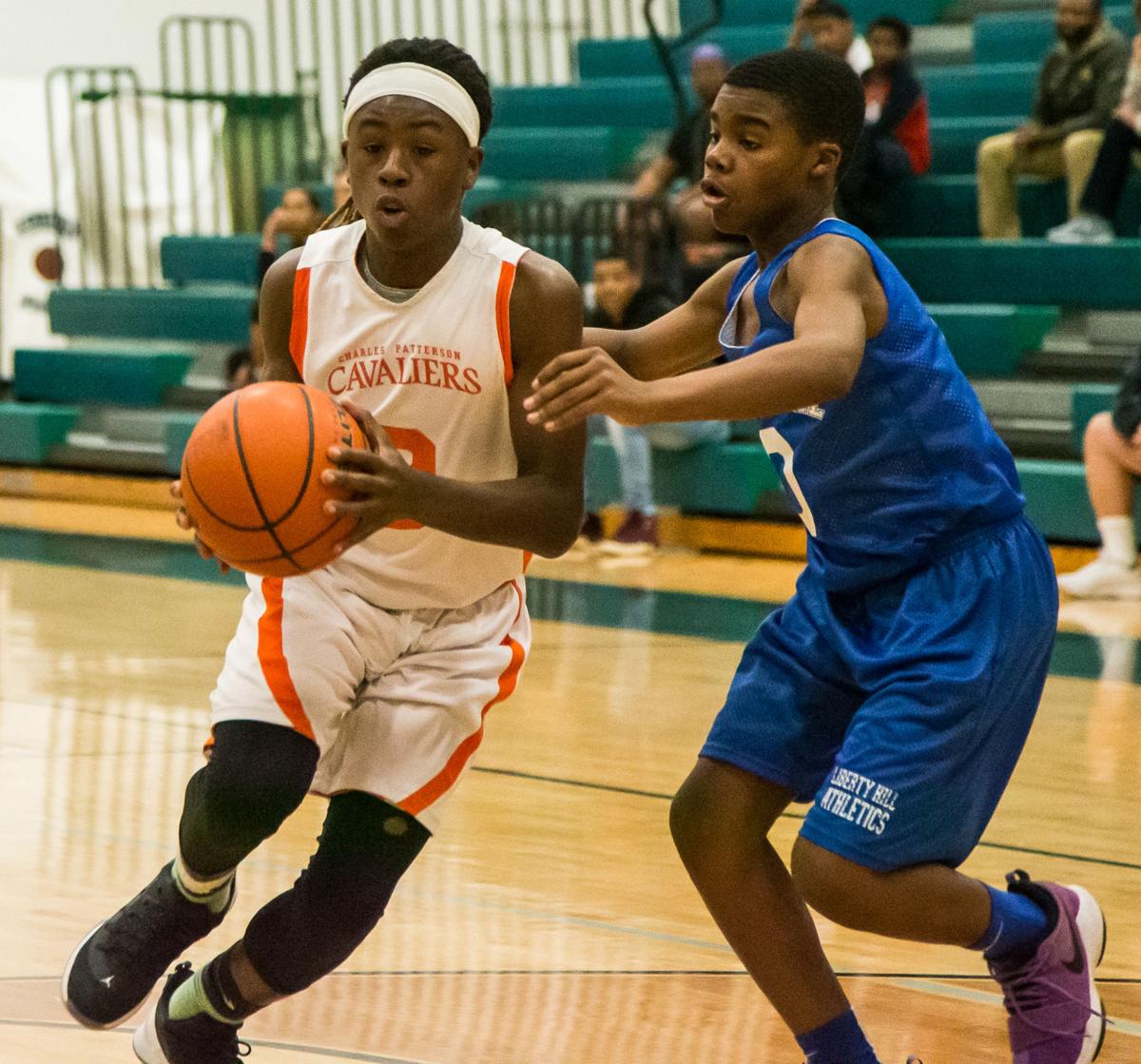 SMITH 8A DEF. AUDIE MURPHY 8A: Justin Cordova led all scorers with 13 points and added two rebounds, two assists and two steals to help the Leopards get the victory.

Isreal Grant dominated the boards, pulling down 15 to go along with 10 points.

LIVE OAK RIDGE 8A 53, PALO ALTO 8A 51: The Patriots fell behind 17-9 early, then rallied for a halftime lead before falling to the Lobos in a thriller.

MANOR 8A 52, RANCIER 8A 28: Tramari Randles had eight points and five rebounds to lead the defeated Karoos.

RANCIER 8B 35, MANOR 8B 33, OT: Jermaine Gaffney had 17 points, 10 rebounds and one huge steal to lead the Karoos to a win in sudden-death overtime.

Down by six at the half, the Karoos rallied in the second half to tie the game and force the extra period.

In the overtime, Gaffney stole the ball near halfcourt, drove to the basket and finished with a nifty, left-handed layup to end the game.

PATTERSON 8B 40, LIBERTY HILL 8B 28: Zavian Tibbs scored 12 points to lead the Cavaliers to a win.

PALO ALTO 8B 34, LIVE OAK RIDGE 8B 16: Timothy Ramsey scored 14 points to lead the Patriots to a victory.

SMITH 7A 47, AUDIE MURPHY 7A 21: The Leopards outscored Audie Murphy 29-4 in the second half to remain unbeaten.

The run by Smith (3-0) was led by great ball movement from CJ Tye and Jerrod Hicks. Isaac Hawthorne was relentless on the offensive end attacking the basket. Alejandro Barrientos, Lederion Grant and Tomas Sias played with excellent court awareness and spacing on the offensive and defensive ends.

Kameron Ervin scored 29 points for the Cavaliers, who played their best game of the season despite the loss.

LIBERTY HILL 7B 33, PATTERSON 7B 23: At Patterson, Taevin Manglona and Diego Coleman each scored four points to lead a balanced scoring attack by the defeated Cavaliers.

Other scorers for Patterson were Kareem Moble (three points), Micah Casson, J’Shaun Piernas, Daniel Winston, Damien Johnson and Eric McDonald (two each) and Ramsey Martinez and Tyrone McKnight (one each).

SMITH 7B 26, AUDIE MURPHY 7B 16: Sam Wells, O’shaun Brown and Antonio Saenz led the Leopards offensively in a strong second half that led to a victory.

Daveon James and Kacy Kincade were defensive standouts for Smith (1-2).

PATTERSON 7A 27, LIBERTY HILL 7A 20: Iyanna Billups led the Lady Cavaliers to a win with 16 points, three steals and three blocks.

UNION GROVE 7A 42, EASTERN HILLS 7A 20: Grace Riggs scored 17 points to lead the Grizzlies to a win.

PATTERSON 7B 16, LIBERTY HILL 7B 14: Yessenia Davis had seven points, three rebounds and five steals in the Lady Cavaliers win.

UNION GROVE 7B 12, EASTERN HILLS 7B 6: Naviah Blizzard and Aaliyah Smith were crucial playmakers in the Grizzlies’ victory.

PATTERSON 8A 41, LIBERTY HILL 8A 16: At Ellison High School, Deyanna Reed had 18 points, four assists, four rebounds and 11 steals for the Lady Cavaliers, who jumped out to a quick lead and never looked back.

PATTERSON 7A 26, UNION GROVE 7A 21: Iyanna Billups had 15 points and three steals to lead the Lady Cavaliers into the championship game.

PATTERSON 8A 43, NOLAN 8A 9: Deyanna Reed had 18 points, five rebounds and six steals in the Lady Cavs’ semifinal win.